Confessions of a supplement addict

A year ago, if you'd asked me if I feed supplements, I'd've scoffed. With a barn full of relatively easy keepers, and one horse who was ultra-sensitve to sugar, what need did I have of supplements? I fed (and still do) a high-quality ration balancer for the hoovers, and a low-starch Senior feed for the others. Add in good-quality grass hay and free-choice salt (both loose and block-style) and there was no need to send SmartPak a large chunk of my paycheck every month. I did use a hoof supplement for Saga (Bioflax 20), but only after trying every other trick in the book to help him grow more sole.

Then I got Echo, and now food prep time has turned into a bad episode of Iron Chef.

Echo is your typical high-maintenance TB. He's got two related issues: he's rather on the thin side, and he very likely has ulcers.

When he arrived, you could see every rib in his body, despite being fed vast quantities of Senior feed and good hay at Adopted Horse Parent's farm. My goal in life became cramming more calories in, but Echo has a problem with this - he doesn't actually like to eat. Sure, he'll eat his grain, but hay is iffy. He'll eat it for a while, but then there are other things to do, like annoy Cash. Or stare off into space. Or watch the donkeys. Or the deer. Or the butterflies. And it doesn't matter what type of hay I give him either - alfalfa, T/A mix, and I've tried three different Coastal hay suppliers. He eats for a bit, and then he's just not into it. Cash helps some, in that Echo often eats when Cash does, but it's not enough. I feel like someone's Jewish grandmother, going "Eat, Liebschen, EAT!" every time I see Echo.

At the advice of my vet, I moved Echo from Senior feed to a Complete feed when he arrived, which has about 100 calories more per pound (roughly 1200 more calories/day for the same weight of feed). Unfortunately, it also has almost 2x as much NSCs, which is not good for his feet. In fact, he's been a little footsore of late, despite that nasty chunk of his hoof being almost grown out. If he's sensitive to sugar like Saga was, the feed could be contributing to him being footsore (it's also possible that the grass is contributing, but they are all limited to 2 hours per day of grazing, so that shouldn't be much of an issue). So we're switching him back to Senior (again on the advice of the vet, TC, and my farrier). But then we have to make up the calories somehow...

There are lots of ways you can do this. I've spent too much time researching options, and here's what I found and why I feed what I do:

I'm running out of options here, aren't I? Making horses fat is haaard! So here's what Echo DOES get to help him gain weight: 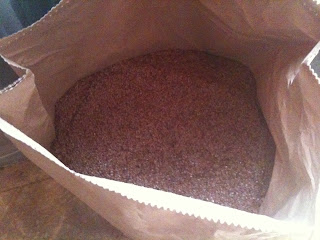 I get the people-grade version of this stuff in my breakfast cereal. Nomnomnom.

In addition to getting Senior and all the hay they can eat, Cash and Echo also get about 4 lbs of soaked, rinsed beet pulp each, 2x/day. Cash finds this easier to chew than hay, and Echo is more intent on finishing it than hay. Whatever it takes, right?

Of course, pouring all this feed into Echo won't do any good if he's got digestive issues. I have not had him scoped, but he shows some classic symptoms of ulcers. When I first got him, he would not let me groom or touch his belly, especially on the off side. He pawed constantly. He pinned his ears and nipped while being girthed. He wouldn't finish his feed. He was lethargic under saddle. And of course, despite all the food he was getting, he wasn't putting on any weight. I discussed these symptoms with my vet, and she suggested  trying some (relatively inexpensive) things to see if he improves, and he has. So to help with digestion, he gets: 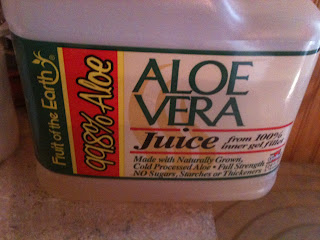 If you add a splash of lime juice to a cup of this, do you think it would make a margarita? Oh wait, that's AGAVE juice. Oops. 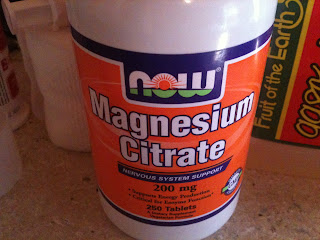 Now in the barn aisle as well as the health-food aisle. 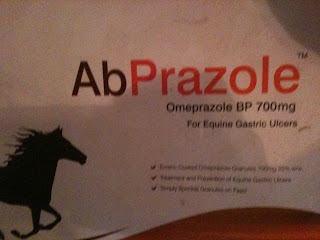 I am happy to say that today, I can groom him all over and he is comfortable. The pawing has stopped entirely. Being saddled and girthed is almost a non-event (he's even mostly stopped biting his lead rope). He eats his grain in good time, has much more energy under saddle, and I can only see about 4 of his ribs now. So all this stuff seems to be working - THANK GOODNESS!
He also currently gets SmartPak's Bug Off supplement, since the flies annoy him terribly despite his impressive anti-bug wardrobe. Unfortunately, it doesn't seem to be helping him, and it smells AWFUL (actually makes me gag, and I have a strong stomach!) so I will be discontinuing that when I run out. 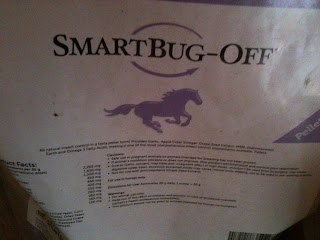 I can't even tell you how vile this stuff smells. Echo eats it though, go figure!

For his delicate little thin-soled flat feetsies, he gets Bioflax 20. This stuff helped Saga grow almost 10 mm of sole depth in about 9 months, so I'm hoping it will work for Echo too.  And once a month, everyone gets a psyllium supplement to clear out any sand that has taken up residence in their guts.

So... come clean, y'all. Please tell me someone out there is a crazed supplement addict like myself?