Help a Haffie out - I need a name! 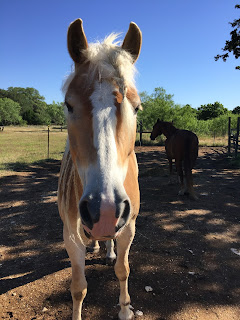 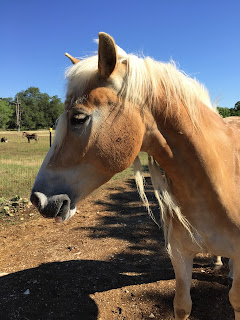 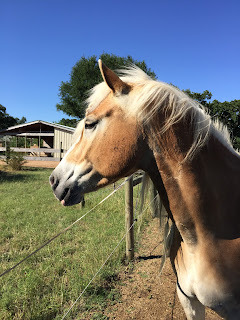 My new Mom and Dad are trying to figure out what my name is, but so far they're terrible parents and haven't found one. 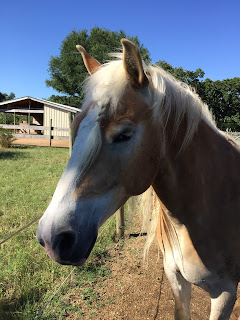 I mean, how hard can it be? I'm gorgeous and adorable. 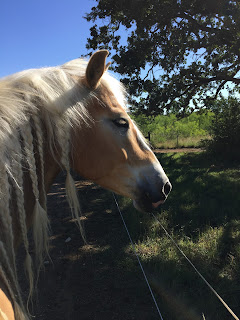 I came with "Avery" but it's just not me. 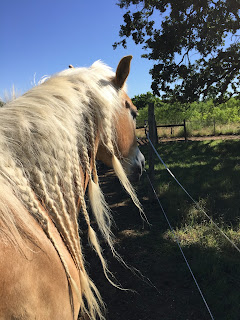 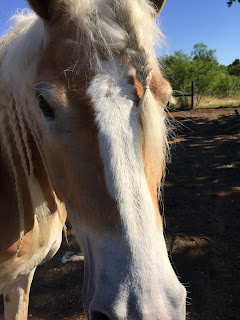 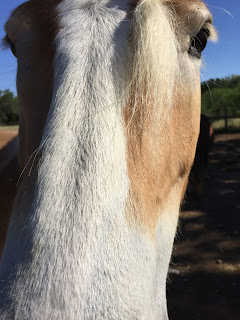 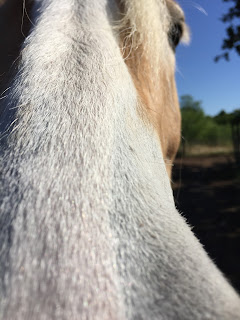 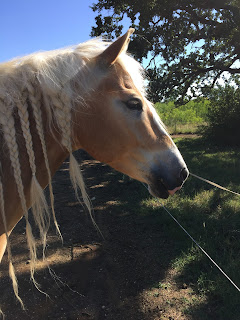 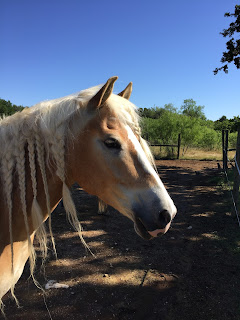 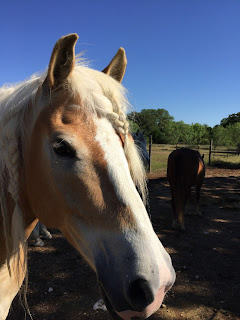 Galahad (what a mouthful!) 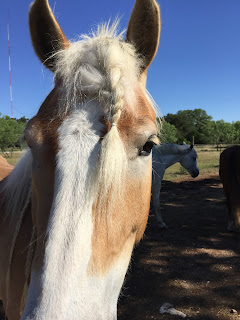 Lancelot (seriously guys could we get away from the Arthurian theme?) 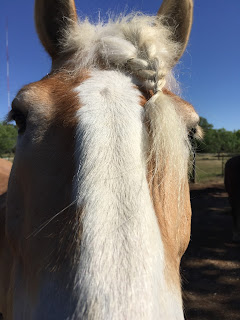 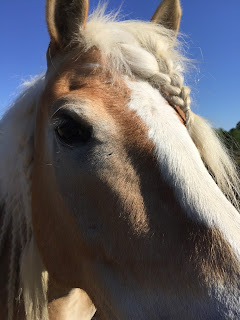 (Notes from the humans: H2.0 is shy, but sticks like glue once he gets to know you. Like literally must be touching you with his nose at all times. He's not confident himself but gets his confidence from you. Tries hard to please under saddle but also comes with the requisite Haffie tricks for getting out of work. Unlike Paddy, he's not aware he's adorable. He's probably the most talkative horse I've ever met. He's also crazy athletic.

Name must be something suitable for a dressage and/or jousting horse. Name must also still fit him if that crazy mane happens to be removed. Name must not cause any embarrassment when I yell it across the pasture at 6 am. Bonus points if it's as cute as Paddington Bear.)
Posted by jenj at 1:14 PM 61 comments:

Yes, there really are two Haffies at Wyvern Oaks now... 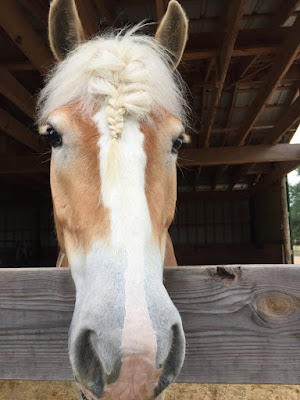 Since Brego's death last year, we have tentatively been looking for a new horse for hubby. Paddy has been awesome for him, but that pesky injury in his RF tends to become aggravated at the most inopportune times. Essentially it's soft tissue in his heel (likely DDFT but we'd need to MRI to confirm), and despite two separate 6+ month rehabs, he tends to aggravate it if he gets to playing too hard. So a backup pony seemed like a good idea. 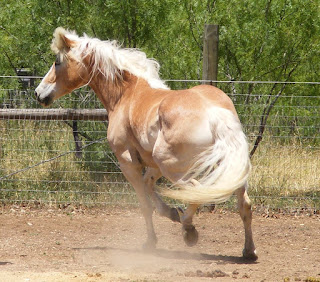 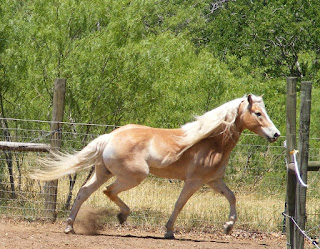 Or at least more of it (photo courtesy of MC)

Enter Haffie the Second (his registered name doesn't seem to fit him, and we haven't figured out what to call him, so he's temporarily been dubbed H2). He was shipped in from Oregon last weekend, because we are insane and bought him based on a video and a vet check. 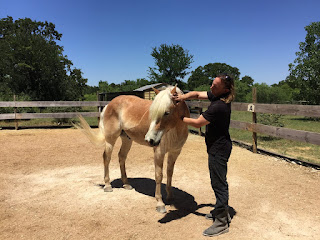 He just turned 8, is 15.1, and has a good deal of dressage training although no formal show record. 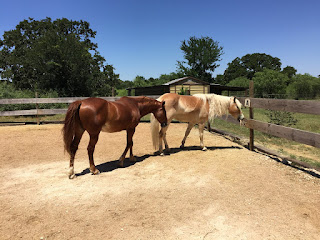 Reddums provides the best welcoming committee ever. All H2 has to do is everything Reddums says, and everything is just fine. 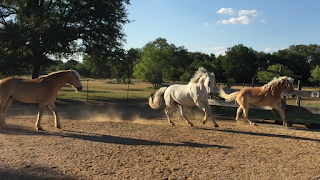 Unfortunately the rest of the herd was not as thrilled. Taran played Herd Stallion to keep H2 away from his beloved Paddington. 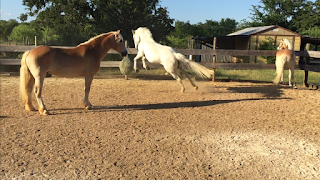 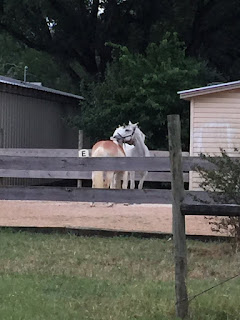 They later reconciled their differences 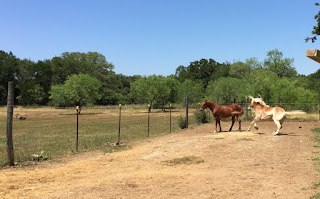 H2 has not has as many life experiences as our guys. See that tiny dot in the neighbor's pasture, next to the post on the far left? That's a mini donkey. This is H2 keeping Reddums between him and the extremely dangerous #tinyhorseeatingmonster 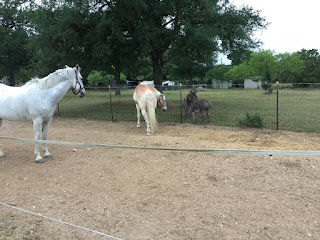 But eventually he decided they are OK 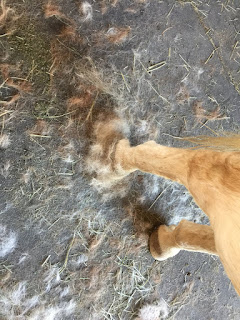 He's already been on a couple of trail rides (cacti are scary), hauled out to my trainer's (standing patiently in a trailer in not a strong suit, and also he can untie lead ropes), and been worked in hand (no, you can't run over me, and yes I will win this fight so you might as well conserve your energy). And we've gotten a couple of rides in which have been absolutely delightful. 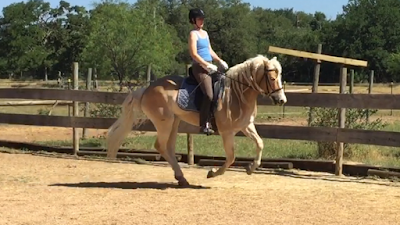 Whether he'll make a jousting horse is anybody's guess, but we're just going to work on miles, desensitization, and dressage for now. He's SUPER fun to ride (I could canter him for days, he's so balanced and light) and knows some stuff, but there are plenty of holes that need to be worked on. Should be lots of fun though, as he's got great basics and I think will pick things up easily. 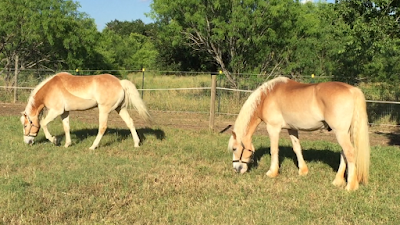