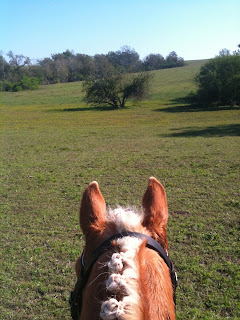 Yes, he really does come with those adorable tiny pony ears. 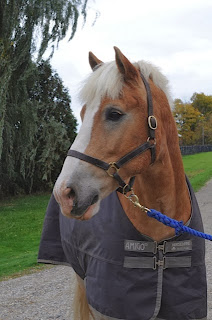 And this adorable face. HOW CAN YOU NOT LOVE THE FACE?!?!

I swear, we weren't looking for a horse. I had just said goodbye to Echo. I wasn't interested in riding, or really even being around horses. I was questioning why we even HAD horses.

And then a bloggy friend (you know who you are) asked me - hypothetically - what kind of horse we wanted. Gelding, I said. NOT BAY (Oberon, Saga, and Echo were all bays). Kind. Safe. Good manners. Lots of miles. Fun to ride. Really, the horse that most appealed to both of us was another Red, only a little taller, a little younger, and not gaited. She said we should get a Haflinger. I though, haha, right. Plump little pony, probably not an athletic bone in its body. Not really what we were thinking of.

But of course, I'm a moron, so I looked up haffies on Dreamhorse. And I saw this: 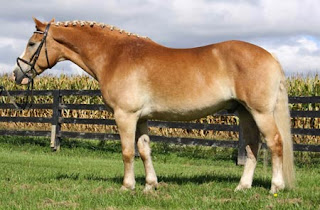 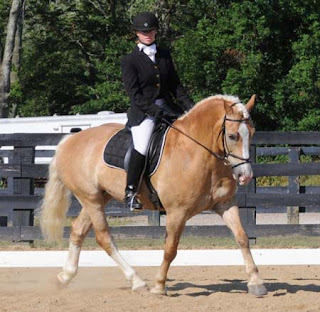 Oooh, and he does dressage... 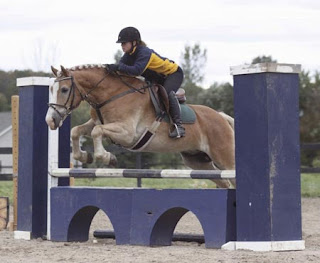 And he's a super cute jumper!

So that is how we became the owners of a Haflinger named Paddington (registered name Arno in Action). He's too cute for his own good, and he's just what both hubby and I need right now - a kind soul with a good heart that's fun and uncomplicated to ride. We are both - finally - feeling good about horses again.