Yesterday, Andrea from Project Runaway,  Lauren from SheMovedToTexas, and I all met up at MeadowCreek Park for a day of cross-country schooling. I'd been planning to go schooling at MCP for a while - I hadn't been there in years but they have a really nice course - if you don't count the train that goes right behind the XC field about every 30 minutes. Going XC schooling was on Lauren's "30 things to do before I'm 30" list, and I'd managed to sucker talk her into coming along with me and taking Reddums. MCP is about equidistant between me and Andrea, and it wasn't hard to talk Andrea into bringing O schooling. Sometimes things just work out perfectly, and this was one of them! 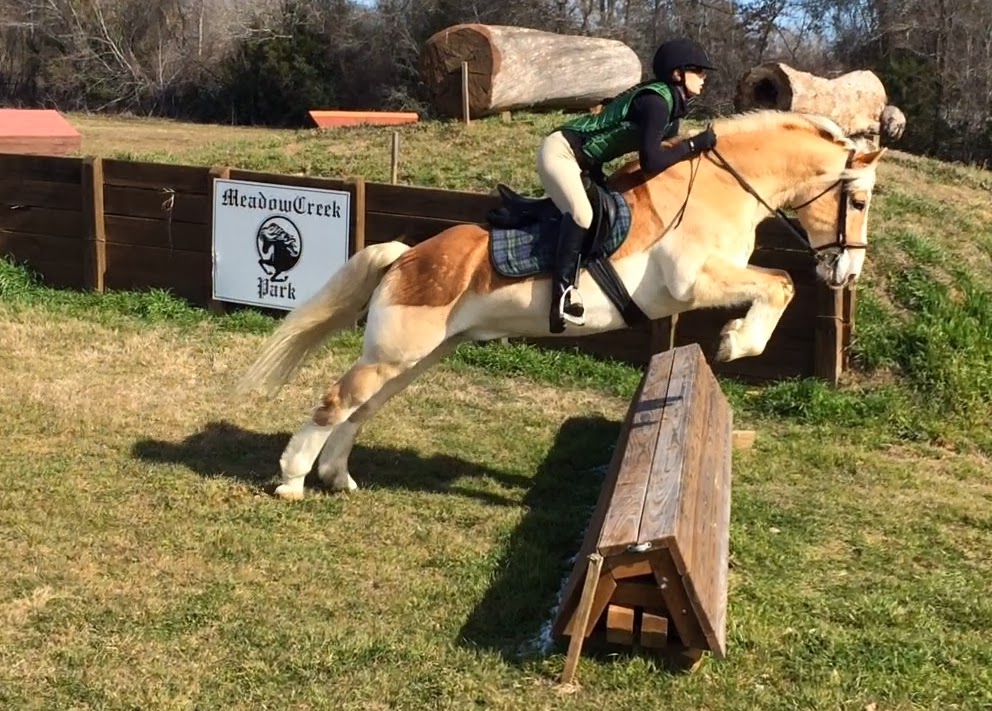 
We'd had a "snowstorm" and freeze two nights before, and there were a bunch of jumps with snow on them, as well as snow patches in the shady areas. It was kinda strange - I've never schooled XC with snow on the ground, even when I lived up north! 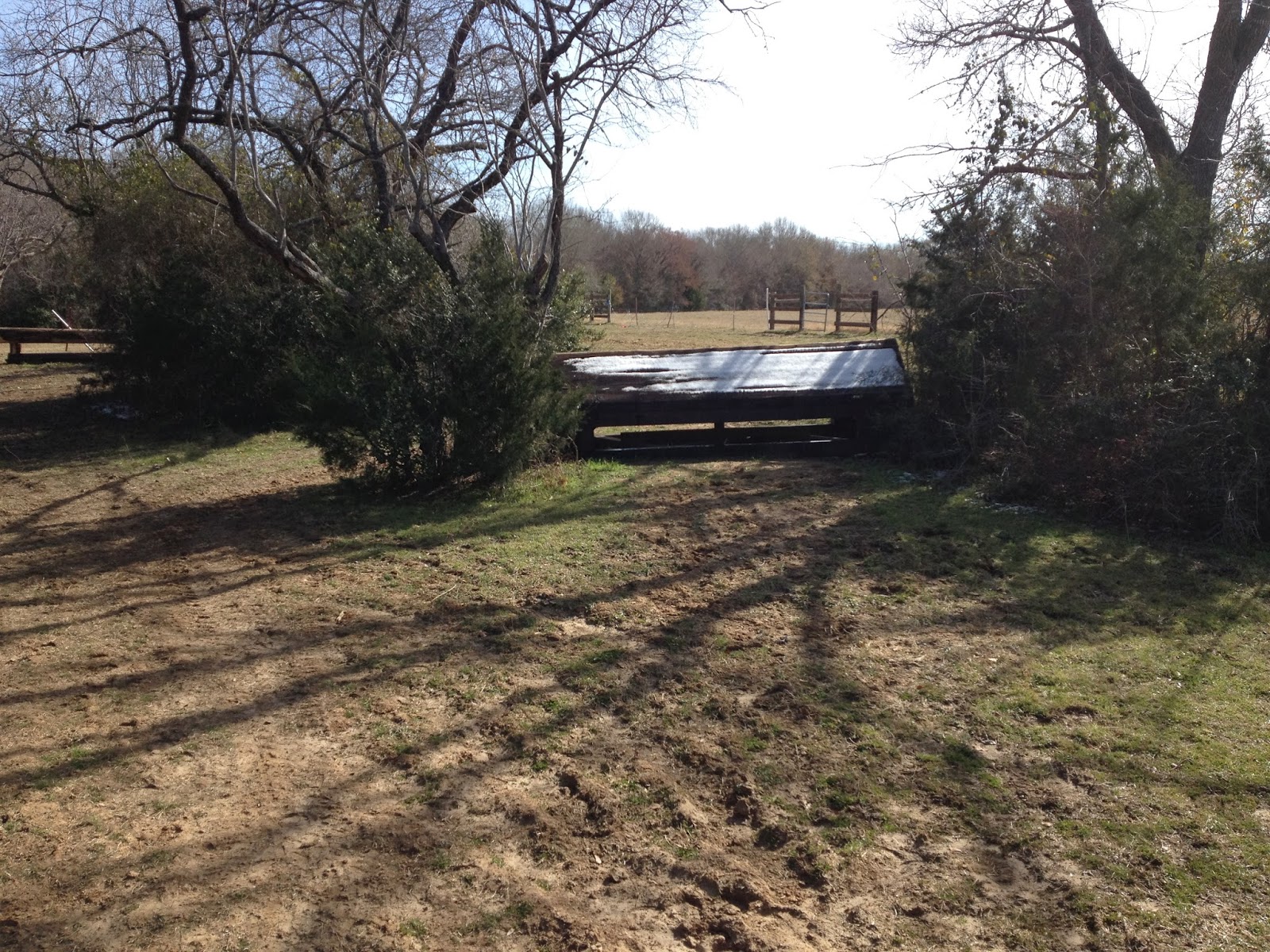 
Paddington was fantastic. I'm not gonna lie and say that every spot was perfect and every fence was awesome, but he jumped everything I asked him to. We are having really bad issues with falling in on the left shoulder (seems to be getting worse, and we are gonna work on that more in our next dressage lesson) so I focused on keeping him straight and not letting him duck left. Lauren made us an awesome video of the awesome parts of our ride. You can see the train going by at :19, O blasting by us at Mach 8 around 33 seconds (note that Paddy doesn't bat an eyelash at this), and my FAVORITE part - the water - at around 1:00.


It's funny what you learn from videos - apparently I say "good boy" after every fence! Who knew?

Haffie in the water! Last time in a water jump he just sort of trotted through it, but this time he really attacked it. Progress!

And just to keep it real, here are our bloopers. Note that they are rated R, for adult language. ;)

I obviously didn't ride the log very well - he was flat and strung out on the approach, and I didn't ride him straight. The ditch at the end was something I shouldn't have asked him to do - I think it was too much for him. He jumped it like a deer the first time, but then refused to go over it again. Eventually I got off and Lauren and Andrea helped me lead him over a few times. He wasn't happy about it, but we made it work. However, since he was a superstar for everything else, we'll just pretend like that never happened!


This ditch has alligators AND lava in it. JUMP FOR YOUR LIFE!!!

Afterwards, we played musical horses. Lauren rode Paddy, then Andrea wanted to try Paddy out too. You'll have to visit their blogs to see vids and pics of that, but they both did awesome and Paddy was very good. 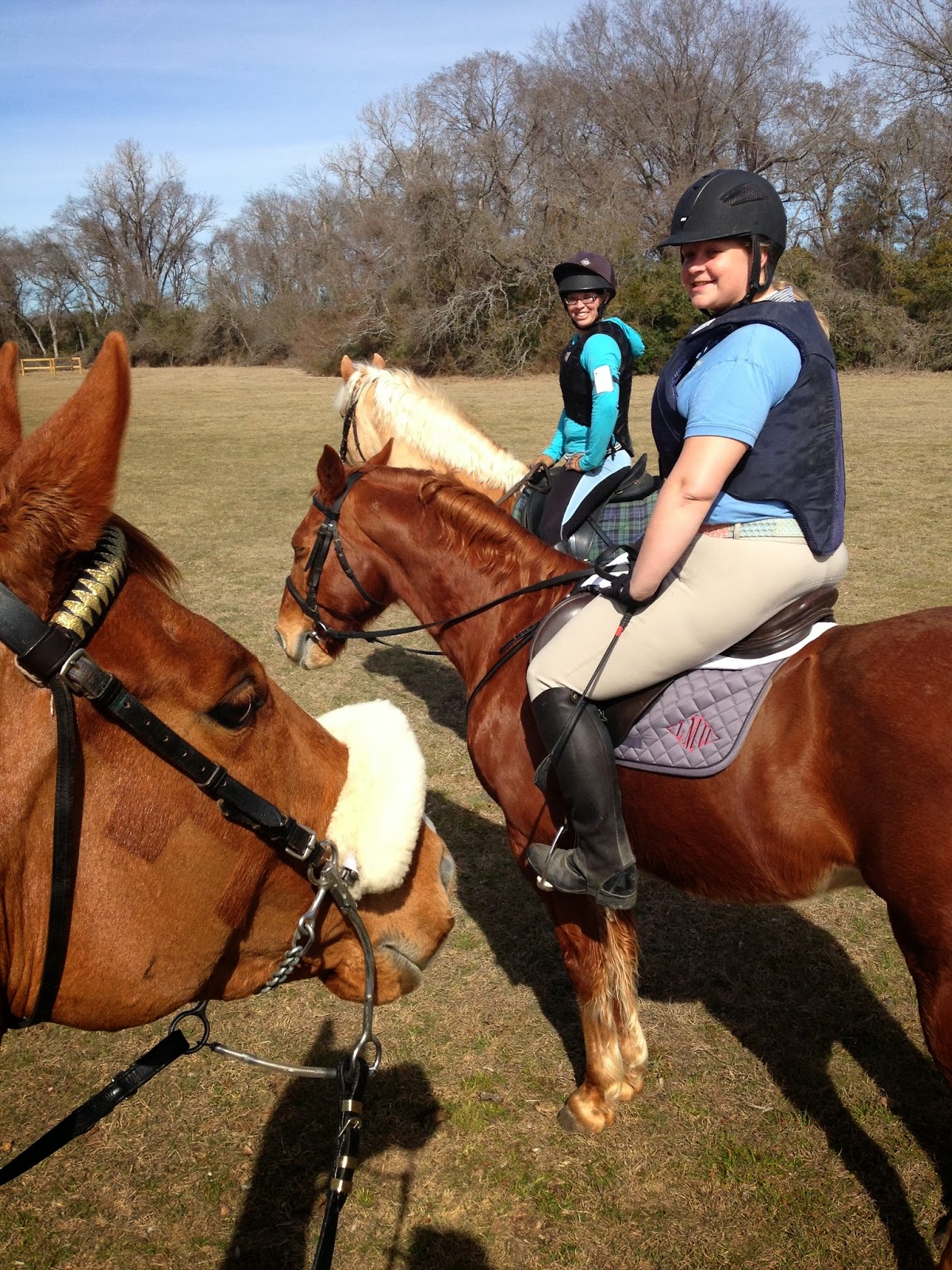 Andrea on Paddy, Lauren on Reddums, and me on... O-Ren?!?! Yep, Andrea let me ride her and she was AWESOME! What a cool mare!


All in all, it was a great day and we all had a ton of fun! It was nice to have such a confidence-building schooling session just two weeks out from our first schooling Horse Trials at Pine Hill on Feb. 16. Hopefully I'll see Andrea at an event, and maybe next time we can convince Lauren to bring Simon out. Woot!!! 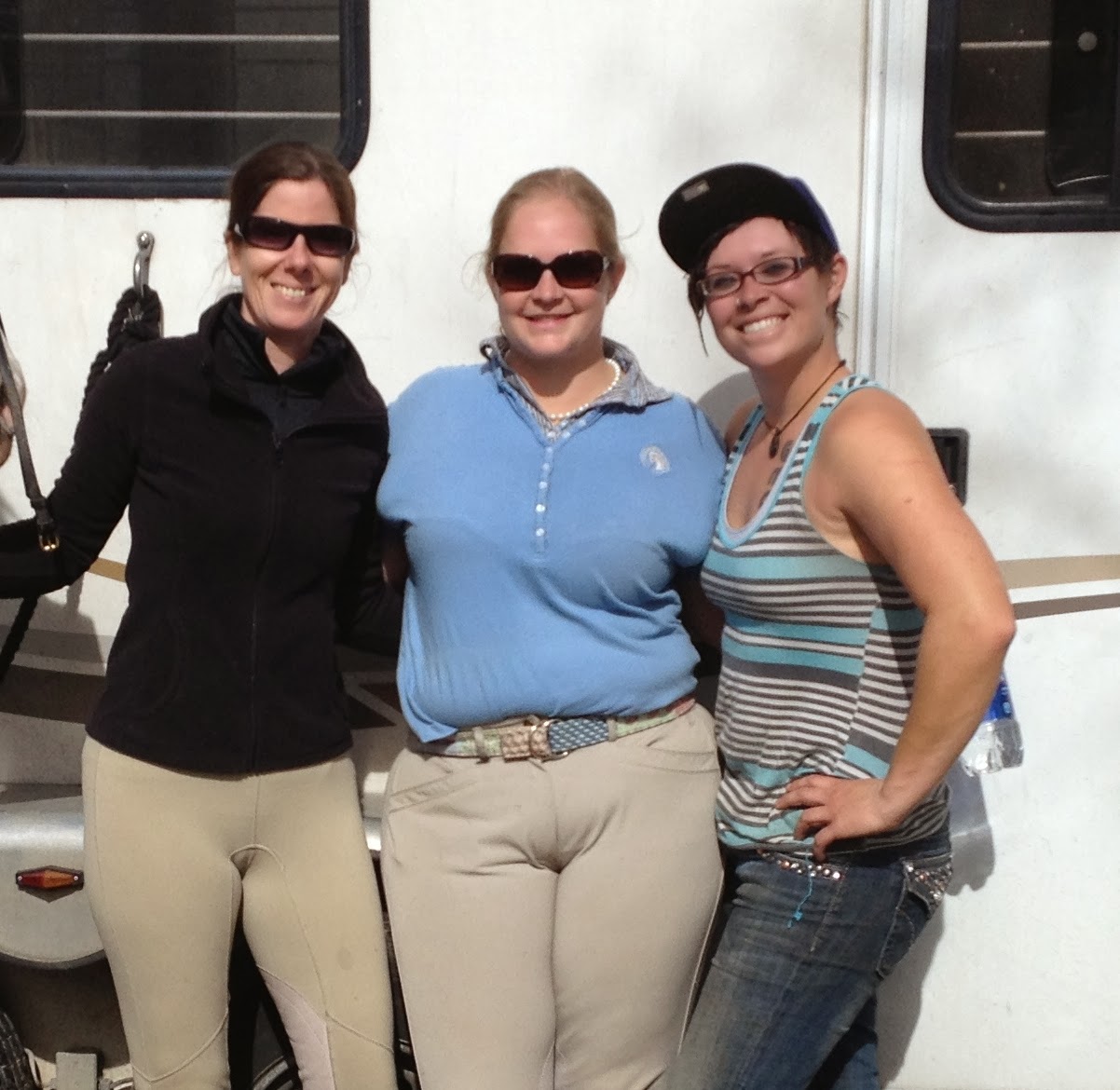 I think there are bugs in our teeth!


Thanks to Lauren for all the awesome pics and vids! And be sure to visit both Lauren's and Andrea's blogs for their stories about the day. No spoilers from me, but there are some funny stories to be had. :)
Posted by jenj at 10:13 AM