F350 - the ultimate power tool! (Or, how we removed our cisterns)

We have two 20 foot tall and 4 foot in diameter concrete cisterns in our backyard. They were originally to provide pressure for the well water, but since the well hasn't worked for over 10 years, they weren't serving any purpose (other than an eyesore). We looked into having them refurbished and used for rainwater collection, but they were leaning about 10 degrees to the north, and the consensus seemed to be that if they were filled, they would either stand up for another 50 years or fall over tomorrow. Having them fall wasn't a chance we wanted to take, especially since they would be falling on exactly where we wanted to put the horse barn. So, we decided to have them removed.

We got a couple of bids for removal, and the best one was $1800, a significant portion of which included disposal fees (i.e. hauling the concrete chunks to the dump). We were looking to save some $$ and we were also hoping to avoid taking all those pieces to the dump if possible, so we decided we'd give it a go ourselves to see if we could pull them over with our F350 diesel truck. We were also hoping they might break apart into smaller sections when they came down and we might be able to find a home for the smaller chunks. 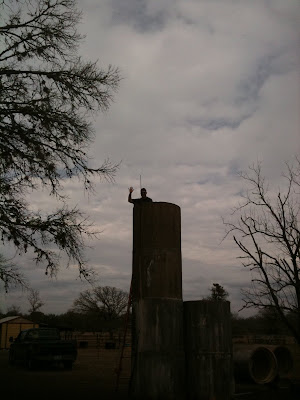 To pull the cisterns over, we used a hammer drill to drill a hole in the sidewall, then looped a chain through and attached it to our truck. Our friend Alexis (who was in town for the day) drilled the holes and helped with a whole host of other things. Thanks Alexis! 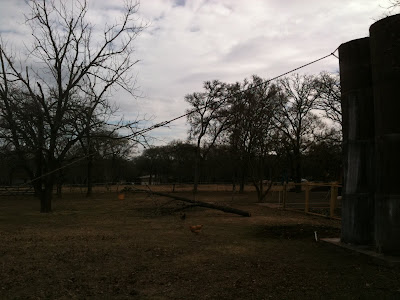 Chain tightening... the moment of truth. Will it work? 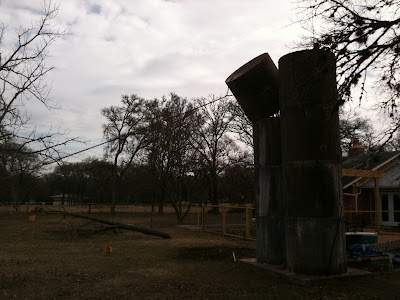 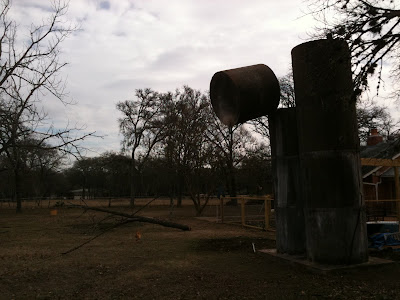 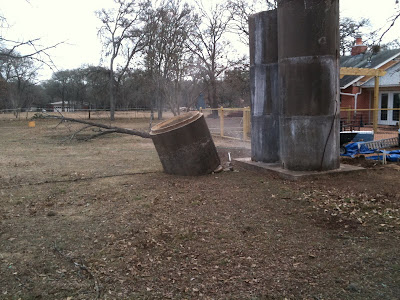 Waiting for the dust to settle... 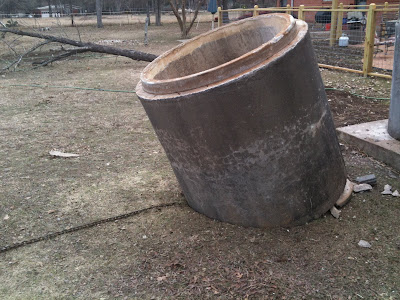 Yep, it worked! The first section really buried itself in the ground after its 20-foot fall. 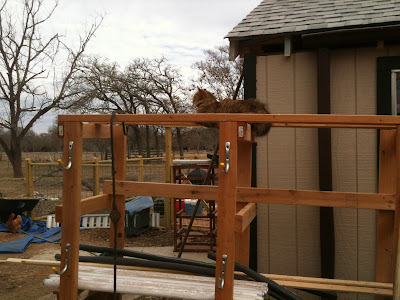 Artemis supervised during the demolition process. 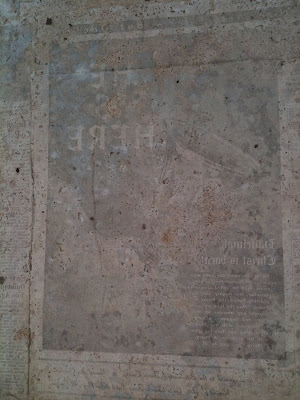 Both cisterns had concrete caps on them. Apparently, the cap forms were lined with newspaper, and the imprint from the 1950s has stayed. Neat, huh? 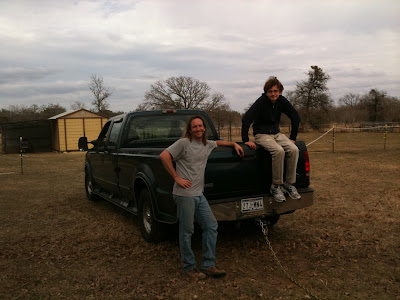 Father-son work crew, plus the hero of the day (our truck!)

And, bonus video of the second cistern falling! Sadly, you can't see our fabulous truck doing its job, but you sure can hear the purr of the diesel engine! 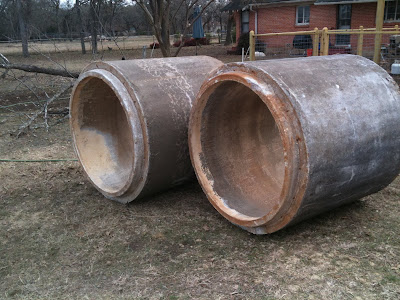 The resulting culverts. I posted these on Craigslist last night, and all six of the ones that are broke free have already been picked up for use as, well, culverts! We'll jackhammer out the last two sections of each cistern, which are embedded in about 12 inches of concrete, next weekend. Our neighbor, who has a bobcat, is renting a jackhammer attachment for some work on his land, and offered to come over and help us. The offer is much appreciated! 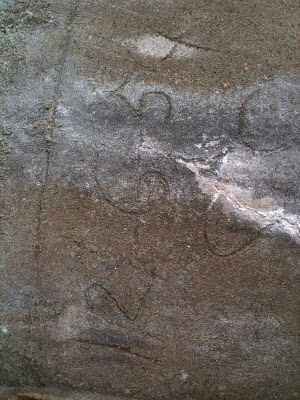