Yesterday (Christmas) we went out to visit the boys to see how they were faring at their new retirement home. Sure, they've only been there for three days, but I have been worried about how Saga's fetlock would hold up to the different footing (sand) and his ability to gallop around like a lunatic move more, and for Cash the change in diet, as he has always been colic prone.

As it happens, I needn't have worried about a thing. 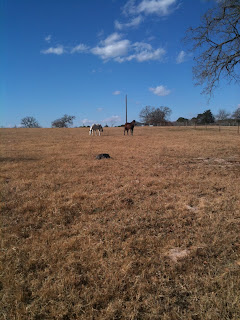 The boys were not impressed with our arrival, despite the fact that we had carrots. They had no inclination to come when called. 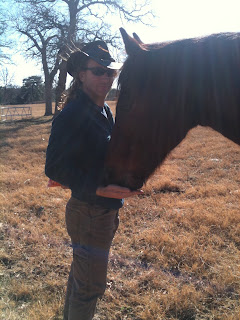 After schelpping our way up the hill to them, Saga realized we had treats, and proceeded to mug my husband. 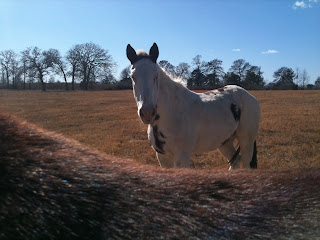 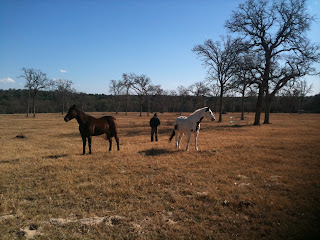 At one point the boys took a break from eating to watch their neighbor horses. Because neighbor horses are apparently more important than Mom and Dad with treats. Who knew? 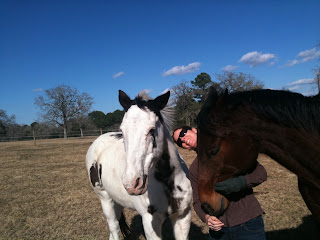 Saga mugged me for more treats while Cash politely waited his turn. 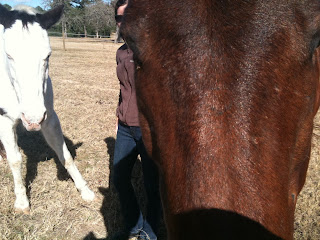 And then Saga realized that the photographer was holding the bag of carrots... (not posted: several extreme close-ups of Saga's nose). 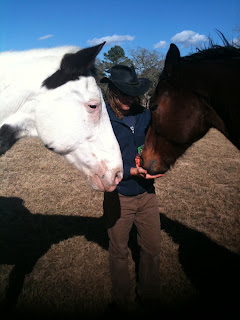 A few more snacks were handed out... 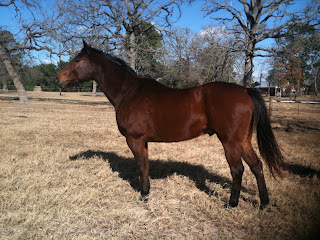 ... and then Saga realized that his new neighbor friends were out of sight at the top of the hill. He called out to them, and then he and Cash went moseying off on their own.

Hubby and I ended up snacking on the rest of the carrots on the way home. Ungrateful ponies!
Posted by jenj at 11:34 AM