Saturday, Lauren and I went to a tiny hunter schooling show at a farm about an hour north of us. Unlike my last experience at a tiny hunter schooling show, this one was very well-run, and the people there were very friendly. I contend the fact that there were several eventers and at least one dressage rider there helped both the timeliness and the overall cheerfulness of the folks there, but Lauren swears that hunter/jumper shows are normally like that. Hm. 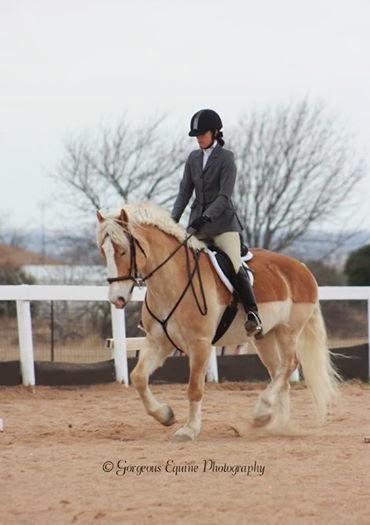 Photo courtesy of Gorgeous Equine Photography. I actually wore a grey hunt coat instead of my usual black dressage jacket. Yay me?

Lauren and I both entered the 2'3 hunter division and the 2'3 eq class. Tragically for us, so did 10 little girls under the age of 14 or so, all of whom were mounted on well-trained ponies with auto changes. Still, we had a great time! 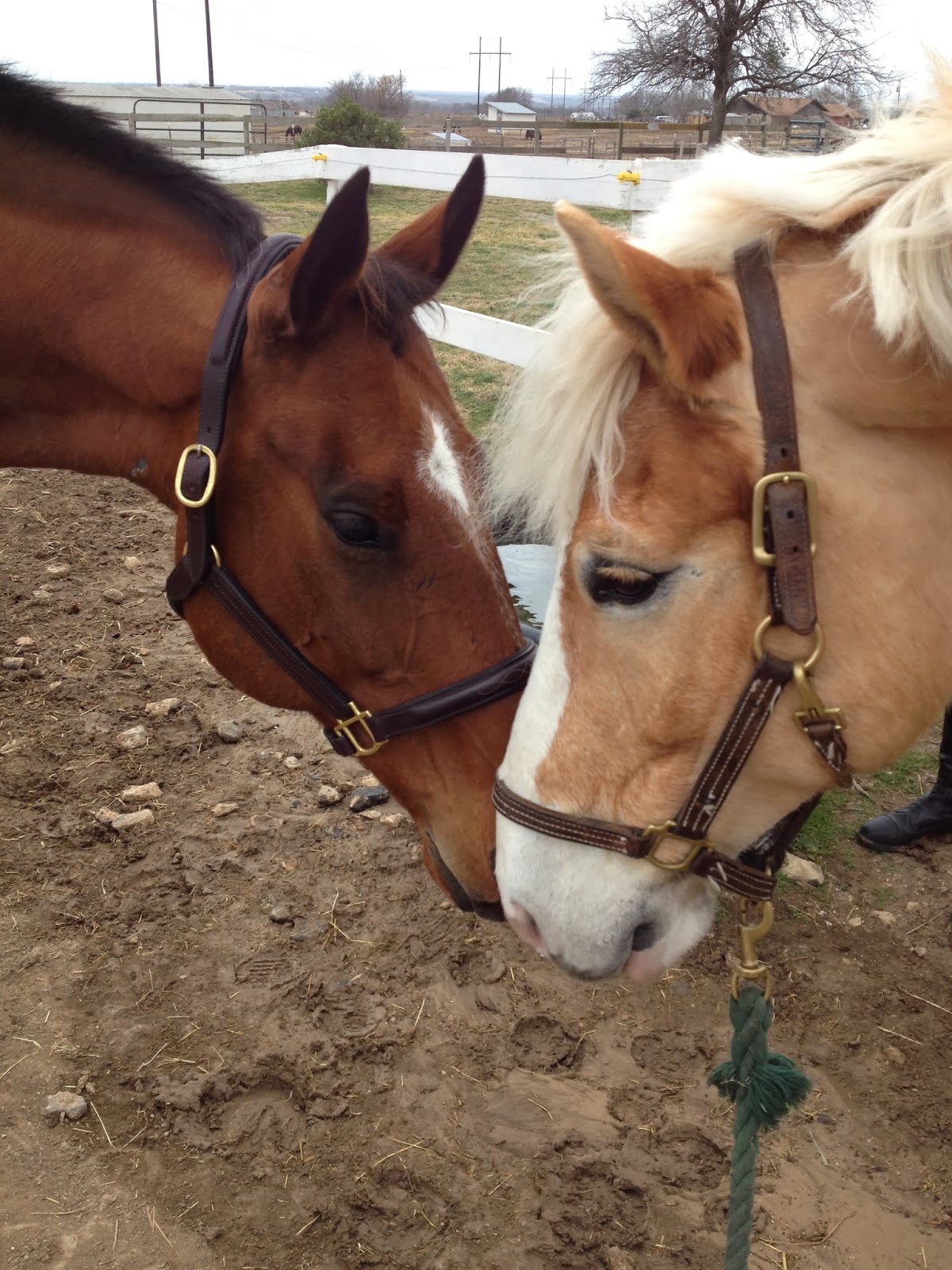 Simon and Paddy becoming BFFs at the show

We were able to school before the show started, and Paddy didn't take a second look at any of the jumps. Granted, they were all poles with one gate and one wall, but still, I was very pleased with how he went. We're still figuring each other out for warm-up - I think he needs way more time than I was able to give him, and that showed when our actual rounds begin. Sure, I can get him straight and on the aids after 45 minutes in a dressage lesson, but without that, we are motoring around the turns and falling in like mad. It's less than ideal, but it's not like all the pieces are magically going to fall into place overnight. A steady round is going to take a lot of work on all the pieces between the fences - we're getting better, but we're certainly not able to put in a steady, consistent, balanced round yet. 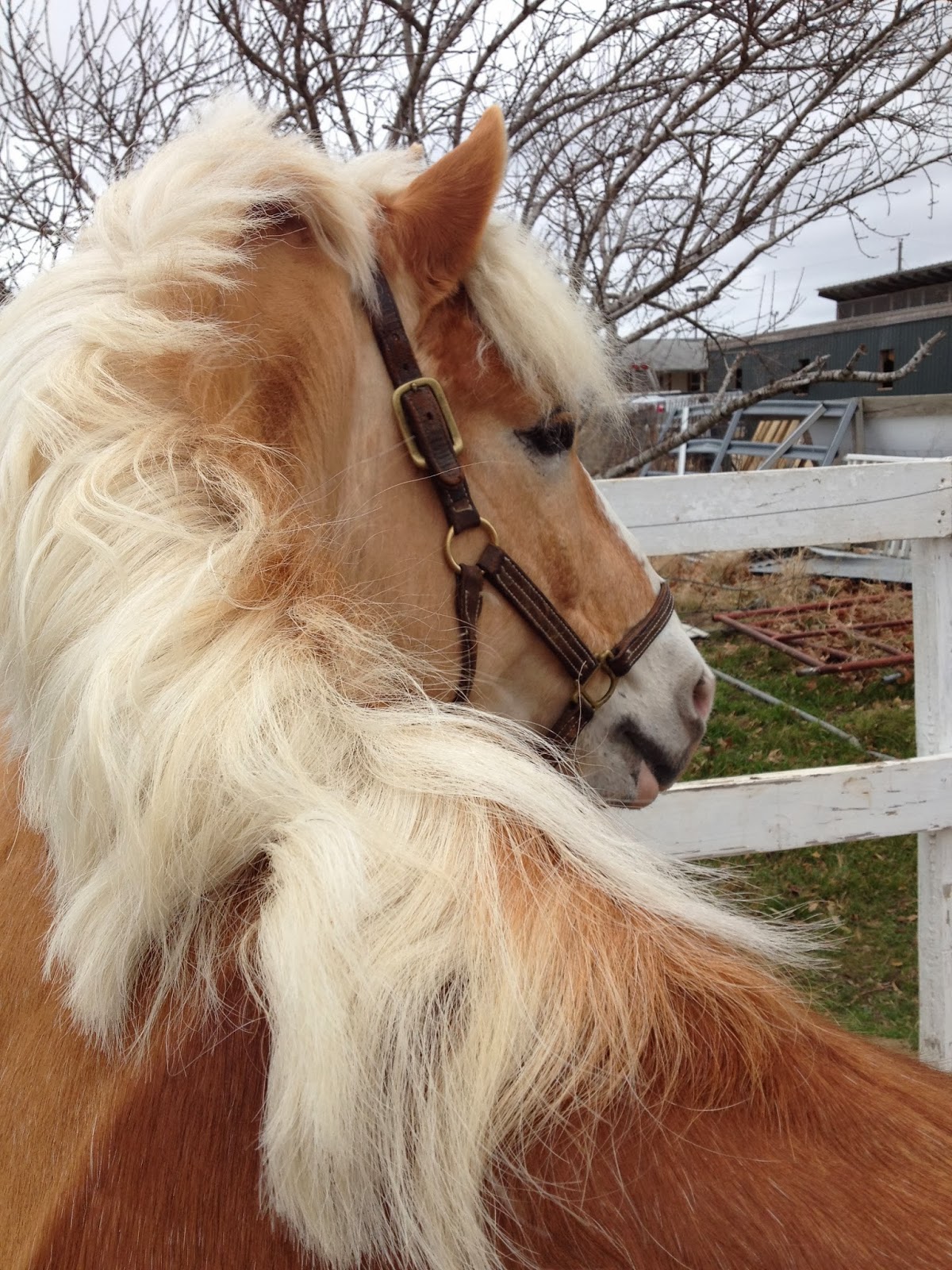 After we schooled, we took the boys back to the trailer to chill for almost 2 hours while the 2' division went. Eventually,  we tacked back up and headed back to the arena. The only problem with the show grounds was that there really wasn't any warmup area. We were able to walk and trot a little in a rather rocky field, and do one little X. That really wasn't enough for Paddy, so we went into our warmup round really underprepared. My only goal was to keep him steady, relatively balanced, and not suck, and I'd say that didn't really work. The last line was especially bad - headed straight for the in gate at mach one-Haffie. The second round was even worse - at one point we were barreling down a line with no brakes to speak of. For the third round, I decided that we needed to change things up, so we trotted into every line and all the singles. It wasn't pretty, but he sat back and started listening to me, and I started riding better. Finally, in our last round, which was equitation, I finally got things together. Paddy was much more relaxed and balanced in between the fences, listening, and we got most of our spots. We still weren't really hunter-show worthy, but I was much happier with our round as a whole.


Our second round. You may want to close your eyes - or better yet, just not watch.

We had a bit of a wait before our flat classes. There were 12 people in the arena together, and it was a pretty small arena, especially with all the jumps in it. In the first class, I was a little worried about how he'd so with so many other horses around him, but I needn't have. Aside from breaking several times in a canter both directions (my fault, not his), he was very good. We aimed for a steady trot, which we mostly got, but of course he's not got the long-and-low hunter frame that the judges were looking for. Our final class was hunter equitation on the flat, and he was even better for that one. I tried to ride quietly and do better with the canter leads, and we successfully had nice walk-canter transitions both ways - and I managed to keep it. It was enough for a 6th place! It was our only ribbon of the day, but it was hard-fought and I'm pretty damn proud of it. 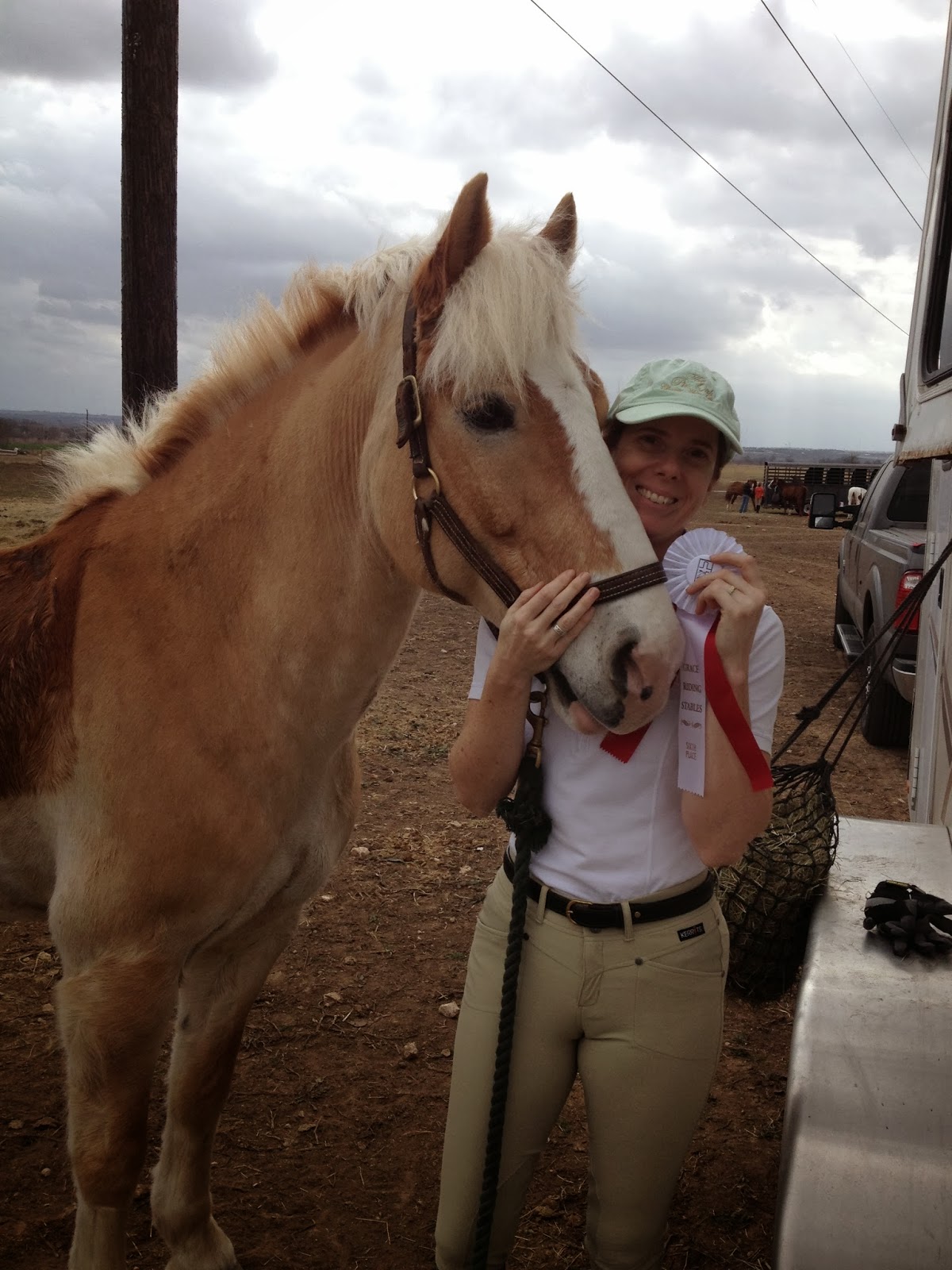 They had cool red-and-white ribbons for Valentine's Day!

Paddy got like 1293873571293 comments on how cute he was. The photographer couldn't stop taking pictures of him - every time I turned around she was snapping a shot of him. At one point she asked me if he ever WASN'T posing for the camera, and I said that I was pretty sure he practiced cute looks in the mirror.

So there you have it. We're definitely not cut out for the hunters, but we had a great time with Lauren and Simon and we lived. I have a much better idea of what to expect at shows where jumps are involved, and I am understanding what sort of warmup Paddy needs to put in a good performance. Despite all the zoomies, he's such a great little guy and such a trier. He was honest and sane and got better as the day went on. I really can't ask for more!
Posted by jenj at 10:05 AM