The long-awaited blogger's weekend finally happened, and what a great weekend it was! Although our numbers were somewhat reduced by the epically awful (for Texas) weather, we had a fantastic time actually meeting in person, eating our way through Austin, and doing a bit of shopping. We maaaay have also gotten a little pony time in, but I'll let others tell their own stories about that! ;)

I was fortunate enough to host Jen from over at Cob Jockey, and had planned on also hosting Andrea from The Reeling, but she ended up snowed in with something like 7 inches of snow and ice. We missed you Andrea, but are glad you stayed home safe! Jen arrived Thursday night, and I dragged her along to a lesson. Naturally, after my post about all the amazing lessons we've been having, Paddy forgot to bring his A game (or really any game), so our ride ended up less-than-stellar. Doh. On Friday I got stuck working despite plans to take part of the day off, so Jen ended up heading out to meet Simon with Lauren and Genny from A Gift Horse. By all accounts they had a great (if somewhat cold and damp) time.

The party "officially" started Friday at 7pm, with dinner at Lauren's house. There were My Little Pony napkins (yes, she did), too much cider, and a very tasty chocolate chip cookie cake that we all tried to signed. Let's just say I'm glad my riding skills aren't as bad as my skills with icing. Stephanie managed to make it in from Parts North despite horrible driving conditions, and Amanda, Karen, and FuzzyPony (not a blogger but I often mention her here) joined us for the evening as well. We traded stories and generally had a fantastic time. 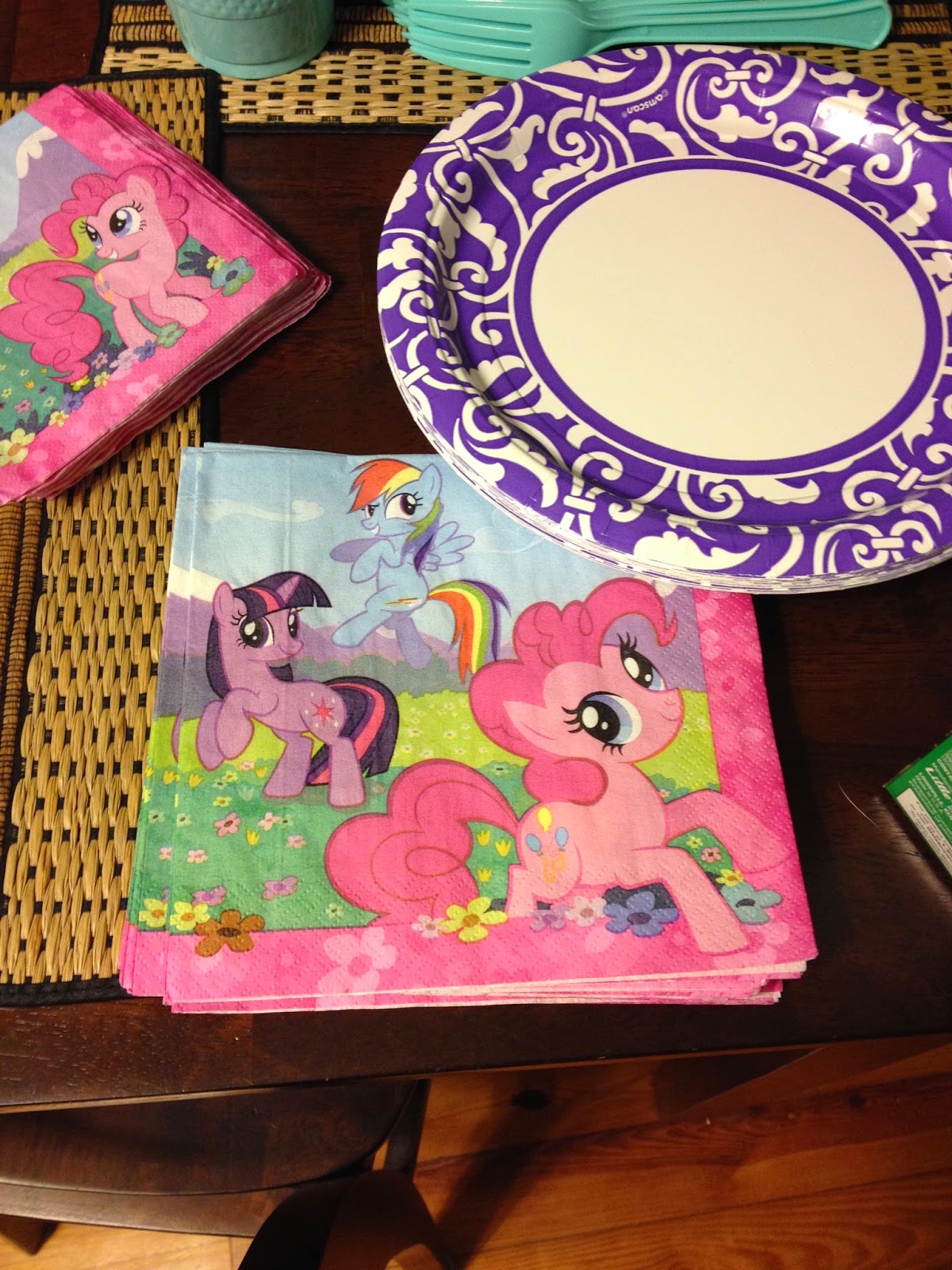 There is no reason you can't have My Little Pony at an adult party. No reason at all. 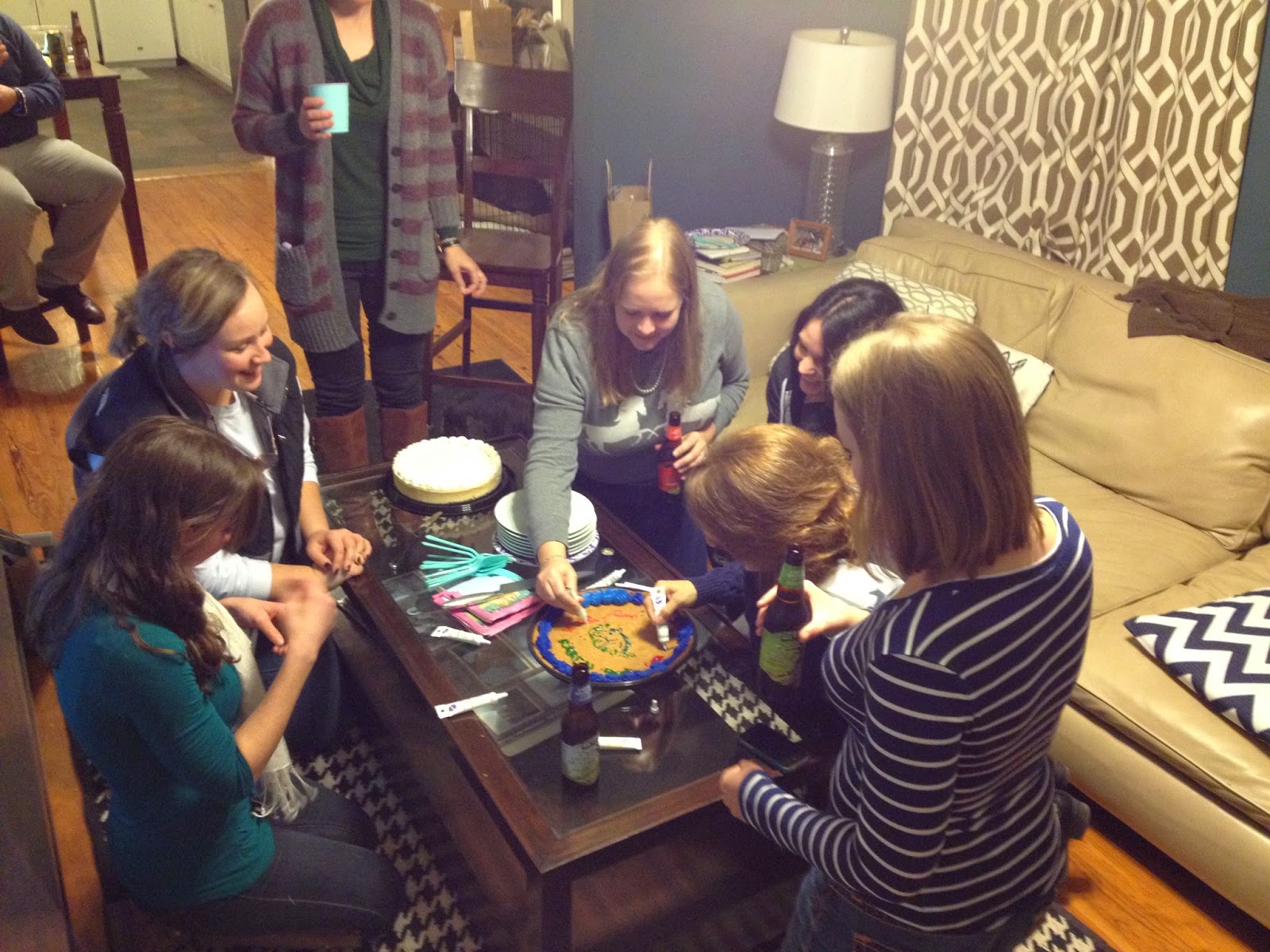 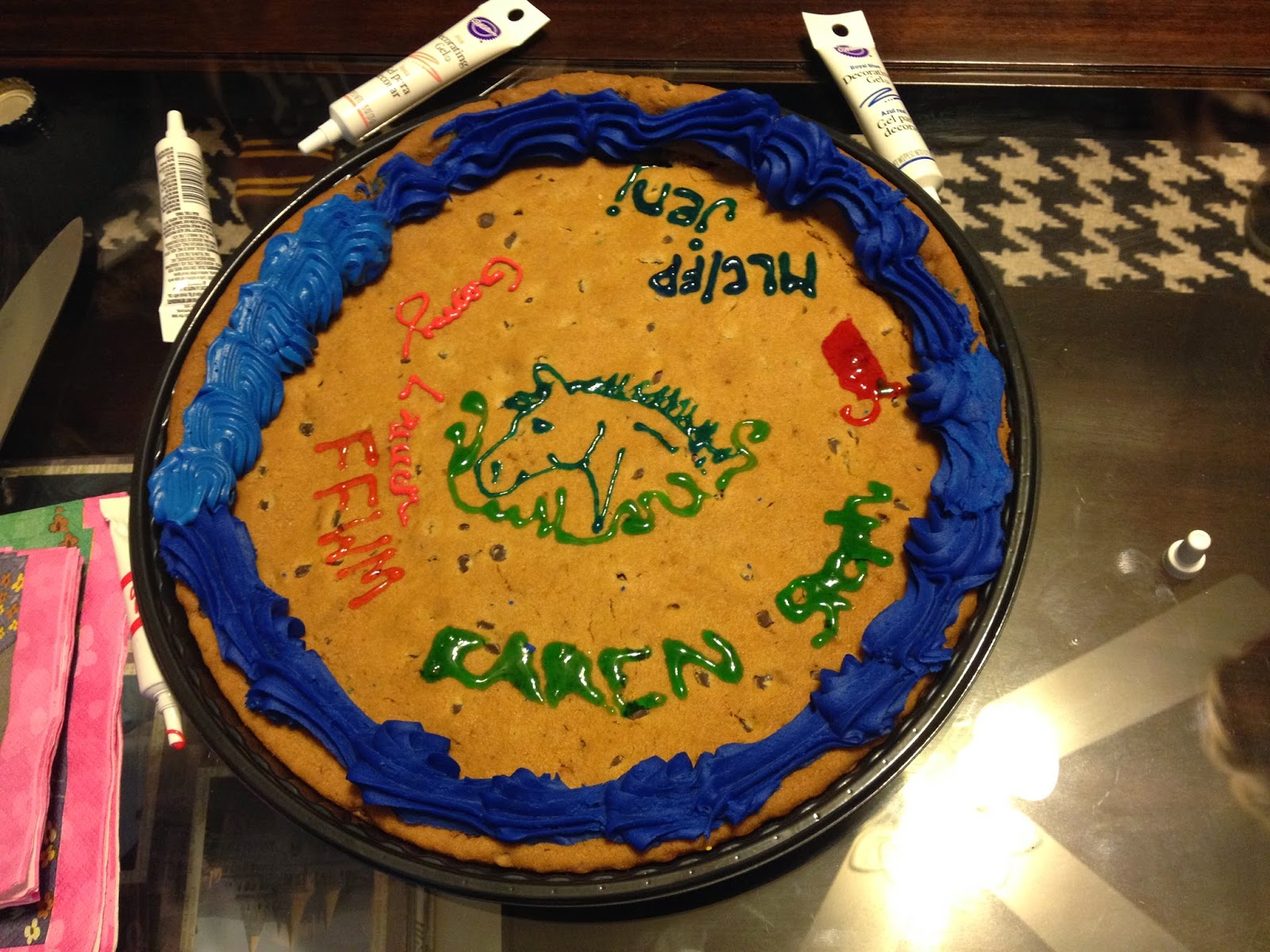 Saturday morning started with breakfast at Wyvern Oaks, with coffee beverages provided by my incredibly awesome husband and his espresso machine. Any man who not only doesn't flee a gaggle of horse-crazy women but actually encourages this deserves a special call out. Love you honey! As we were tidying up the kitchen, I noticed that Paddy was taking his morning snooze, and suggested the folks go out and snuggle with him if they wanted to. Snuggling turned into grooming, which turned into pony rides and jousting lessons. I am sure that Jen and Stephanie and Genny will elaborate on that one! 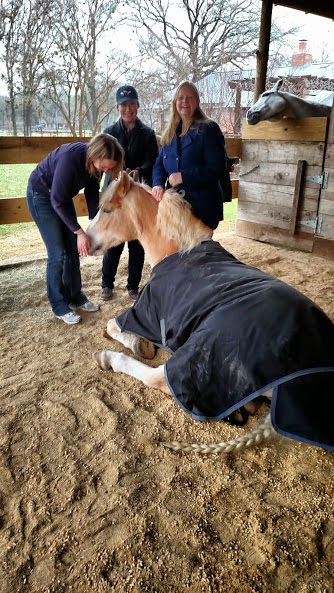 Paddy being snuggled... in exchange for treats, of course. 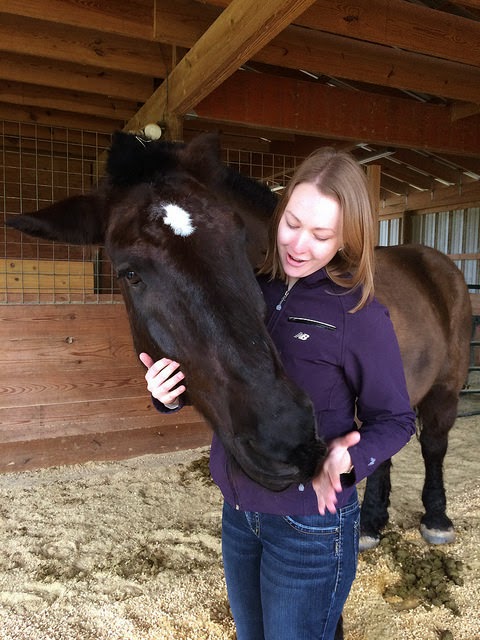 Genny meets Brego. There may have been an apple involved, although Genny still appears to have all her fingers so I could be wrong. 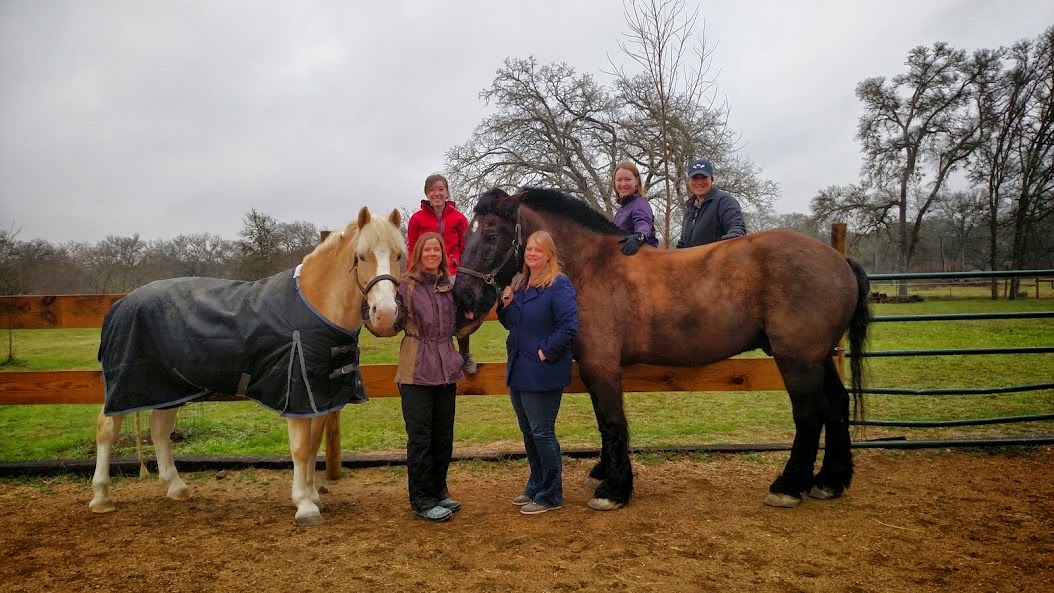 Epic pic of everyone, with Brego and Paddy for size.

After warming back up with some hot tea and cheesecake (it was right around freezing outside), we felt suitably fortified for tack shopping. Our first stop, Charlotte's Saddlery! This is a Houston-based store that opened a storefront here just a few months ago. Most of us picked up a few things from their sale rack (yay sale!) and they seemed happy to have us there. Next up, Dover! Think what you like about shopping online from Dover, but actually walking into a Dover store where you can see and feel and try on ALL THE THINGS is pretty fun. I managed to only buy a few necessities (on sale too!) so that was a big win. 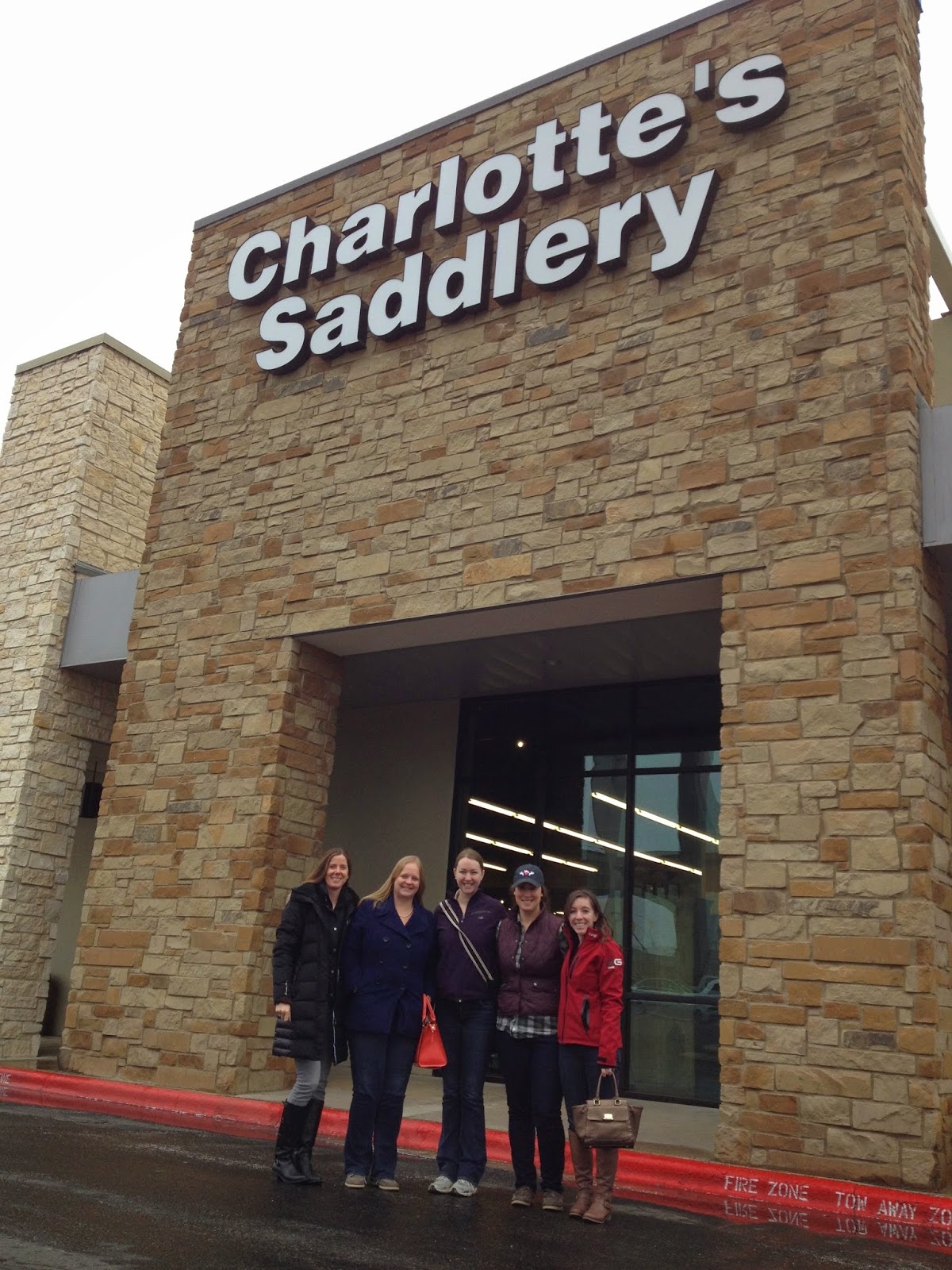 All that shopping made us super hungry, so we headed off to an Austin original establishment - Chuys - for Tex-Mex. I think we had more fun (and more margaritas) than the table next to us who was apparently having a bachelor party, lol! After our early dinner, we all headed off to take care of our respective animals, but met back up at Wyvern Oaks for cheese, chocolate fondue, and more cider. Laura was able to join us for the evening, and I learned a ton about how model horse showing works.

A HUGE shout-out to Lauren for masterminding and organizing all of this. She even put together super awesome swag bags, which I'll have to write more about tomorrow. Because who doesn't love goodies! 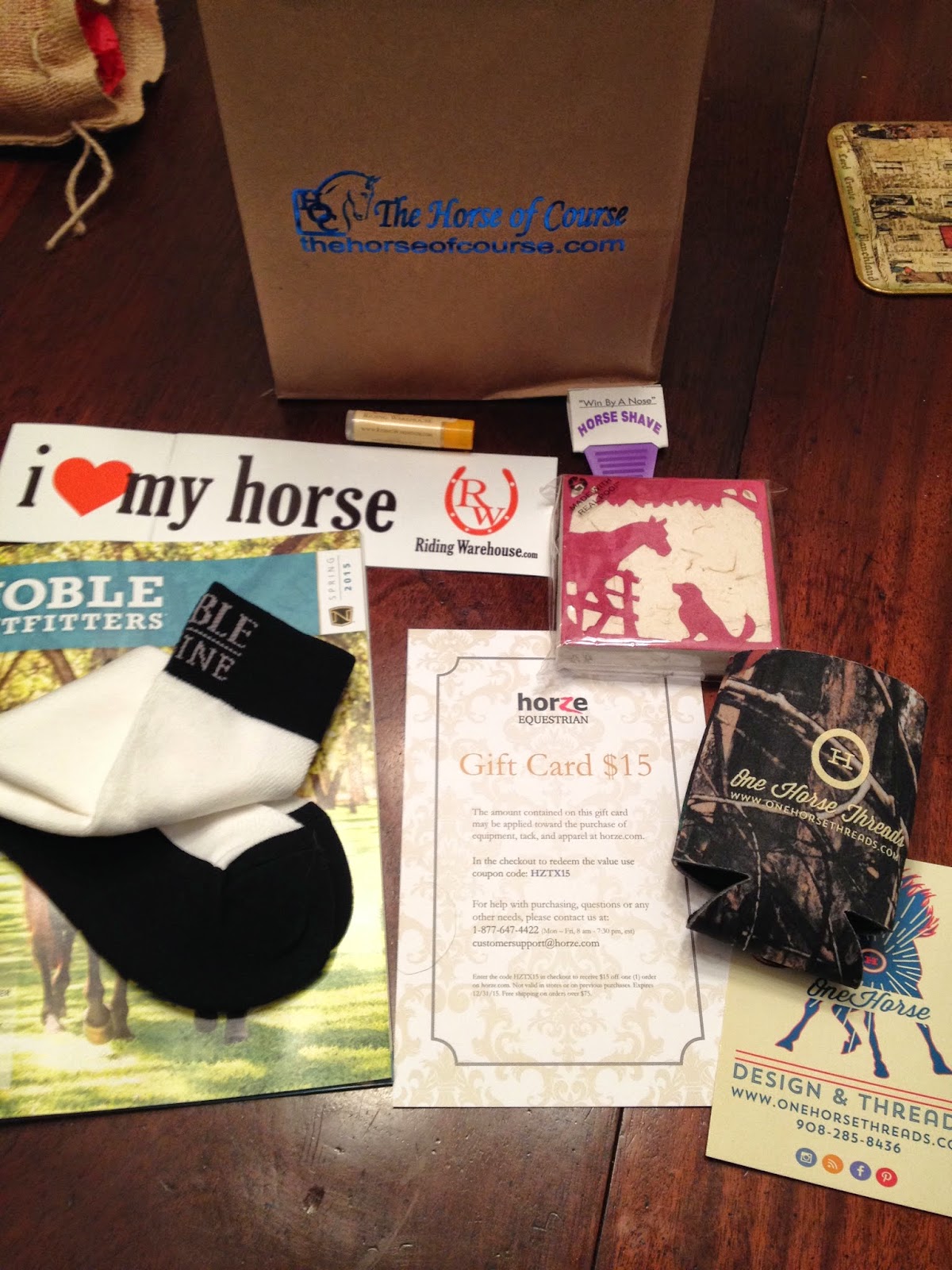 There were also horse treats, but those somehow got eaten.

It was so wonderful actually getting to meet fellow bloggers for real - y'all are just as much fun as I'd imagined from reading your blogs! For those of you who couldn't make it, hopefully we can do this again and you'll be able to come. However, next time we are DEFINITELY ordering up better weather!!!!
Posted by jenj at 9:05 AM