I should have gotten a dumber, less athletic horse

How many of you have seen the video on Facebook of the short, plump Haffie mare who jumps the 3'6 pasture fence from a standstill? No? You need to go find it and watch it. And if you're friends with the Fat Pony on Facebook (another Haffie), you'll know that his poor human spends quite a lot of time finding him in random places she didn't leave him.

Let me just say that these two escape Haffies are not anomalies. I have one too.

When we first brought Paddy home (has it really been 18 months? Time flies!), we had a wee bit of a challenge keeping him where we put him. I know I alluded to this, but never really gave any details.

Our first problem was keeping him in the stall. Did you know that Paddy can jump a 4' stall door from a standstill? No? Well, he can. Which is why the stall door and wall are now 5'. 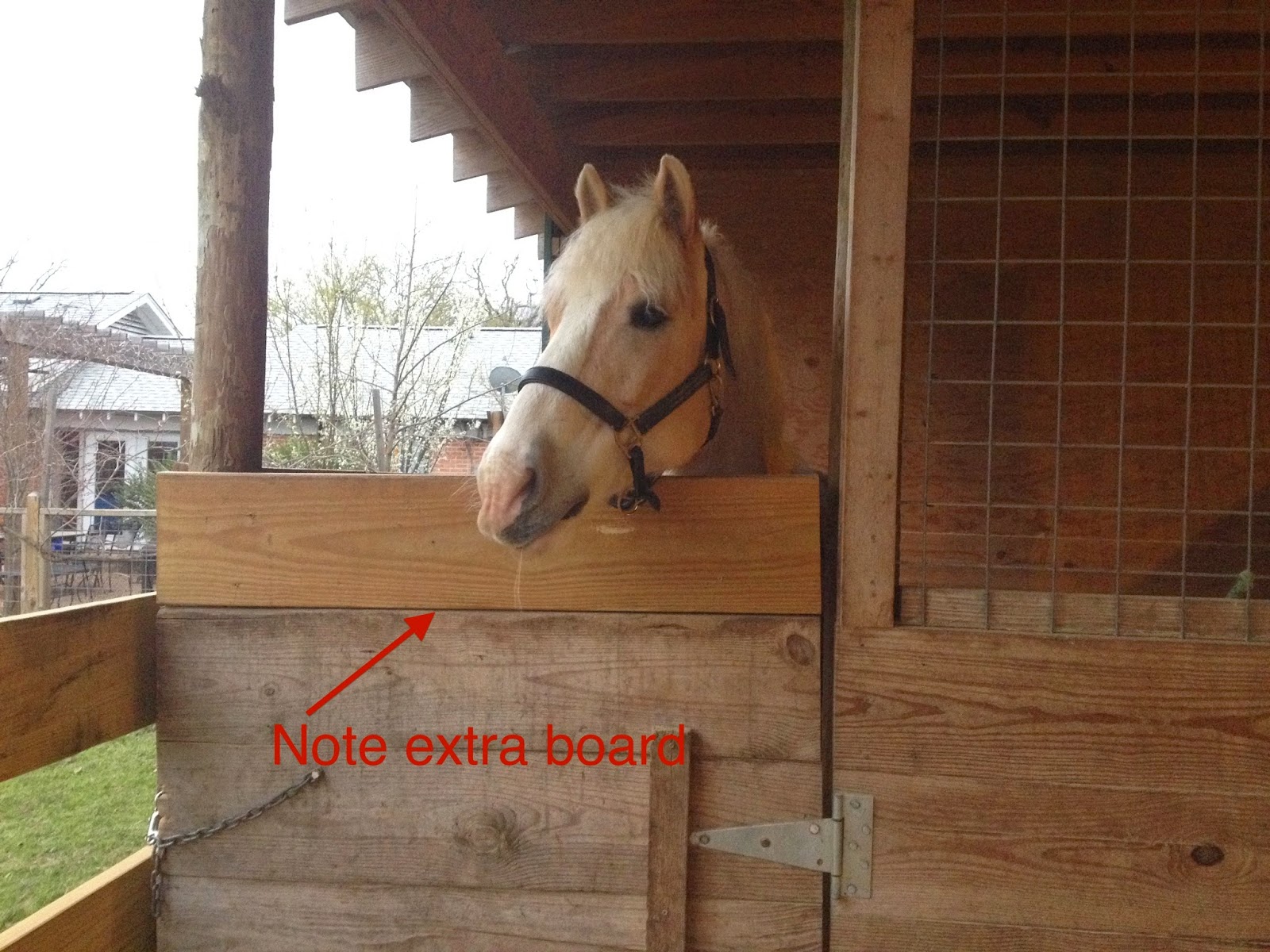 Don't let the cute face fool you, he's plotting his next escape.

Also, Paddy is an excellent climber. A gate got left unlatched one day, and he let himself out to graze. The next day, we were double extra sure to latch the gate, but he didn't let this deter him. No, he just climbed over the gate. And while I don't have pictures of him actually climbing, let's just say that our poor gate is rather worse for the wear.

When jumping and climbing don't work, Paddy's not afraid to simply put a little muscle into it. It's kind of hard to tell in this picture, but he somehow managed to a) rearrange the panels, which were zip-tied to the t-posts, and then b) rip the gate off the hinges and fling it on the ground. Brego and Taran benefited from Paddy's (de)construction skills here, since the three of them were all out grazing in the back pasture when I found this: 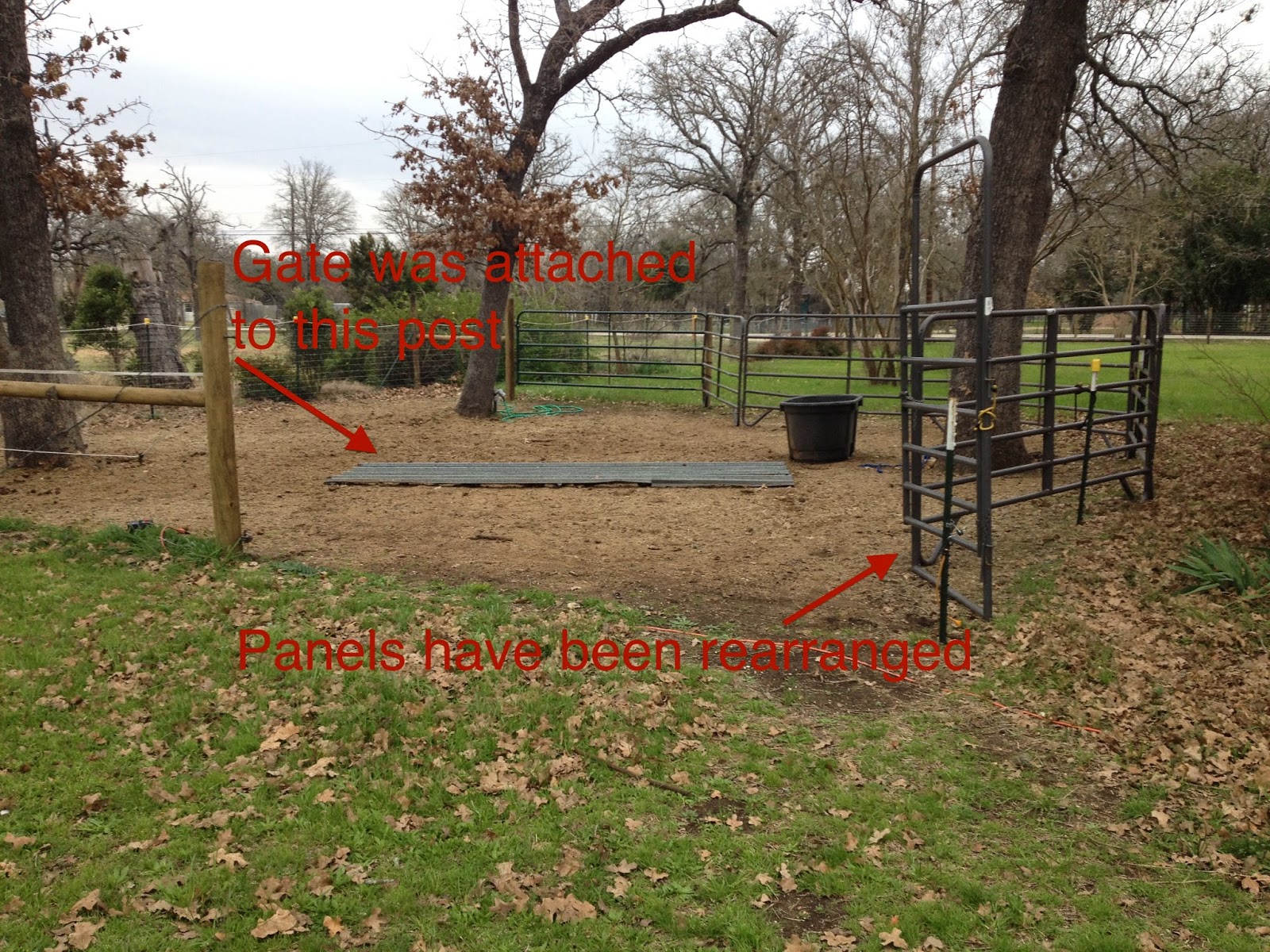 But sometimes Paddy's not feeling quite so much like sharing. This was the case yesterday, when I came home from work to find a single cute Haffie in the front pasture: 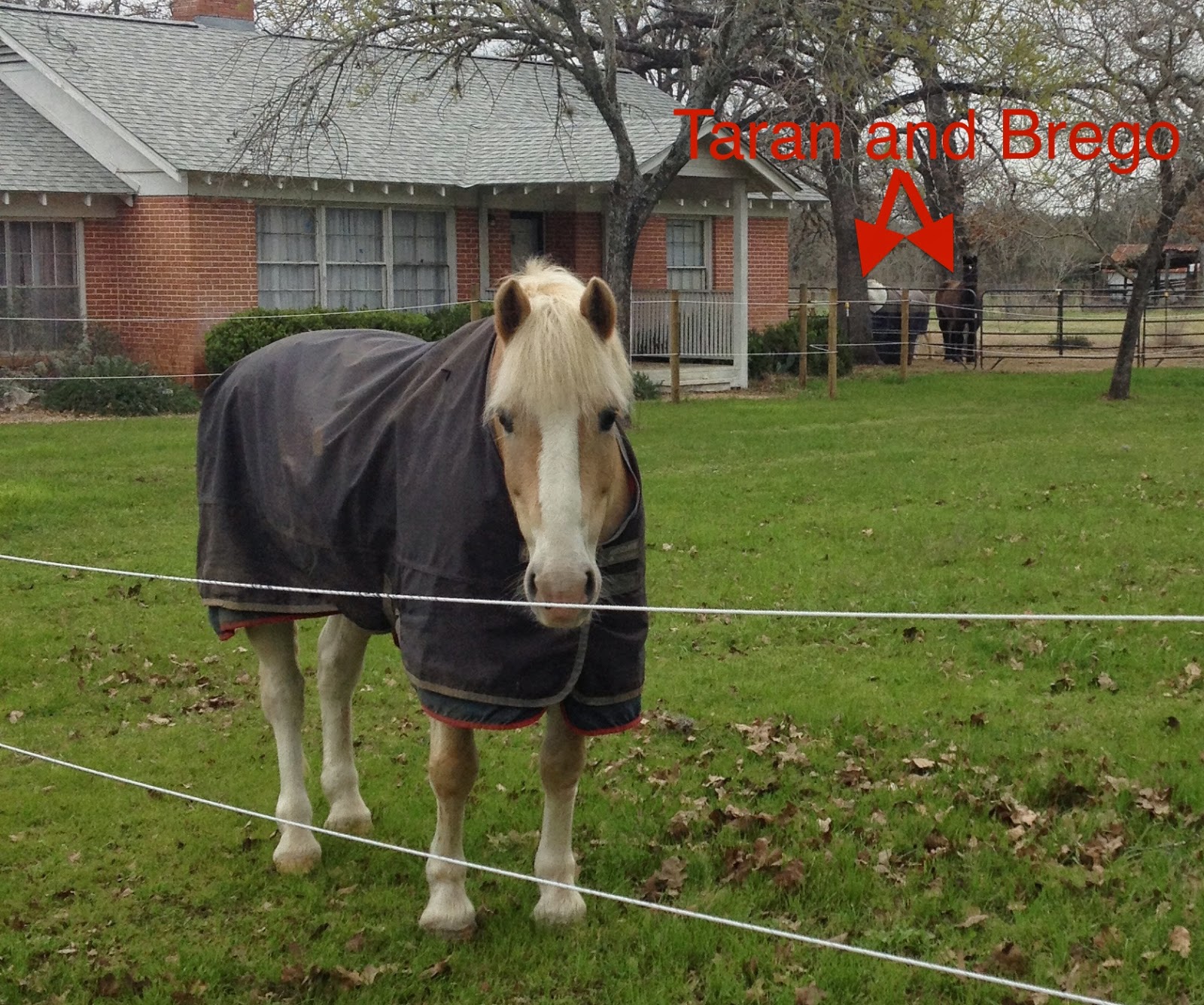 Turns out, he managed to push a tensioned H-brace out of place, then hopped over the tension wire to get into the front pasture and feast. He's talented enough that he didn't tear his blanket or scrape himself. I don't think he's missing a single hair, lol! 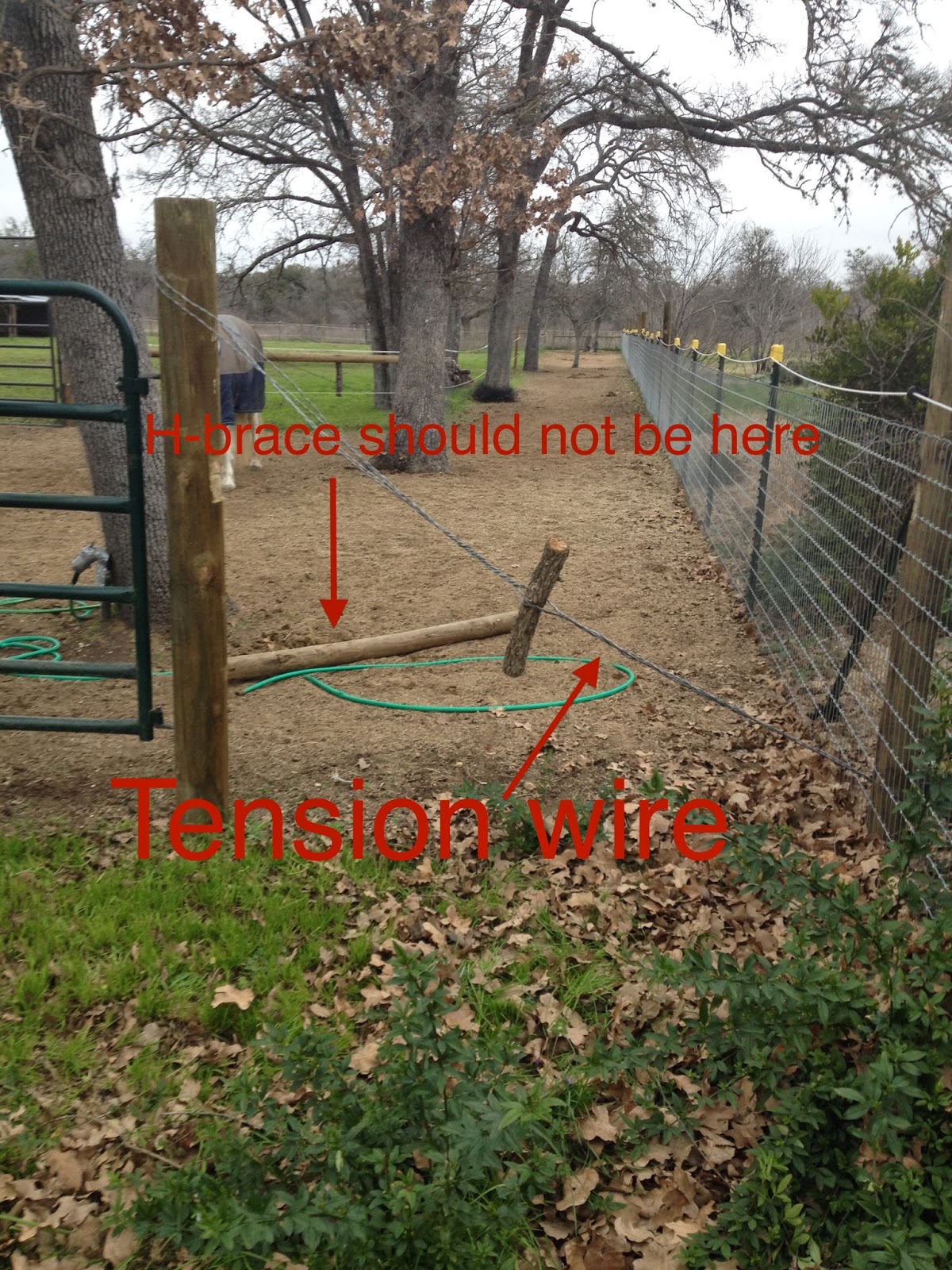 The moral of this story? If you have a Haffie, you'd better keep them at Alcatraz. Although it's entirely possible that they are excellent swimmers and could even escape Alcatraz. Heck, for all I know, Haffies migrated to North America by swimming across the Atlantic. They probably heard about an entire continent of grass and were like "WE'RE IN!!!!"

I'm a bit concerned that Paddy might notice how nice our neighbor's grass is...