Brego rocks Lysts on the Lake 2015

The short version: Brego ROCKED the jousting competition this weekend! He had zero problems in the lane, was happy to engage in mounted combat, and thought the jumping part of the obstacle course was THE BEST. Hubby couldn't be happier, and I doubt Brego's had so many treats (often provided by his extensive fan club) in years.

Although we had worked a lot with Brego over the winter, at his first competition in March he decided that he really did not like the idea of his rider getting hit, and chose not to play. He would either not go in the lane at all, or would stop dead in the middle, at the impact point. Since then, hubby and I have worked a LOT with him, getting him used to having his rider hit, having his rider move about, etc. Hubby went to a couple of practices where he probably got hit over 100 times while walking and trotting down the lane. While Brego had gotten better and better, he still hadn't been able to do an actual run where both riders had lances and were targeting each other. In an ideal world, we would have had another month to practice, so we were both quite concerned about what the big guy would think about actual jousting. Had we gotten him over his fears? Would he play?

Here's a video of how the first joust on Friday went:


Note that these are in reverse order ('cause I'm an idiot with iMovie), so the last runs in the vid where you hear me clucking are actually his first runs.

In short, Brego has gotten TOTALLY into jousting. He did his job, ran perfectly down the lane and stopped at the end. You'll even see a few vids where he flips leads after the hit to keep himself under his rider! Hubby actually made it to the finals, and by the end, was able to run Brego with no reins. Talk about major improvement! We couldn't be happier, and Brego couldn't be happier with all the treats and praise he got for a job well done. 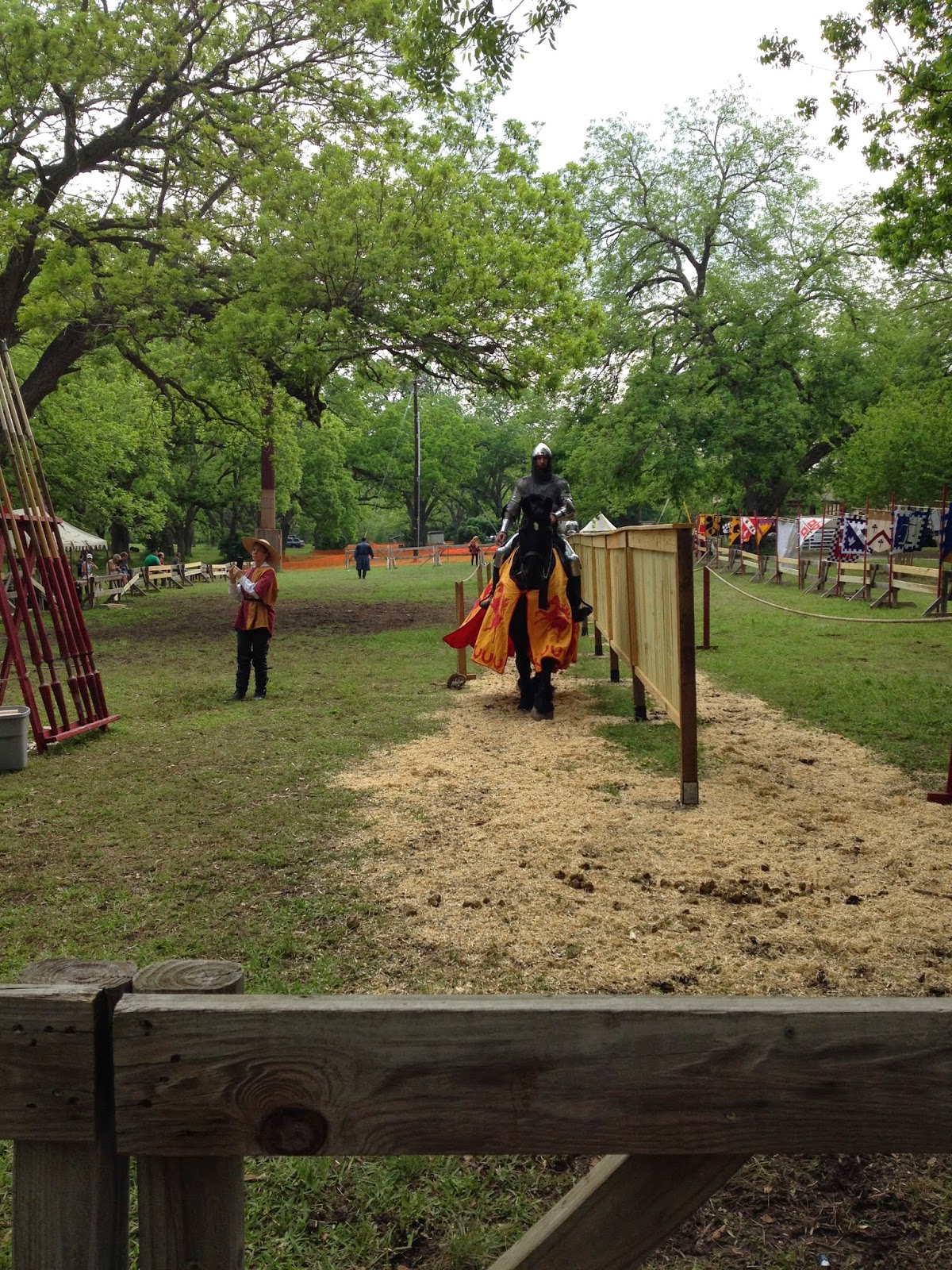 There was also a mounted combat competition, which is something that hubby has won repeatedly on Red. Alas, with Red happily retired, Brego has had to step in. He's not as maneuverable as a zippy little 14.2 hand MFT, but he's definitely getting the hang of going around bashing opponents. This was another game he just wouldn't play in March, and while he's still not interested in being the aggressor 100% of the time, you can see he does quite well considering all the excitement:

Back at the barn, Brego was quick to make friends with all the ladies. His favorite girl is a big Belgian mare named Peaches - they were practically inseparable. (Peaches mom made up the following song about the two of them.... "Brego and Peaches, sittin' in a tree... CRASH!!!") However, there were a number of PerchX mares and one PerchX gelding, all of whom thought he was pretty hot stuff. By the end of the weekend, Brego had an entire harem of his own. 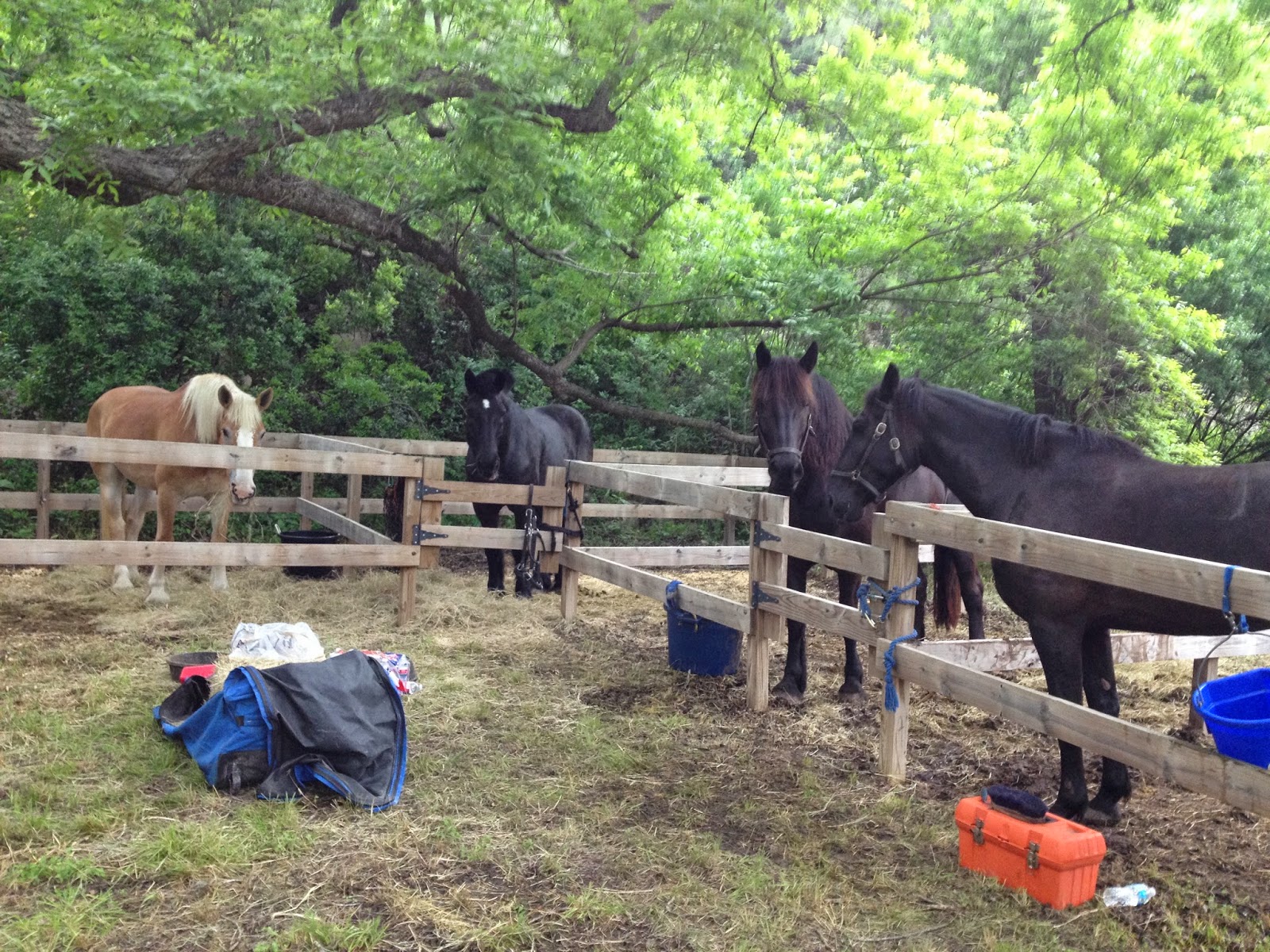 Brego (in the middle) and some of his girls.

The final contest was a mounted obstacle course based on the hunt. There was apple chopping, boar stabbing (a fake boar), a drag hunt, and jumping ditches and hay bales (Brego's FAVORITE part). I don't have any pics of this since I was jump judging, but hopefully there are some pro pics coming.

Brego also had an enormous fan club the whole weekend. I am pretty sure he mooched more treats than any horse there, and he got a bit impolite about asking for them. We ended up having to tell anyone who wanted to pet him to keep their hands "above his mouth" or else they were in for a bit of a slobbery surprise! I think he may have gained a few pounds from over-indulging, but it was well-deserved. 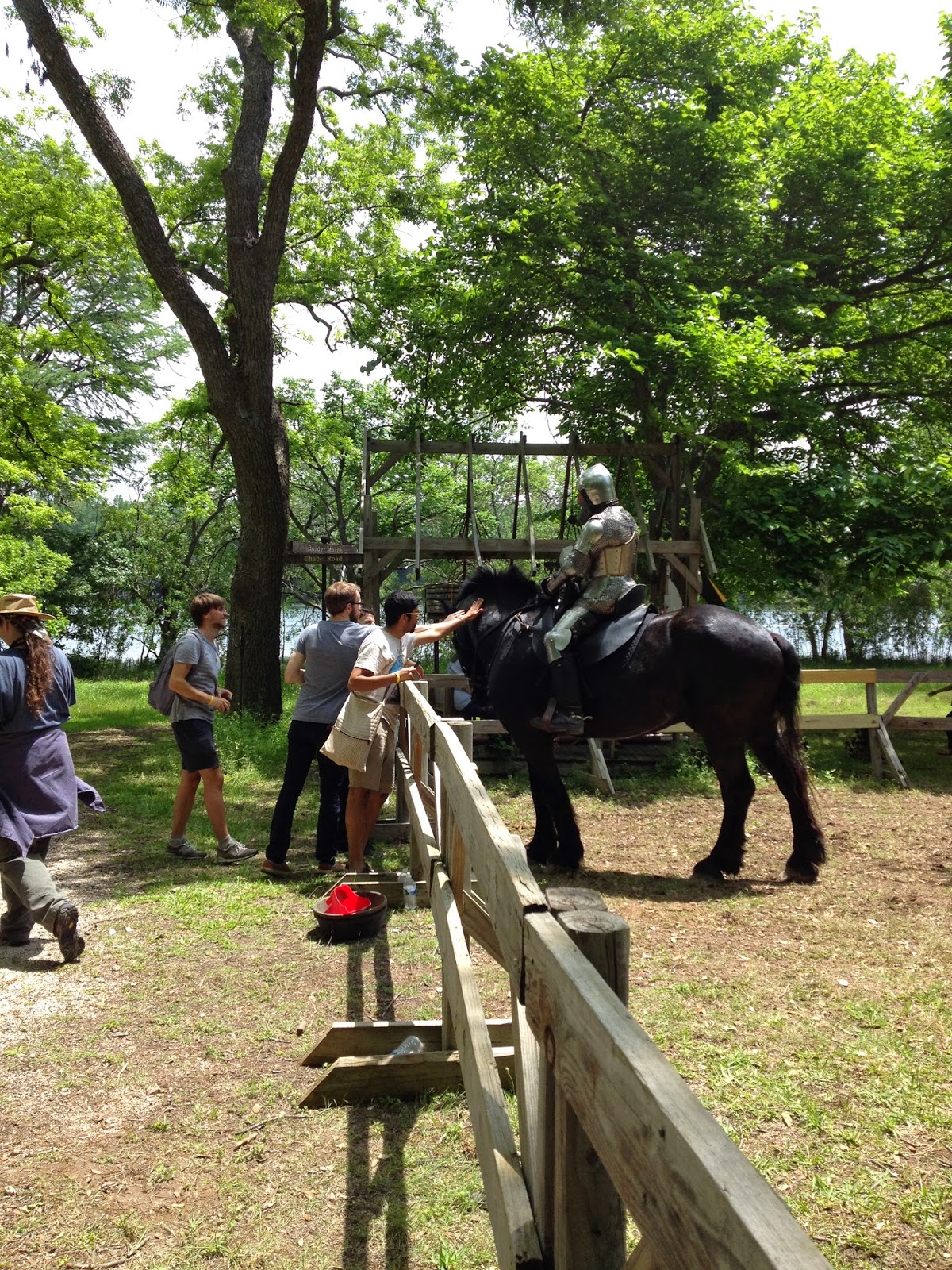 Of course, there is a huge amount of work that goes into putting this show on. Many thanks to the organizers, all the ground crew, and all the other competitors for making it such a wonderful event. We had a great time and can't wait for next year! 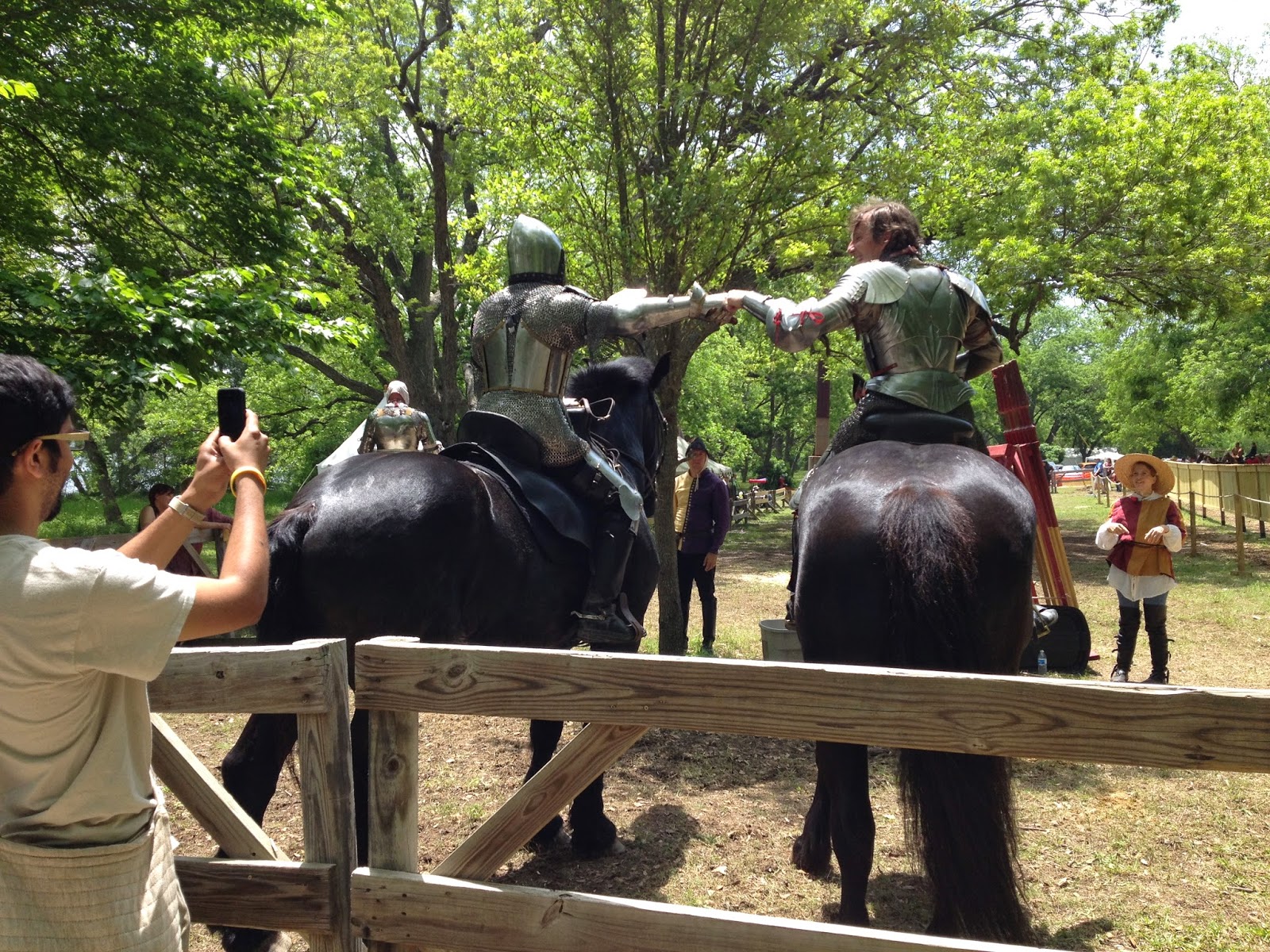