When you realize your horse isn't competitive against the big boys

I realized something really important at our first USDF rated show: We are unlikely to win much of anything at these venues.

I'm sure most of you are thinking "Quit it, that was just the first one and of course you're going to get better and your scores will improve." And you're right, we WILL get better and our scores WILL improve.

But they're not going to improve that much. Not ever. Because there's a fundamental difference between Paddy and the horses that we were and will continue to be competing against, that no amount of training can overcome.

You see, the other AA horses we were up against, even at Training level, were mostly warmbloods or WBXs. Those horses are bred for dressage, for loose, long movement, for big walks, for free shoulders and lots of push from behind. Paddy, on the other hand, is basically a miniature draft horse. He's got a more upright and heavier shoulder, a more upright trot, and let's not even get started on his canter. At his very best, he overtracks a tiny bit in the walk, whereas these horses might overtrack by an entire hoof print without even trying.

The horses we were getting 8s on their free walks - because they naturally have a very nice, loose walk with lots of overstep. A free walk has a coefficient score of 2, which means it's actually worth twice as much. So our 5 or, on a really really good day, 6, is going to be 4-6 points less than anyone else we're competing against. That's an entire percentage point (or more) on the total score - on one movement.

Same thing goes for collective movements. These horses are getting 7s and 8s on their gaits, because they really are nice movers. We're getting 5s or 6s. Even on our best day ever, some day in the future when I have Paddy relaxed over his topline and pushing from behind, we'll be lucky to get a 6.5 or maybe even a 7, if the judge just loves him. Those horses that we're up against? Pushing from behind and relaxed over the topline is going to get them an 8+.

I competed against an AA whose horse wasn't really engaged, wasn't really through. It was a pleasant test, but the figures weren't terribly accurate, the horse swapped leads, the rider went off course, and also didn't post during the stretchy trot circle (posting required on the test). They ended up with a 65 and change. We got a 62 on the same test. In other words, other riders can make MULTIPLE ERRORS on their tests and STILL have a significantly better score than we do - not necessarily because they are better riders (this person got a 5 on the rider score), but because they simply have much nicer horses that are better suited for dressage.

In all fairness, I wasn't very happy with our performance at that show. We do many things better at home, and I need to ride a lot better when actually IN the sandbox.  We have a long way to go and a lot of work to do, and plenty of room to improve.  But the fact is that even if we put in a stellar test, we're unlikely to get much above a 65, or maybe  68 - certainly not the 72% that won most of the Training level classes. We'll probably always be in the bottom of the field, especially in the qualifying classes. That's a little depressing if you're in it to win it. 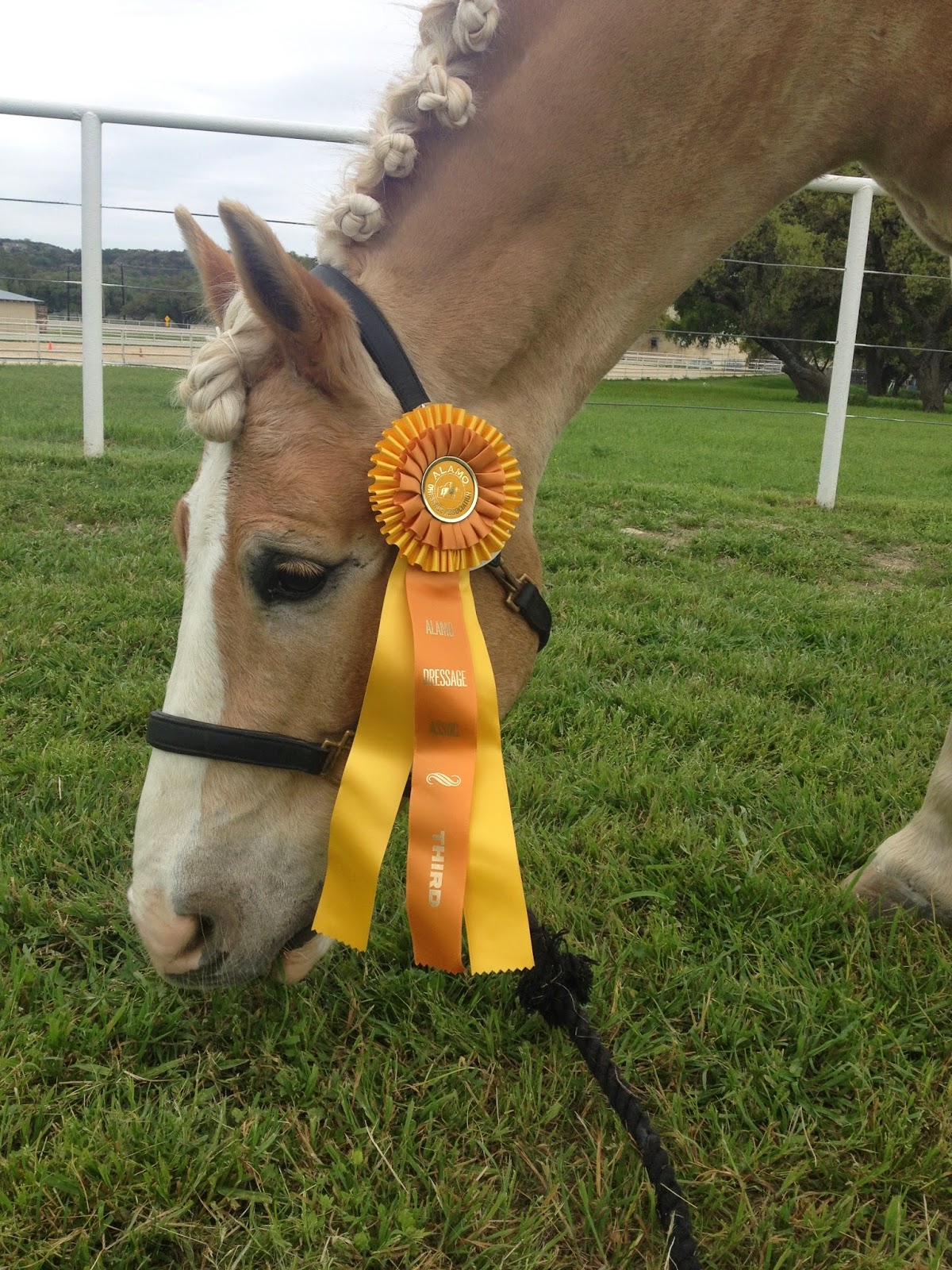 But, the nice thing about dressage is that you don't have to win in order to get the scores you need. You see, the USDF has a number of awards programs that are based off percent scores. There's a Rider Award program at each level, which requires 4 scores over 60%, under 4 different judges. We have two of those scores already at Training level. There's also qualifications for the Regional Championship - two scores under two judges over 61% on Training 3. We have one of those scores. There are qualifying scores for Nationals (don't have any of those), and once we move up to First (you know, maybe some day when we can canter) we can qualify for Bronze Medal scores. All those awards require scores in the low 60s, which I believe is totally doable for us - especially once we get our act more together. :)

So, while we're unlikely to be bringing home any blue ribbons at a rated show, I have every hope that we can qualify for some of the USDF awards. And I'm really glad that the USDF has a program where people with less-than-amazeballs warmbloods can still play. 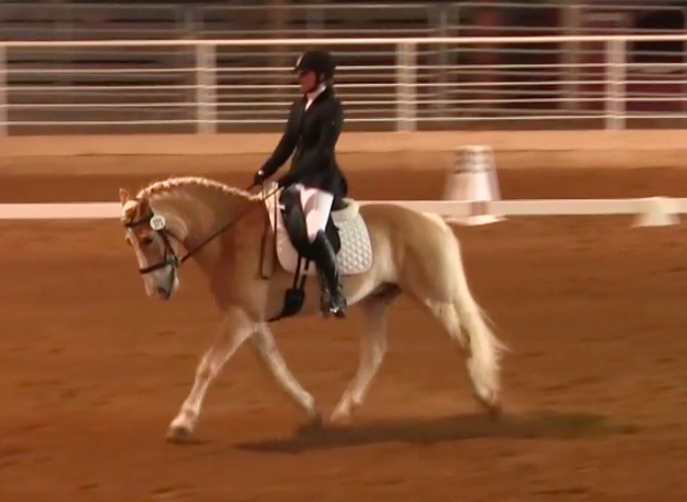 And who knows, maybe if we can get this kind of movement on a regular basis, we can beat a few of those Warmbloods. :)