Things I wish I had known a year ago

I've been puttering around with this post in my head for a while, and it's still kind of jumbled. But there are some things I've learned in the past year that I wish I'd known at the start of the year.

Stop talking down about yourself, your riding, and your horse. No, I'm not God's gift to riding, and no, Taran is not going to the Olympics. But that doesn't mean I have to be self-deprecating about everything. If someone gave us a compliment, I used to make a snarky negative comment. Now, if someone gives us a compliment, I say something like "Thank you, we've really been working on that and he tries so hard for me". I'm not trying to be a prima donna about it, but I don't need to put us down either, because if you say enough negative things, you start to believe them. Instead, I now tell Taran that he's awesome on the daily, because if he thinks he's awesome, he acts like it (seriously, you should see him puff up!).  Pretty soon, you'll both believe it, and that makes a huge difference in your outlook on life! 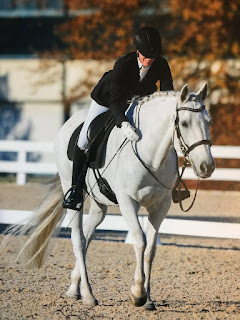 Visualize everything. Over the summer, I read "That Winning Feeling". Mostly what it talks about is the power of positive thinking (see above) and the value of visualizing your movements and tests and how you're going to ride them. The more detail you visualize, the more you can trick your body into thinking that you've actually done something over and over again. I practiced a lot of tests in my head, and it really helped. In fact I was in the middle of one test and momentarily blanked on where to go next, but my body knew because I'd visualized it so much, and we had already started the next movement. For the record, I forgot exactly 0 tests in 2017, so sample size of N=1 says visualization really works! 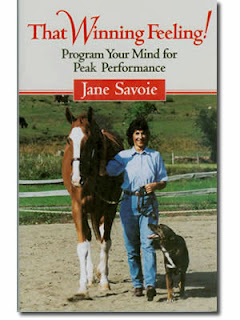 Seriously, go buy this thing - it's worth every penny. Best sports psychology advice I've ever gotten, even if the author's hairstyle is a bit 1980s.

Be honest with yourself and with your trainer about your goals. In my second ride with GP trainer, she asked me what my goals were. I flat-out told her I wanted to ride Grand Prix. She told me that I'd probably need another horse, and I agreed but told her I wanted to see how far we could get with Taran, because he's what I have right now. Knowing my goals, she pushes me harder than she does some of her other students. She makes comments like, "Don't show up again without spurs because you need them for FEI" or "go back and do that transition because that's not going to fly at 4th". She knows where I want to go and that I'm willing to work to get there. Which leads to... 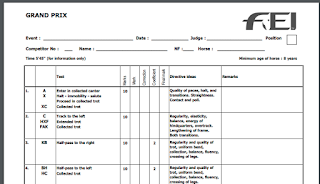 Let's just lay all the cards out on the table, mmkay?
Get the best trainer that you can afford, and that works for you and your horse. When you have a trainer who has ridden at the top, and taken students to the top, that person has more tools in their toolbox than someone who hasn't. They can see the path to get you where you want to go and they understand what it takes to get there. My original trainer is lovely, and taught me a great deal about correct basics, but early last year we both realized that I had outgrown her. I struggled with moving on to someone else, but it was definitely the right thing to do. Having the right person teach you - AND one who believes in your horse - really makes all the difference. 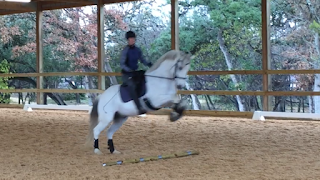 For me having someone with a sense of humor is helpful, because while my horse is awesome, he's not always awesome is the ways I was hoping for.

Doing second level well takes longer than you think. We got our bronze medal scores our first time out at 2nd, and looking back on those tests, they were cringe-worthy. In hindsight, I feel like we moved up to 2nd and faked our way through 2-1, but there's a year's worth of training and building strength between faking the first test and owning the last test. It takes a HUGE amount of strength, straightness, and balance for a horse to correctly perform movements like canter-walk (not to mention the rider's aids and timing), and I didn't realize just how much until quite late in the year. It didn't help that Taran was (unknowingly) struggling with PPID, but even so, all of our second level movements improved 100% over the course of the year. And there's still A LOT of room for improvement! It's hard not to rush through when you've got all the movements, but patience pays off to make them solid. The step from first to second is REALLY big, so give yourself and your horse time.

Fitness matters. Dear 2018 self, get yo lazy ass off the couch and get back to jogging and yoga. Seriously, I hate this one the most. I HATE jogging with a burning, fiery passion. I hate going to the gym. But late last summer I was jogging about a mile a day (don't laugh), and doing 20 mins of yoga daily, and it helped my riding so much. I know there are folks out there who run 5 miles every day and do crossfit and all that, and I just cannot understand how you make yourself do it. But I've seen first hand how much being even just a little more fit makes a difference in my riding, so really. This is my advice to me every year: GET OFF YO ASS. 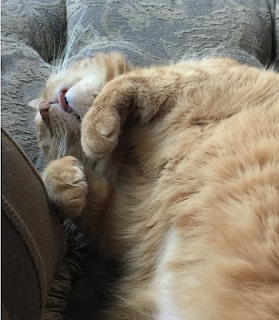 Moo is definitely not helping with the fitness plans.

Don't compare yourself to others. This is hard, because we all look at what our friends or fellow bloggers are doing and lament how much slower we are moving than they are or how much better they did at the last show or whatever. Here's the thing - every horse/rider/trainer/barn/life situation is different. Be happy for your fellow riders who are doing their thing - whatever that thing is. Cheer them on. Tell them they are awesome. They've worked just as hard to get where they are as you have to get where you are. But your journey is your own, and you should revel in it. Constantly compare yourself and you are going to come up short every time. Measure success in your own way instead - and be sure to develop a healthy sense of humor for when things don't work out quite as planned. 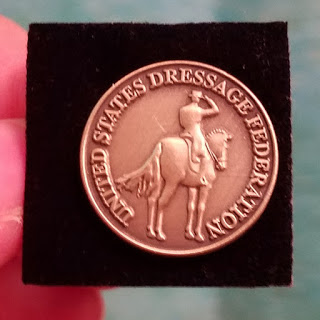 I admit, I'm a teeny bit jealous of Jan getting her bronze medal last year. But in reality, she's worked her ass off and I'm so proud of her and excited for her and Penn. Being happy for her successes (and everyone in blogland) doesn't take anything away from me. Instead I get to share your journeys and celebrate with you.

Take omeprazole when you give it to your horse. Seriously, do you have to give yourself ulcers before every show? I do, and I've just had to admit that it's best if I take human omeprazole when I give Taran his. At least that way I don't want to throw up nearly as much. 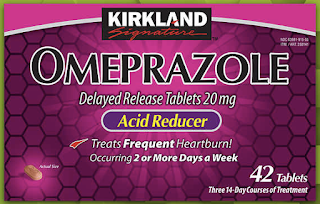 I've come to the realization I might as well buy it in bulk.

So... what do you wish you had known at the beginning of last year? What advice would you pass on to someone else?
Posted by jenj at 2:39 PM