At the beginning of last year, I made a list of things that I hoped would happen. I set some very reasonable goals for myself and some really far-fetched ones, but even so we accomplished more than I ever thought possible. 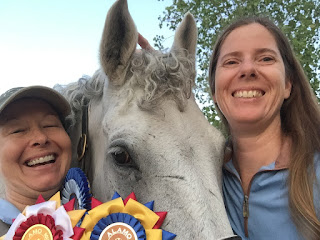 Despite all his accomplishments, I still have to hold his ears up for pictures.

My goal of getting my bronze scores at second level was accomplished my first time out, and honestly it felt like a little bit of a cheat. There's so much more to second level than getting a 60% on 2-1, so those scores were the beginning of a much longer journey. By the end of the year we we scoring solidly mid 60s on 2-3, with plenty of room for improvement on pretty much everything (I'm looking at you, TOH). 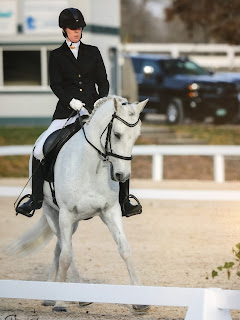 Our haunches in game was pretty strong, despite my lovely habit of collapsing.

Along the way, we picked up three USDF Dover medals. This award is given to the highest scoring AA at 2-3 at a USDF rated show. It's honestly something that was never on my radar, because let's face it, mid 60's isn't a terribly high score. But we got lucky at several shows where there were only a couple of riders in the class, many were out for the first time, and they weren't on super fancy horses. So while I feel like the stars aligned for us to win those medals, I'm definitely not going to turn them down! 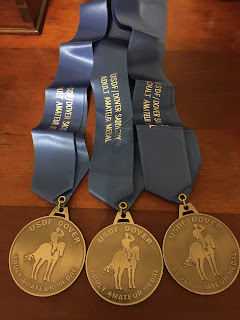 And because we got three of them, we also won a Dover National Merit Award - 37th in the nation, with an average score of 65.122. I even got a trophy - my first ever! 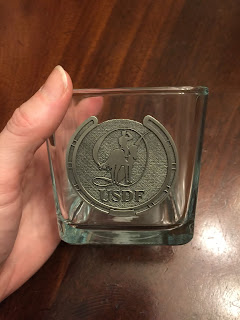 Maybe it's more of a scotch tasting glass than a trophy? 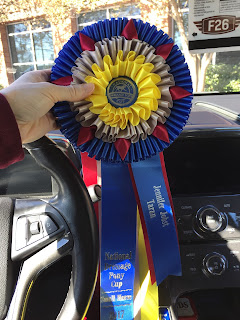 And really, I signed up for the satin. I swear this rosette is bigger than my head.

Taran got his USDF 2nd level Performance award, for having 10 scores over 60% at second level (including 4 scores at 2-3). I got my USDF 2nd level Rider award as well. I also ended up getting my 1* rating from centerlinescores.com, which is kind of cool. I do wish our average scores at 2nd were a little higher - our poor showing at Nationals really brought it down.

Not only did Taran and I qualified for regionals at first level and first level freestyle, we also qualified at second level (although that was a long shot goal for the year). Our placing at regionals on the 1-3 national qualifying test was kind of sad, and I ended up scratching the SWDC championship 1-3 class. However, we were 7th in the national first level freestyle qualifier, and got a wildcard qualifying score. We were also 4th (behind 3 pros) on the SWDC first level freestyle championship, so I am pretty pleased with that. We actually beat all the AAs who beat us in the national qualifier, so it just goes to show that some days everything goes really well. And for the 2nd level national qualifier, my goal was not to come in last. So when we ended up third in a strong field, I was absolutely thrilled. We'd put in the best test of the year for that ride and I just couldn't have asked for more. 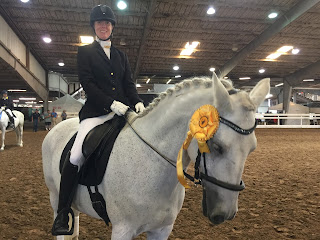 It was also eleventy bajillion degrees at regionals, which is why we both look kind of wilted.

As for my first level freestyle at Nationals... well, you know how awesome that turned out. The victory lap around the Alltech Arena at Kentucky Horse Park was pretty much the icing on the top of a fairy tale year. 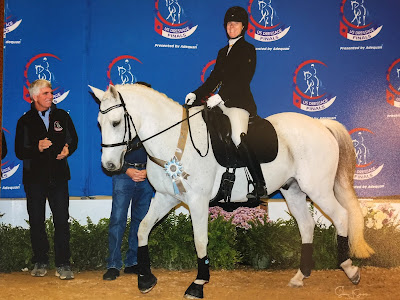 The hardest thing about this year was keeping Taran happy, healthy, and sound. We struggled with intermittent soundness issues, ulcers, a broken tooth, and of course the PPID (Cushings) diagnosis. We seem to have found the right combination of sneakers, feed, and doses of Prascend, so hopefully we can continue to check this goal off the list. 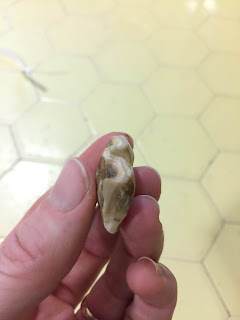 Let's not do this again, mmkay?

As for the "crazy" goals I had this year... I did ride 3-1 at a schooling show, even though I didn't have changes. And obviously we didn't get our bronze medal scores at third. But I'm feeling like those things are going to be more than obtainable in 2018, and I'm SO looking forward to it! 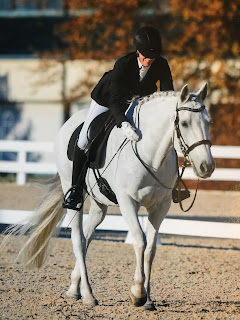 Because I have hands down THE BEST pony EVER!
Posted by jenj at 2:50 PM