Happy Birthday Cash & Reddums! (Or, how to host a horsey birthday party)

This week, Cash turns 25 and Red turns 20. In honor of their somewhat impressive ages (especially given Cash's myriad ongoing issues), I decided that if I was ever going to host a horsey birthday party, now was the time to do it. So we invited our horsey neighbors and riding friends over for a cookout and some very silly afternoon fun.

Did anyone else have/attend birthday parties as a kid where you played the traditional party games? Well, at this party, the horses got to play the games!

First up, we had a pie eating contest. The "pies" were chopped apples sprinkled with oatmeal and drizzled with a bit of molasses. Oberon, who is apparently part goat, won this contest in approximately 1.3 seconds. 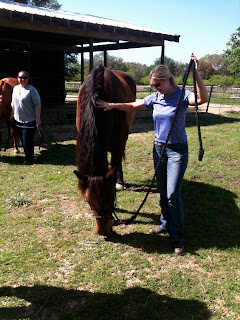 Imagine a hoovering sound with this picture. 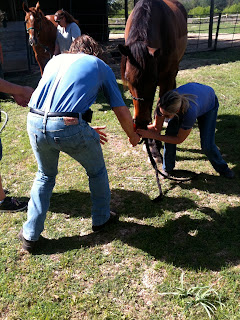 Just to be certain of his victory, Oberon also tried to eat the plate the pie came on. Here hubby and TD are trying to pry it out of his teeth (they were successful). 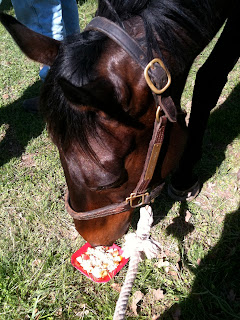 Next up, bobbing for apples! 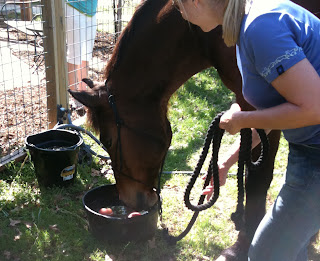 Oberon was a natural at this as well, and did not let the water up his nose deter him in the slightest. 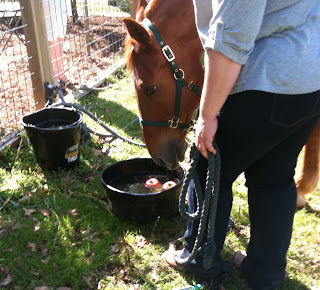 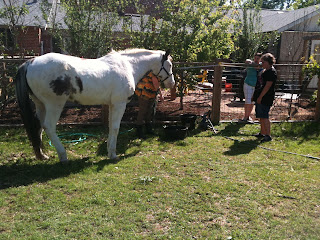 Cash decided that such games were entirely beneath his dignity and opted not to play.

And finally, the absolute silliest game... the carrot-and-stick races. Yes, we literally tied carrots to sticks and then timed the boys as to how long it took them to get to the finish line. You were not allowed to touch your horse, call him, or make any clucking or kissy noises, you could only use the carrot to lure your horse forward. 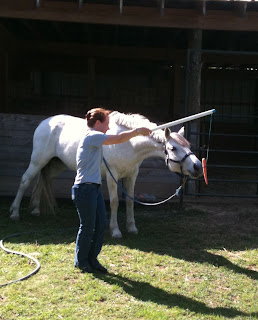 Taran was not about to move his feet to get the carrot, but instead stretched as faaaaaaaar as he possibly could (note the hind legs). 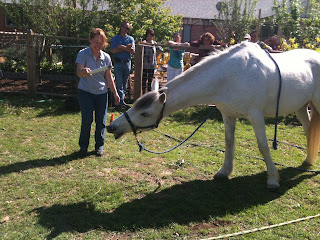 The "nose wiggle"technique was also popular, to try to snag the carrot from midair.

Here's a short video of Red demonstrating how it's done:

Also, I am pleased to announce that ECHO FINALLY WON A RACE! That's right, folks, Echo won the carrot-and-stick race. This is even more odd because he's still not 100% sure he even likes carrots, but we're working on that. (And sadly, there was no photographic evidence of his victory, but there were lots of witnesses. Yay Echo!)

After the festivities, we had a brief photo shoot: 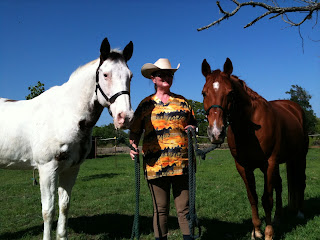 MC with the birthday boys. 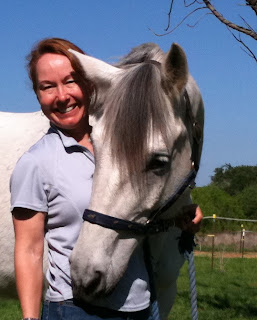 Me with Echo the EAdorable.