Paddy's been doing super amazingly well with the addition of corners and big circles to his workout routine. He's 110% and hasn't taken an off step yet, so I breathe a little easier every time we have a sound, successful ride. Fingers crossed that things continue! 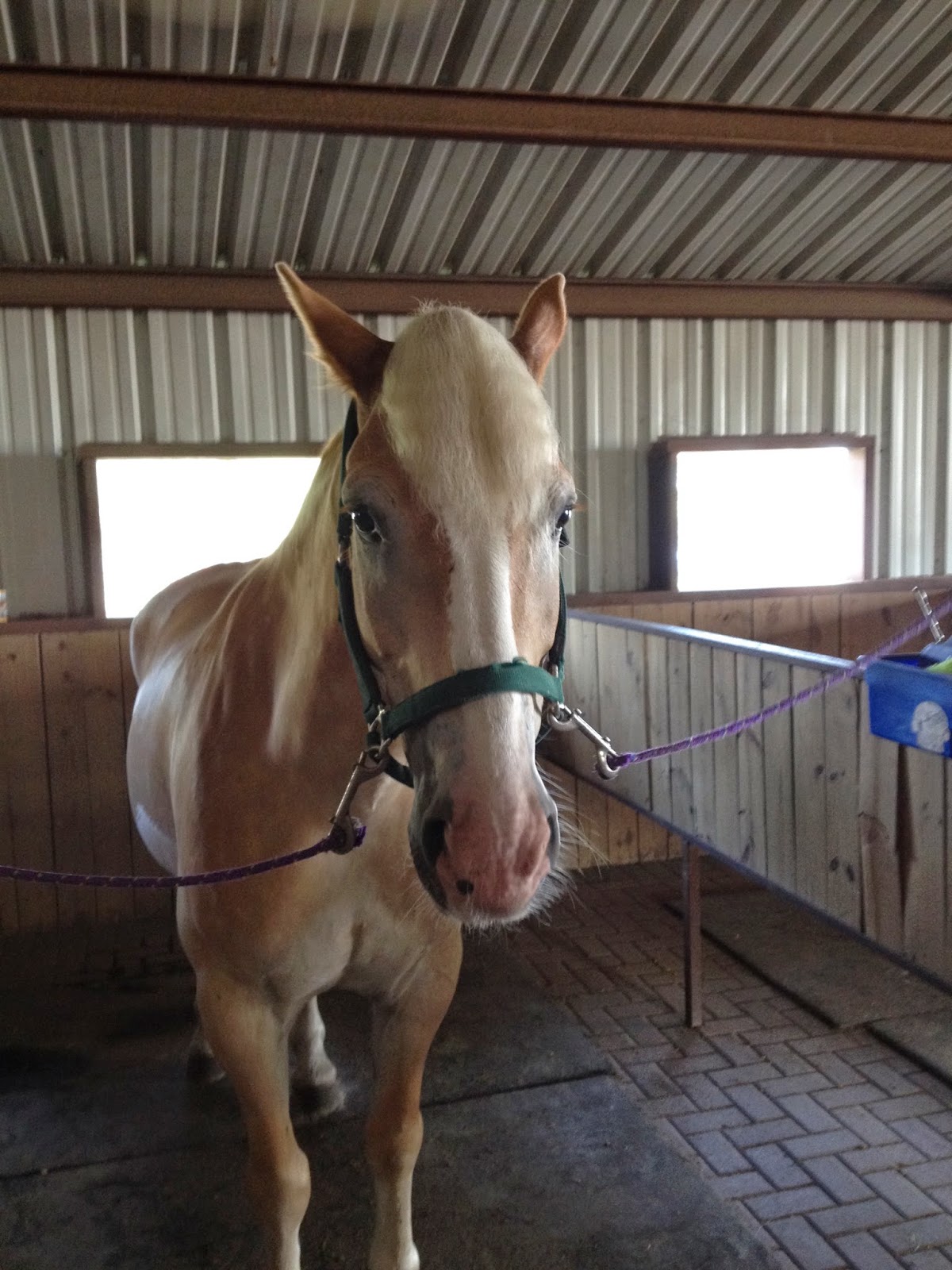 Haffie is not impressed about being 110%.

The first few rides, we just did laps around the arena at a walk and trot. I counted carefully - two laps walk, two laps trot, change direction, lather, rinse, and repeat. Y'all, rehab is SO BORING. Ohhh how I wanted to do a circle. Maybe a teeny lateral. Shoulder fore, even! ANYTHING. But all of that was strictly off limits. Besides, I had my hands full with getting Mr. Haffington to do something between mach-one-Haffie trot and Western Pleasure Haffie trot. Seriously, the boy has no rhythm whatsoever. And also, he'd like his rider to hold him up, please. So much easier that way!

So we have been working on rhythm. Lots of sitting trot for me (with posting mixed in so I don't get stiff), lots of half-halts, transitions, and reminding myself to let go of the left rein, dammit. Paddy is very sneaky about changing rhythm too - you'll be going along nice and light, and then one step later you realize he's tucked his nose an inch in toward his chest, and you're being run away with at the trot. HOW does he DO that?!?! Big half-halt with seat and hand (and LET GO DAMMIT), then leg and back to the nice rhythm. Wait till he tries it again, only this time try to catch him before he actually succeeds.

Sneaky Haffie, I tell you. 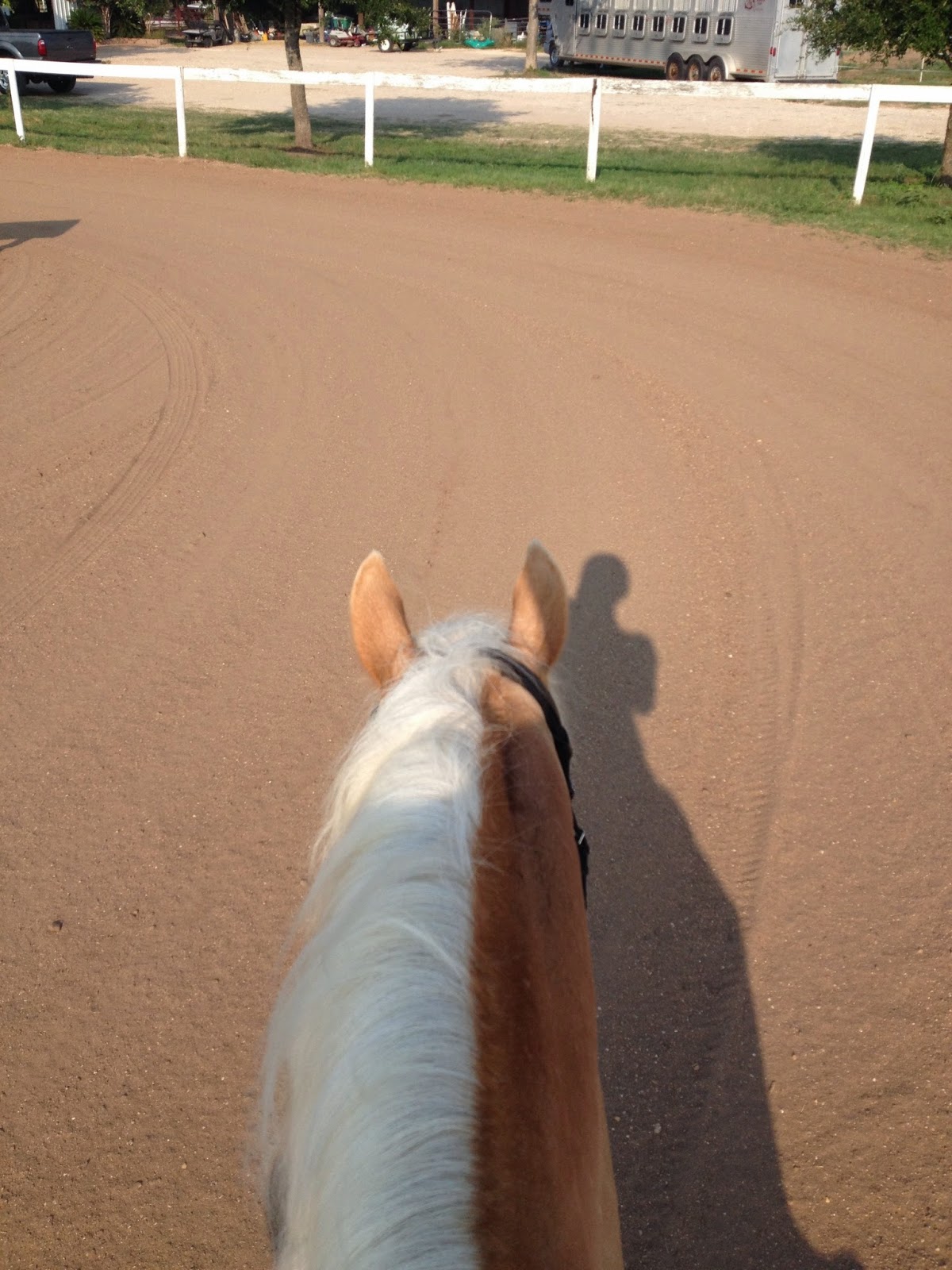 This is a sneaky Haffie. Really. Even his EARZ look sneaky.

Now, after almost two weeks, I feel like we're getting somewhere. I've added 20+ meter circles in, and I've been asking for more push forward without rushing. The last two rides have just been beautiful - I feel like he's really coming over his back for 5-6 steps at a time, like he's finally relaxing and moving more fluidly. I'm also trying to be very cognizant of my body position and relaxing, and damn if he doesn't move better when I ride better. Strangest thing ever, I tell ya.

I wish I had pics or video of how he's going right now, but I apparently am the only person who rides after work or in the early morning. Lauren's schedule and mine haven't coincided this week, so no pictures to be had. Hopefully in the next week I'll be able to get some - I'd really like to see how he's going from the ground. 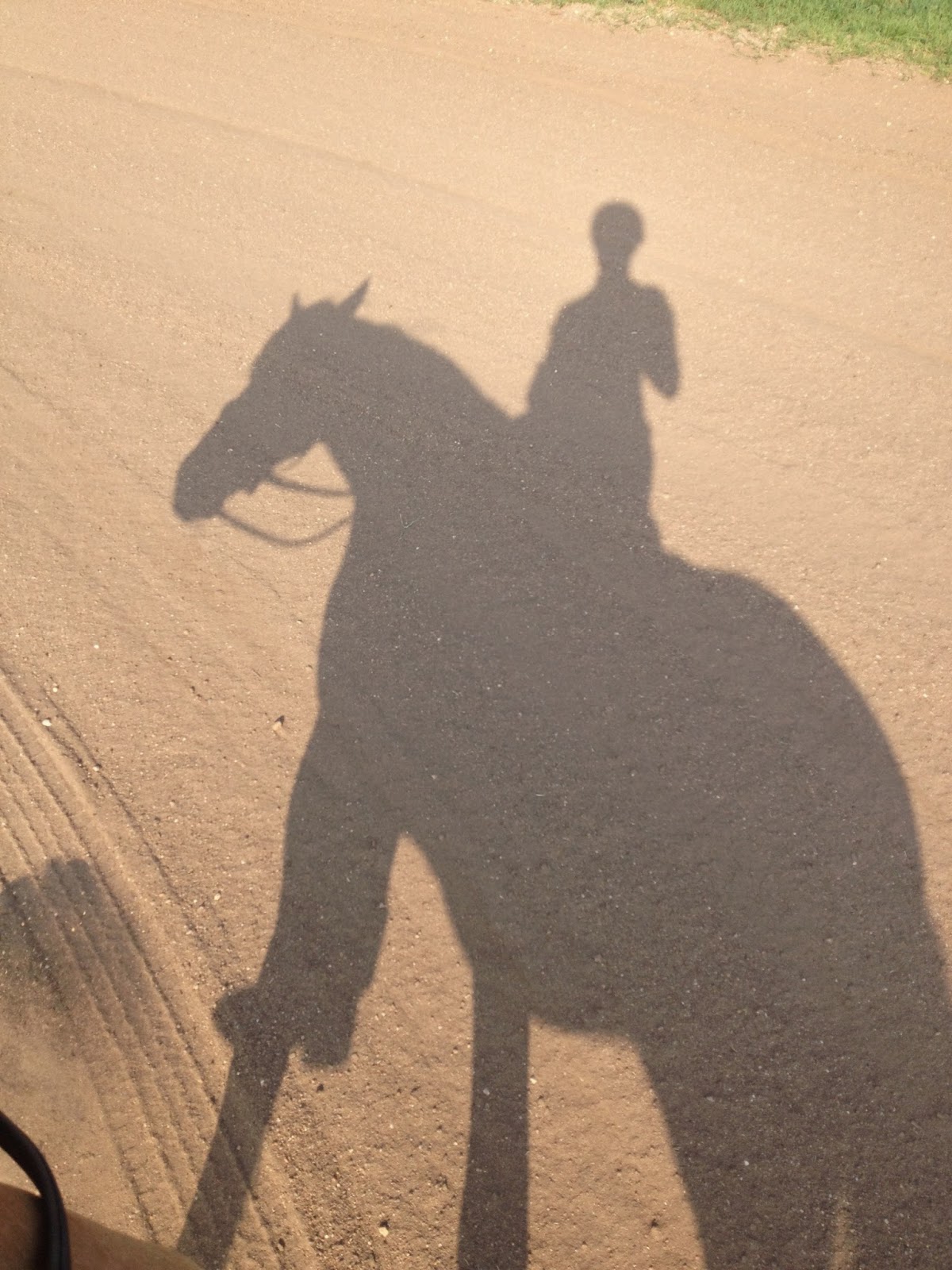 You will have to make do with this silhouette of us. His butt's not that big in real life, I swear.

Tomorrow, I'm going to call the vet and ask if maybe we can canter. Maybe please?
Posted by jenj at 3:01 PM