Y'all, I hate scorpions. HATE THEM. And we have a lot of them here.

I have the worst record with scorpions. I think I've been stung about 7-8 times. Fortunately, I'm not allergic to them, and every time I get stung it hurts a little less. Maybe I'm becoming immune? I haven't been stung yet this year, so I consider that a victory of sorts.

Then, the other morning, I pulled on a shirt to go feed the boys. It was one of hubby's shirts - a big, baggy t-shirt that had been laying on the floor overnight. I walked into the kitchen, and kiddo #1 said, "There's a scorpion on your sleeve!" Hubby was right behind me and grabbed a magazine to swat it, but it managed to escape up INTO my shirt sleeve in the meantime. Hubby swatted at it a few times (not knowing where it was, just took random aim at my arm) but he couldn't see it. I pulled off my shirt and found the scorpion stunned on the floor, where hubby finished it off.

Unfortunately, the little summabeotch managed to sting me about 8-10 times before we got it off me. 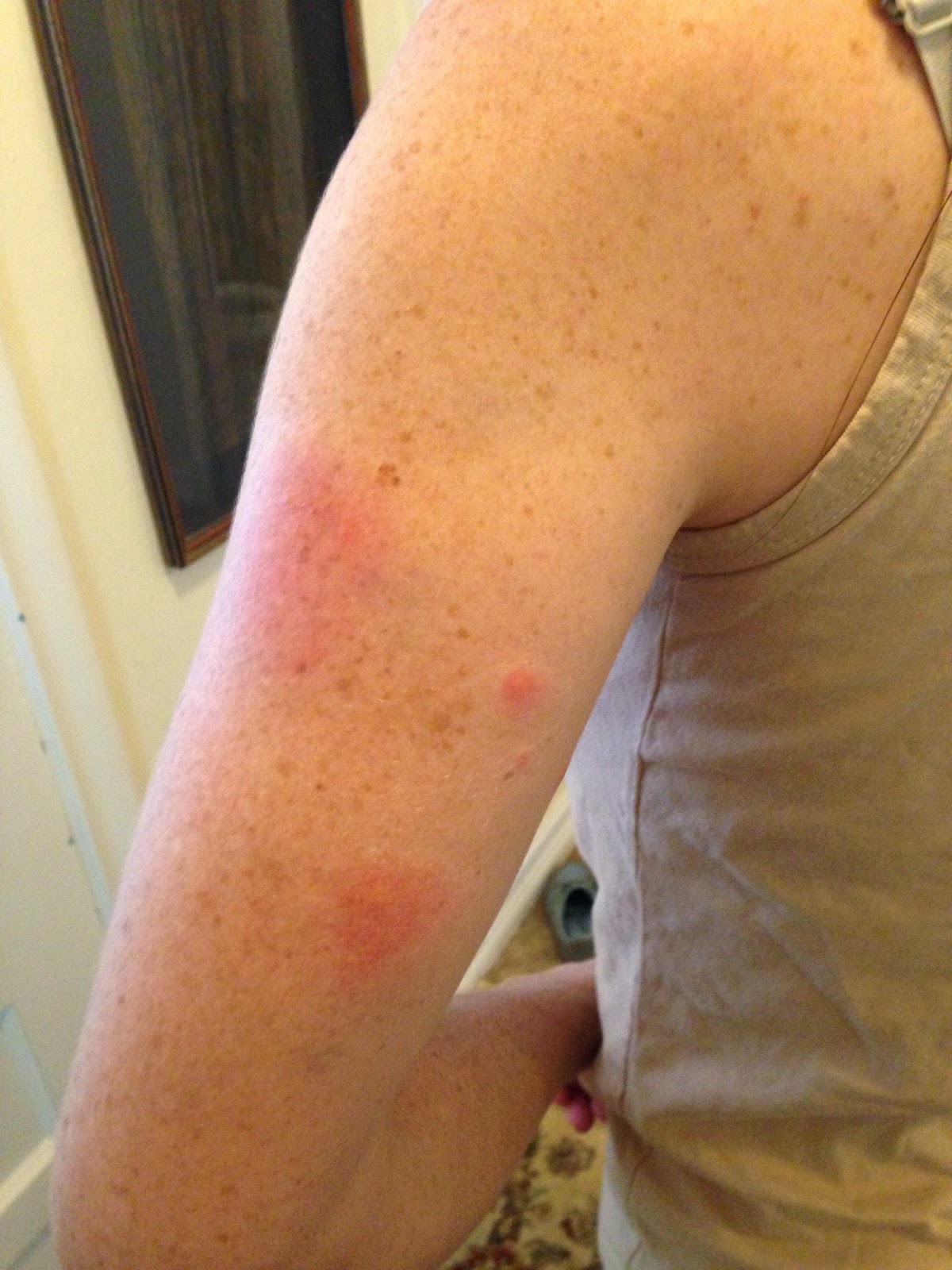 I may have to burn the house down now. Perhaps that would get rid of them all.
Posted by jenj at 8:08 AM