If I self-identify as a dressage queen, does that mean I don't have to ride in the rain?

I had plans to ride tonight when I got home. Big plans. The last show of the season is this Saturday and we're slated to do the 2015 1-2 test, which is approximately 934761831289 times harder than the old 1-2 test. It's the same movements but they come up faster in the new test. Plus I'd like to have a better trot lengthening and more consistent leg yield. Obviously we're not going to miraculously improve since the last show, but a little better would be nice. However, improvement requires riding, which is what I did not do tonight because it was raining.

As I was putting out hay I thought about how it wasn't really raining that hard and it wasn't that cold and now we have lights for our tiny pretend arena so dammit, I should ride. Plus, the weather is supposed to be worse tomorrow and it might be muddy by then so really, I should ride. While I was mucking, it started raining harder, and I thought about how maybe if I just did a short walk ride, that would be better than nothing. I thought about how we could just do a little leg yield down the rail, and that would help. But by the time I was done I was pretty soaked, and Red - who generally will not let anything stand between him and food - would not come out of the barn to get his hay. 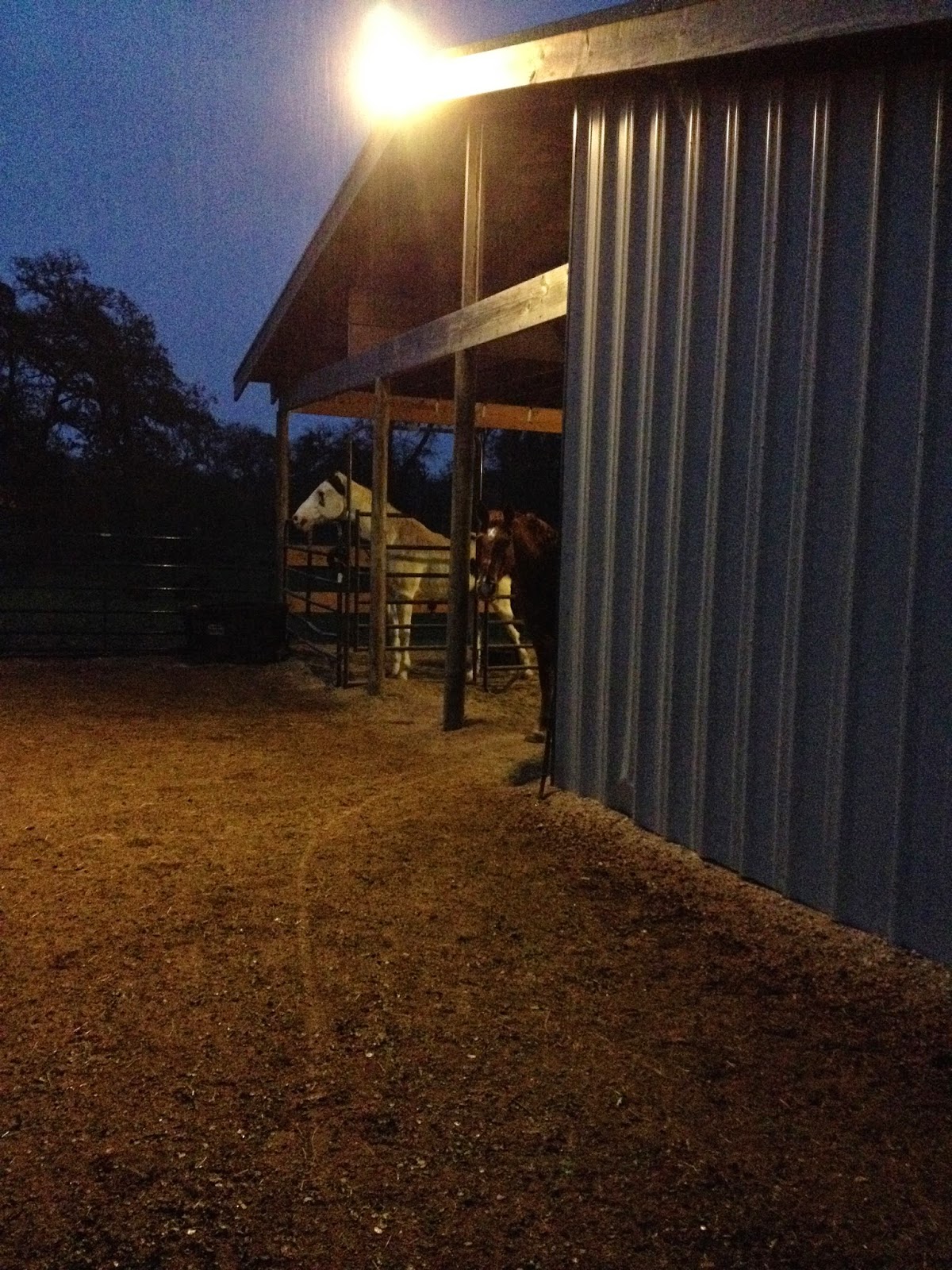 Y U NOT LEAVE HAY IN BARN STUPID HUMAN. IS RAINING.

So I gave up on riding and decided to play horse dress-up instead. I tried Paddy's new special "stock horse" cut blanket from SmartPak on him. They're made especially for horses with square builds. 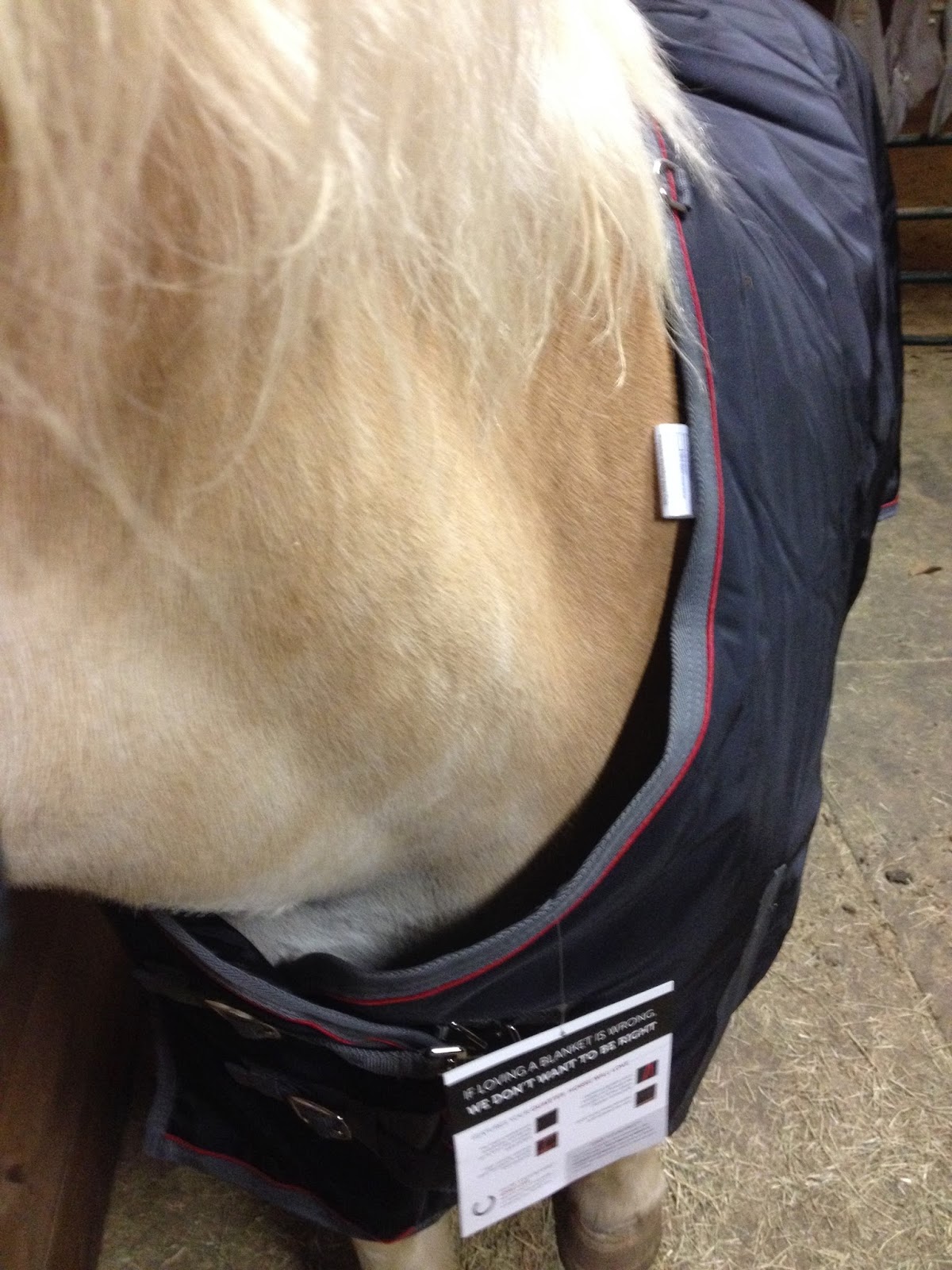 Alas, Paddy is apparently not square enough. That's the SECOND blanket that doesn't fit him. We tried the Rambo Optimo but it didn't work either - went down past his knees. Haffies are impossible to fit, I tell you. 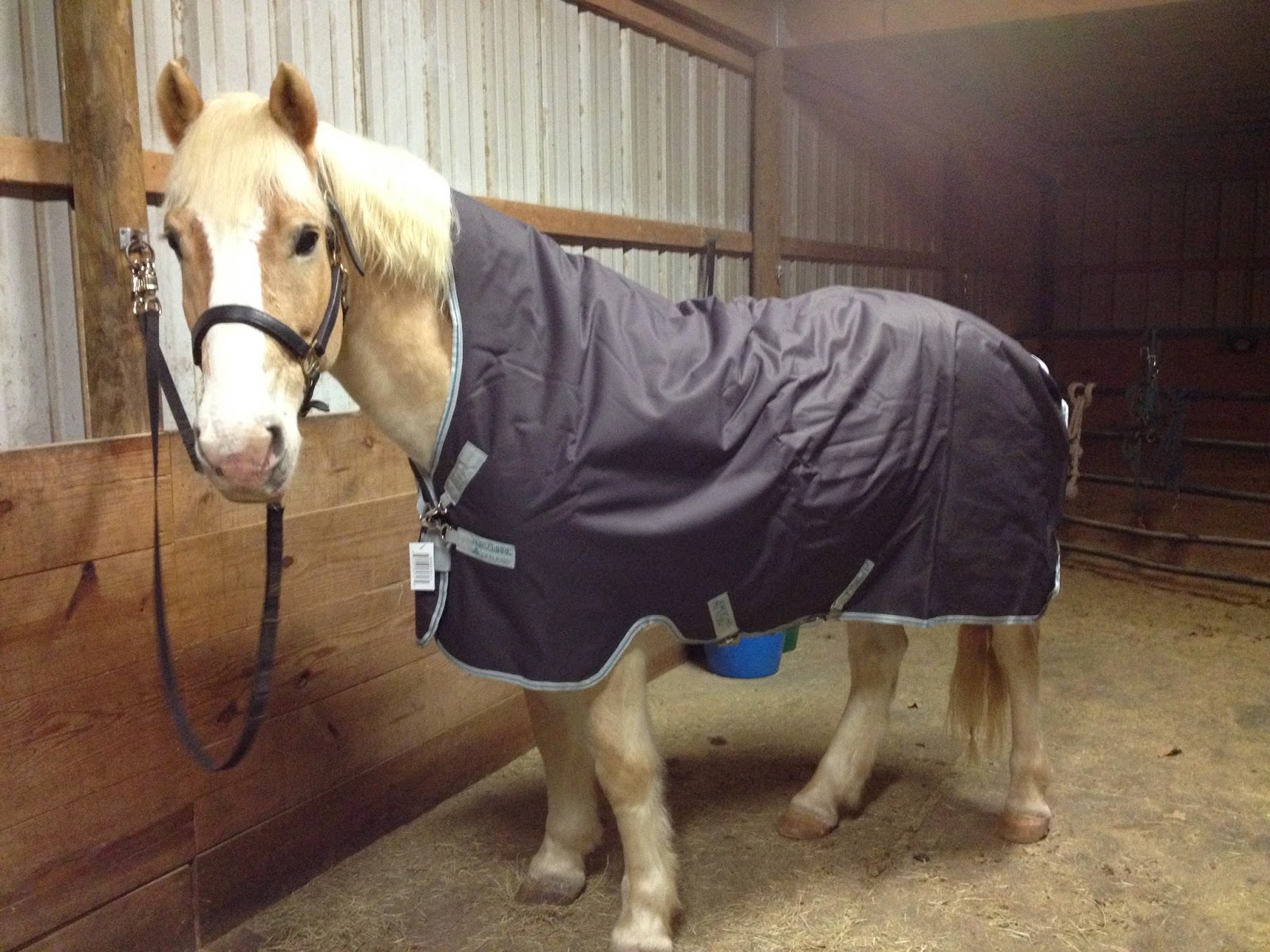 So I tossed Cash's new Wug on Paddy to see if it would work, since their wear the same size. Paddy's problem is that his wide shoulders are hard to fit, plus he's short. The Wug pulls a bit in the shoulder, but otherwise seems OK. 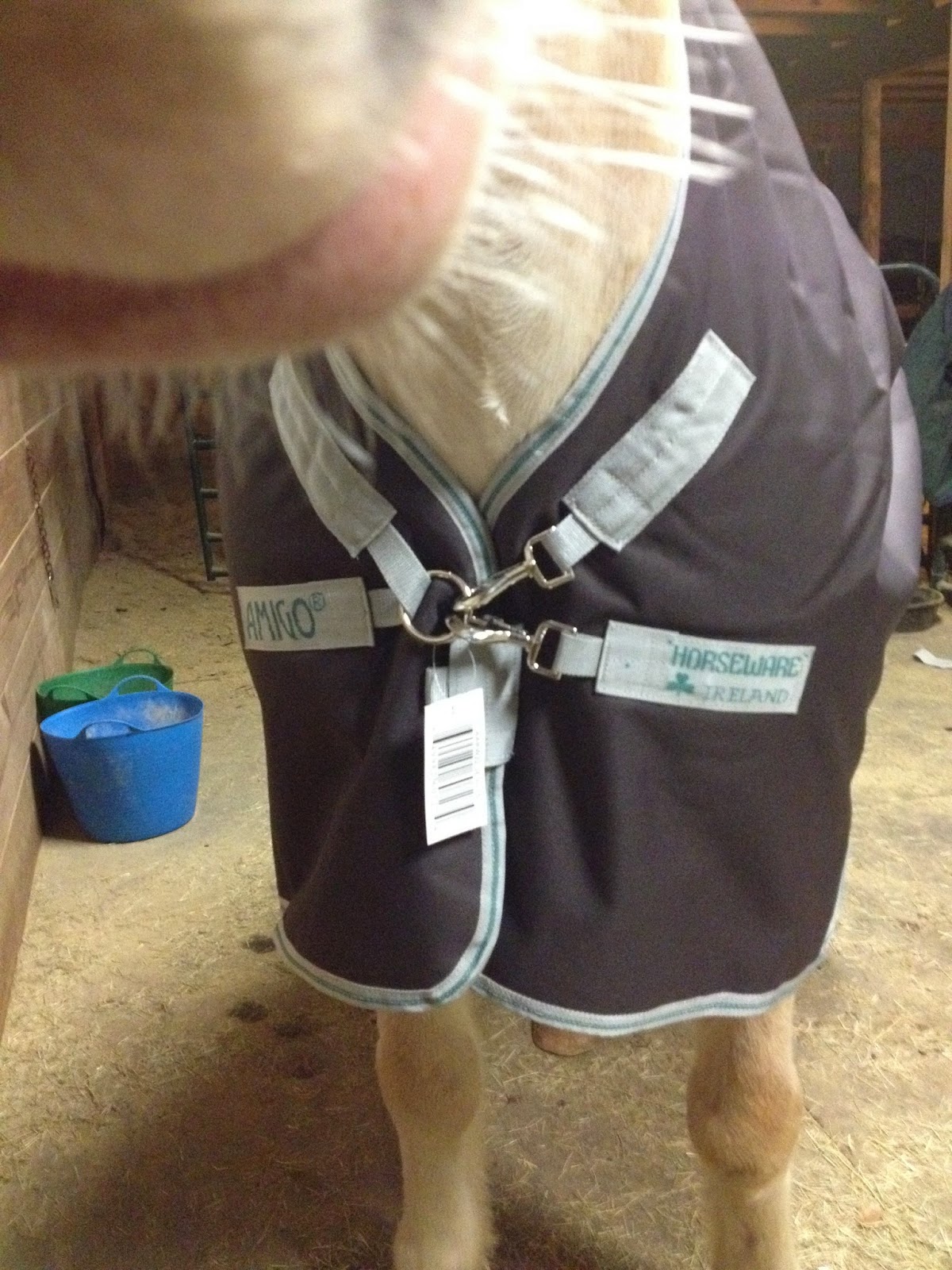 Fits in the neck area, and this closure style rocks. Red has the Rambo version of this blanket and I love it.

So, gotta send the special "stock-cut" blankie back and get him a Wug. Hopefully the third blanket's the charm!