It's possible that we adopted a Pyrenees pony puppy this weekend. 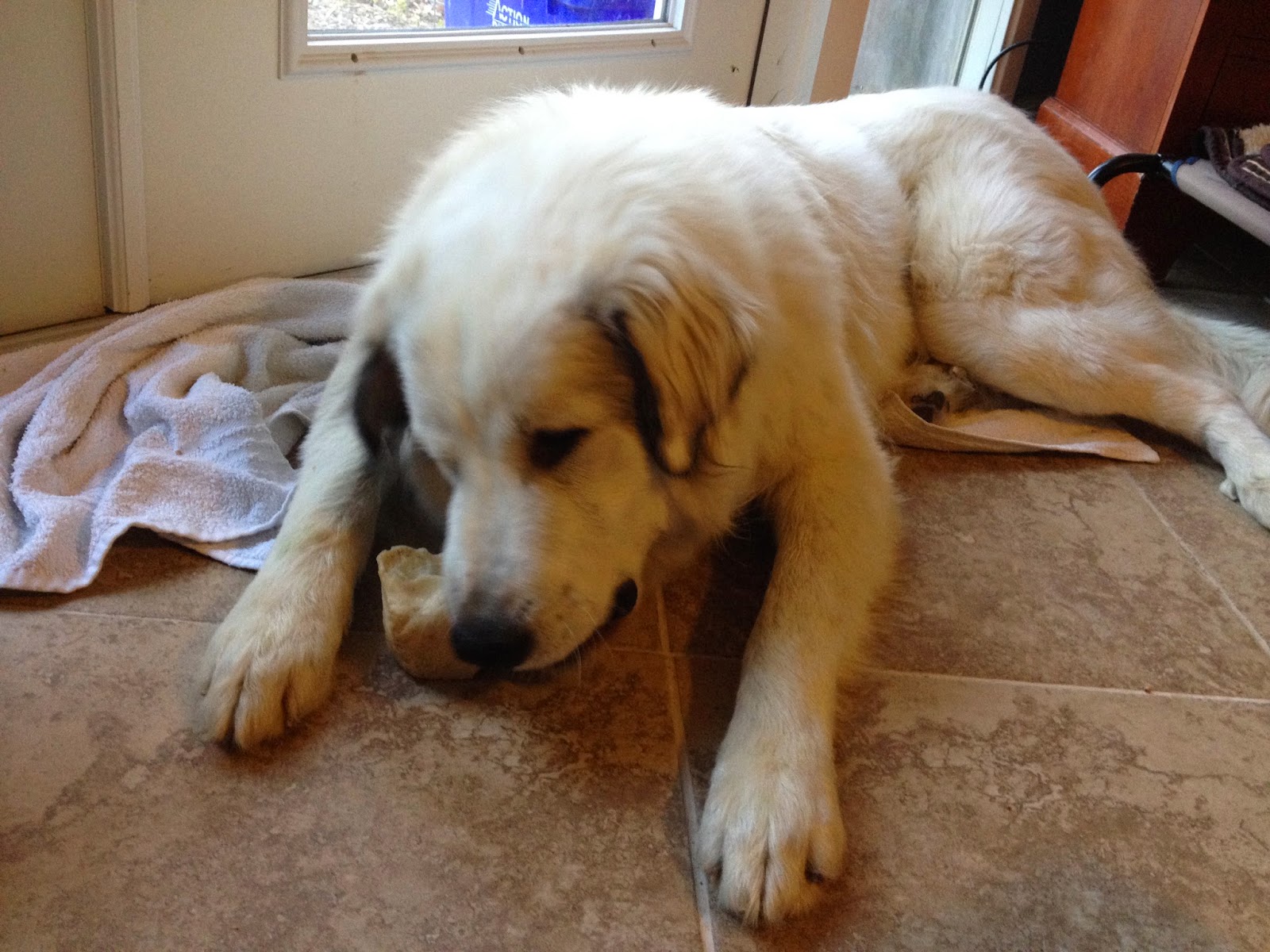 The vet says he's 2, but given that he still does that puppy prance thing and has NO idea where all his legs are, we're thinking he's probably closer to a year old. 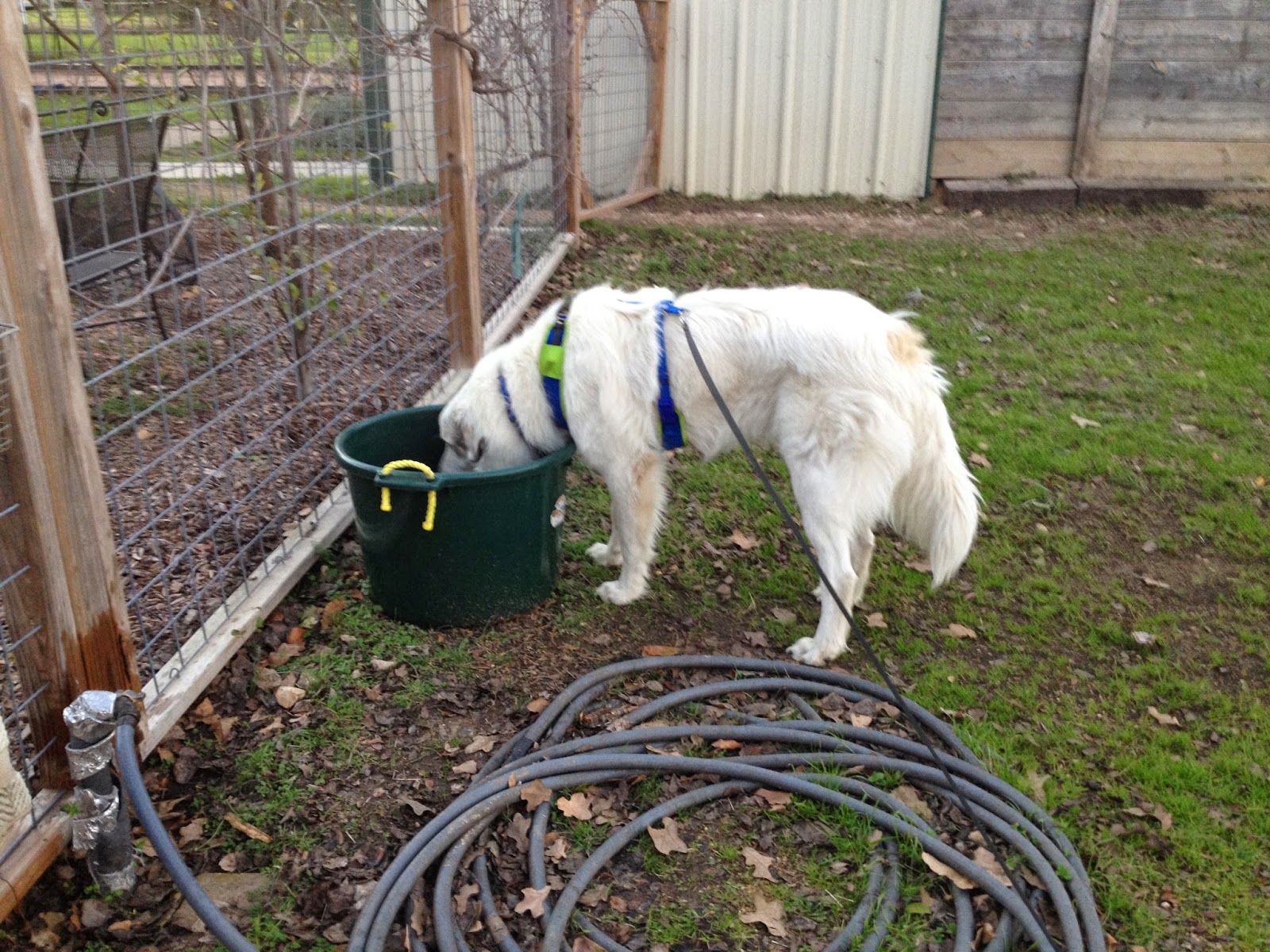 That's actually a horse-sized muck bucket (used as a water tub), in case you're wondering. 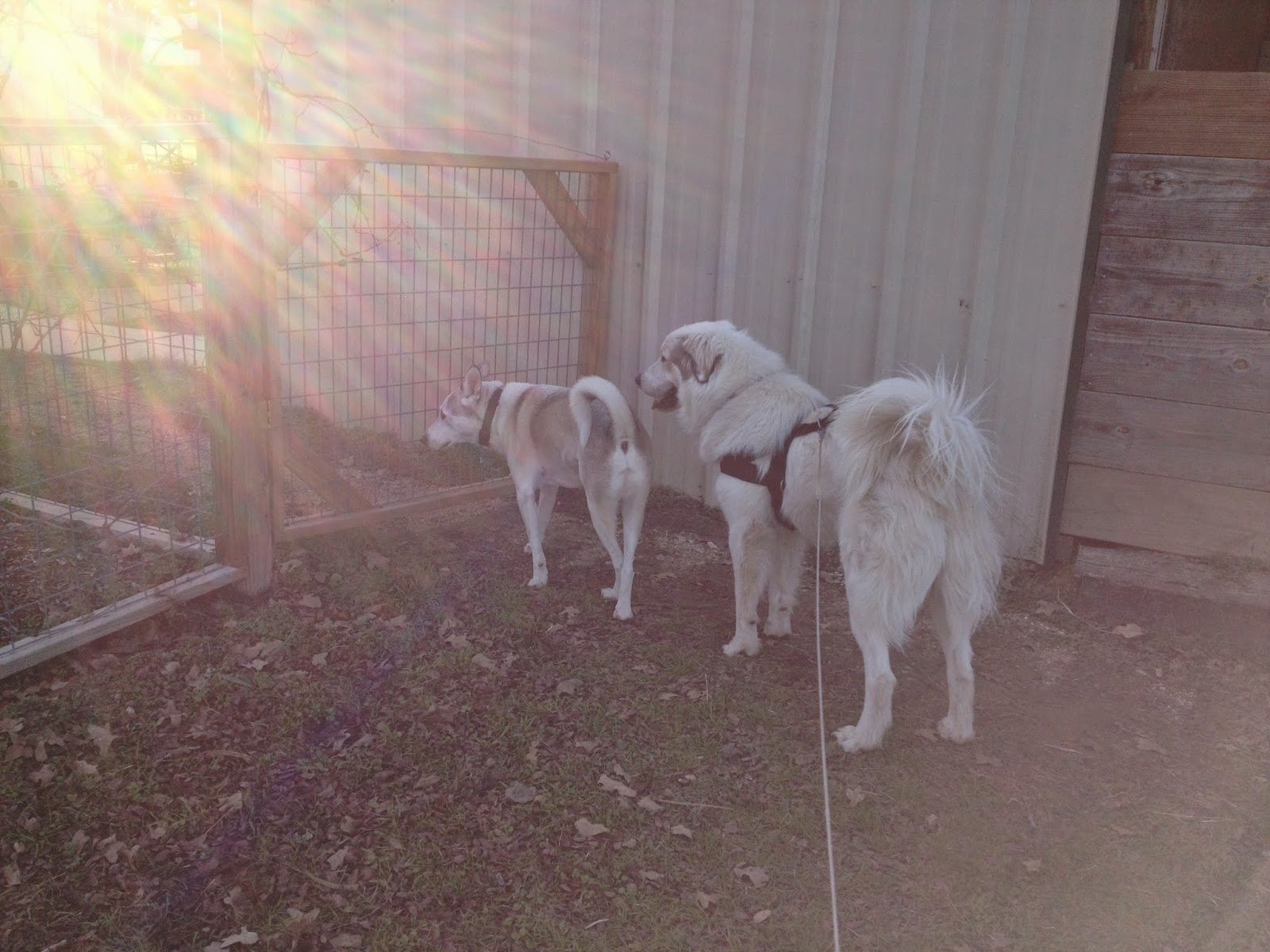 Here's a 60-lb Malamute for comparison.

He and Elias are getting along great - Elias is the boss, and Augustus follows him everywhere and does everything just the same. 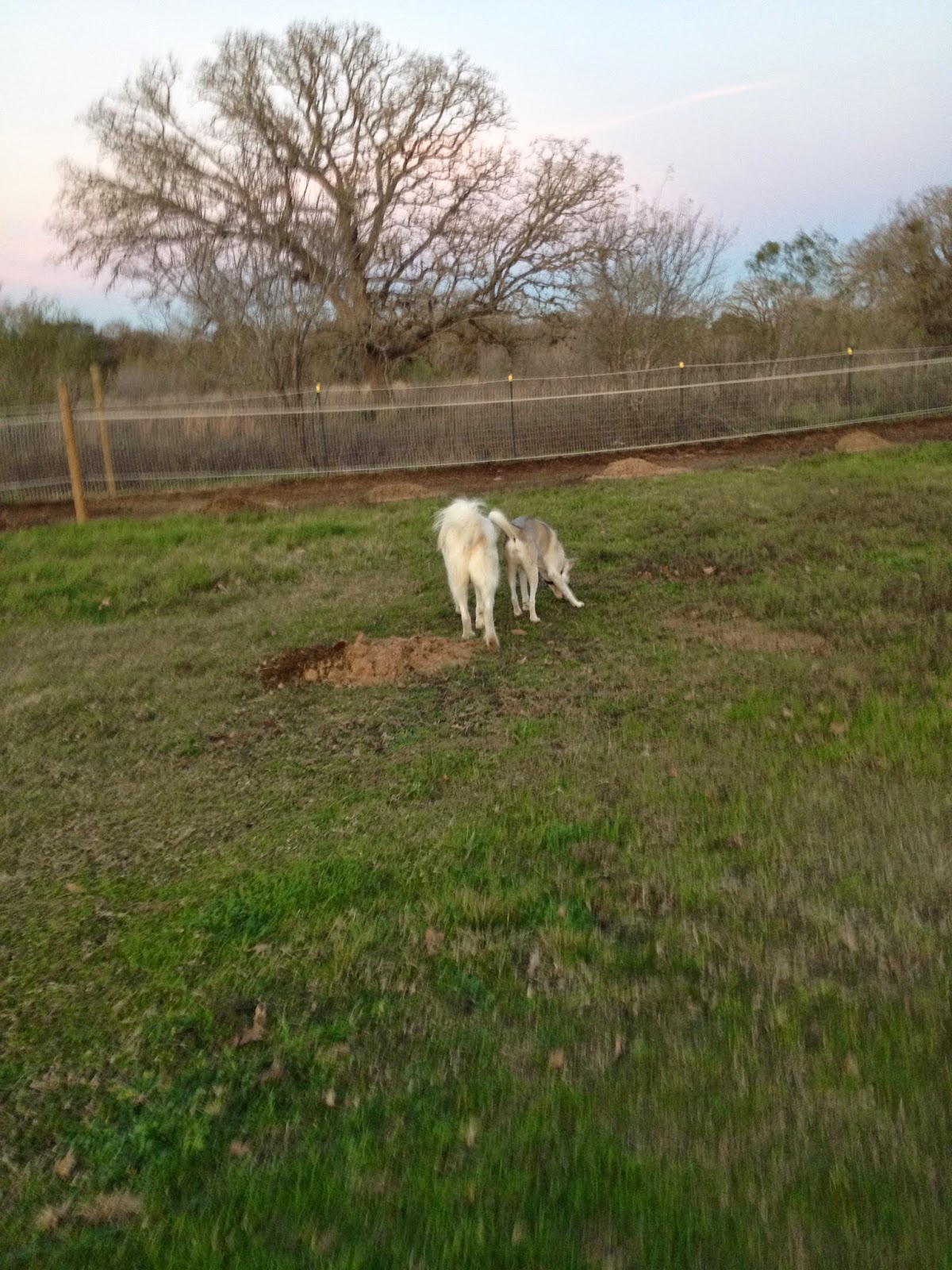 
Why another dog? Because we're having some issues with coyotes being aggressive, and as Elias gets older (he's 10), he's less and less interested in patrolling and more and more interested in laying in the sunbeams in the barn aisle. Not that there's anything wrong with laying in sunbeams, mind you. Augustus seemed like a good match, so we're giving it a try. He's a bit too interested in the cats and chickens if they're moving, but he also listens very well, especially for a Pyr. There's a lot of training to be done, but he's a good boy and so sweet!

And how can you not love this face?!?!

Many thanks to Texas Pyr Rescue for helping to match us with Augustus!