Recently, we burned all of our frequent flyer miles and went to China with the kiddos. We've traveled a lot, but mostly to Europe, and this was definitely a different experience.

10. Cab drivers
DO NOT, I repeat, DO NOT, under any circumstances, get in a cab in China. We arrived in Beijing around 9 pm and were a bit pressed for time to get to our hotel before the desk closed (none of those 24-hour desks there). So, we grabbed a cab instead of taking the subway. Let me put it this way: Google maps said it was 42 minutes from the airport to our hotel by car, and the cab driver made it in 35. I ended up putting my head back and closing my eyes to avoid the carsickness, anxiety, and certain death. 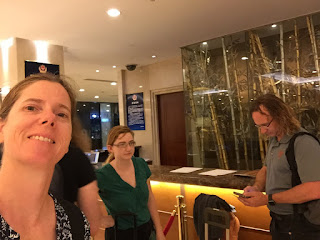 We were all pretty glad when we arrived (alive) at our hotel.

9. Smog
I know people talk about the smog, but unless you've experienced it, it's pretty unbelievable. We didn't see the sun for an entire week, even when we took the bullet train 5 hours to Xian - instead, everything was just sort of a hazy yellow, and you couldn't see for more than a few blocks. We ended up wearing smog masks when we were outside, to prevent sore throats. Plus, it smelled. 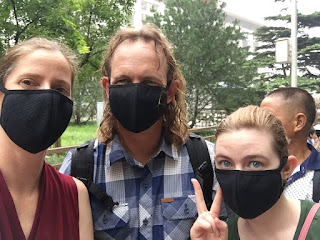 8. Crowds
Travel guides that August is the busiest month, and they mean it. Imagine Disney on its busiest day, then put 4x more people in the park. It was that crowded everywhere we went. I love museums, but it was 25 people deep at nearly every single exhibit. Fighting crowds can be exhausting for me, so it was very nice to return to the quiet of our hotel at the end of the day. 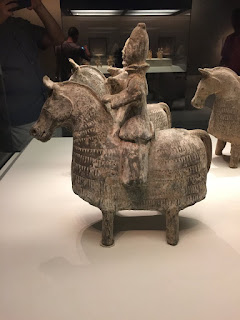 But there were some random cute horse statues, so it was worth it

7. Lines
Be prepared to throw your well-honed queuing skills out the door, because lines are anything but linear in China. If there's a one-foot gap between you and the person in front of you, someone will step into that space. They're not being rude (most of the time), it's just how things are done. We did encounter one gentleman at the line at the train station who was actively trying to cut in front of us, and I ended up body checking him at the counter. 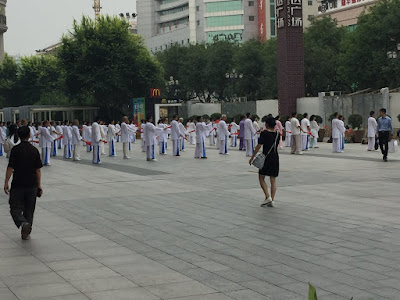 And yet people line up neatly to do tai-chi in the square, so IDK?

6. Crossing the street
Most streets are 4 or 5 lanes going EACH WAY... with no walk/don't walk sign. This can be rather intimidating for those of us used to being told by the little green man that it's safe to cross. We discovered that the absolute best way to cross any street in China is to find someone's grandmother, and then cross with her. NOBODY is going to accidentally hit someone's grandmother, so as long as you sort of glom awkwardly around her, you're perfectly safe. The alternative to this is to find a large herd of people and then try to stay in the center, as tightly packed as possible, and cross as a group. Outliers are in danger of being picked off by mopeds though, so be careful. 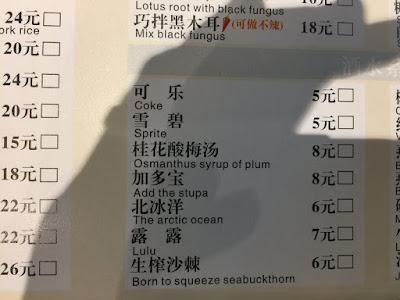 Also be careful what you order. Exactly how do you fit the arctic ocean in a glass, hmmm?

5. Security
Holy cow, security in a police state makes the TSA look like a joke. Upon entering the country, we had our fingerprints taken. Our bags were checked every time we got on the subway. We had to go through a metal detector as well, and there were random pat-downs. You had to show your passport or national ID card to buy tickets for the subway, to get on the train, for every single site or museum we went to, and there were often random checks as within the sites. I think our passports were scanned 6 times as we went through the Forbidden City. When we left the country, our bags were meticulously gone through by multiple people after being scanned twice at two different checkpoints in the airport. We went through several metal detectors/body scanners, and I was patted down for at least 5 minutes, despite having nothing in my pockets and no shoes on. I'm not sure how secure it made me feel, but I'm pretty sure the Chinese government now has more information on me than the US government does. 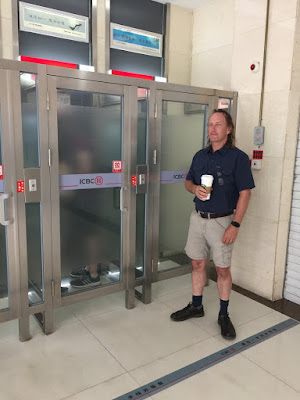 4. The scale of things
It's a good thing that the medieval and renaissance European kings didn't travel to the East, because if they had they would have felt dwarfed by the sheer scale of things in China. The Forbidden City is far, far bigger than Versailles or Hampton Court Palace or any of the other European palaces. The Summer Palace (sounds quaint, right?) boasts an enormous lake that takes about 4 hours to walk around, in addition to the 60+ small palaces that surround it. The Great Wall is... well. About as great as you might imagine. Even just a "regular" modern apartment complex is often made up of 10-20 identical 40 story buildings. It's a whole other level of scale that's really challenging to comprehend without actually being there yourself. 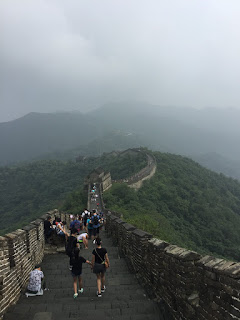 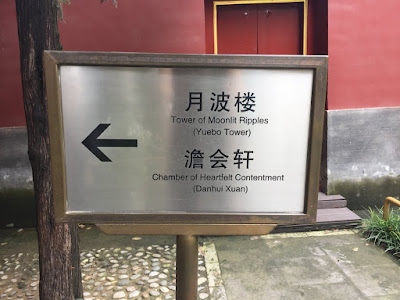 2. Ghost cities
On the train from Beijing to Xian, we noticed city after deserted city. Dozens of partially-completed, often identical 30+ story buildings, with motionless cranes on them, no cars, no lights, no people. It turns out these are called "ghost cities," which the government has built to house future populations, or families that they are trying to move from the country to modern cities. We probably saw 50 of these ghost cities on the 5 hour train ride, and I found them to be incredibly eerie and disturbing. There's a great article about them here. 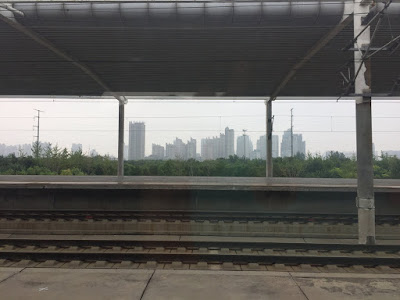 These buildings are just shells - nobody actually lives in them.

1. Being a foreigner
In Europe, it's not terribly obvious that you're American until you open your mouth. In China, it's blatantly clear that you're a foreigner. This can garner a lot of staring (we smiled, waved, and said "Hello!" a lot) and also a lot of random people taking pictures of you.

I was sitting on the steps in Xi'an, chatting with the fam while waiting for our tour guide, when I noticed a young lady sitting really, REALLY close to me and taking a selfie. I looked over my shoulder to find several people openly taking pictures of us. I motioned to them and said "picture?" and suddenly there were 50 people posing with us, taking a group picture. The third time this happened, I asked for someone to take a pic with my phone too. So be prepared to be somewhat an object of curiosity if you go. 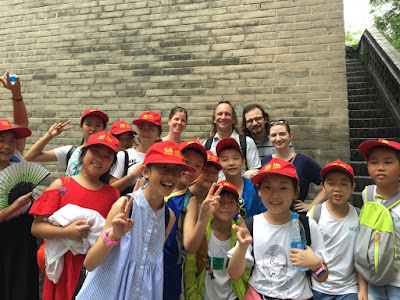 It was an interesting trip - the culture is very different, and the historical side is pretty neat. If you go, you'll need to book all hotels and travel ahead of time, plus get your visa well in advance. Hit the main sites, enjoy the food (but be careful about what you order), and remember that the tap water is not safe to drink. If you're female, plan to wear dresses/skirts all the time... and definitely do NOT go in August!
Posted by jenj at 2:06 PM