So uhm. We got another Haflinger. 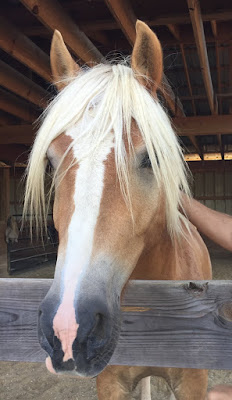 4 years old, 14.3 hh, and wicked athletic. Maybe a little too athletic. He's now bested Paddy's feat of jumping out of the stall... not once but twice. And only one small scrape to show for it. Maybe he should be a 1.20 m horse? 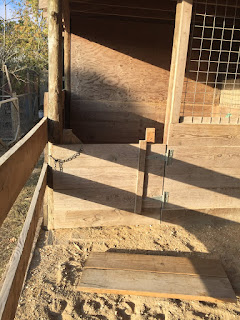 The second time he only took down the top panel, so he's getting better. That wall is 5' tall, btw, and he jumped it from a standstill.

He's had 60 days under saddle, but can be reactive so we're taking it slow. We know that his previous owner spent a lot of time doing ground work and desensitizing him, although the first time I tacked him up he SWORE he'd never see a saddle pad before. So I spent a few minutes throwing saddle pads on, over, at, and near him, and he suddenly remembered that saddle pads are fine. Weirdo. 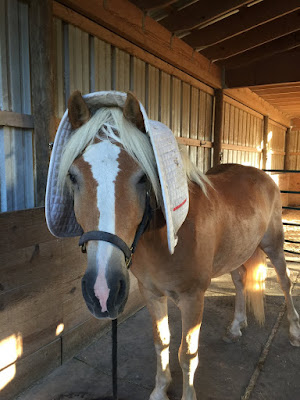 Hatz are in this season!

The mounting block was also a concern. I don't know if they used a block when he was started, but we're assuming not, so I've been grooming him from the block. His back and ears are really, really clean now. 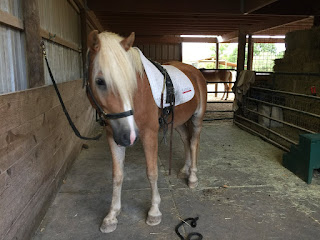 Also I just stepped on that mounting block behind me but it's NBD.

He's also super smart and really tries to please, except when he thinks he can get away with something and then he's happy to take full advantage of it. That seems to be a Haffie thing so we're pretty good at catching that stuff and shutting it down. 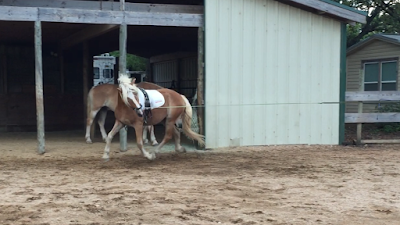 Ooooh I think I'll just throw my shoulder and... 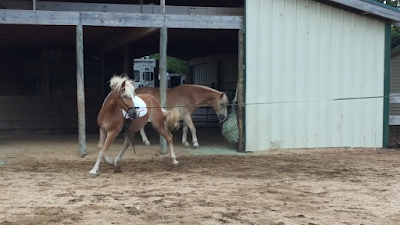 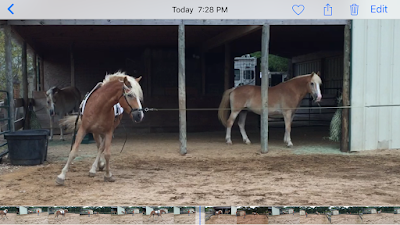 So far we've been doing a lot of in-hand work, some ponying, and a few short rides. We are only riding him when both of us are at home, so ride times are a bit limited.  Fortunately, there is SO MUCH we can do from the ground right now, and even working 10 minute in hand is reaping huge rewards. 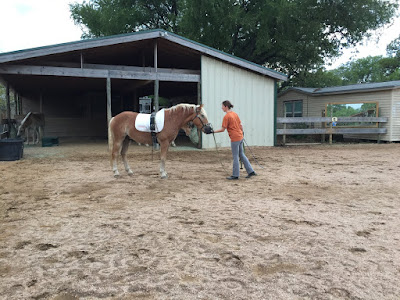 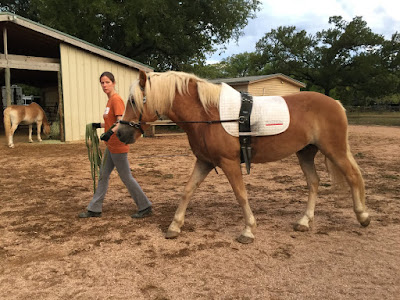 First time with a side rein (in a cavesson).

But the good moments are really awesome, and we're hoping this guy has a bright future with us! 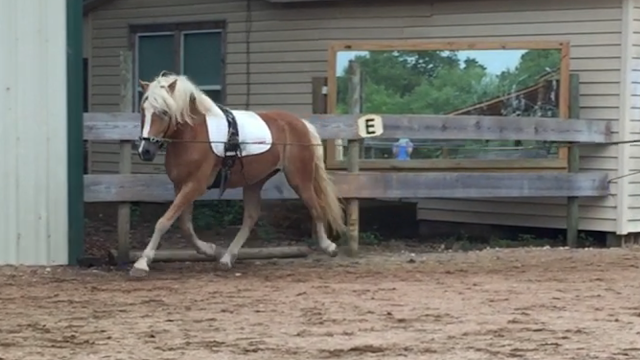