This is the third, and final, in a series of posts about Reba's new life as a service dog. Part II is here if you haven't read it.
This is Lyena's email to me - the first time I'd heard from her. We now have a bit of a correspondence going on, which is awesome. It will be wonderful to get periodic updates about my little Lablet!

A Letter from Reba's New Mom 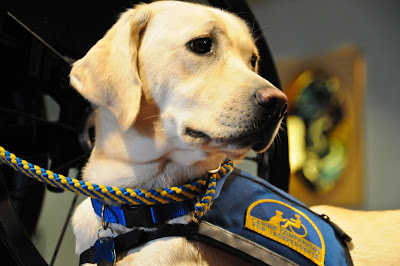 I'll continue to share pictures and updates about Reba as I receive them. Hopefully, one day I'll be able to visit her and meet Lyena and her husband in person! Until then, make me proud, little Lablet!
Posted by jenj at 8:38 AM