Goldie-Haffie and the three eight saddles

Once upon a time, there was a beautiful golden Haffie named Paddington. He was out in barn one day when he came across eight dressage saddles that he decided to try on. Previously, he’d had to use hand-me-down saddles that either pinched his shoulders because they were too narrow, or bridged because the panels were too long.

The first saddle he tried on was too narrow. He thought that the panels were too long and that’s why it bridged, but actually the bridging was caused by the narrowness. Three more saddles were too narrow, even though they were all marked “wide”. Paddy was starting to feel self-conscious about being a big Haffie, since nothing fit him. 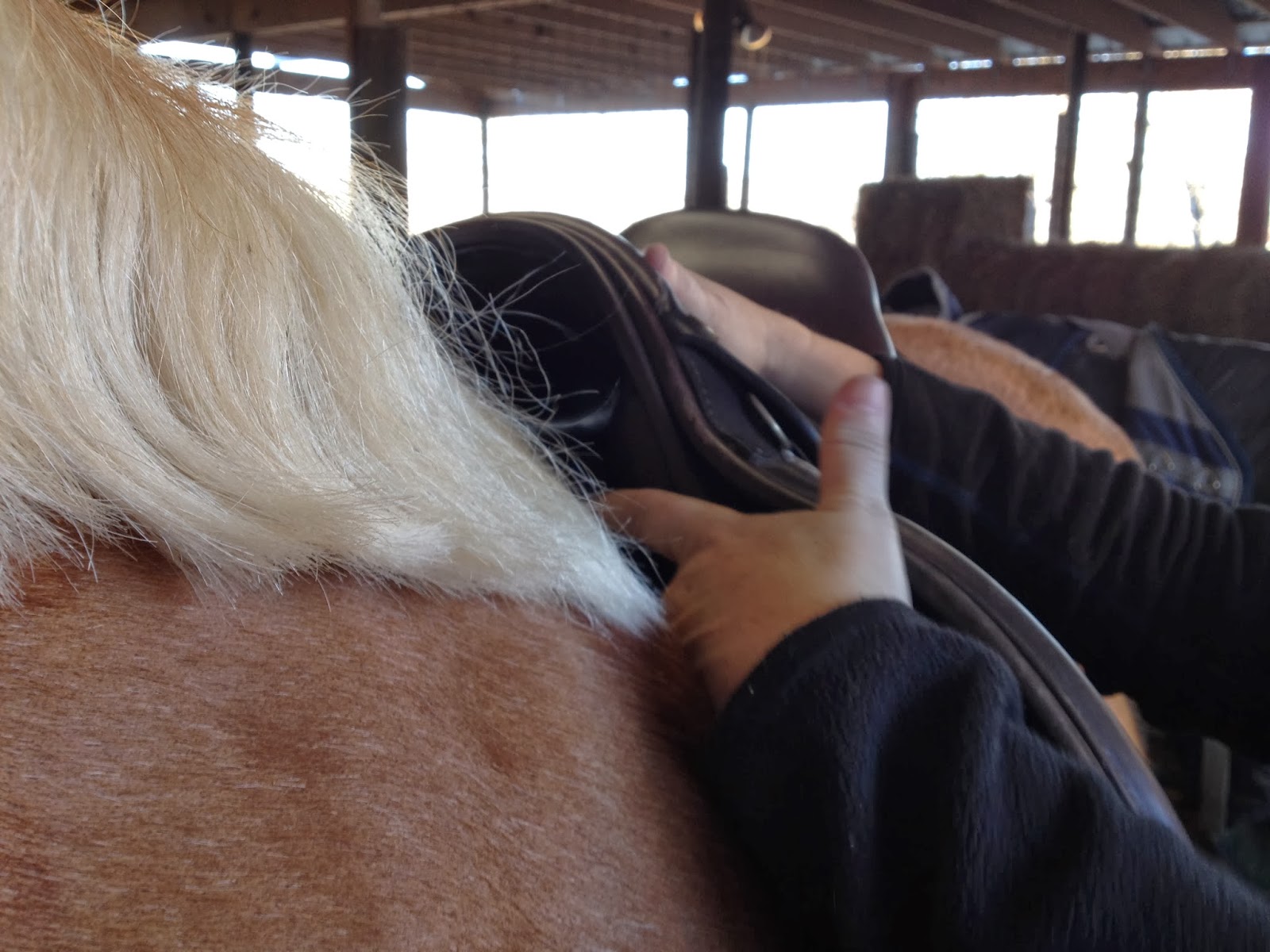 This one is too narrow.

The fourth saddle was too long and the cantle rode over his loins. 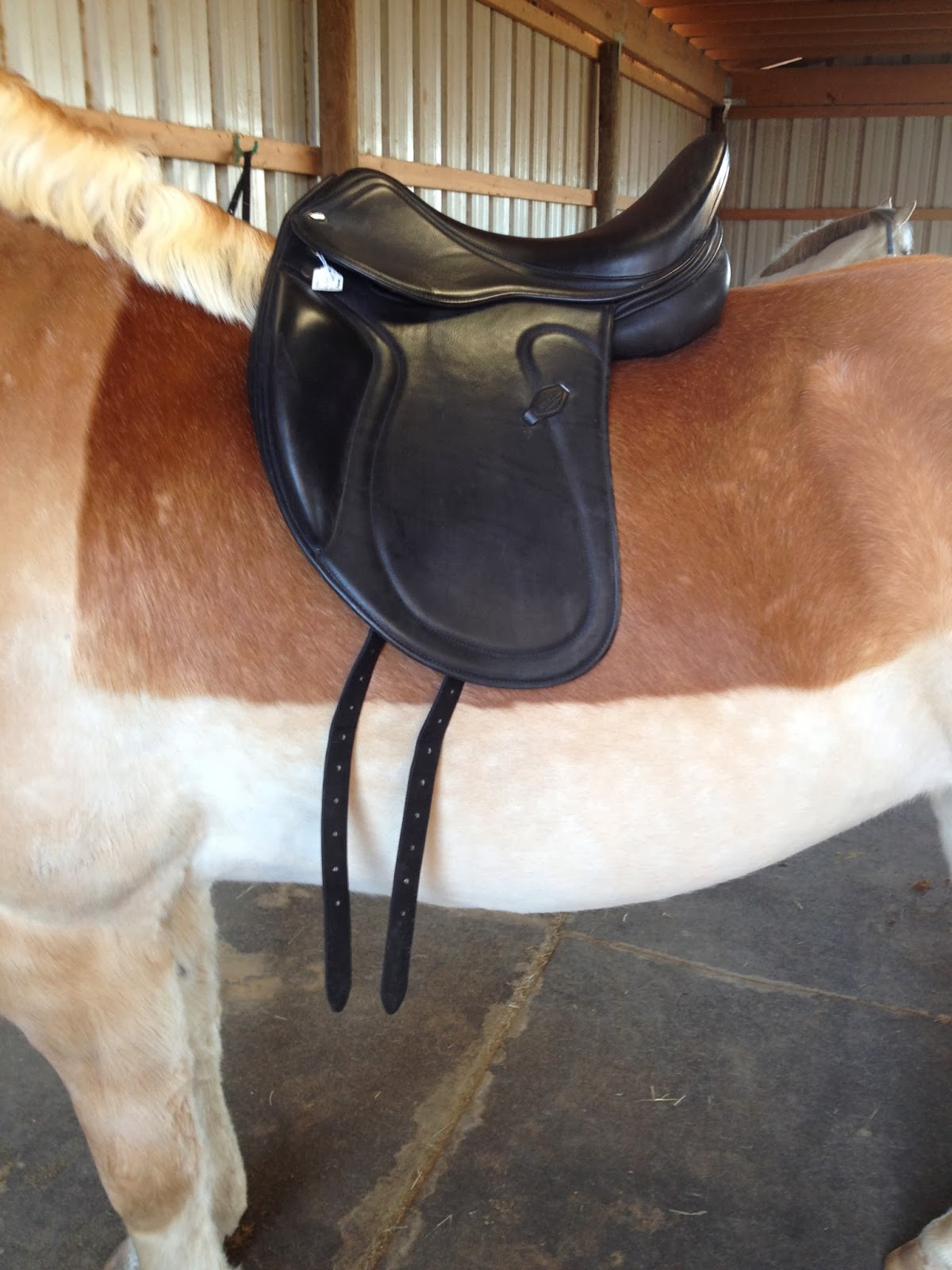 See how it goes past his last rib?

He knew that one would be uncomfortable, so he tried a fifth saddle. This one fit ok over his withers and shoulder, but the billets were in the wrong place. Still, the saddle fitter said that could be fixed, so he decided to try it for a ride. It felt OK, but not great. [Note from me: It rode OK, but as I told the fitter, it was “nothing to write home about”.] 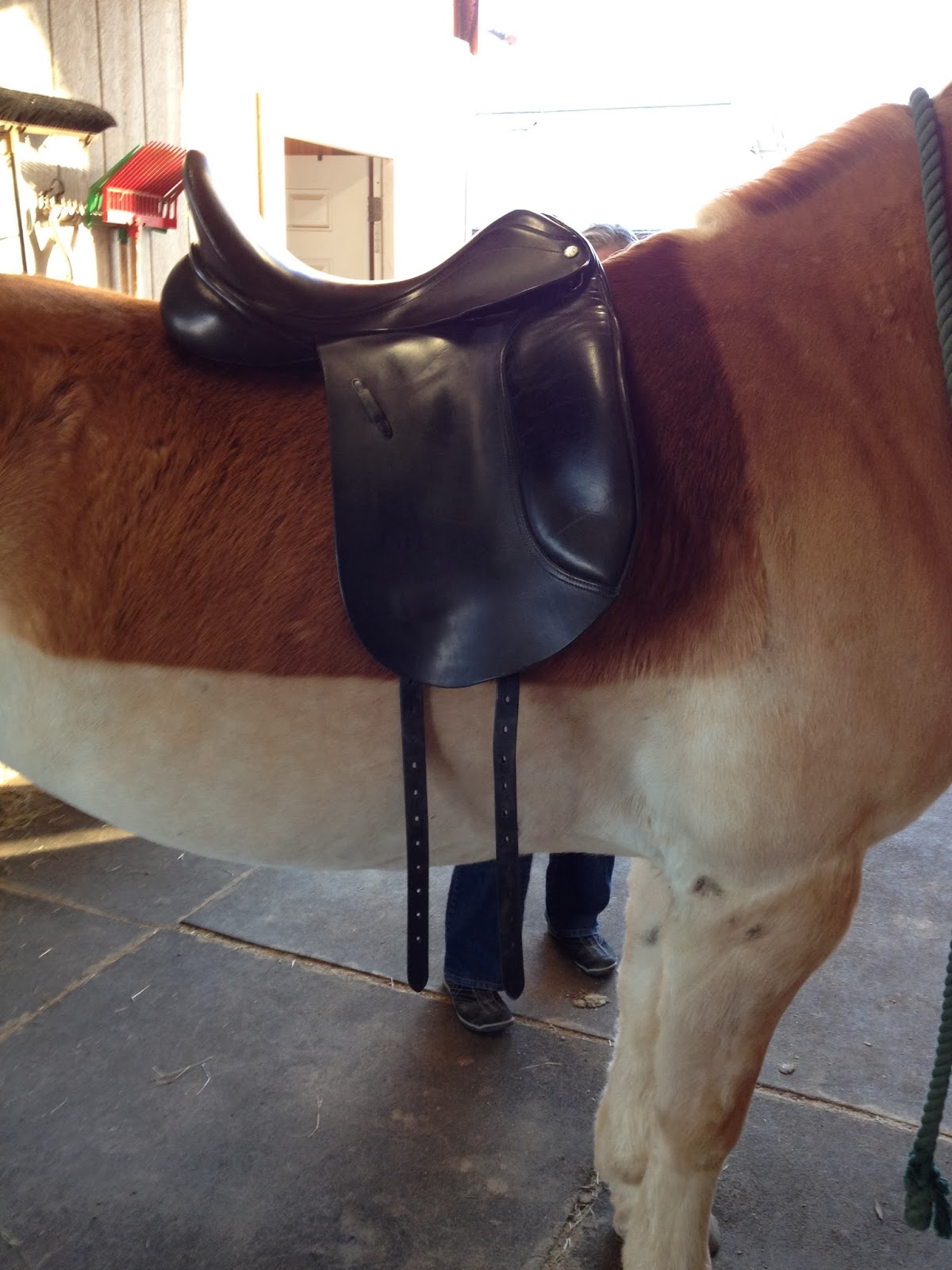 See how far back the billets are compared to his "sweet spot"? This can be fixed by adding an extra billet where the thigh roll is, so we tried it out. No bueno. 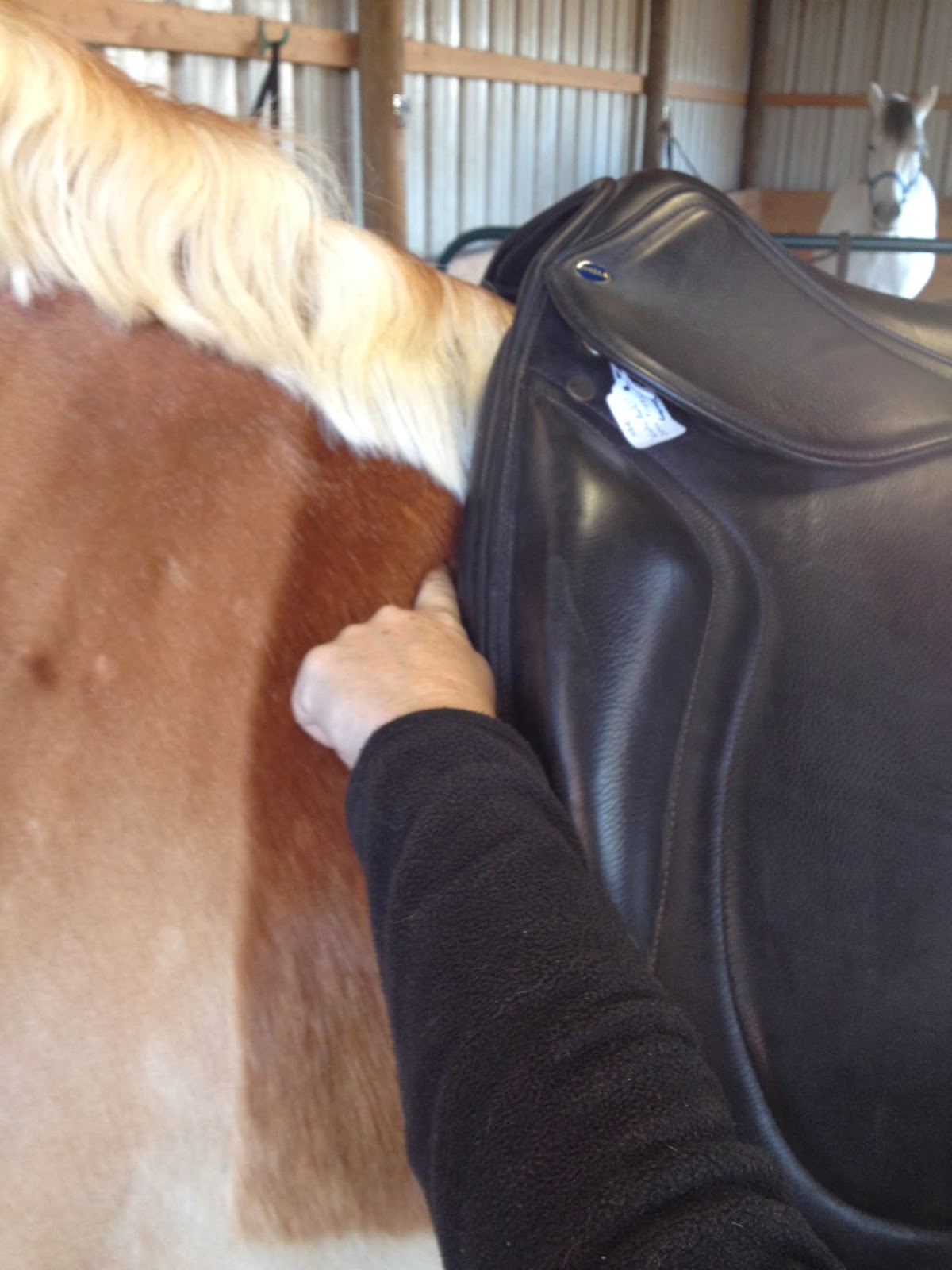 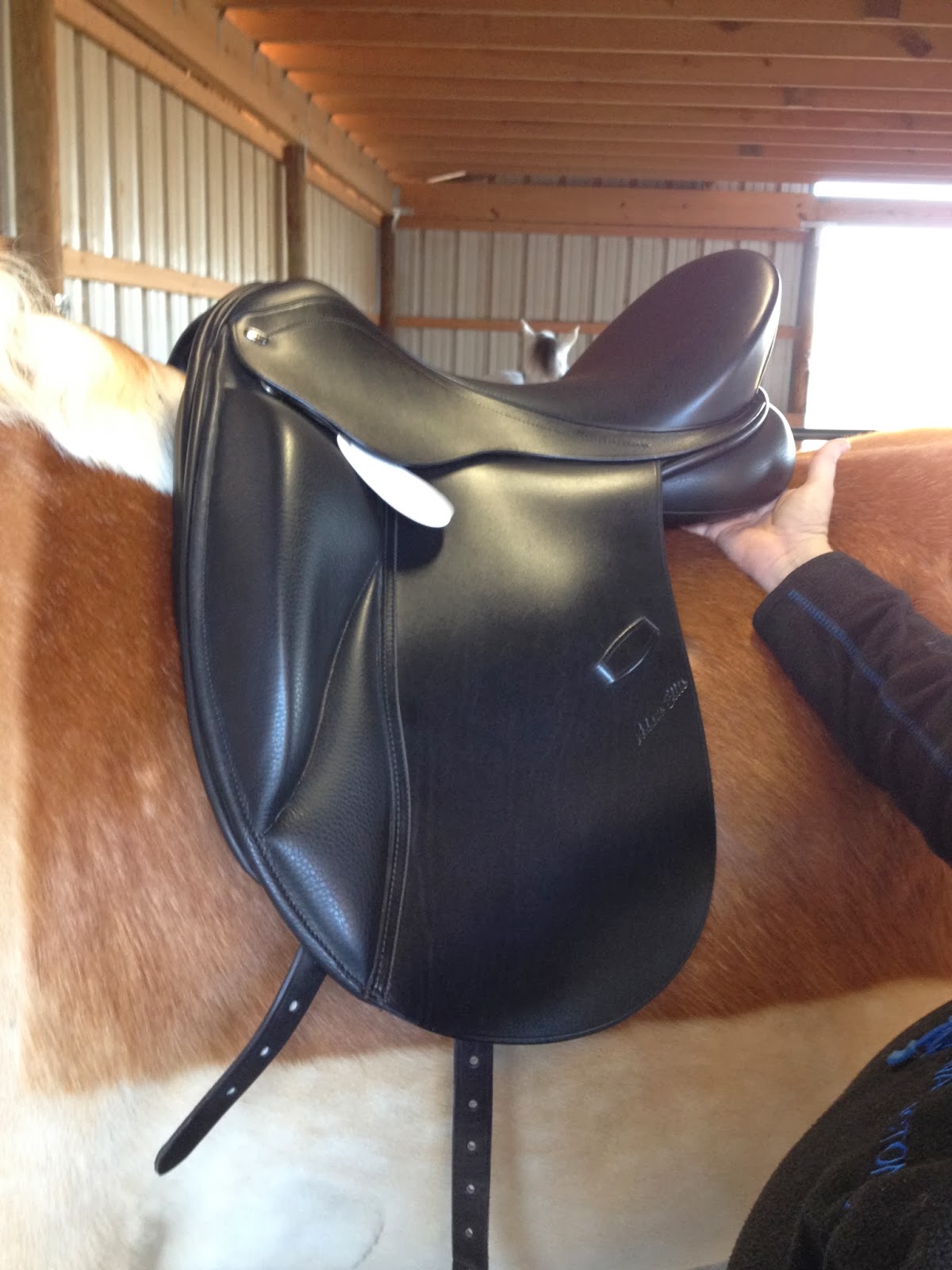 Needs some slight adjustment (we used a shim pad for trial), but otherwise good!

Paddington decided to try it on, and it made him feel like a Grand Prix Haffie! His trot had more loft, his canter was rounder and more collected, and it even made his gorgeous hair look better than ever.  [Note from me: Seriously, this was a miracle saddle. Suddenly Paddy had so much suspension in his normally flat trot, it was like riding a different horse.] Paddington decided right then and there that he simply HAD to have the saddle. However, since the trial saddle required a shim pad, and it didn’t quite fit his mum’s butt, a new custom-for-Paddy version had to be ordered directly from England.