Yesterday, hubby and I went to a friend’s arena to start training up for a local jousting tournament that’s in about a month. For those of you who haven’t been following this blog for long, hubby does International Jousting League (IJL) affiliated tournaments as a hobby. Unlike some of the shows you see on TV, the goal is NOT to unhorse your opponent, but rather to break a balsa-tipped lance against your opponent’s shield. It’s all about the points and showmanship, so it tends to be a fairly comraderly sport. The best riders in the world are really amazing – they’re wearing 40-60 pounds of steel armor, handling a 10-12 foot lance at a full gallop, hitting a target that’s less than 18 inches square. I’ve done it myself (in the distant past), and let me tell you, it’s HARD.

Anyway. Hubby has been riding Taran for jousting since Oberon passed away last summer, but we want to get Paddy going as well. It takes a special horse to joust – they have to be calm enough to canter down the lane and not be worried about another horse coming almost straight at them, but they also have to be spunky enough to enjoy the smash of the lances. Paddy seems to have the necessary attitude for jousting, but it takes a lot of training to make a solid jousting horse. 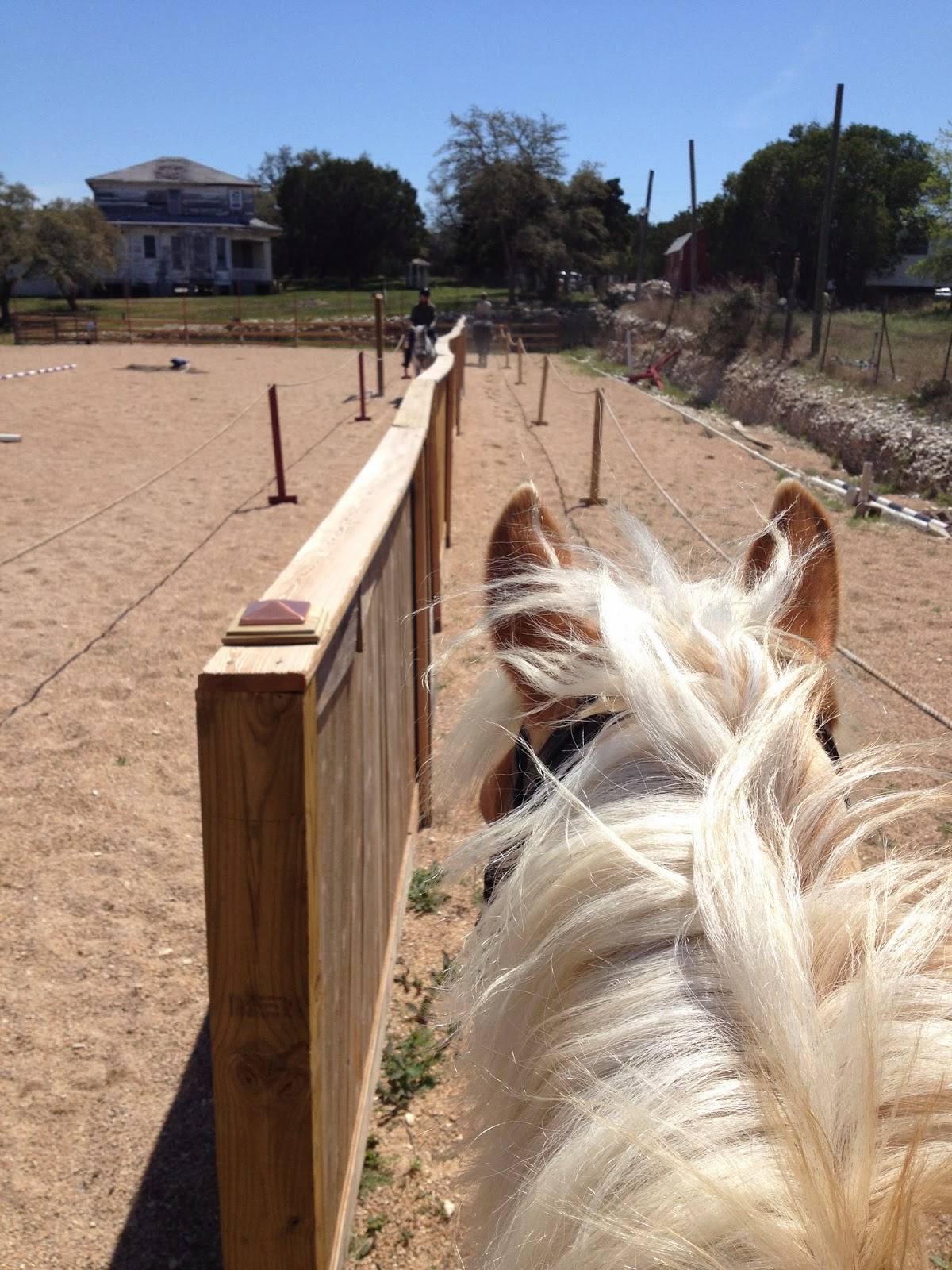 Yesterday we just played around with the basics. We started off walking and trotting up and down the lane with no opponent, being sure to stop and stand at the beginning and end. This is especially important when you’re handing off lances later, so putting in a good stop is really key. We tried a couple of canters, but the footing was quite deep and Paddy wasn’t very balanced. We then did several walk and trot passes against an opponent wearing some armor (not all), and he was super good for that. Clanking armor is a huge component of what horses need to deal with when jousting, so that was a good start. 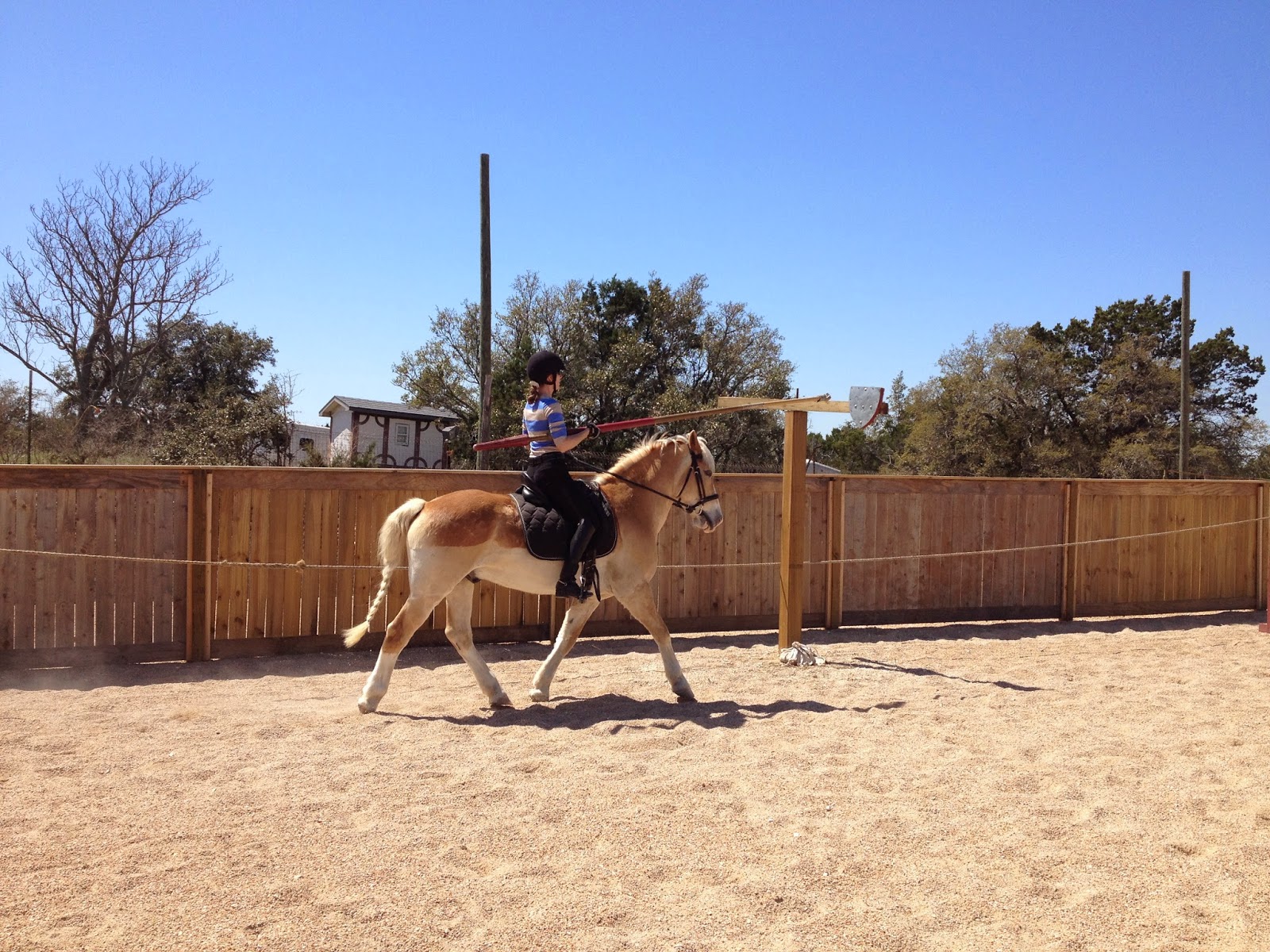 About to strike the quintain for the first time at a trot.

We ended up doing a few walk and trot passes past the quintain. He didn’t mind the noise of the hit, nor did he seem to care about the spinning quintain, which is great! Unfortunately I’m no longer strong enough to handle the lance for long periods of time, so that’s something I’ll have to work on if I want to continue with his training myself.  Still, it was a super-successful first training session, so now we have to work in joust training with all our other work. There’s never enough time in the saddle, lol!