Update on Cash - SO MUCH BETTER! 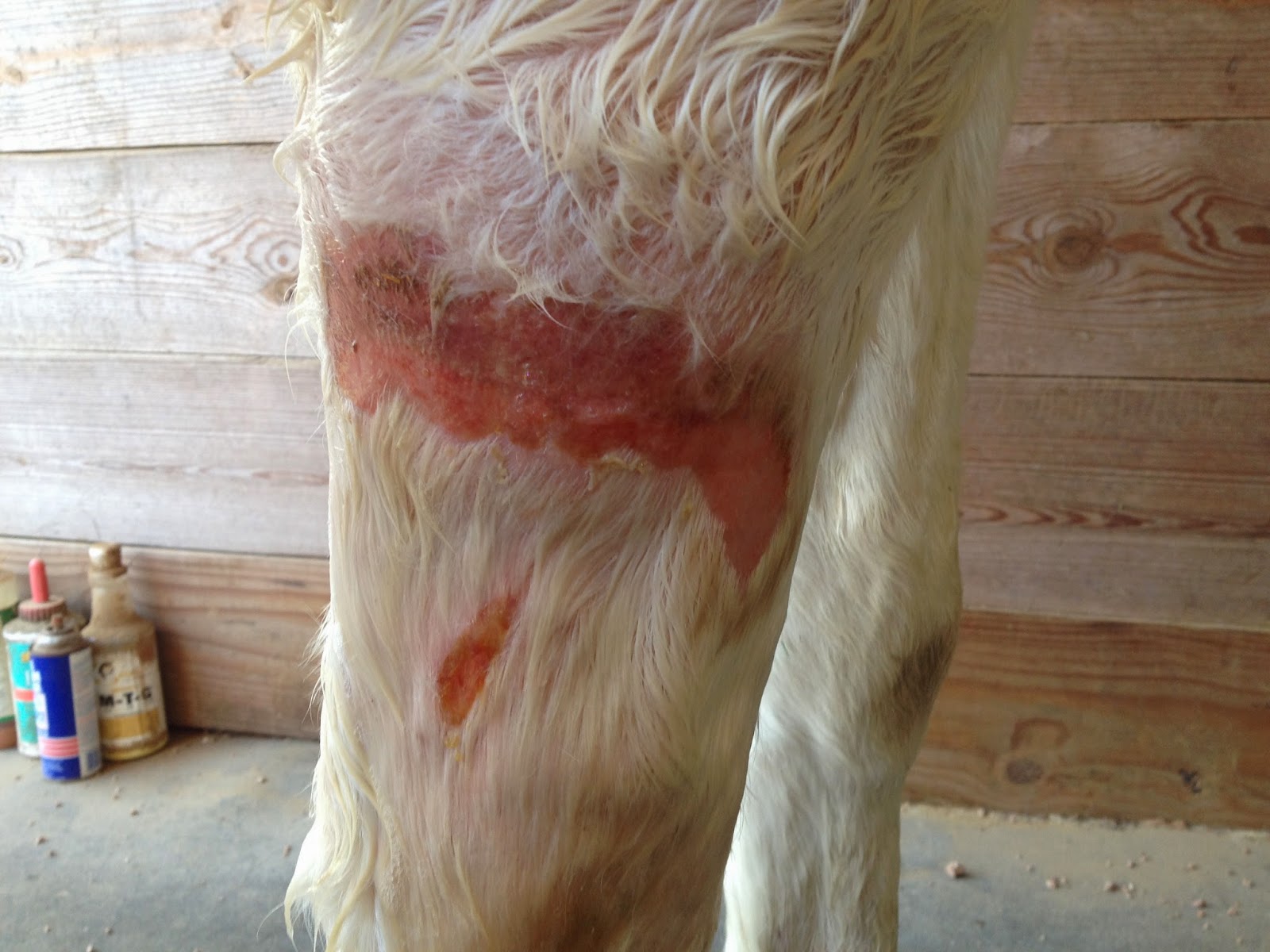 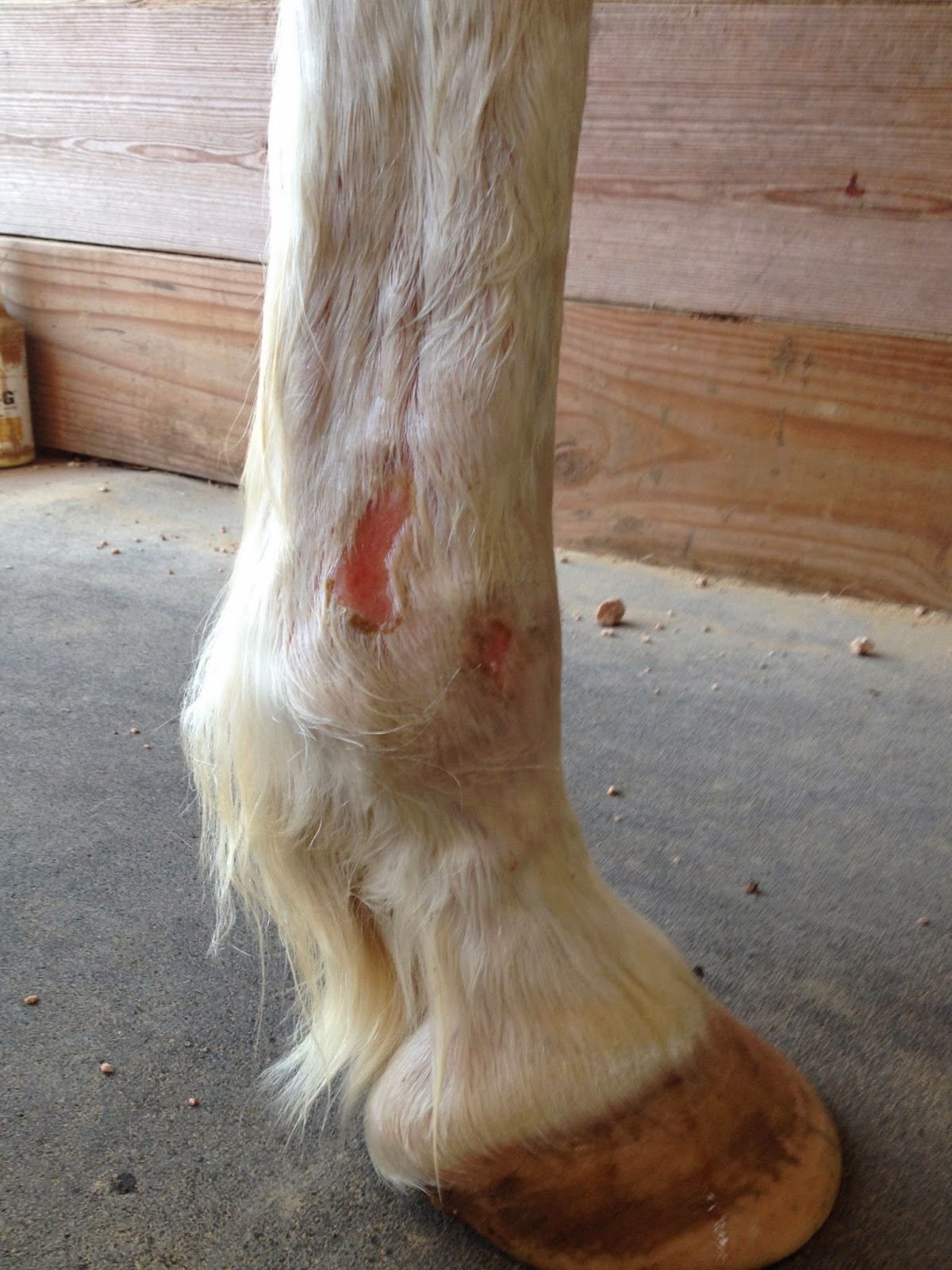 Inside of LF. Just a scrape.

Somehow, despite losing a hand-sized patch of hair and banging himself up so well, the swelling has been minimal to non-existent. I think letting him out 24/7 and keeping him moving has helped a lot in that regard. The vet also put him on Tucoprim (antibiotics) to minimize the risk of cellulitis, and so far we seem to be doing OK in that regard. We kept everything wrapped over the weekend, but the big patch above the knee is really hard to keep covered - if I wrap tight enough to keep it on, it's too tight and his knee swells. Starting today, we're down to cleaning it 2x daily and slathering it with Silvadene. Hopefully that'll do the trick - he's already growing hair back over the area, so YAY!

At least he's getting a lot of carrots out if it, since every time I clean it, hubby stuff carrots in his face to keep him distracted. Somehow the old man has managed to pull through, despite trying to commit suicide. Again.
Posted by jenj at 10:26 AM