Last week, we got clearance from the vet to start cantering and "bring him back into full work" again.  On one hand, that was super awesome news, but on the other hand, I was actually a little sad. Our trot work has been coming along so well, I sort of didn't want to add another element to the equation. Alas, we have to canter if we actually ever want to do a dressage test again, so after over three months of not cantering, I cued him for a canter...

... poor guy was so confused! He eventually picked it up after I said "canter" and asked, but it was kind of like he had forgotten he could do that under saddle, lol!

We are now a week in to our canter work, and while I'm not asking for much, our last ride was much nicer. Yeah, he's unbalanced and a bit rushy, but he feels good and stronger than he did before the injury. 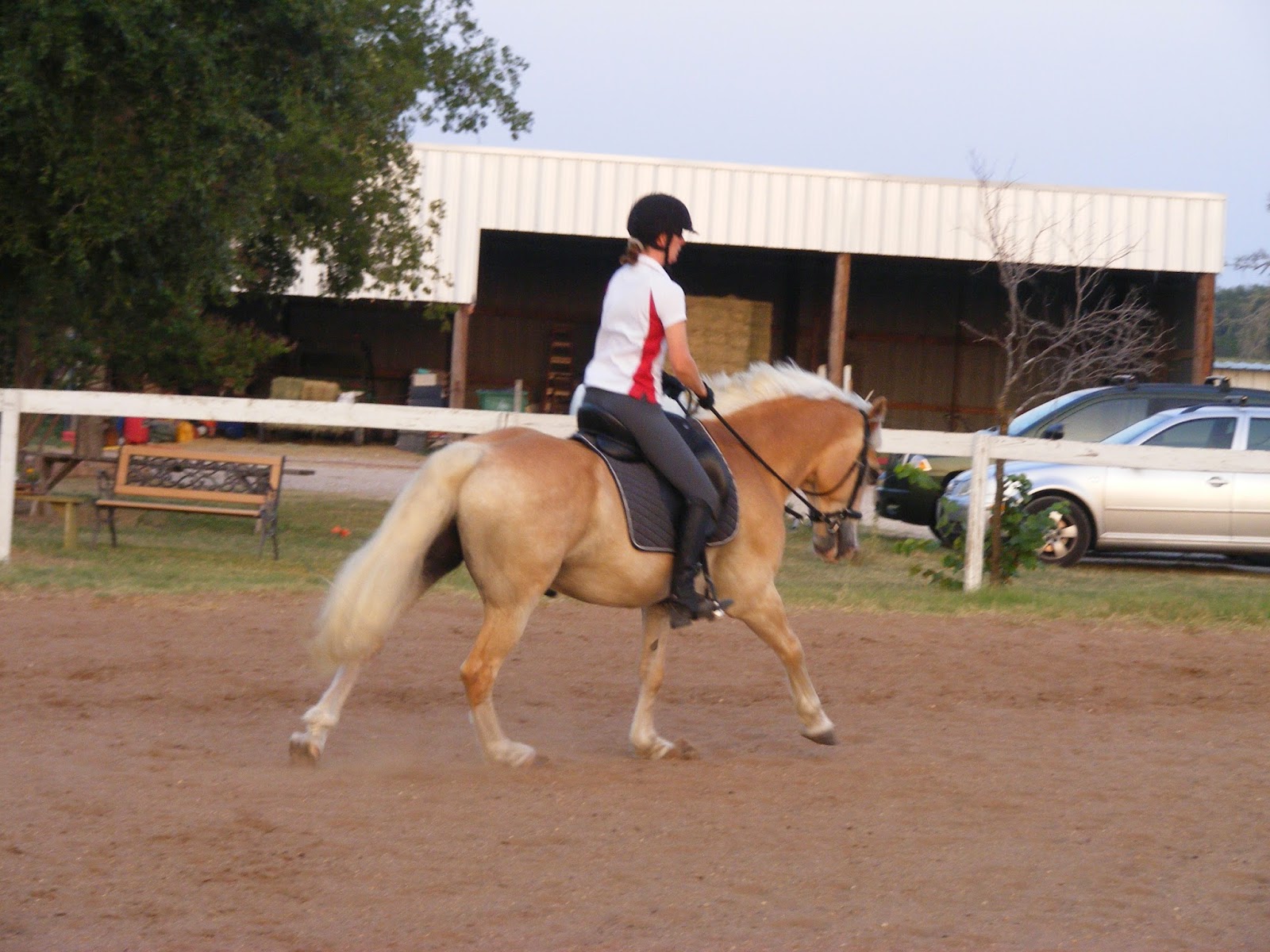 Flat and on the forehand, but not too bad. 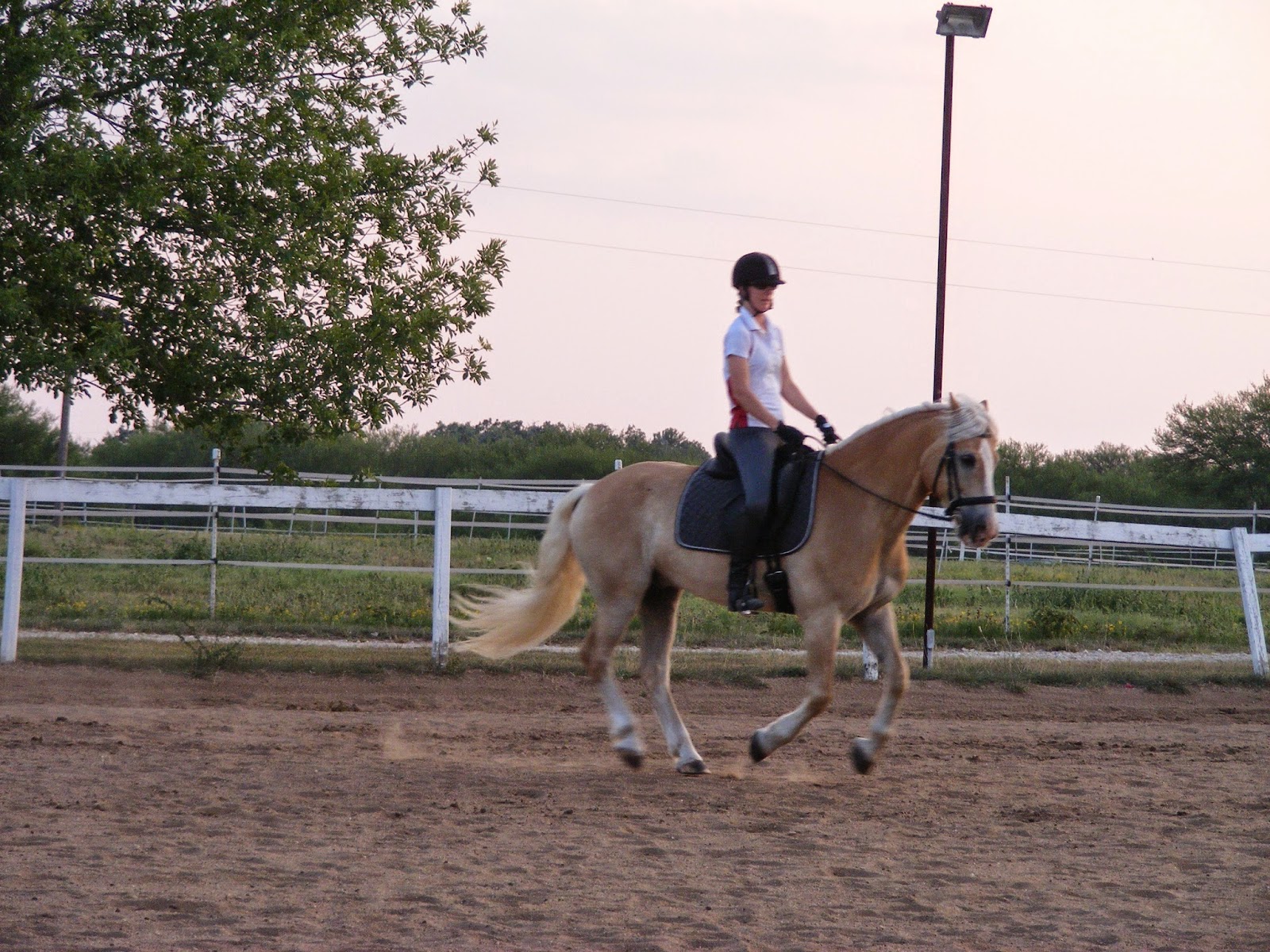 More balanced and together (and I'm not leaning forward, lol)

We still have a long way to go before we're back to cantering 10 meter circles, but it's a good start and he continues to feel great!
Posted by jenj at 9:35 PM