When Tanja and I were talking on Saturday, we lamented that we hadn't planned to go to the local tack shop in Vienna as part of our afternoon. Although I've been to plenty of tack stores in various cities in the US, I've never been to a tack shop in Europe before, and I really wanted to see the different brands. And come on, let's be honest... who can resist tack shopping???

Vienna was just a stop on my journey - my work trip actually took me to Brno, Czech Republic, for the better part of a week. I asked a (non-horsey) co-worker if she knew of any tack stores in Brno, and a  quick Google search turned up one not too far from the office. I also suckered her into accompanying me, because let's face it, I can't actually speak any Czech (ok, I know the word for beer, and I know several ice cream flavors. What more do you need?) 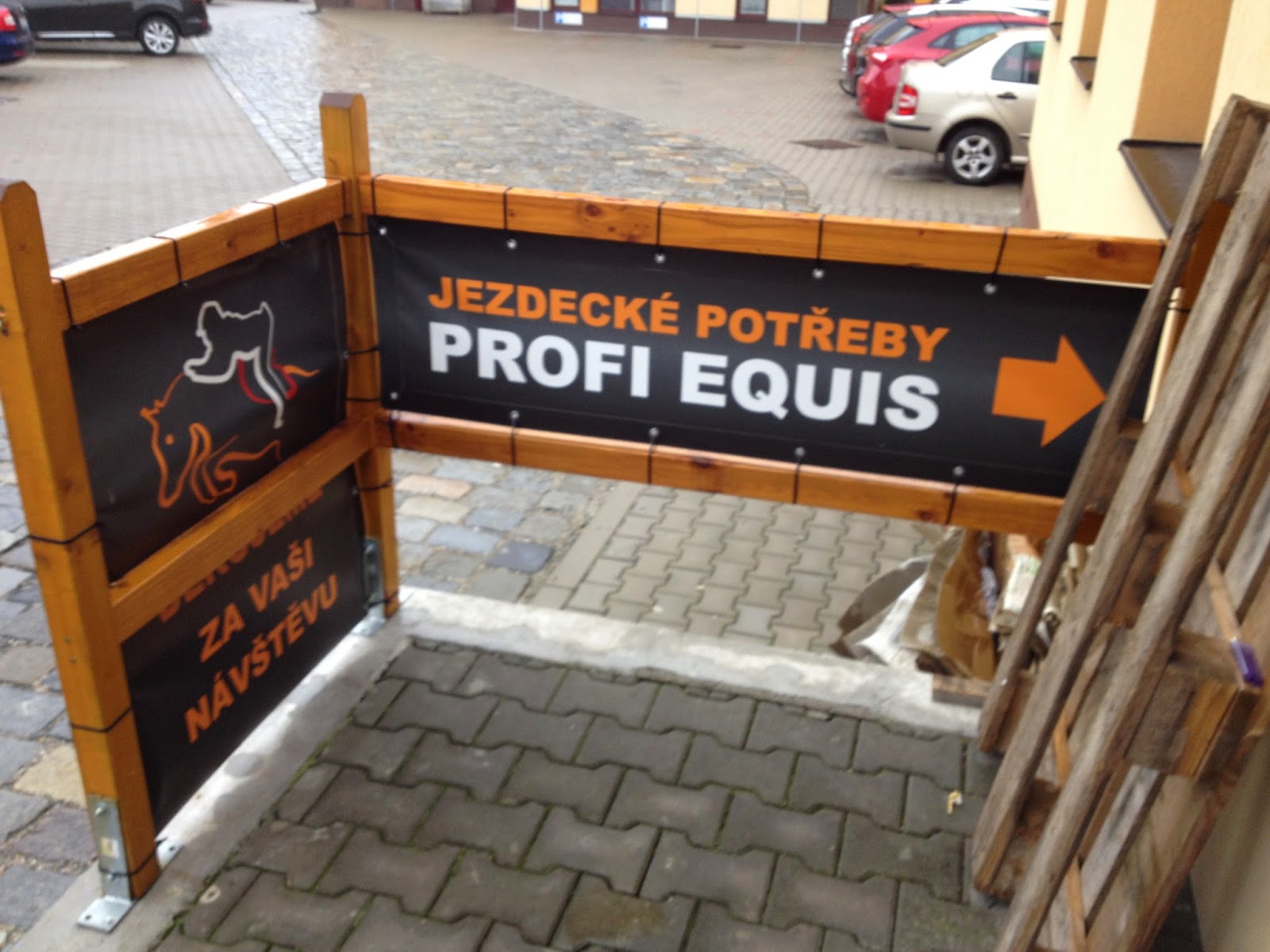 I have no idea what this says, but it was the sign for the shop.

The store was quite small, and there wasn't much selection. I was surprised to see a Western saddle there, alongside some silvered halters. Who knew that Western is a thing in Brno? I spent most of my time looking at saddle pads (soooo pretty, but mostly APs, so I didn't buy any), fly bonnets, and socks. Because let's face it, there's only so much I can fit in my small carry-on luggage! 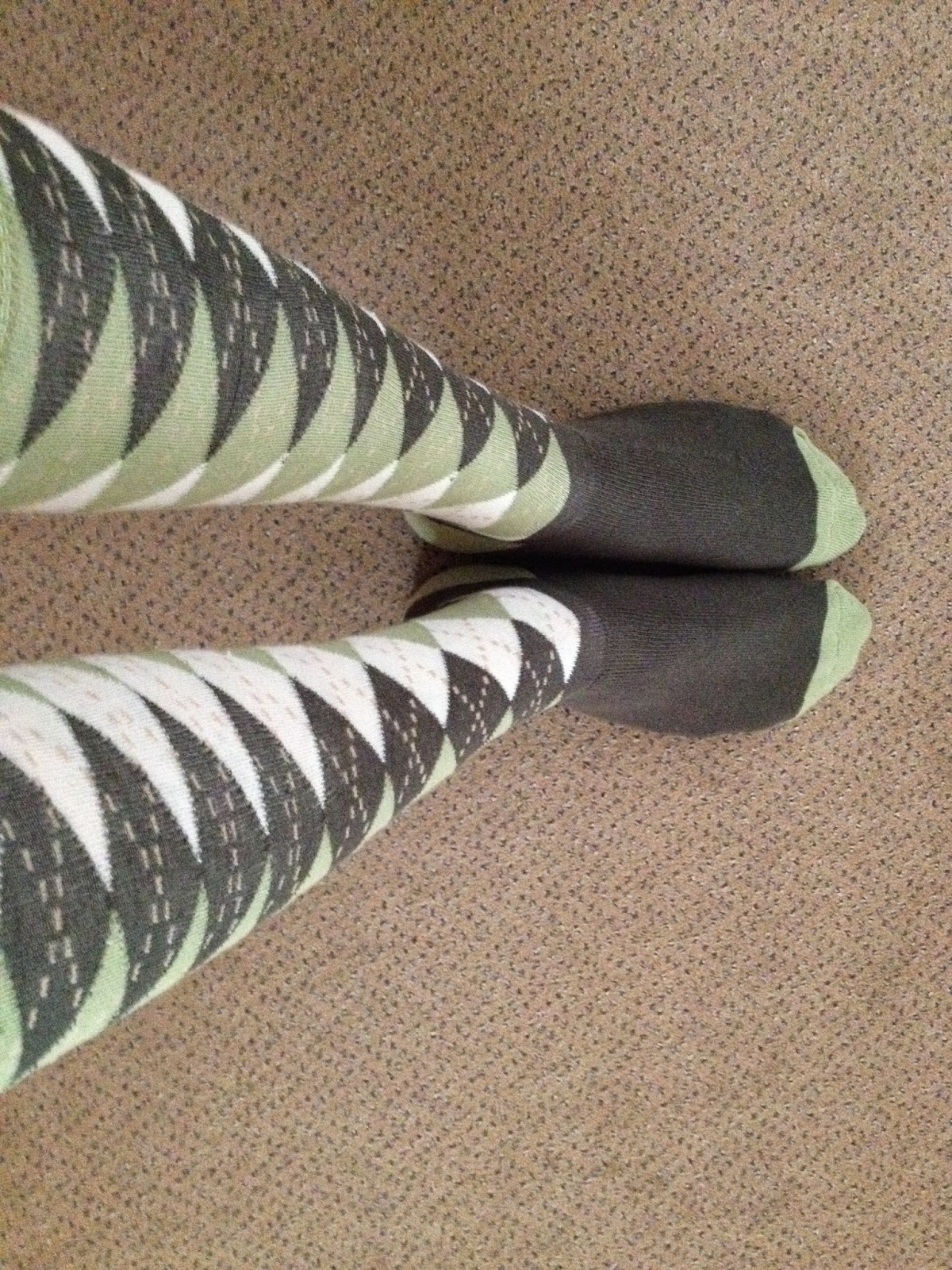 I also spent some time trying on white breeches, because my current pair of Ariat FS white show breeches keep rubbing the back of my left knee raw. I've tried on every pair of white breeches that our local Dover store carries, and with the exception of the FIT$$$$ breeches, they don't fit me or the fabric is completely see-through. But European sizes are a bit different, and they had a lot of brands I've never seen before, so I gave it a go and found these bad boys: 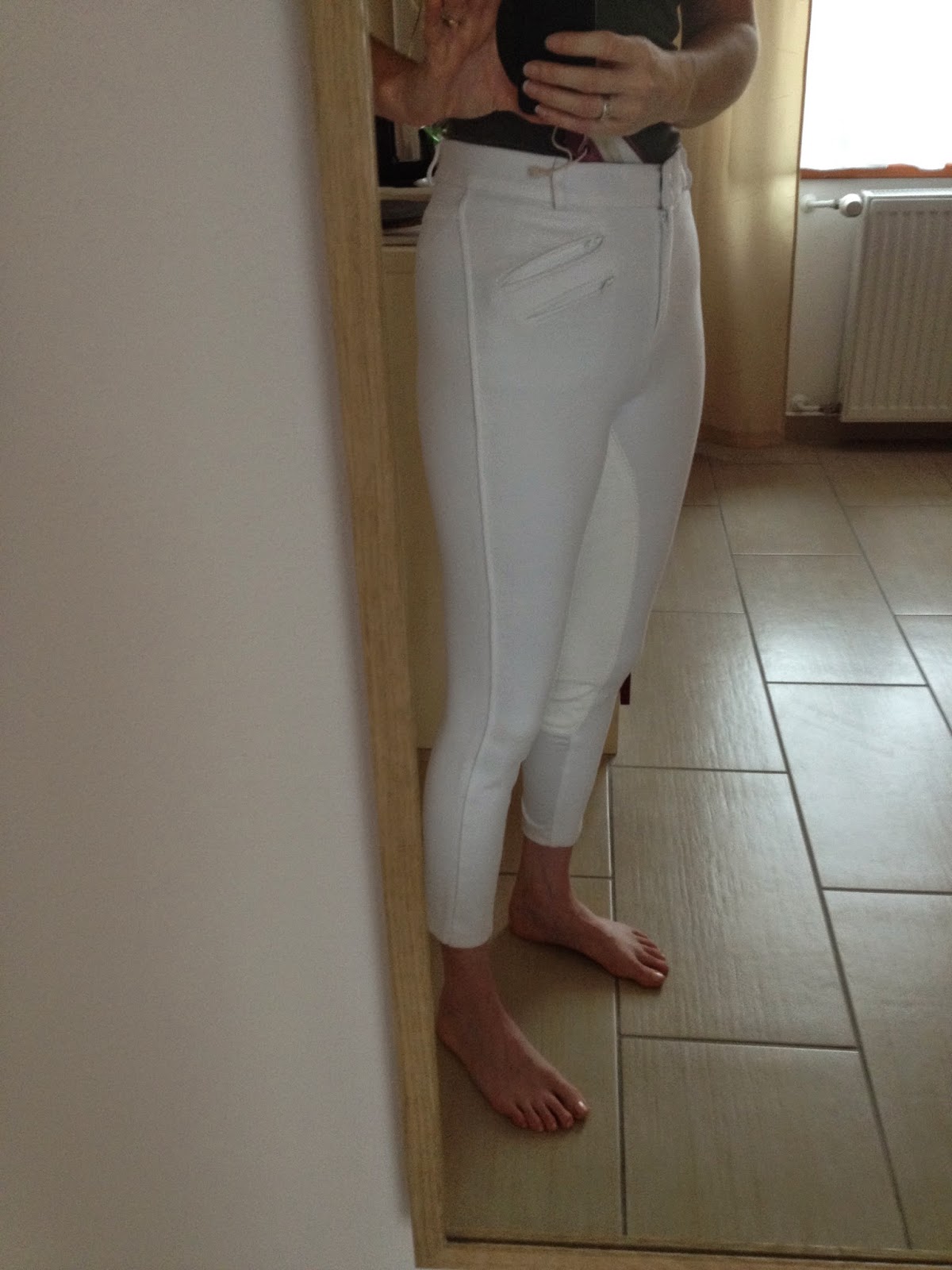 Let's face it, nobody looks good in white breeches, NOBODY. But these aren't half bad!

These are FS Horseware Ireland breeches, and while the waist is higher than I prefer, they fit really well in all other ways! I also paid about $70 US for these, which is significantly less than I've ever paid for a pair of FS breeches. My only regret is that they only had one pair!

Fortunately for me and my checkbook, the store closes quite early, so I had to shop quickly. The lady at the checkout was really nice, but I was quite glad I had my friend along with me to translate. She asked what kind of horse I had, so of course I had to show her a picture of Paddy - she seemed shocked that I had a Haflinger (maybe my height?). Still, she said how cute he was, and thanked us for coming by.

I'm sure stuff from the tack shop counts as souvenirs from a trip... right?
Posted by jenj at 7:23 AM