How do you know when it's time to retire them?

Cash is the only horse we've had long enough that we had to make a decision to retire him. First, I retired him from jumping at age 11, due to a bone lesion. We then focused on dressage for a couple of years, until it became obvious that fourth-level work was too much for him, and he was relegated to being a Training level schoolmaster. At 19, he had a mystery recurring lameness issue high up in his hind end, and we decided to fully retire him. After three years off, he came back sound, and has since been used for very light riding.

Despite the issues over the years, Cash never stopped wanting to work. To this day, he puts his head in his bridle, and you'd better have your act together or he gets impatient for you to get the buckles done. He still loves going on short trail rides, ears perked, a swing in his step. Sure, he's stiff and creaky and not fit, but he still loves to pretend that he can do half-passes and baby piaffe steps.

Red, however, is an entirely different story. At 21, he's been lame exactly once in 11 years, for an abscess. He's not on a single supplement, he's never had injections, and still moves like he's 6. He's fat, shiny, and as bossy as ever. There's just one problem: he doesn't want to work any more. 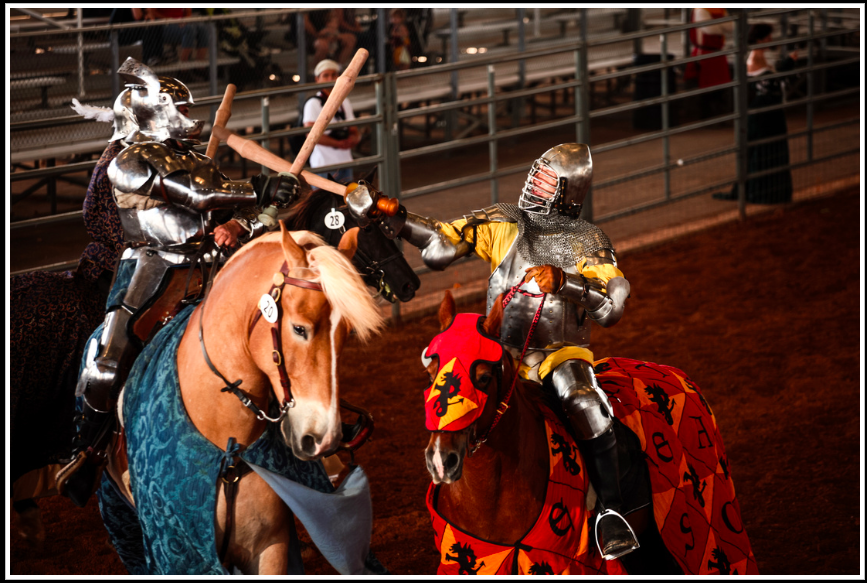 Red has never let his size stop him from ruling the world and everything in it. Photo courtesy of Azulox Photography.

Red has always hated arena work with a passion. He is absolutely disgusted by repetition - in his opinion, if he did it right, his rider needs to do it right too, and once it's right, everyone can be done for the day. When I've prepared him for shows, I had to be very careful not to over-school him, or he'd just get more and more frustrated. With Red, less is more. 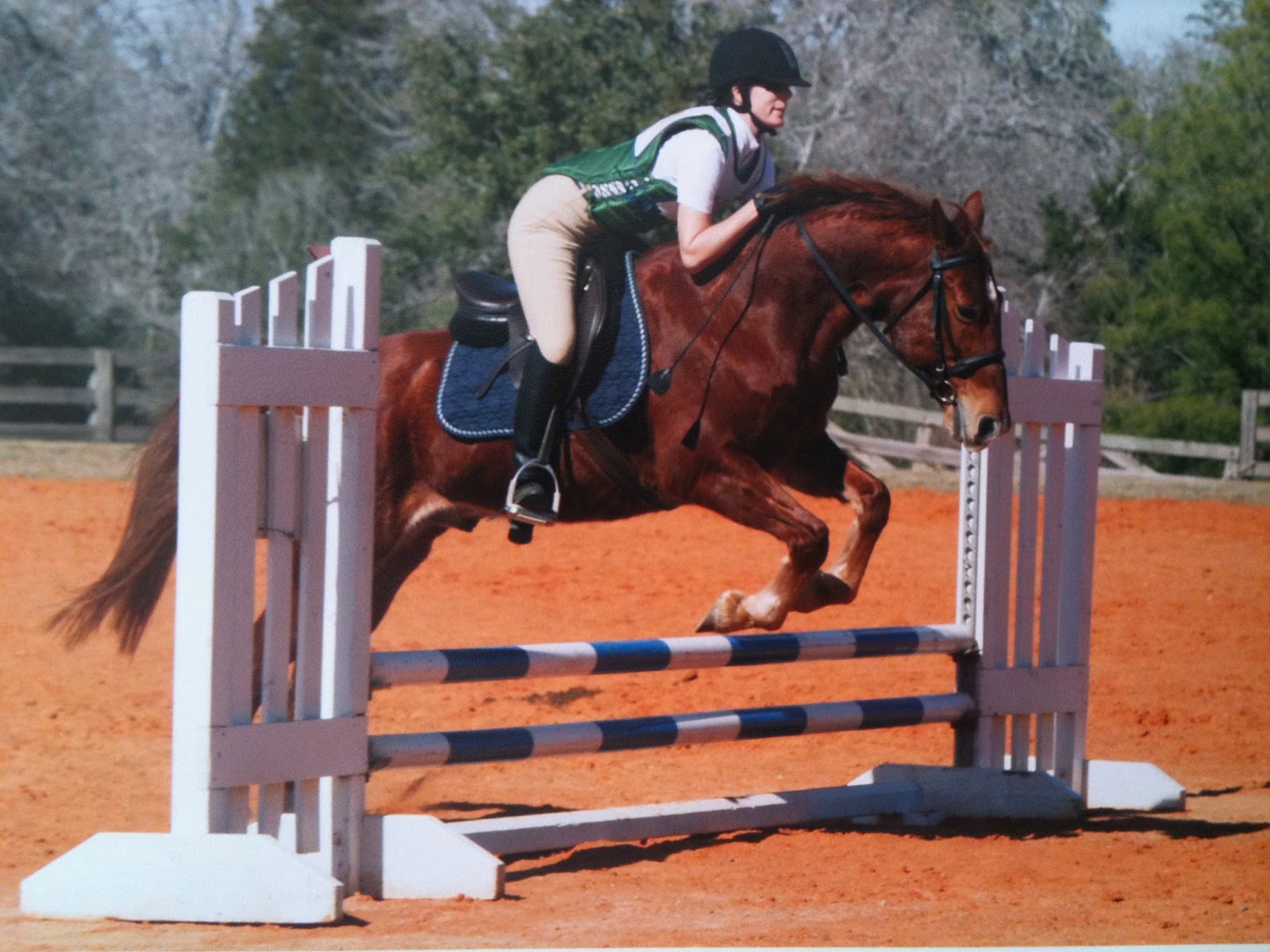 Where he really shines is doing mounted combat, or trail riding, or fox hunting. He loves bossing other horses around in mounted combat, and he and hubby are pretty much undefeated. He totally understands where he's supposed to be and what he's supposed to do on a hunt, and he watches everything carefully and pays attention. Trail rides are the same - he loves cantering through the woods on a nice loose rein, careening 'round the trees. Unfortunately, as he gets older, it's harder than ever to get and keep him fit for hunting. Normally, we do a lot of trail riding and canter sets to prep for hunt season, but this year even trail riding seems to have lost its shine for him. He's actively walking away from anyone who goes out in the pasture with a halter, and he stands to be groomed with a throughly annoyed look on his face. 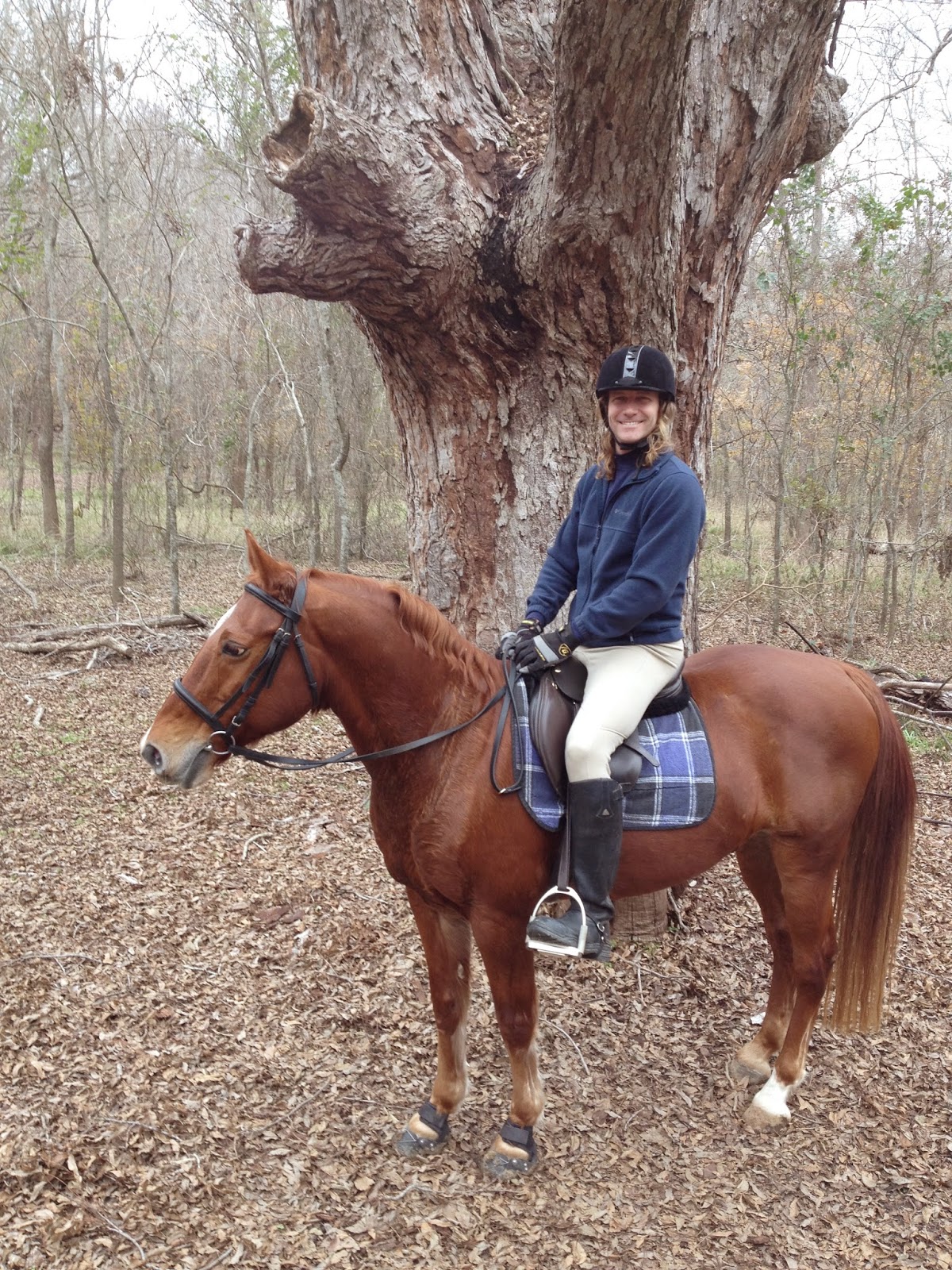 On a trail ride last winter

I know what you're thinking: work him thorough it! Don't let him get away with it! But here's the thing - something has changed for him. He's not sore, he's not lame, he's in great health, so I don't think it's a physical problem. I think he's just tired of it all, and he's showing us as best he can that he's ready to be done. 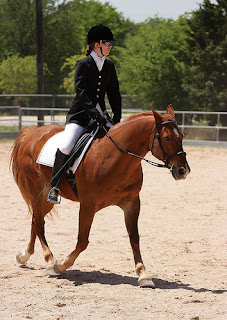 Definitely not his favorite thing, but he still looks good doing it.

Hubby, who never ever wants to admit that any of our animals is getting older, took Red on a trail ride the other week. After he got back, he looked at me sadly and said, "Something's not right with Red. I don't think he wants to do this any more."

So we have decided to retire The Feerless War Pony. He'll be moving to a very nice retirement facility about 45 minutes away, where he can boss several other geldings in a 15 acre pasture. We may eventually bring him back home, but for now it seems like letting him hang out in a big pasture and be a horse may be the change he needs. Because at the end of the day, he's given us 110% for the past 11 years, and he deserves the same treatment from us.

Have you ever retired a horse? When did you know it was time?
Posted by jenj at 9:11 PM