I know I've been quiet for a while - we've just been super incredibly busy with The Great Fencing Project, and we've been anxiously awaiting the arrival hubby's new horse...

Yes, that Brego. The one he rode fox hunting up in New Hampshire about a month ago? That wasn't quite the innocent ride I made it out to be... we were actually trying him out to see if he and hubby were a match. Turns out, they got along FABULOUSLY well, and Brego's mum was happy with the idea of him having a job again. I'll have to post more pics/videos of the tryout ('cause Brego seeing armor for the first time was ADORABLE), but for now, here are his arrival pics!

The Brook Ledge van turning onto our street. These guys are awesome - if you need a horse shipped, I highly recommend them! 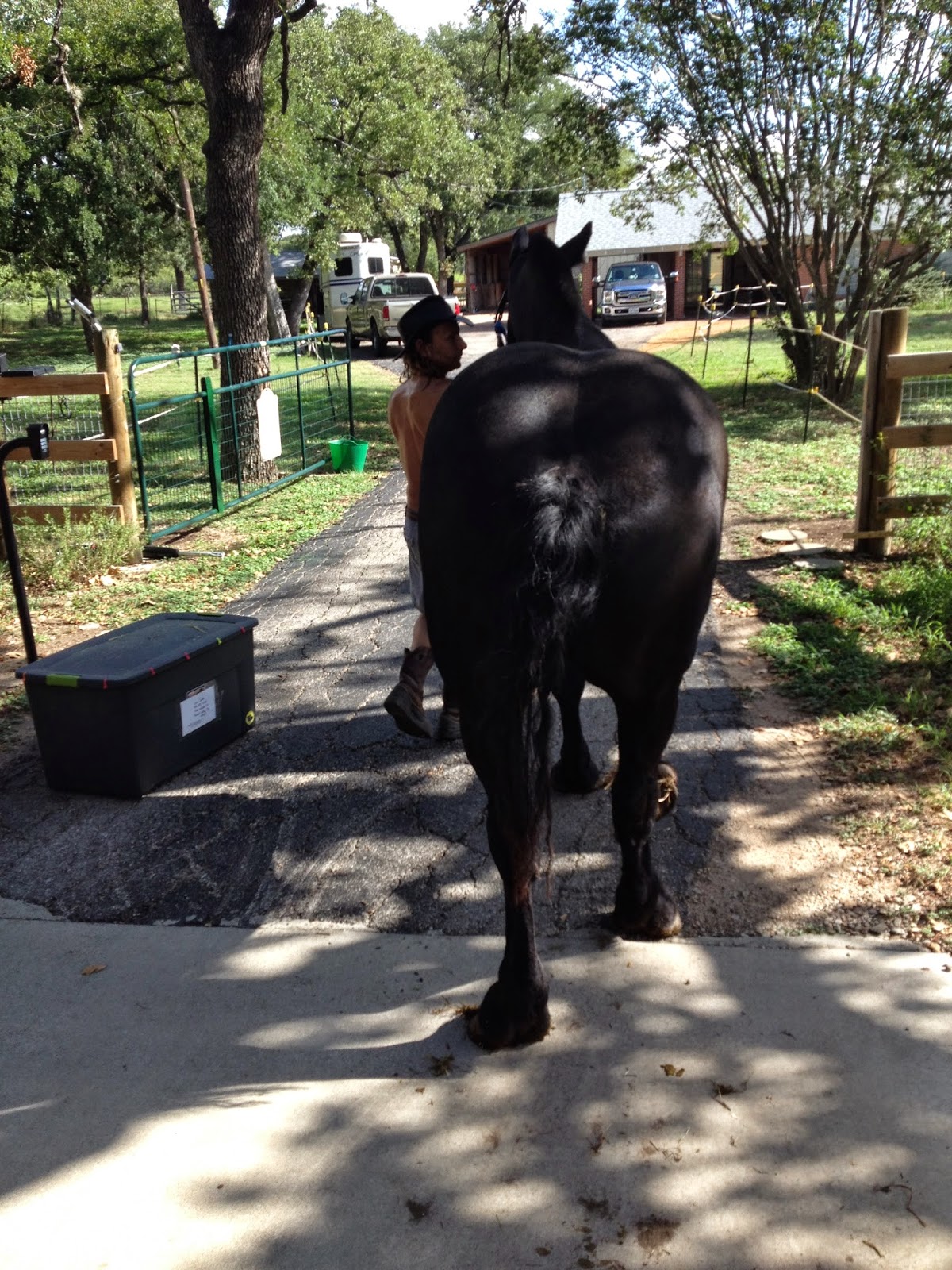 Brego came off the trailer looking like he'd just stepped on - totally fine, hydrated, and 100% ready to go. I'm not sure what Brook Ledge does to keep horses in such good condition on such long trips, but whatever it is, it works! 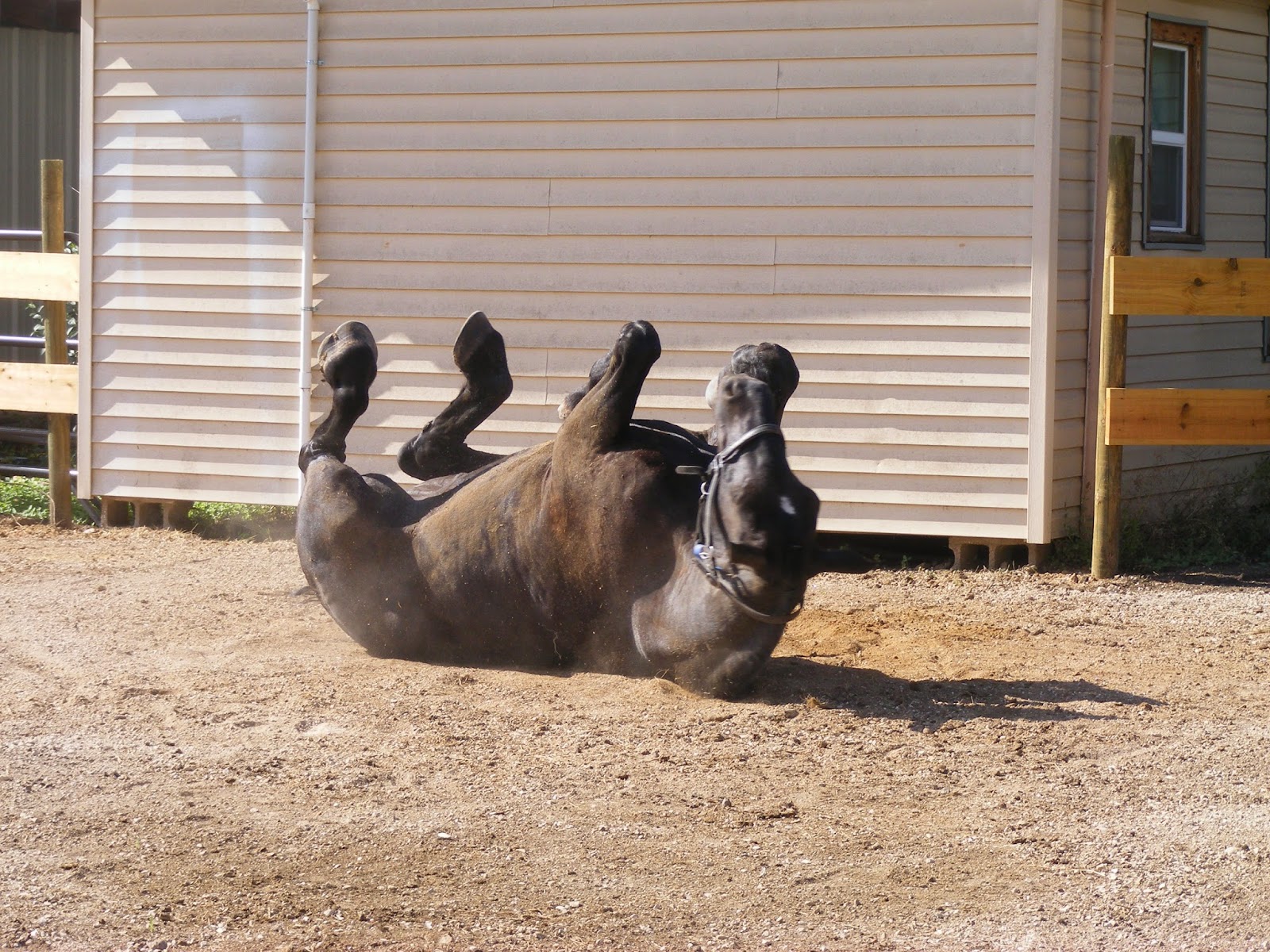 Brego settled right in. First, a good roll in the dirt. Don't you just want to rub his belly??? 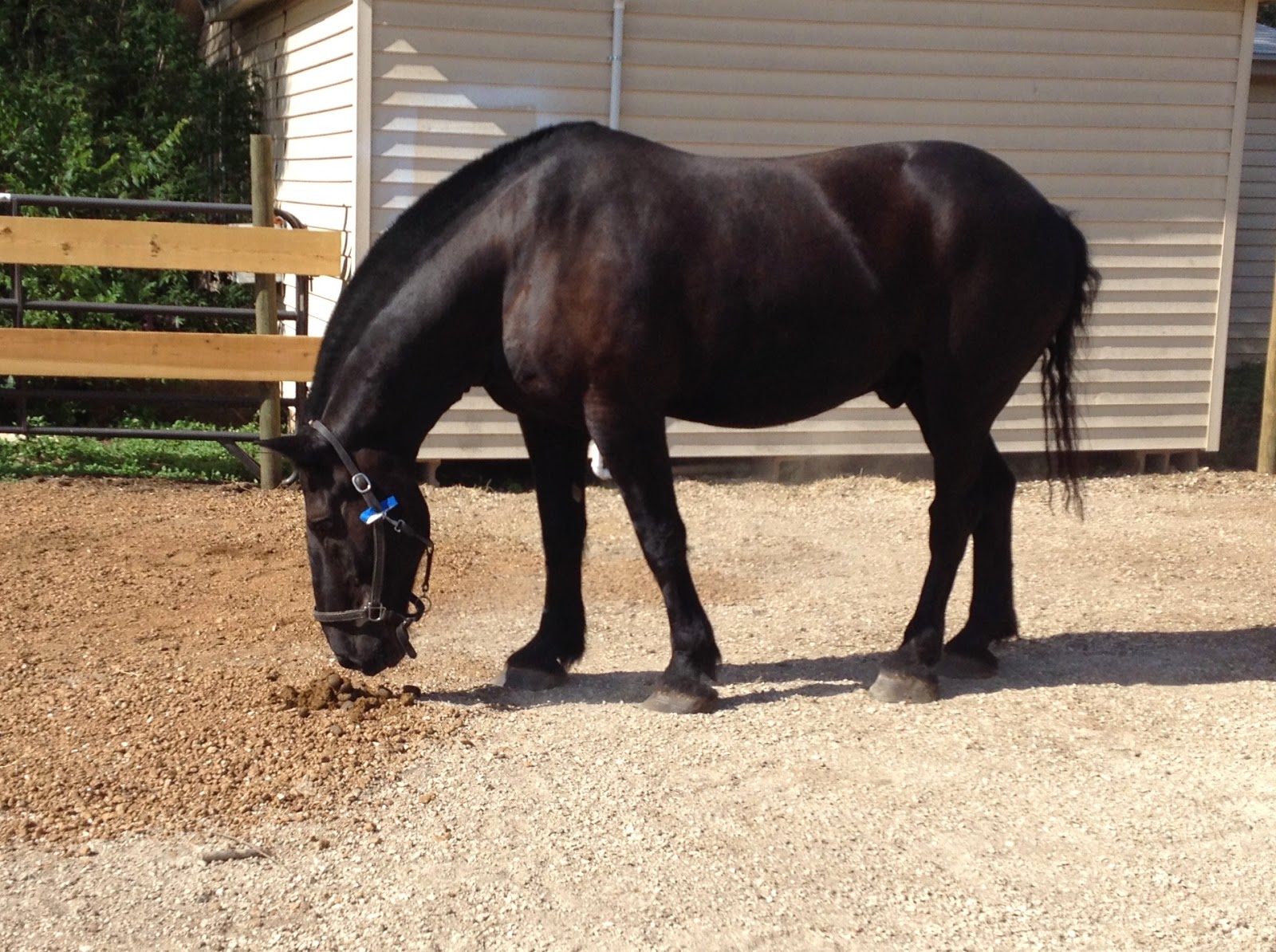 Next, sniff the poop. 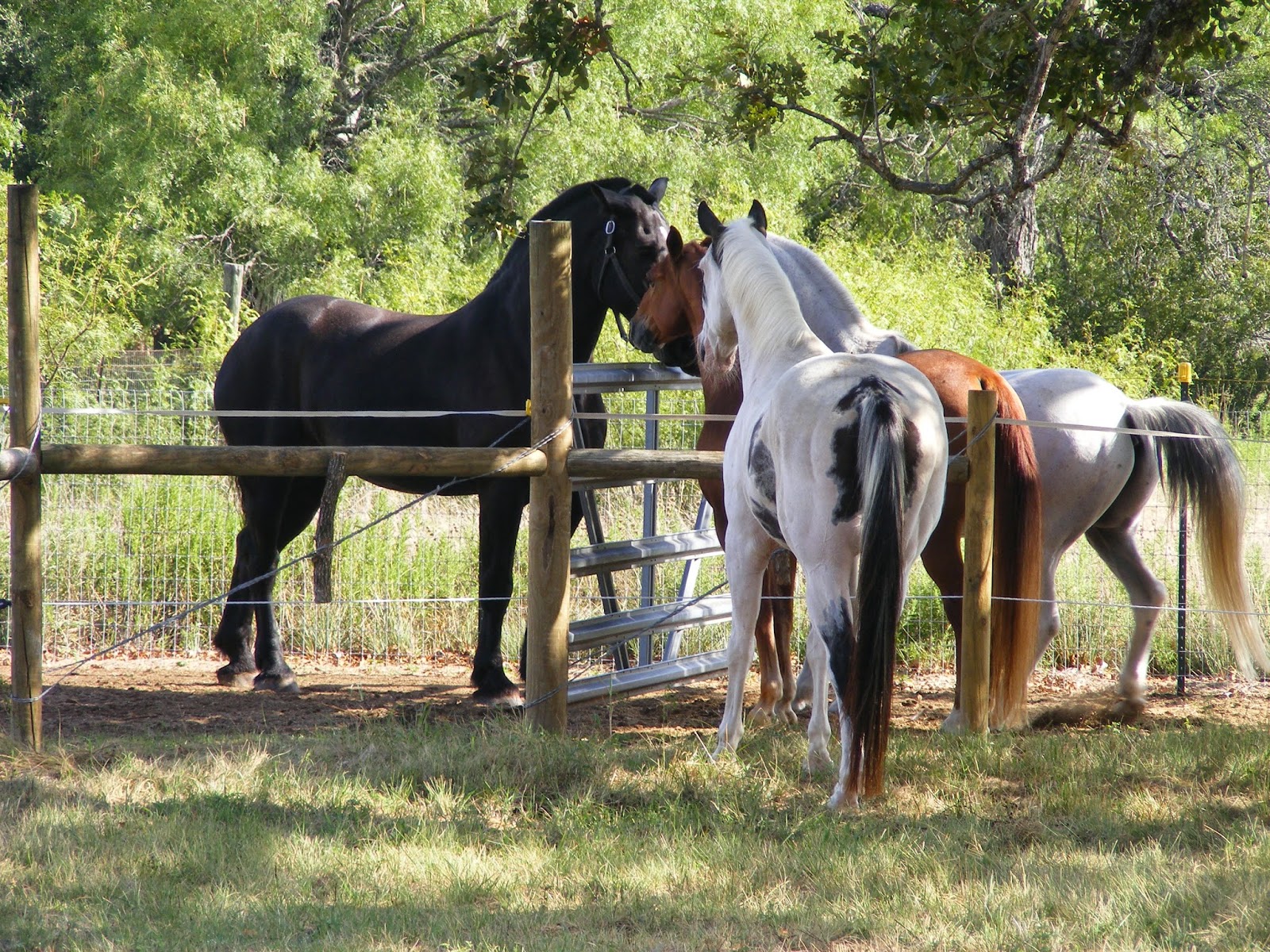 Meet the neighbors... Cash, Red, and Taran in the far back. There were several kerfluffles between Taran and Brego over the gate, but you know what they say about fences making good neighbors. 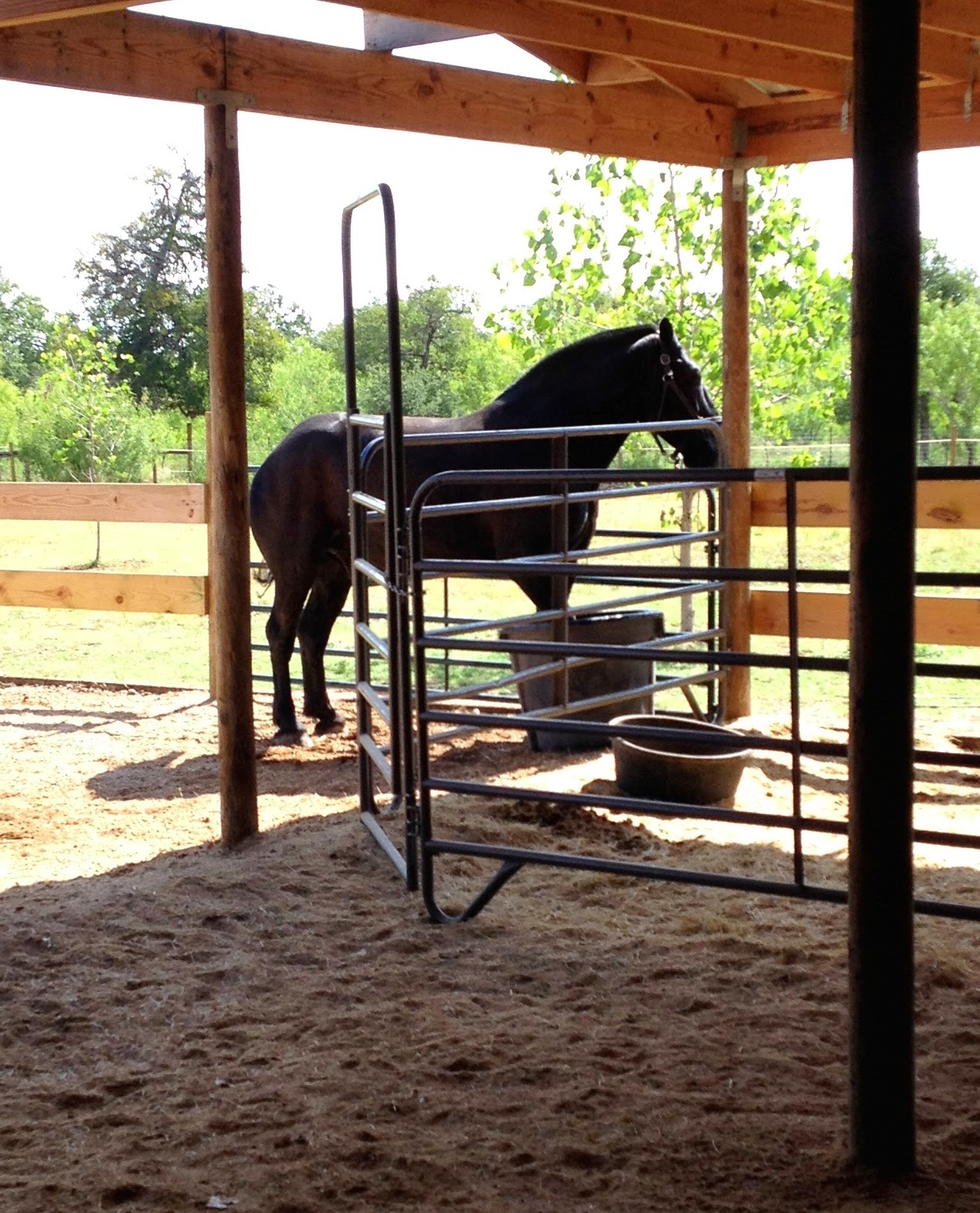 It's also important to stand in the water trough. Apparently this is a thing Brego likes to do when he's hot, lol! We may need a bigger water trough... 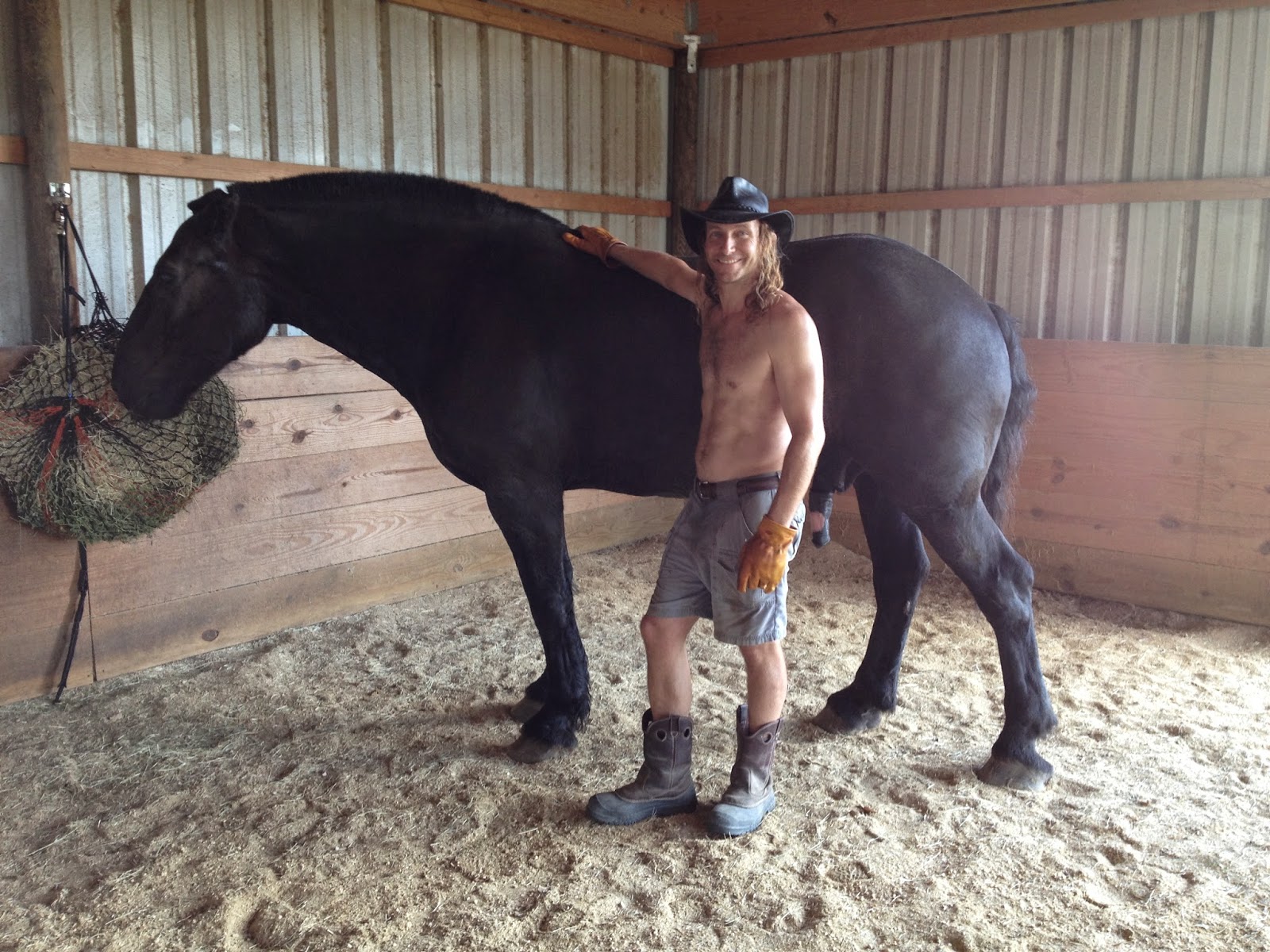 And then settling in to a full hay net. Hubby for size comparison.

Paddy stayed up in the stall during the day to keep Brego company. They met a few times over the fence, and there were no dramatics. After Brego had had several hours to relax, drink half the water trough, and otherwise settle in, we decided to let them out together. And here's what happened: 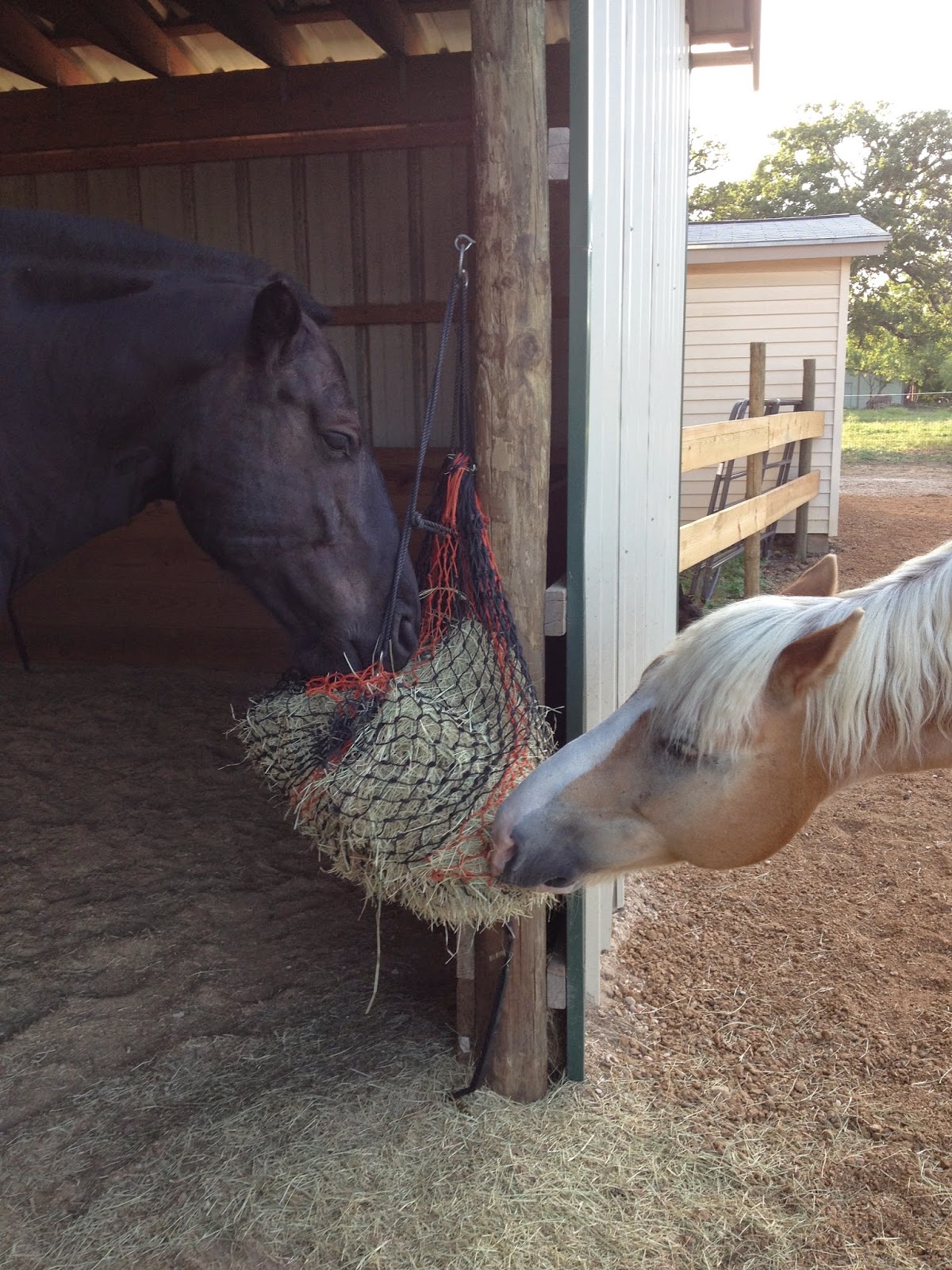 
We are so, so grateful to Brego's mum Daun for suggesting the match in the first place, not to mention   setting up the fox hunt and tryout weekend, and then graciously handling all the logistics it takes to ship a horse halfway across the country. Thank you SO MUCH, and please know that he will have the best home with us! Also, many thinks to MC for keeping a watch out for the horse van's arrival, watching over Brego's introductions to the herd while hubby and I tried to figure out why the electric fence wasn't working well, and of course, ALL THE PICTURES! And of course thanks to FuzzyPony for well... everything. ;)