First off, thanks everyone for your well-wishes! Hubby and I spent the weekend on the couch with our delicious antibiotics and are both feeling nearly 100%.

Since we were obviously not up to hunting this weekend, these pics are actually from LAST weekend (how do I get so behind, anyway?). We had a super awesome day out with the hounds - fast hunt, perfect weather (if you like good Irish weather), and great company, although we didn't have any Tally Ho's. 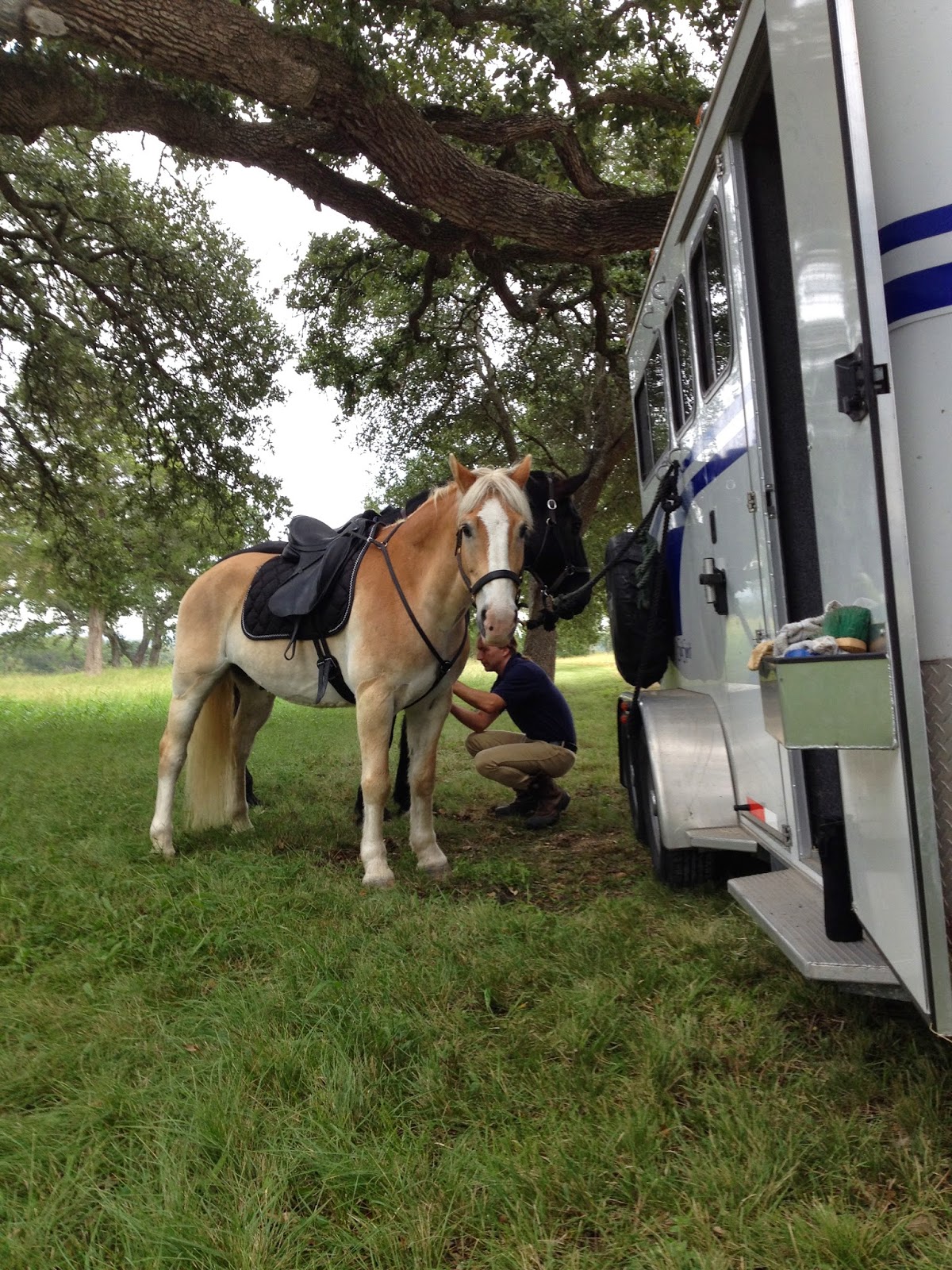 Getting ready to head out. Another perfect day - cool, breezy, with just a hint of rain. Hubby is adjusting Brego's breastplate.

All the horses were pretty amped up for the first few gallops - we played bumper cars with some of the less experienced mounts, but everyone stayed on board. Paddy also learned that some mares do not appreciate geldings in close proximity, lol! 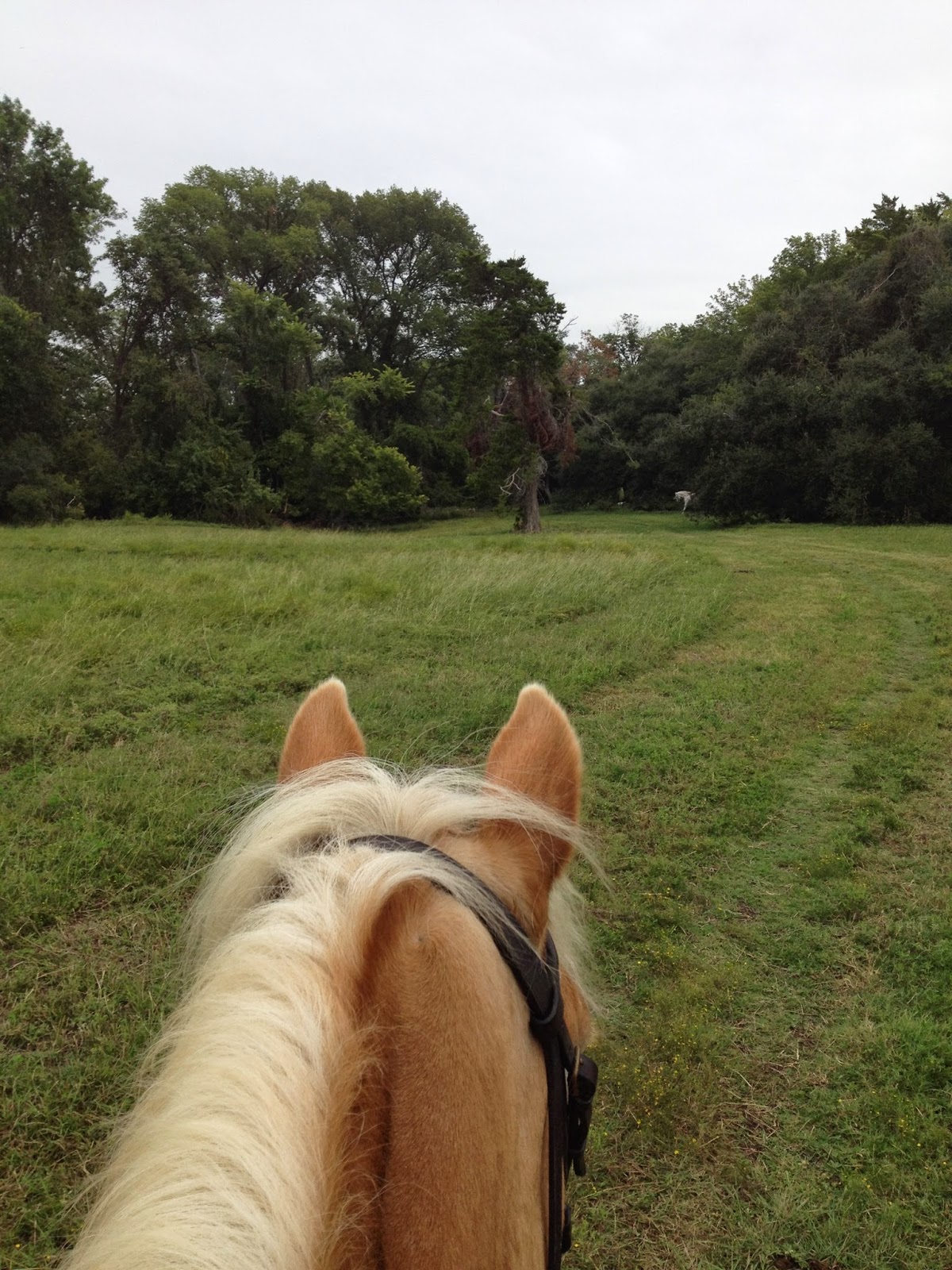 Paddy watches the hounds work this copse of trees. The tiny grey dot is the huntsmistress.

We ended up going first flight since there really was no second flight. Since first flight jumps 3' coops to get from one field to another, and I haven't jumped Paddy since his injury this summer, I took him around through the gates. This meant we ended up traveling significantly more distance that the rest of the horses. Good thing that a) the Haffie can keep up with the TBs and b) I can actually gallop in a dressage saddle!!! 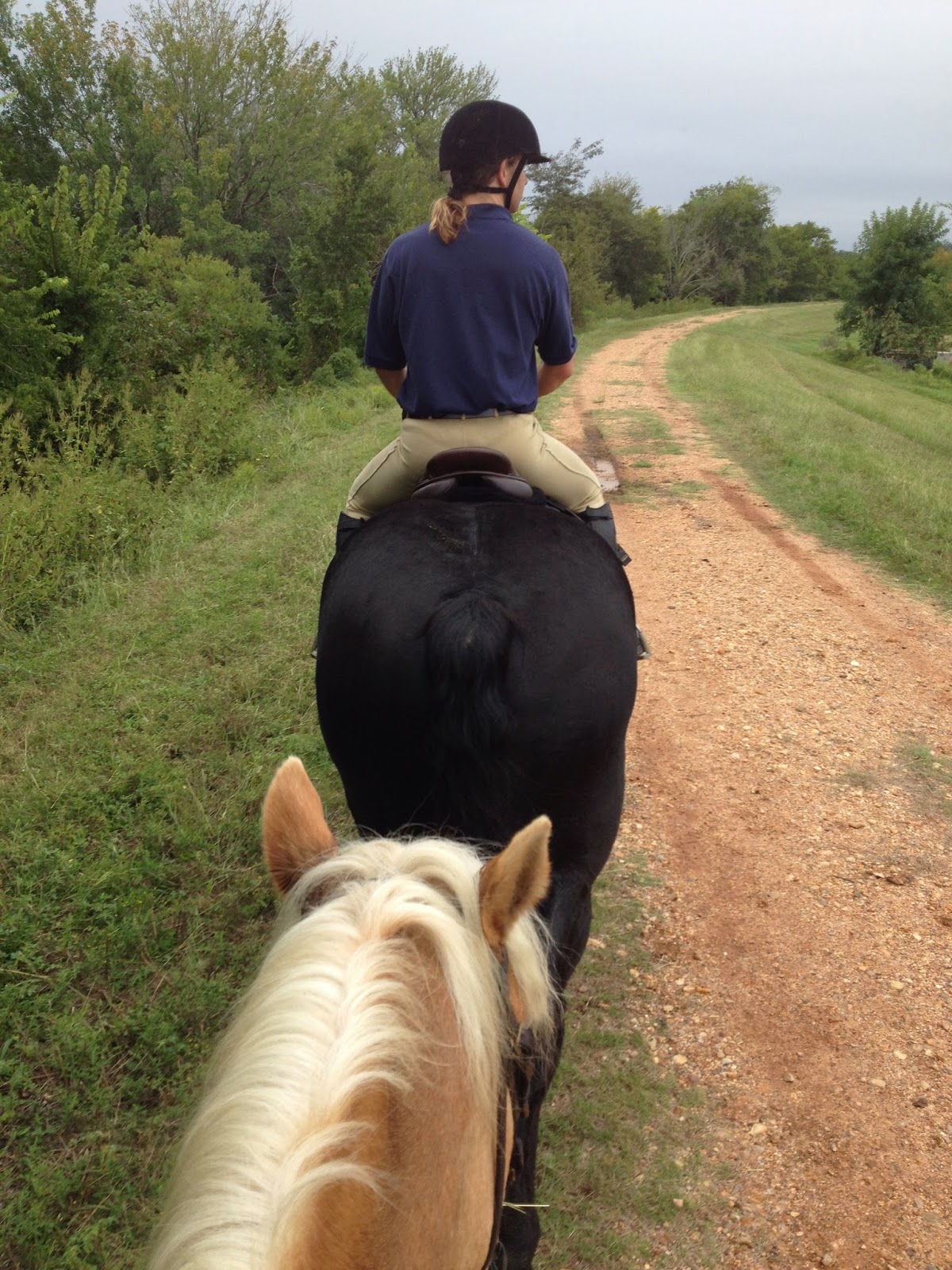 Hubby eventually decided to try one of the coops, with a bonus overhanging branch. Brego was a star, as usual. 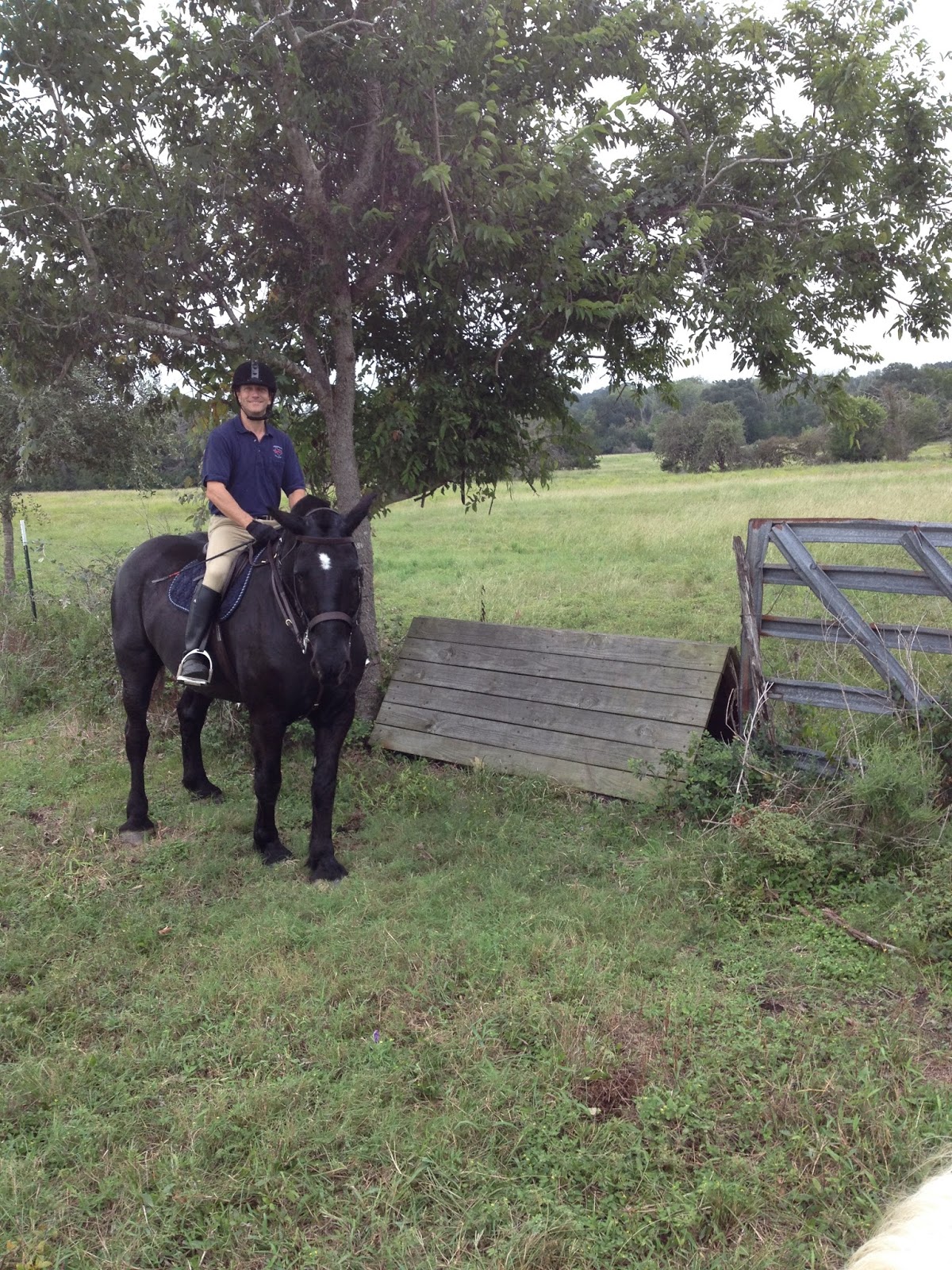 Hubby had to duck for this one!

The boys were quite steamy after our hard gallops, and once we were back at the trailer realized that Brego doesn't yet have a fleece of his own. He had to borrow Paddy's. 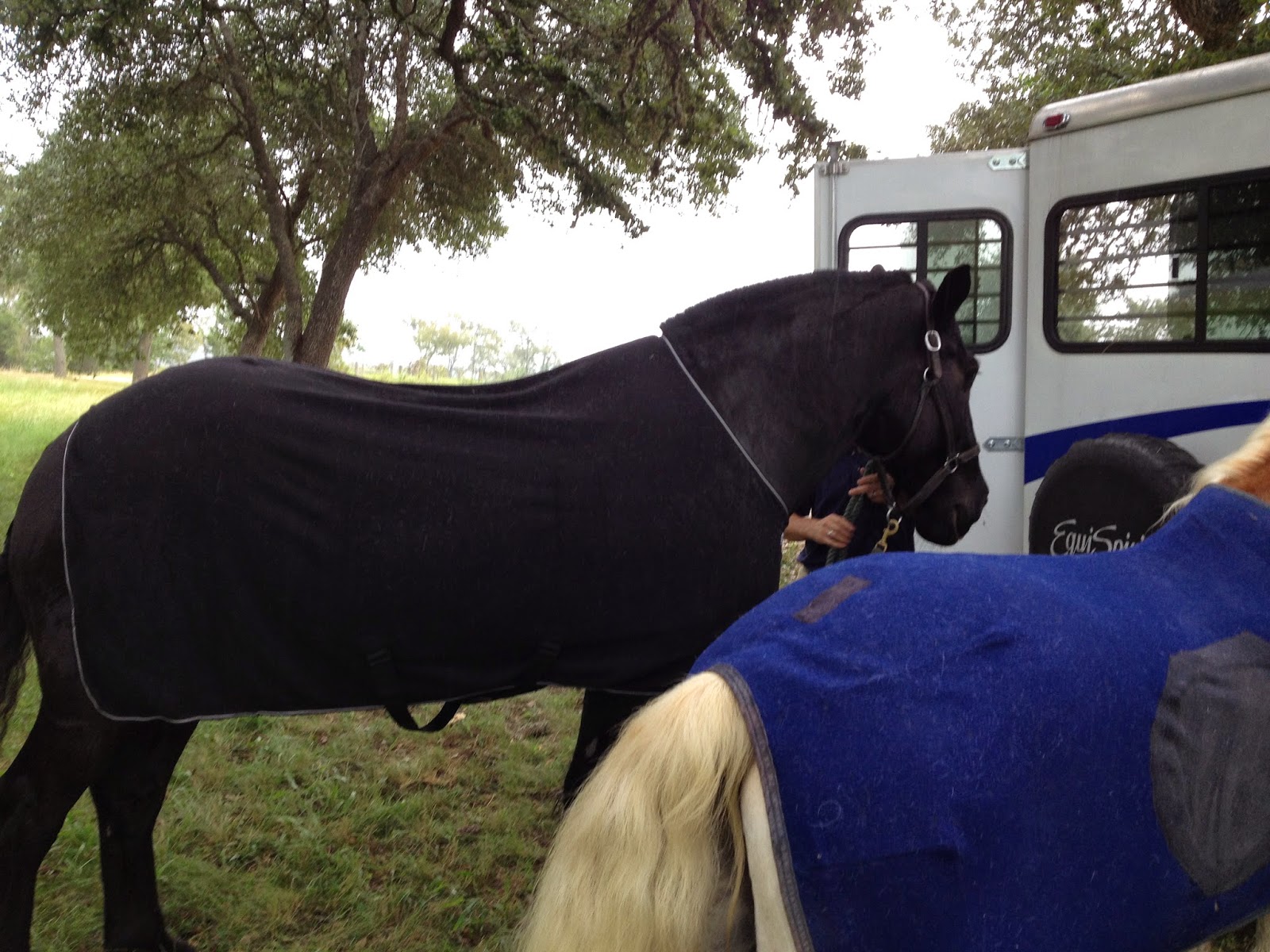 Brego is not really a size 75.

We've really come to love foxhunting season - it's so much fun to just let the horses open up. It's also REALLY nice to have two solid citizens when you're hunting. Such good boys!
Posted by jenj at 12:57 PM