One of the fun things about where I work is the completely ridiculous YouTube videos we make to advertise. This is one of my favorites:

All our talent comes from in-house - the guy in this video actually sits two desks away from me and is awesome to work with in real life.

A couple months ago, the video team approached me about using our horses in a shoot. They cast it, scripted it, and earlier this week we shot the video. 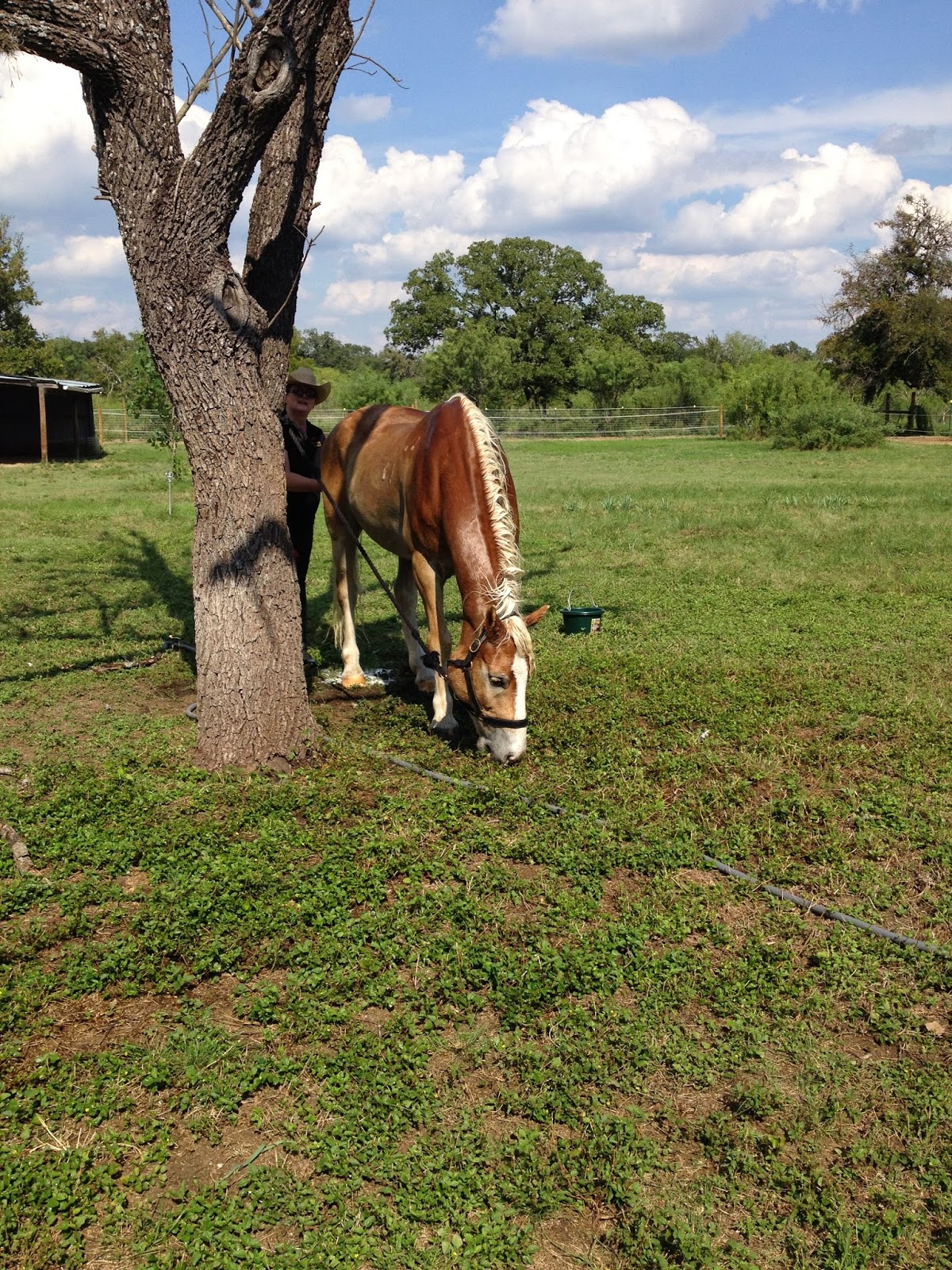 The talent gets bathed and primped by MC. She and Fuzzypony were on hand the whole time and helped get everything ready and wrangle the critters. We definitely could not have done this without them, so thanks to both of you! 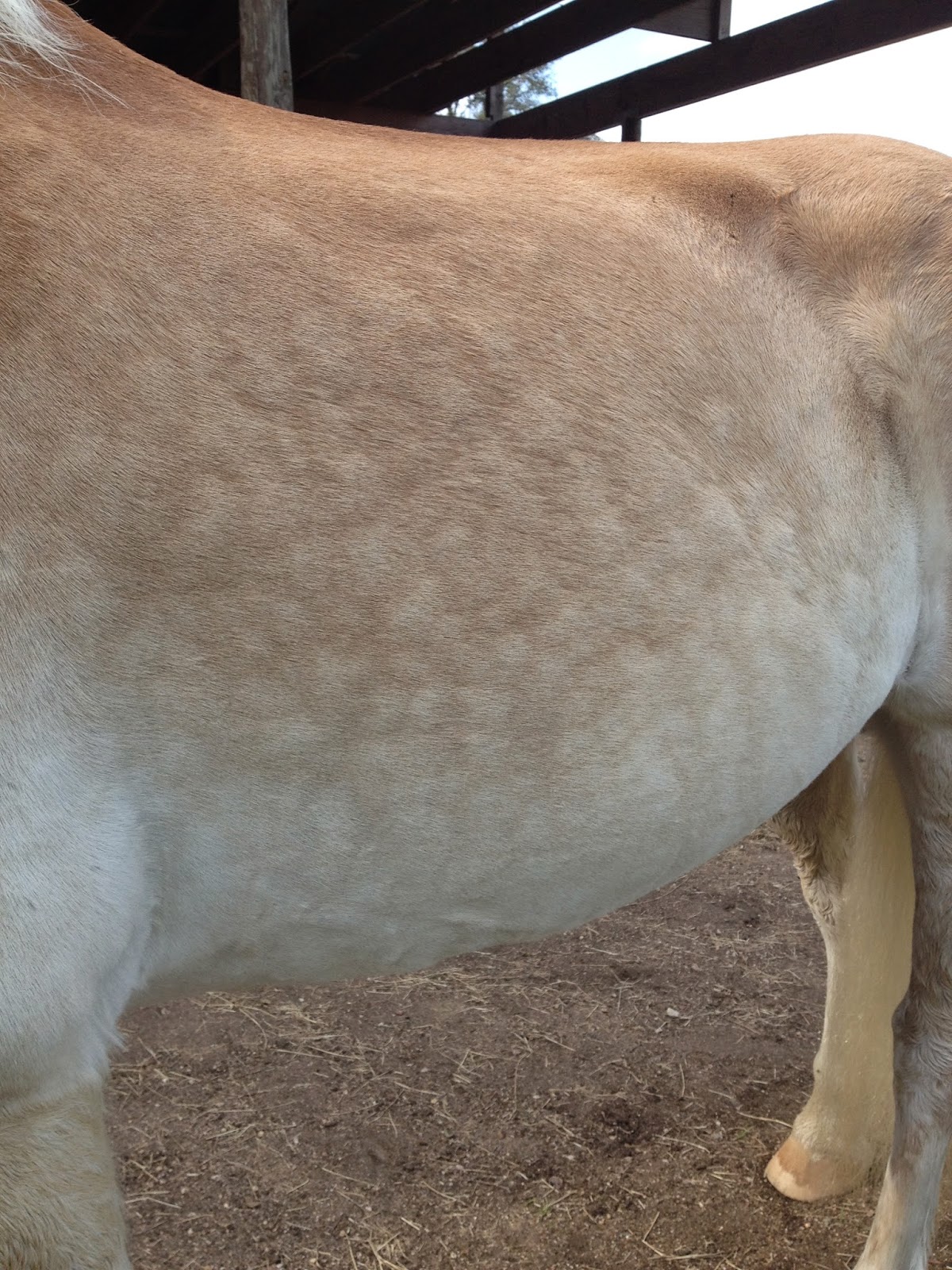 The video itself is a fake political ad. The premise is that you should vote for Beau Hayfield, who is awesome at IT security. He's just a good ol' boy working on his "server farm"... which is where Wyvern Oaks and Paddy come in. 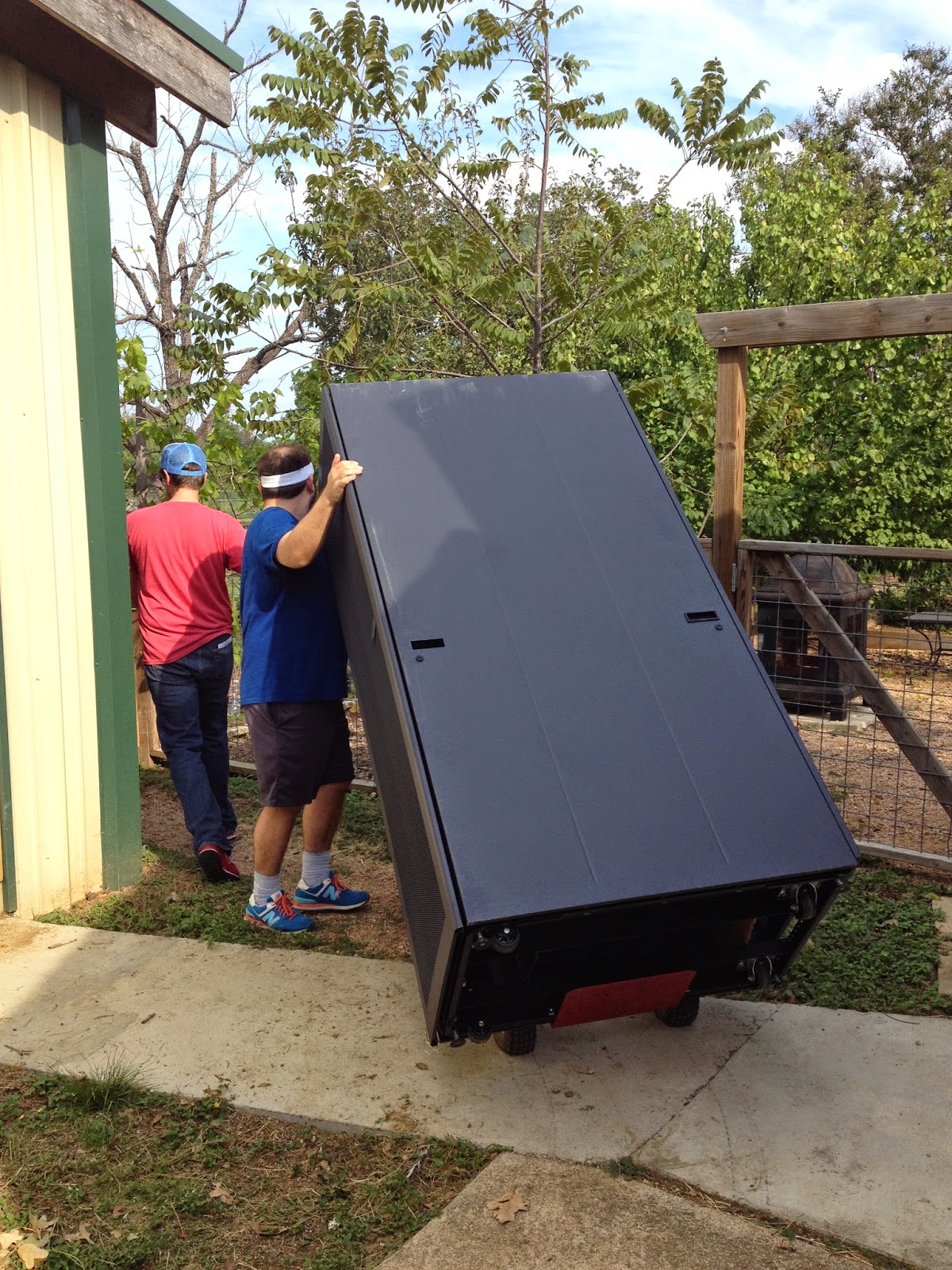 And obviously, you need a server rack on a server farm. 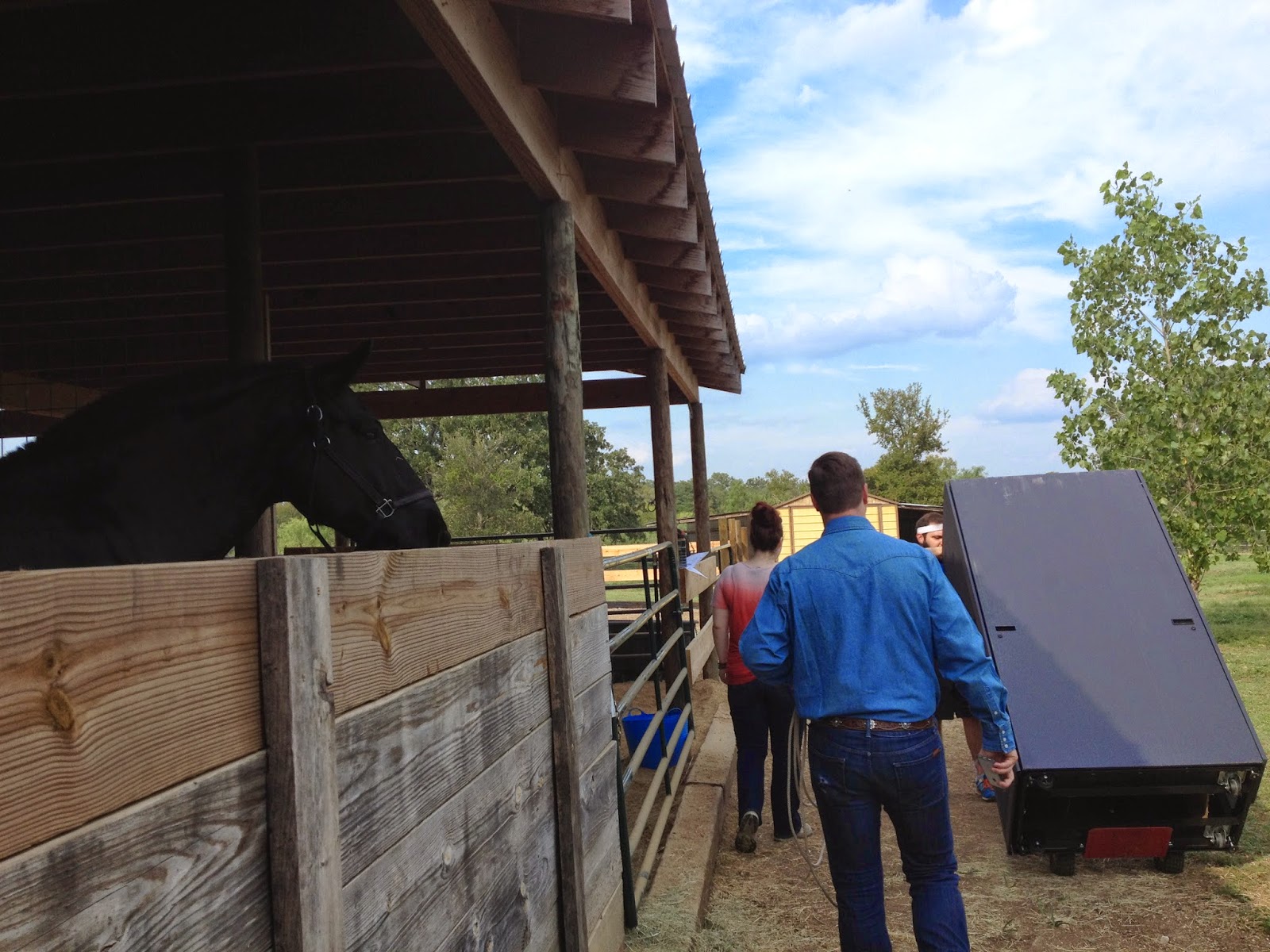 Brego (the shadow on the left) was like "WHAT THE EVERLOVING FFFF IS THAT?!?!?" 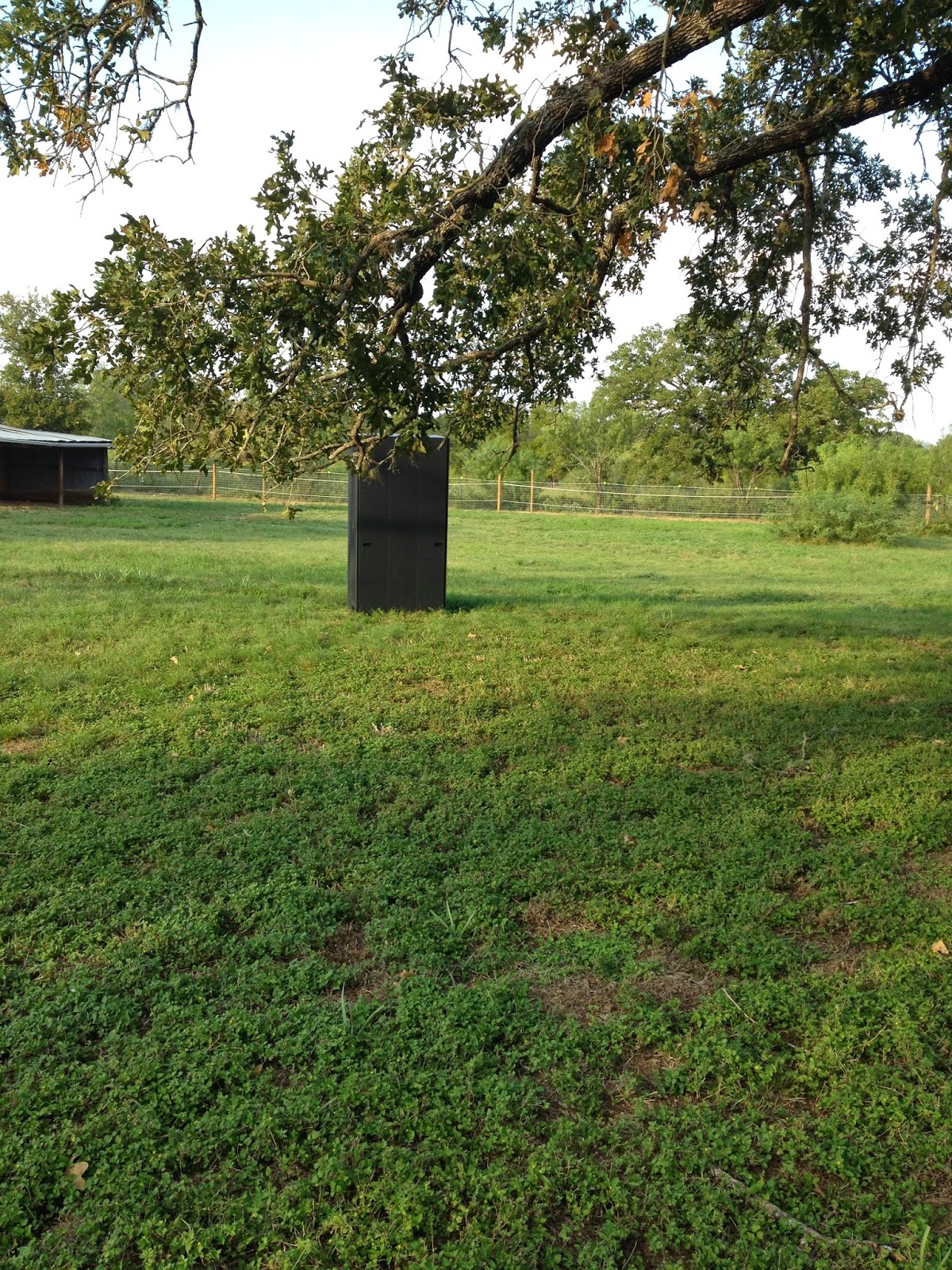 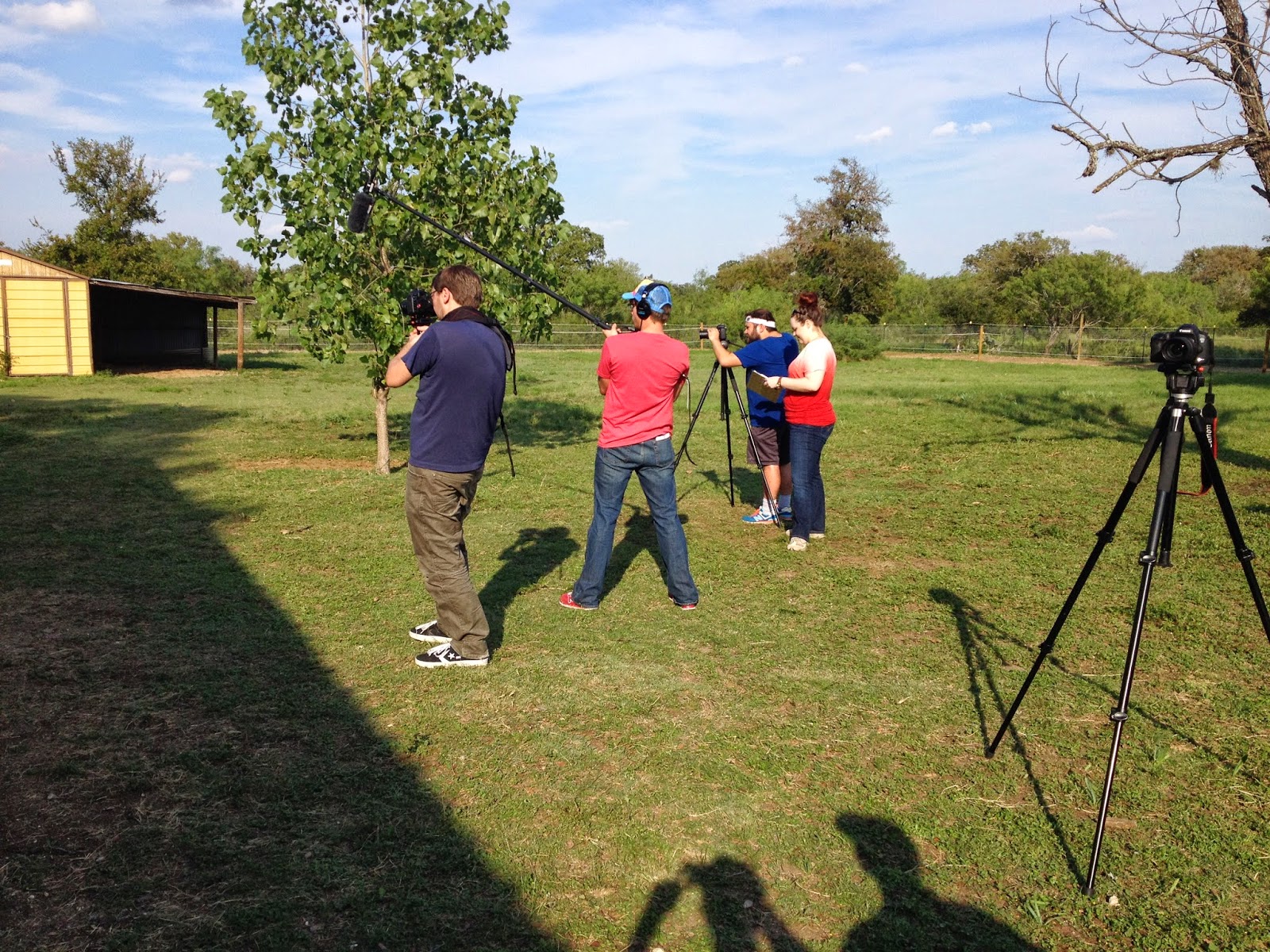 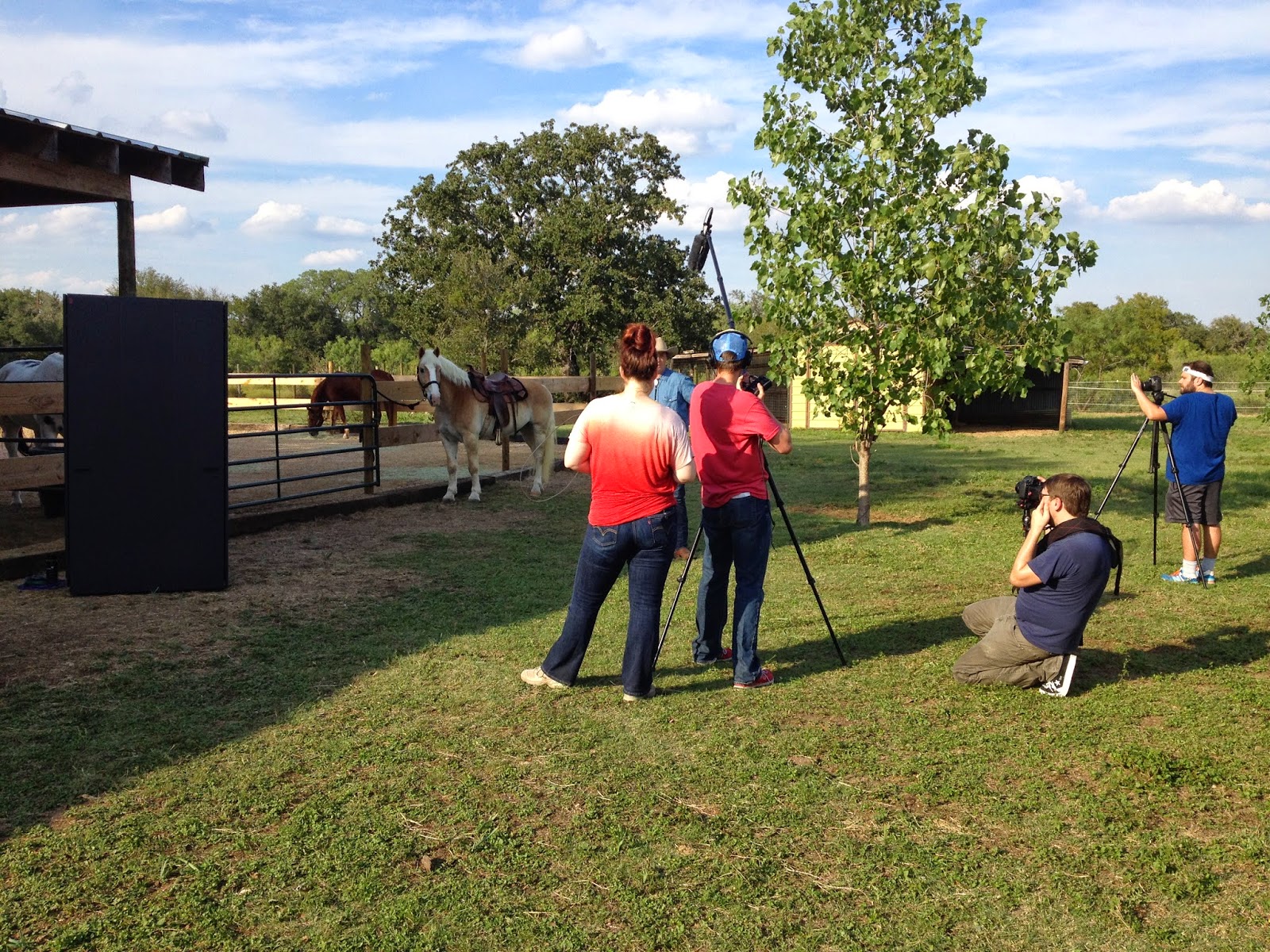 More awesome video crew, with Paddy and other horses (bribed by hay) in the background. 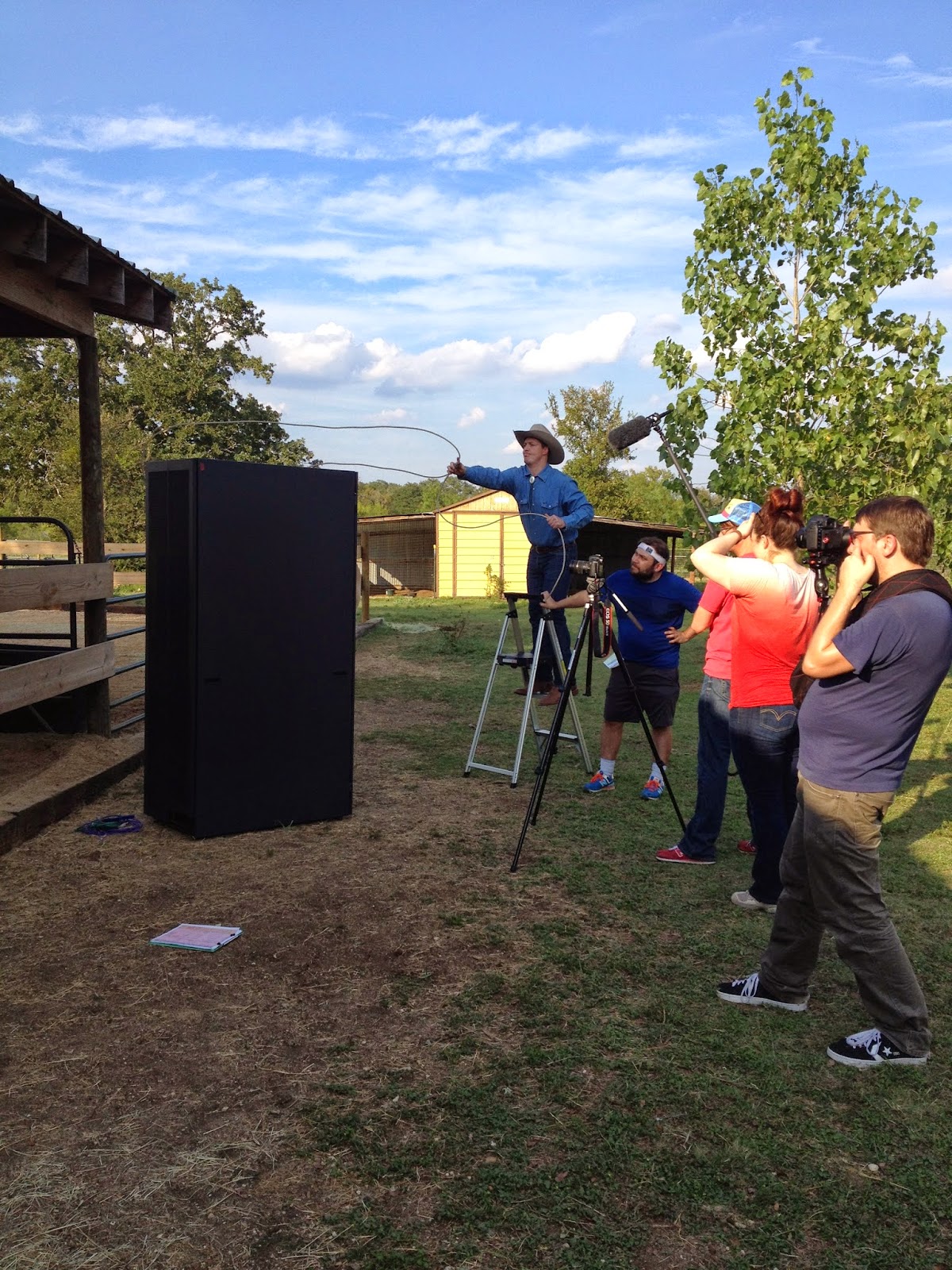 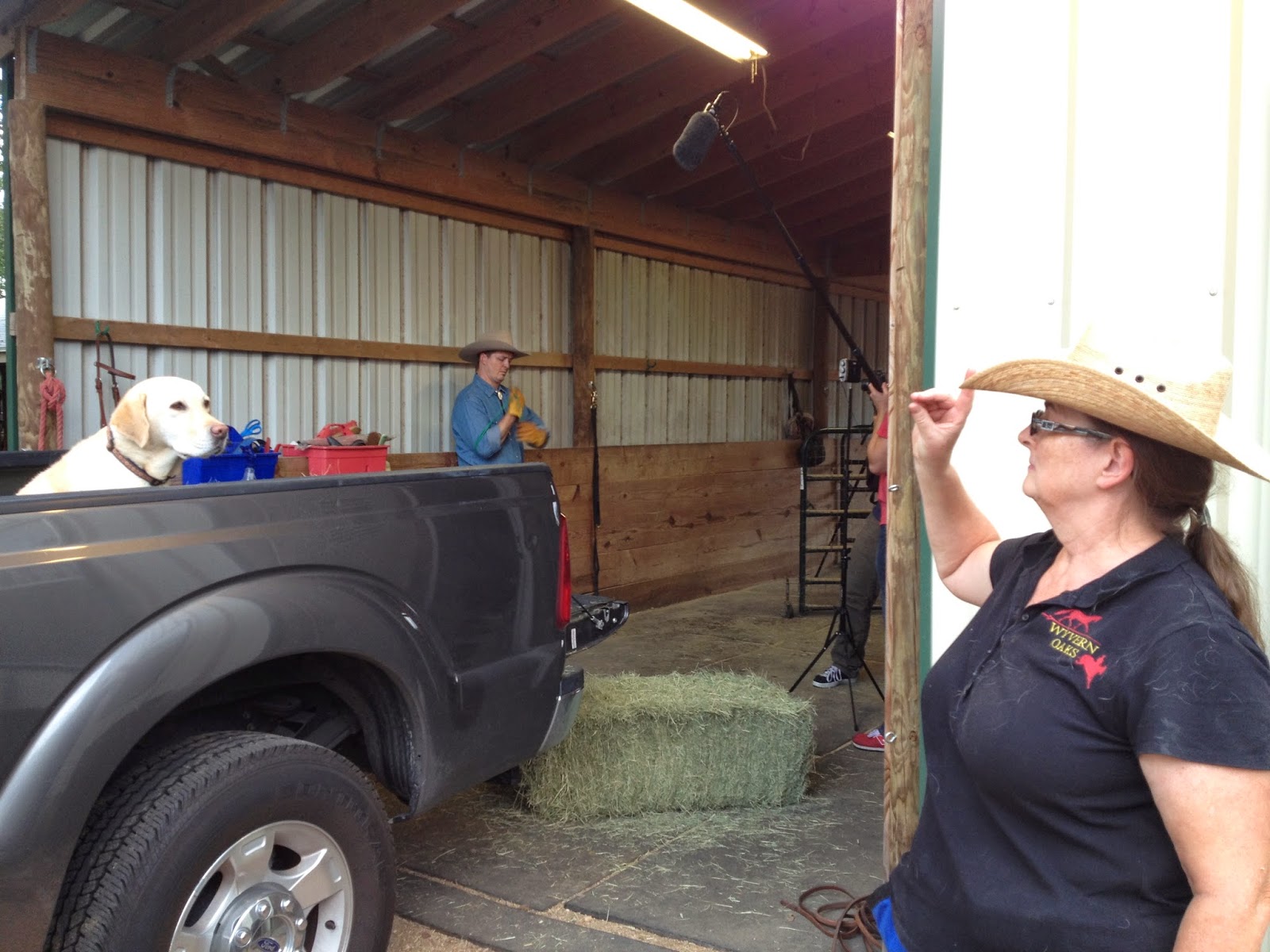 Every farm needs a dog! Thea (the yellow lab, trained and handled by MC) played her part perfectly. 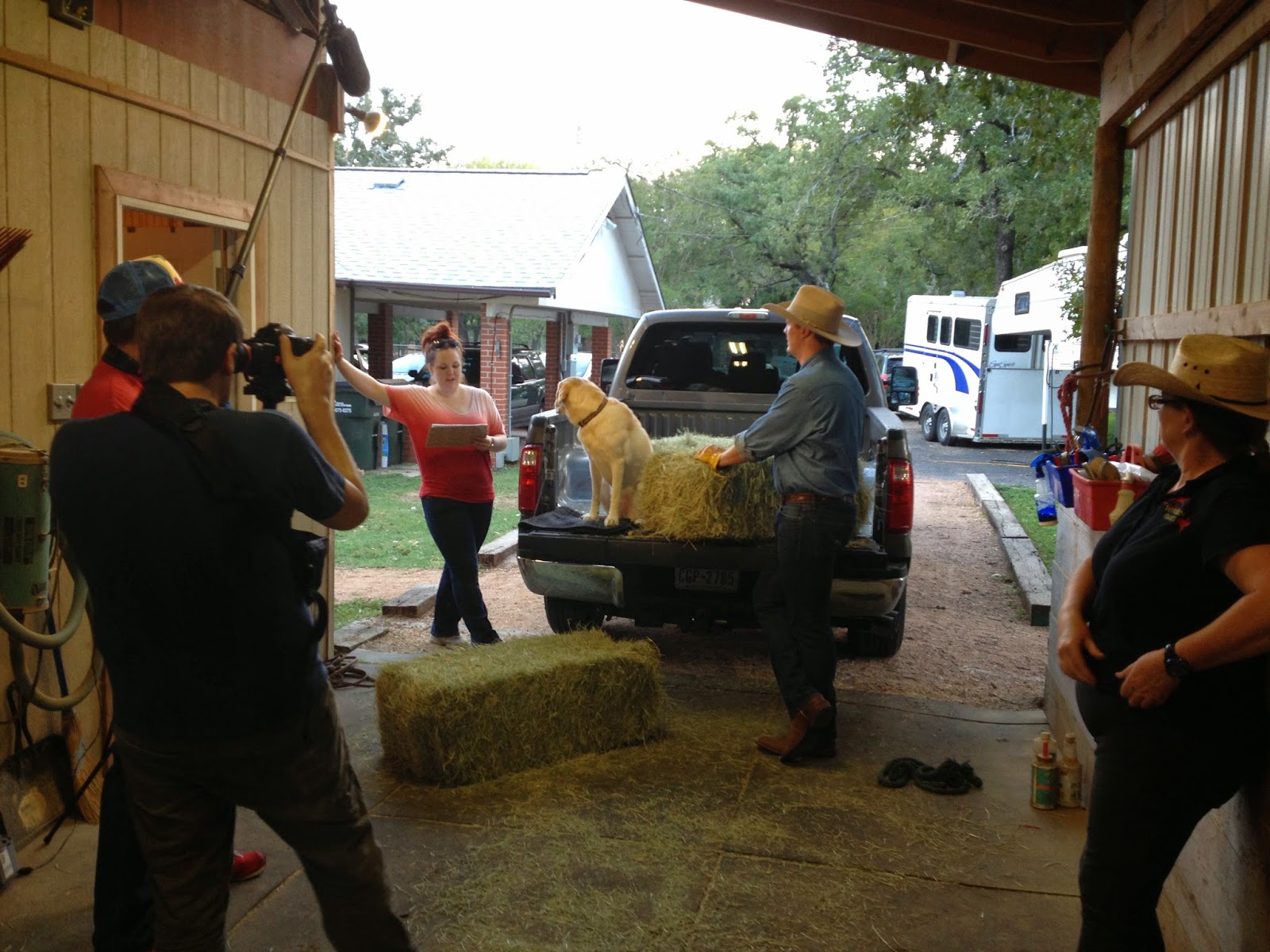 In between takes. It was funny - I ended up resetting the hay bales for this take because everyone else thought they were "kinda heavy" :)

Paddy was super good for the entire three hour shoot. He stood patiently wearing a Western saddle for most of that time, letting a non-horse-savvy guy lead him and sit on him. In between takes I would give him a treat, so he was always looking right at me, ears pricked, during the takes (I stood behind the camera so he was looking at it). At one point they wanted to get a close-up of him swinging his head around and looking into the distance, so we rattled a bucket of feed. Of course he did it perfectly on the first take - the entire crew laughed about that! He also patiently picked his foot up and set it down about 20 times so they could get a shot of him "stomping" his foot down. SUCH a good boy! 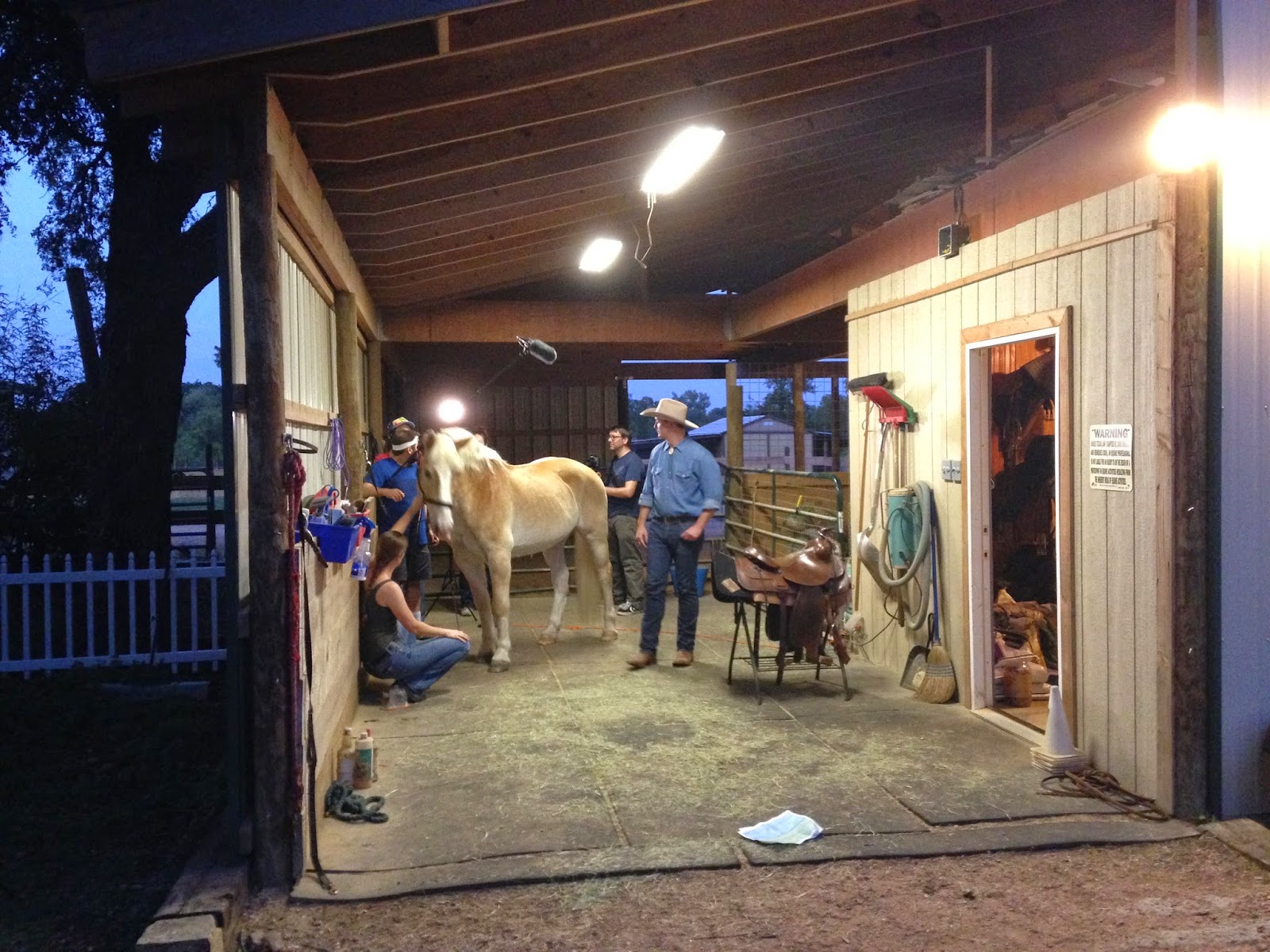 And here's what I spent most of the shoot doing - trying to stay out of the frame while making sure Paddy did what they wanted. You can see me squatting up against the wall, holding Paddy's head in just the right position.

It was interesting to wrangle animals on a set, especially since I wasn't the one actually in the shoot. It was fun, but certainly not something I'd want to do for a living! I don't think Paddy minded it though - he got about a pound of treats in the course of three hours of filming!

I'll post the video when it comes out - should be very soon!
Posted by jenj at 7:34 AM