This weekend, I had planned to go to a schooling show at our usual venue. But the show was full by the time I sent my entry in, so that was a no-go. Instead, we ended up at an even smaller local show, at a venue we'd never been to... and the judge was my dressage instructor.

Paddy and I have our first rated show in about three weeks, and I wanted one more outing before then for a little extra experience.  However, USEF rules say that if you've taken a lesson from someone within the past 30 days, you cannot ride for them in a competition (that is, they cannot judge you). Knowing this, I asked the show organizer if she would let me simply ride the tests in the arena, with no judge at all, or ride HC (just for scores, not ribbons). The show organizer kindly responded that it would be fine for me to ride for ribbons, since it was such a small local show.

Let's be real here - riding for ribbons, with your trainer as the judge (especially when you just took a lesson from her TWO DAYS before, and not 30 days) IS NOT FAIR. I believe that as a judge, my trainer was impartial to me as a rider - in fact, she's probably a harsher judge since she knows our every fault. Still, if I knew someone was riding for their trainer, and they beat me at a show, I would wonder about unfair advantages. For me, this show was just practice, but if this was someone's first show, or if this local show was as fancy as they ever do, then that ribbon might mean a lot to them. Besides, for me, getting a ribbon when you didn't actually earn it, or if you had an unfair advantage (perceived or not)... well, that just leaves me with a bad taste in my mouth.

So I rode HC, because it was the right and fair thing to do. I actually have no idea how we scored compared to the other riders, but it doesn't matter. I accomplished what I set out to do - ride Paddy at a new venue, and not break in the canter during either test.  The warmup arena was SUPER scary, and he stared in every corner, but I just used more inside leg and didn't get all up in his face, and damn if that didn't work! I felt pretty good about both tests - they weren't stellar and super relaxed or anything, and I sort of forgot to ride his shoulders around a few corners, but overall they were very consistent and we didn't have any major faults. Our free walk, which we've worked really hard on at home, is still a chance for him to look around and be distracted in the arena (boo, especially since it has a 2x coefficient). But, even though we had a bunch of breaks due to scheduling snafus, he came back to me every time, instead of having a 10 minute argument about whether or not he really did have to go back to work.

We got a 62.7% on Training 2, and a 63.6% on Training 3 - not our best scores ever, but very consistent tests overall. We continue to score well on the centerline (I could probably get 8s every time if we had consistent move-offs) and canter transitions (what tha what?), but get dinged on relaxation and impulsion. We rode in a small arena (wow that's cramped!) and there were some super deep spots in the corners, but I kept my leg on and he plowed through them like a champ. It was a really good confidence-builder before our first rated show.

We also got a chance to try out some of the swag I got overseas, and Paddy was sporting a reallllly fancy browband.... 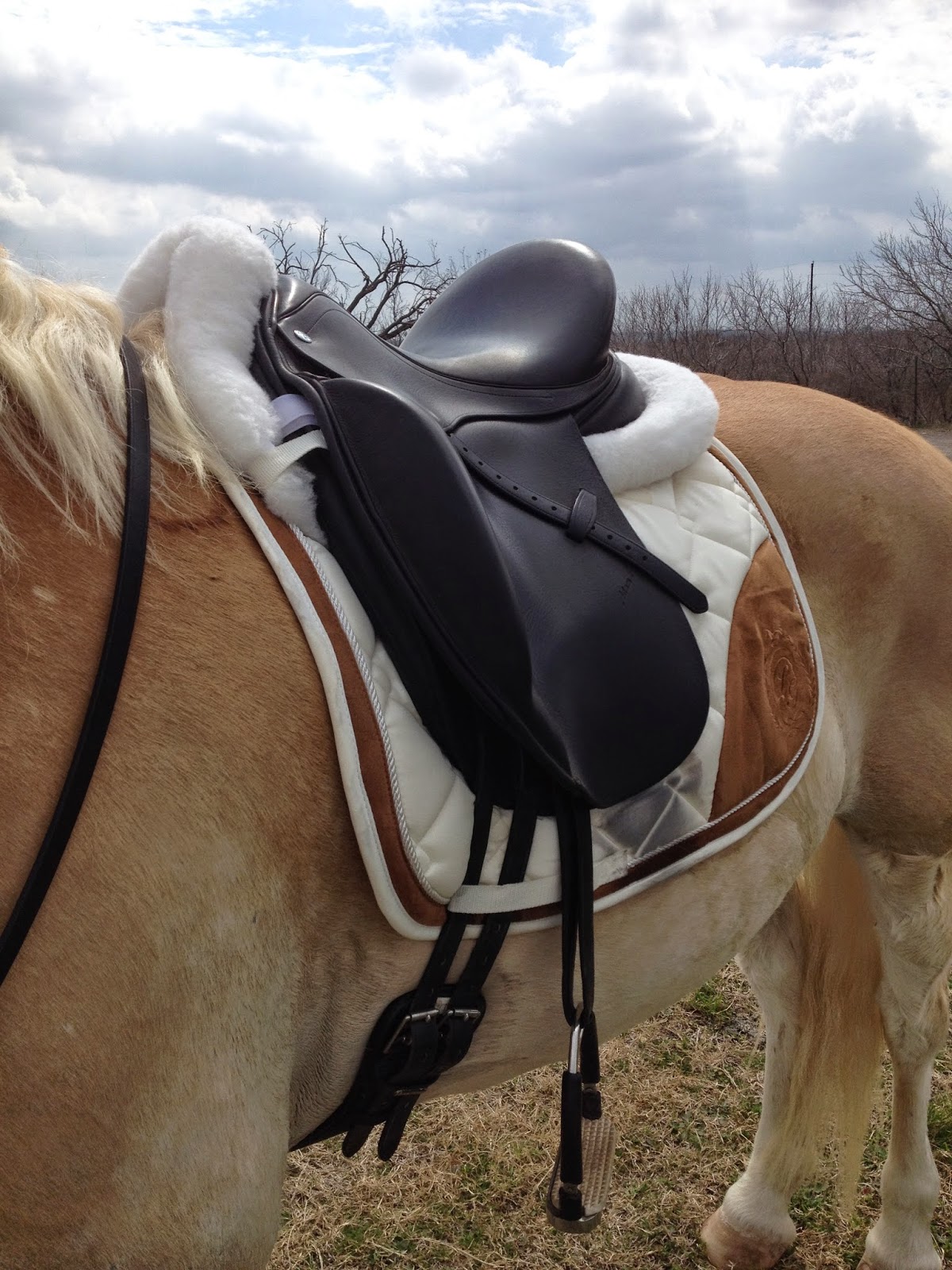 It looked so much nicer before it got all the boot oil on it... :( 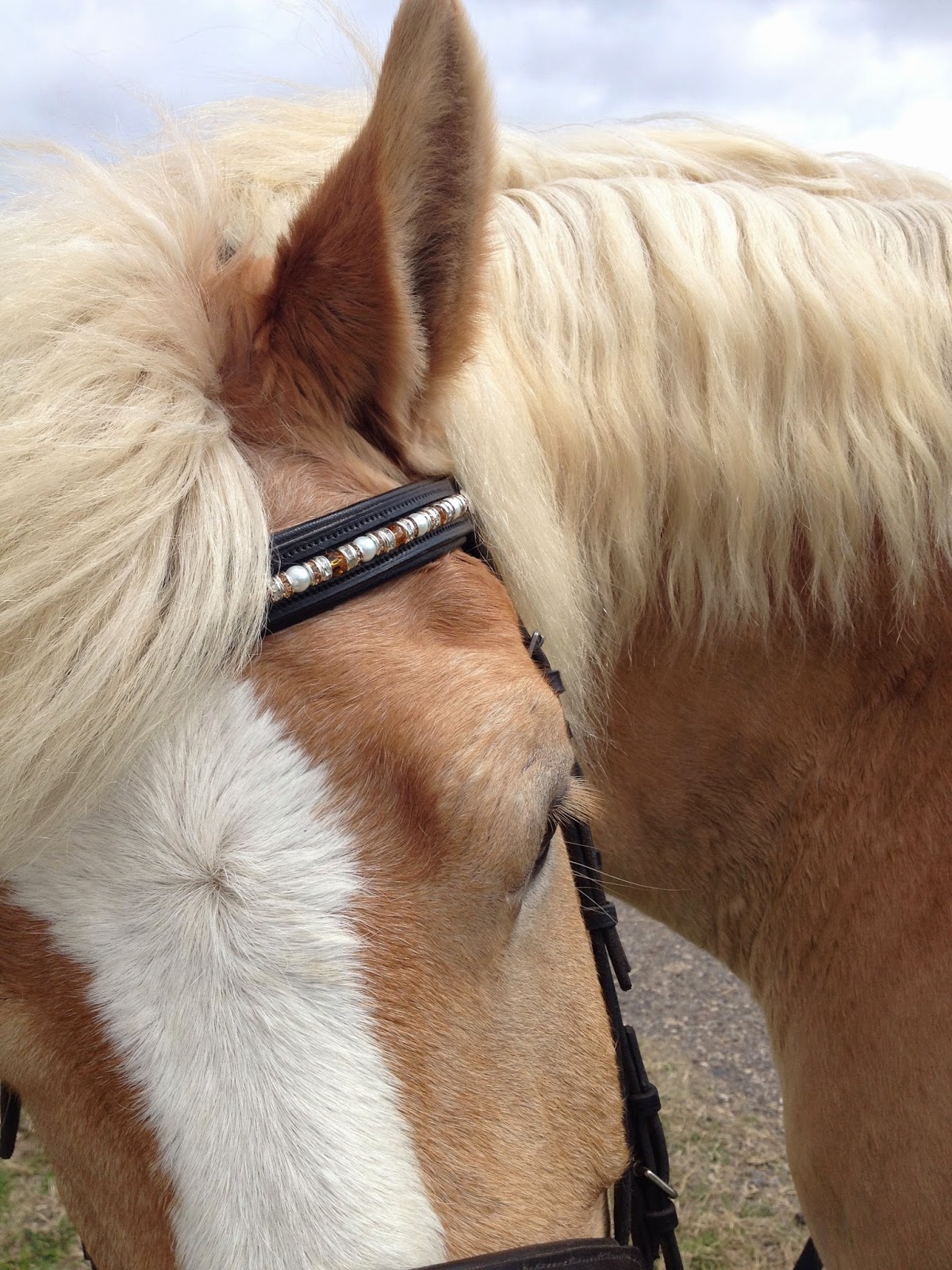 So much sparkle! Thank you Amelia at Dark Jewel Designs! 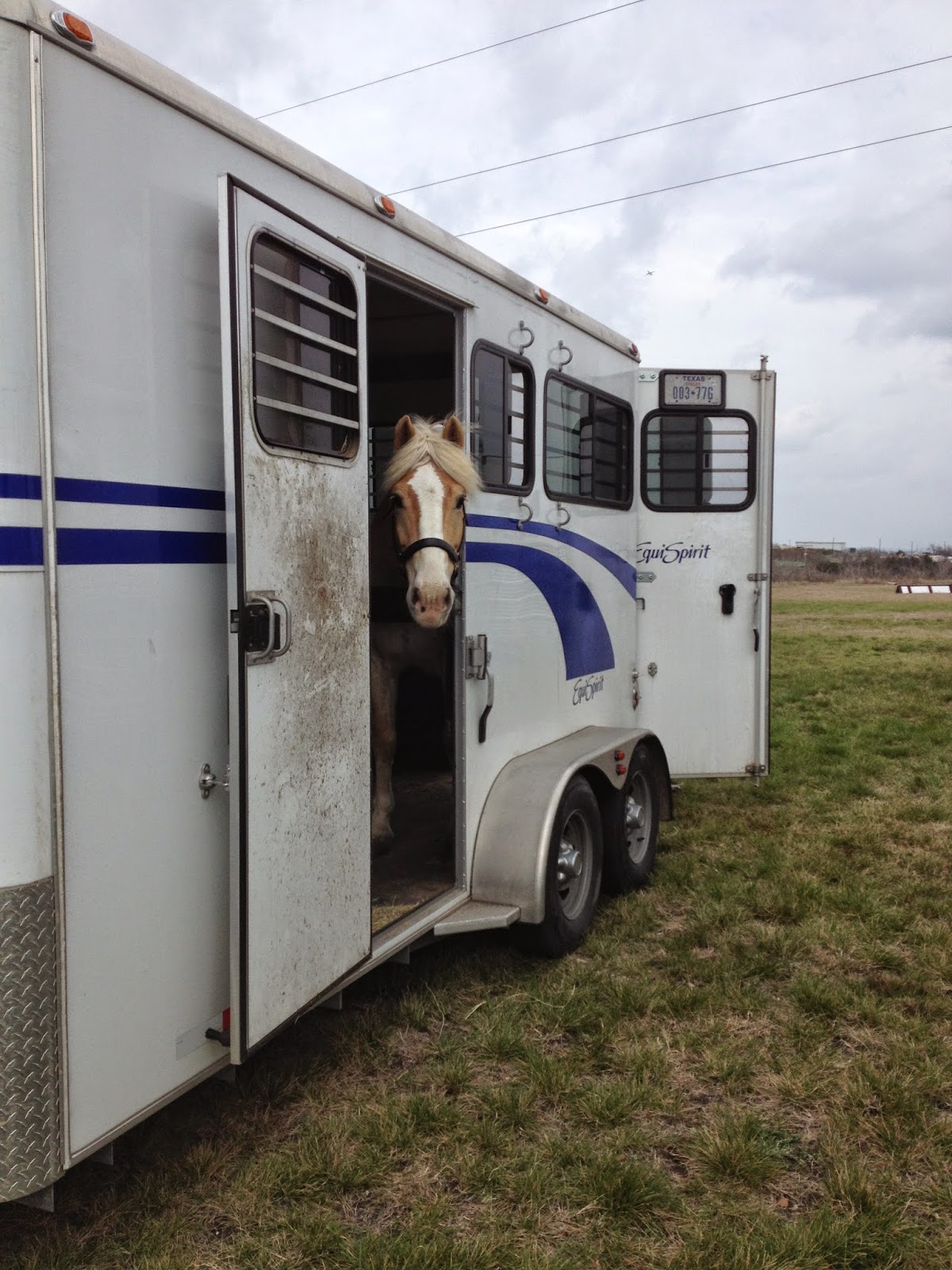 And as usual, Paddy won the award for Most Adorable Pony. Seriously, I got "Adorable Pony" on my test. I was hoping I was safe for just this once...
Posted by jenj at 10:49 AM