When in Mexico, never trust a Dutchman who knows a “scenic shortcut”

This weekend, I joined the husband on a geological field trip down in Mexico. For the past 10 years or so, he’s been studying the Chicxulub impact crater - the one that killed the dinosaurs 66.0 million years ago (he made me write the “point zero” when he reviewed this). He and a number of colleagues, including a Dutchman who wrote one of the original papers on the crater, were planning to collect rock samples at several sites in the Yucatan for additional analysis. My goal was to tag along with the scientists while eating as much ceviche and drinking as many margaritas as I could, and pretend to understand when they talked about accretionary lapilli and megabreccia and whatever other rock terms they use.

The first day was pretty cool – we went to three different outcrops (ok they were road cuts) and gathered samples. I helped by asking dumb questions about rocks that were different colors. The second day we swam in a crystal-clear lagoon with stromatolites (big rock-looking things that are actually made from some of the oldest life forms on earth) and drove to Palenque, which is a huge Mayan city-ruin. The third day, we toured the city (wow, 1800+ buildings with 8000 residents at its peak), and then we headed to the last outcrop. And that’s when the fun began. 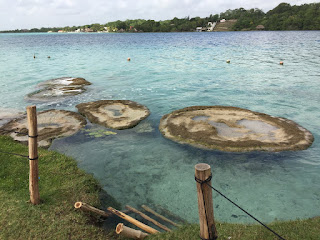 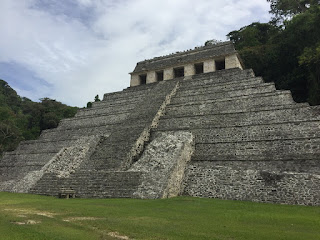 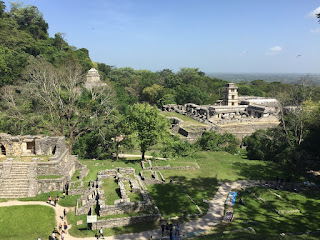 View of the city from the top of the observation tower

As our little caravan of three rental cars turned off the somewhat questionable (yet perfectly serviceable) paved road onto a dirt road, I remarked to the hubs that perhaps our fearless Dutch leader knew a shortcut. Fifteen minutes later, we began to wonder if perhaps we’d agreed too hastily when he had casually mentioned that the shortcut he knew was “paved,” because we hadn’t seen a scrap of pavement yet.

And then we got to the first “bridge”. 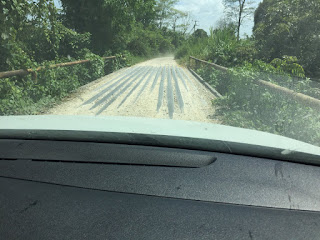 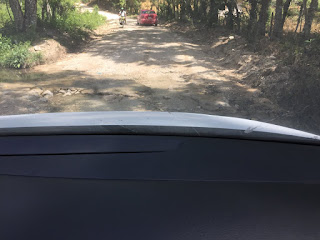 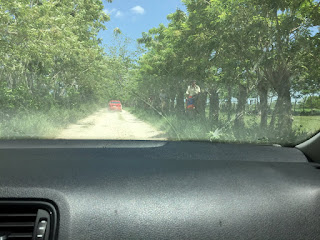 The guys on the right are riding horses, which is totally a legit mode of transportation 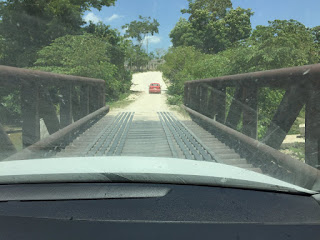 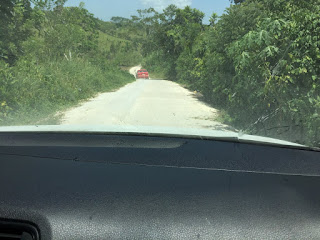 Look! A tiny bit of pavement! We were super excited to see this. 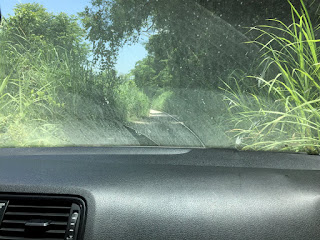 We also drove through a jungle 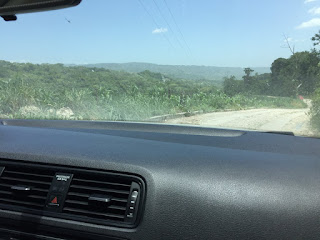 In the .02 seconds that hubby wasn't desperately gripping the steering wheel, we did have some nice views. And then we hit a car-sized pothole. 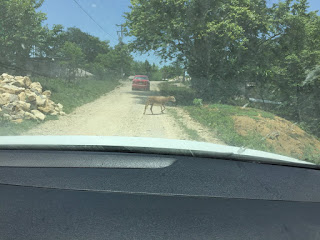 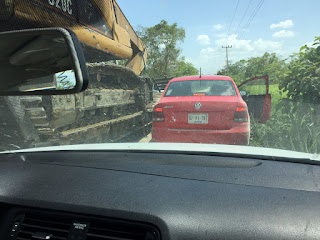 I'm sure there's plenty of room here (like a whole inch). The passenger in the car in front of us opened the door to make sure they weren't about to drive off the 8' cliff on the right. Eeek. 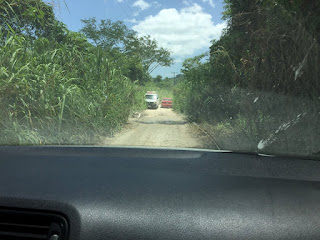 In comparison this is practically a two-lane highway. 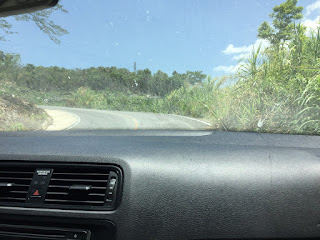 OMG we've never been so glad to see pavement in our lives.

Two solid hours of dodging car-sized potholes, axle-breaking potholes, loose rocks, scraping the undercarriage, really wishing we'd had a Jeep Wrangler, and hanging on for dear life while going 20 kmph, and we made it back to pavement. Another 30 minutes' driving took us to the nearest town (which is not on any of the maps we had), where we got lunch that sadly didn't include a beer. Then it was a further hour's drive to the outcrop, where we all piled out, climbed a bunch of rocks, and chipped a bunch of chunks to take back. 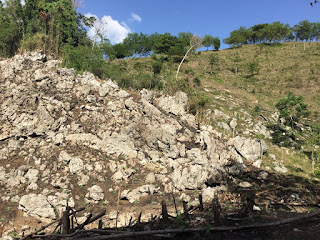 Um, rocks? But really important ones. 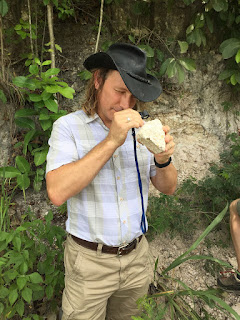 Apparently they are more interesting under a hand lens.

Anyway, we survived our expedition, even after navi-guessing back to the main road since we had no cell service and GPS was sketchy (definitely Type 2 fun omg never again thx). On the bright side, I ate really good ceviche every night, and drank a whole lot of margaritas. Hubby got his samples, so I'd call it a success! 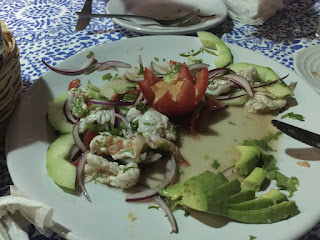 OMG so much ceviche...

Our poor rental Jetta though... I'm pretty sure it needs therapy and is never going to want to leave the parking lot again.
Posted by jenj at 11:47 AM