A room-like object, and neighbors!

We didn't spend much time at the house today since we did actually want to have some downtime before going back to work tomorrow, so we hung drywall. We've got one side of the wall for the new room mostly complete, and now have to do the other side as well as all the "tricky" bits where we have to cut pieces. But it's actually starting to look like a room-like object! 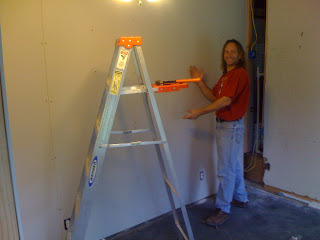 Here's the view of the new room when you walk in the door and turn left (smiling husband will not always be there). 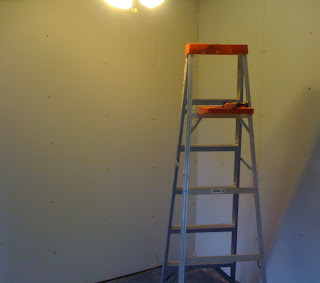 Here's the left side of the room. A queen-sized bed will go here. 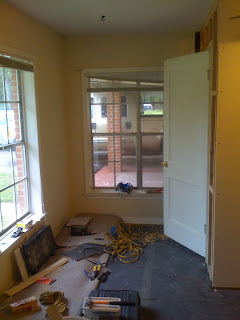 And here's the view looking back at the door into the room. 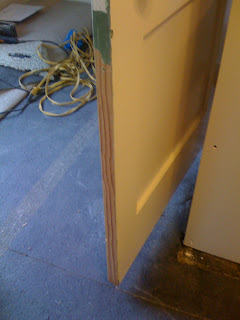 Speaking of the door, I had to plane the lower edge down a bit so it wouldn't stick. Here's my handywork. 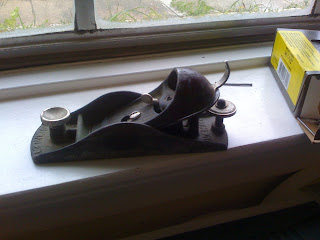 And here's the plane I used to do it. My dad gave us this several years ago when cleaning out his workshop - I believe it belonged to my great-grandfather. It works great! 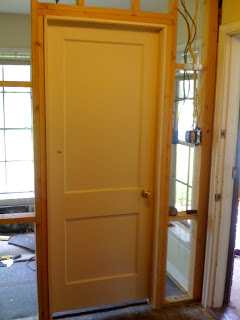 The finished door... note that it even closes, so we must've gotten something fairly square! We snagged this door from the living room where we will eventually being tearing a wall down, so it's original to the house. We're going to try to re-use as many things as possible as we do our remodeling and addition. 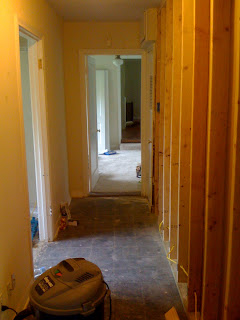 The new hallway. We'll be putting wallboard up here next. 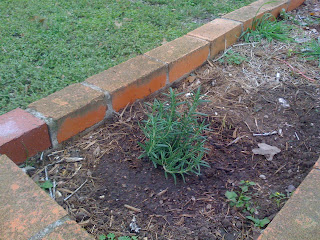 I forgot to take a picture of this yesterday, but my father-in-law gave us a housewarming Rosemary plant. If you've been to our current house you know we have TONS of the stuff growing in our yard. Our new house had none, so we got this cute little guy and planted it in the front entry way planters. Now I just need to pick up another one for the planter on the other side of the drive!

We also met the neighbors to the left of us today (ok, they're the only neighbors we have, but anyway). Very nice folks! She teaches at ACC, he does drilling-related stuff. They've been there since 1979 and have done most of their own remodeling - she used to be a contractor. They were very excited that we were bringing horses in and also the chickens too, and said to sign them up for any extra eggs! They did warn us of the resident fox and also coyotes, so we are going to have to make our chicken coop extra predator proof. We discovered the donkey's names are Rocky and Bullwinkle, and also that the black cat who I thought might have come with the house is actually theirs. His name is Turbo. They are fond of bonfires outside on cold nights, Texas wines, scotch, and cigars. We are very much looking forward to having them as neighbors!
Posted by jenj at 5:29 PM