Update 3 of 5: All the rest of the critters

When I left this blog to its fate, the last post was about finding a name for our new Haffie. I'd like to thank everyone who left suggestions, y'all were really helpful in figuring out what to call him!

Turns out, he's a Gryphon, which works great since he's at Wyvern Oaks. He's a fun little guy - a nice mover and he tries really hard, but he doesn't have that same sense of owning the world that Paddy does. He's a bit timid, and really looks to his rider for confidence and guidance. Whether he'll make a jousting horse is still up in the air. But if not, I might steal him as my next dressage horse because he's super adorable and I still want to do a freestyle to Suicide Blonde by INXS. 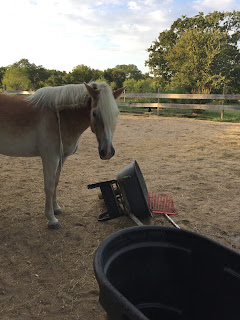 He does have the Haffie trait of getting into everything

In a rather amusing turn of events, Paddy hates Gryphon - unless, of course, we haul the two of them somewhere together, in which case they are BFFs. In fact, and it's only been in the last month that we've been able to put them out together. Taran takes turns hanging with his Haffies, but you definitely will never catch the Haffies hanging together. 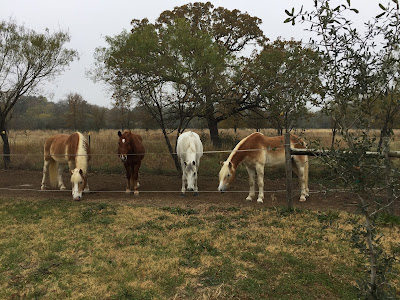 Always keep at least 2 horse widths between your Haflingers 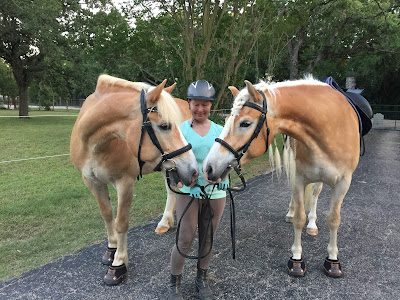 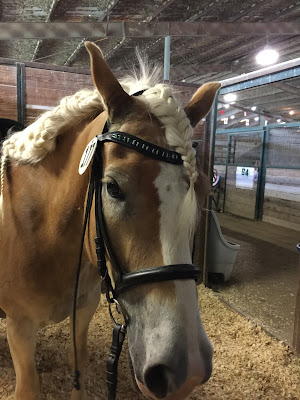 Next up, the Padster. He's continued with his on/off RF lameness and fortunately right now he's sound. Our best guess is DDFT - we've rehabbed him three times now per the vet's instructions, and while he always comes back sound, he keeps re-injuring himself, usually while acting like an eediot out in the pasture. We now make sure to only work on even footing, and try to keep the running around to a minimum, but you know how that goes with horses.  His competitive dressage career is over, but he's still adorable and a jousting savant. 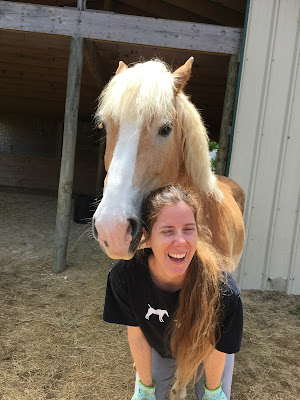 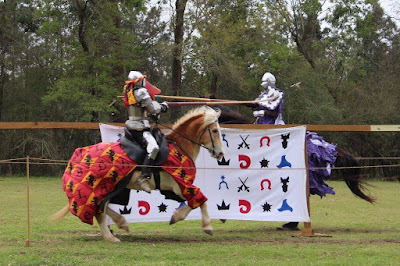 Reddums continues to be the rock of our little herd. The others look to him for guidance and security, and he's king in his role of benevolent dictator - although these days you can sort of tell they're humoring him a bit when he pins his ears and threatens to bite.  He reminds me of someone's crotchety grandfather, waving his cane and yelling "GET OFF MY LAWN" from his rocking chair on the front porch.  Still, he sets a strict schedule and makes sure everyone is where they should be when they should be there. He has a special relationship with Taran - whenever T comes home from a clinic or show, he goes and stands next to Red and you can see T visibly relax. Maybe they tell stories, or he's getting advice? I don't know. Reddums is also Griffy's security blanket - Griffy will slowly sidle up to him, careful not to make direct eye contact, and humbly ask if he can share Red's haynet. Usually Reddums studiously ignores the request until they're sharing the haynet - the herd leader can't be seen as being too lenient, you know.

Sadly, our mutant dog Elias is starting to show his age - he's 15, which is pretty much an antique for a dog his size. The vet found a nodule on his spleen about a month ago, and we've opted not to do any further testing or treatment because of his past history. We're spoiling him rotten (as if he wasn't already) and will for as long as he has. He still helps Gus with guard duties although mostly in a supervisory role. 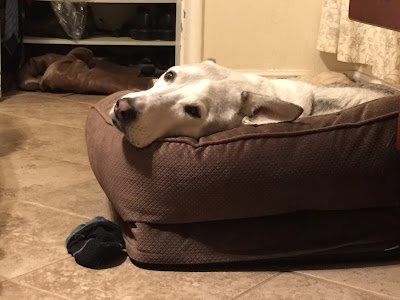 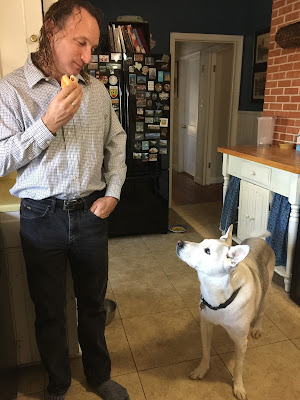 Excuse me but is that a kolache you're eating? 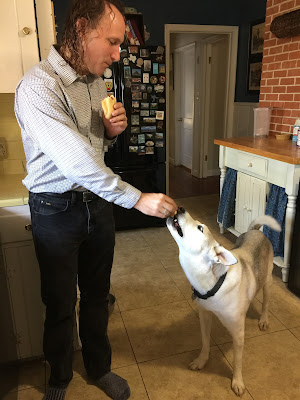 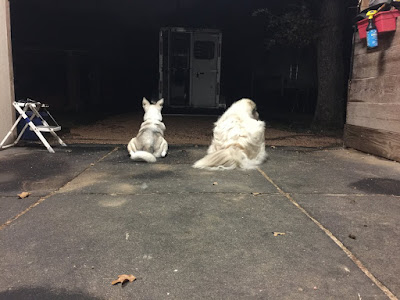 Only a small difference in size

We also adopted three new barn kitties this summer, since Moo and Artemis have mostly retired to a life as pampered indoor kitties and the neighborhood rodent population was getting a bit out of control. Moo is keeping her hunting skills sharp though, and has learned how to kill scorpions (why she couldn't have discovered this talent years ago, I don't know). 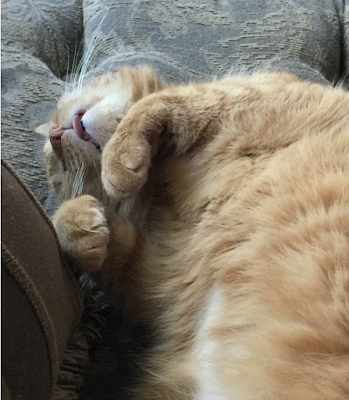 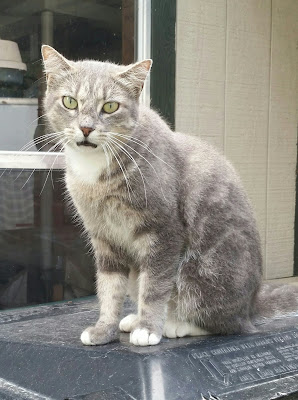 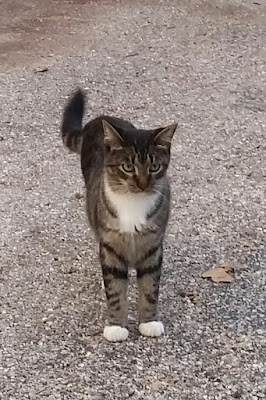 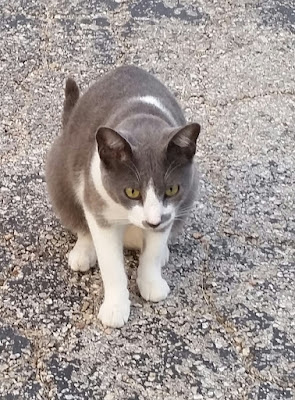 Charlie (because what else do you name a kitteh with a 'stache like that???)

The girls seems to be doing their job well, because although we haven't had any rodents left as presents, we also haven't seen or heard any rats or mice since shortly after we got them. Charlie also alerted us to a smol snek in our back shed, who we relocated to a safer spot where he wouldn't get stuck. 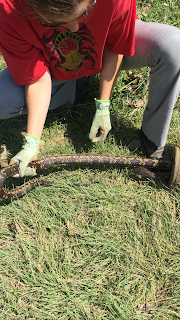 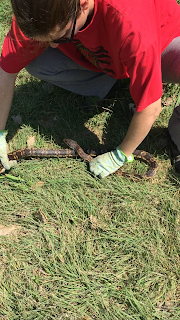 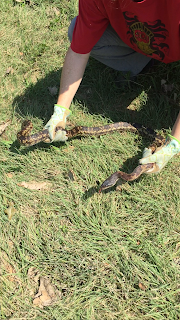 Don't panic, he's a non-venomous rat snek and I was very careful. Hopefully he's off eating lots of rats!

And that's the news from Wyvern Oaks!