Half a new roof

Last week ended up being very productive, even though we didn't end up doing much of the work ourselves. In addition to having the gas line run to the kitchen, we got a new roof put on the slab half of the house. 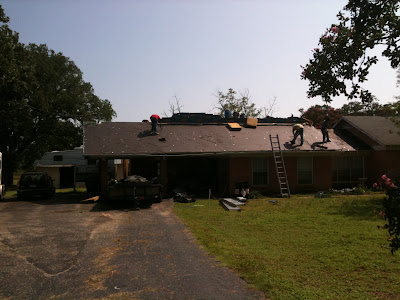 Shingles off, down to the tar paper. Fortunately, none of the roof decking (which is 6 inch tongue-and-groove Douglas Fir) had to be replaced on this half of the house. 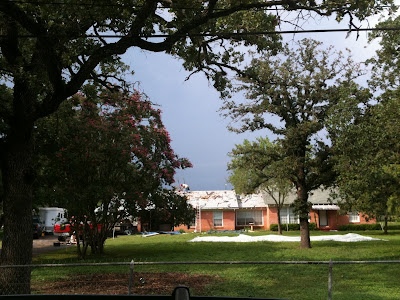 Work progressing - view from the street. 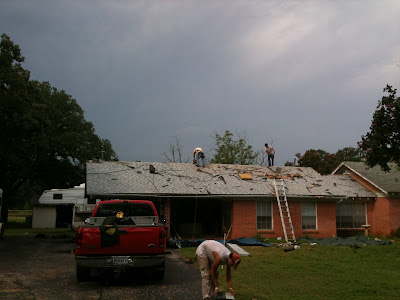 Nearly done - just in time for a lovely thunderstorm to move in from the north (notice the nice black clouds in the background). 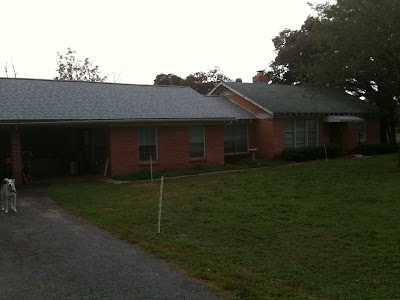 Done. Well, the slab half (left half) is done, anyway. It's really not much different in color than the old greenish tiles, but the new ones are 30 year dimensional shingles and because of the color, are eligible for the Energy Star roofing rebate.

As to why we only re-roofed the slab half of the house, there are a couple of reasons.
We're hoping to get solar panels on the house in the next week or two, so I'll report on that as it progresses. As for the second half of the roof, we are now re-thinking the addition but may still do the front porch. Regardless, we don't want to wait for more than a year (preferably less) to get a new roof on the rest of the house - otherwise the roofing tiles will start to look different with the different amounts of weathering.
Posted by jenj at 9:45 PM