This is the second half of the Story of My New Oven. You can read the first half here.

When last I left you, the gas line had been run, pressurized, and inspected, but the range hadn't yet been installed and connected. Well, the last step finally occurred a few days later, and I had my new range!

I should point out that having the range up and working was really the last element of reaching Appliance Nirvana - new refrigerator, new dishwasher, new range. And, once we had the oven installed, I of course wanted to use it. I haven't done any baking AT ALL since the carbonized banana bread experience, so I'm afraid I've been feeling rather deprived.

Well, the thought of baking something reminded me of a clip from one of the Old Spice commercials... you know, the one where the actor asks, "Do you want a man who smells like he can bake you a gourmet cake in the dream kitchen he built for you with his own hands? Of course you do!" Well, my hubby hasn't started building the gourmet kitchen yet (unless you count the gourmet appliances), but he has done almost all the work on the house thusfar with his own hands (ok, and a lot of help from yours truly and other relatives and friends, but I digress). So naturally, in keeping spirit with the commercial, I told him I wanted him to bake me a gourmet cake.

Now I should point out that my husband Does Not Bake. He's all about fire and active cooking, but if he has to walk away from it for more than 3 minutes, chances are the next time he'll remember it is 17 hours later. Handily, our good friends Alexis and his wife were visiting town, and he offered to bake the cake. I should also mention that Alexis has rebuilt their kitchen with his own hands, after Ike hit their house two years ago, so he most definitely qualified for the gourmet cake-baking. So the hubby and Alexis sort of tag-teamed dinner, with my hubby doing most of the grilling but assisting with the baking as well. 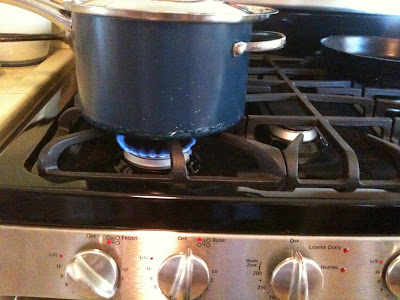 Look, a flame! EEEET WORKS!!! (Insert gleeful cackle and me bouncing joyfully around the kitchen.) 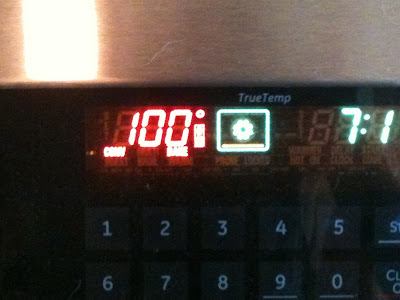 Notice the CONV BAKE. Convection ovens are just the BEST for baking - everything turns out nice and even and it cooks so much faster too! 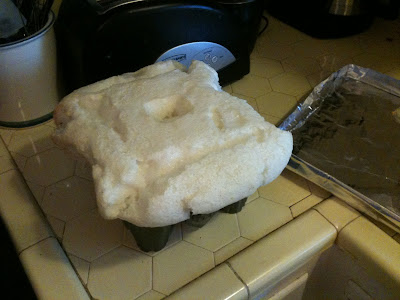 Testing it for the first time: perfectly-done angel-food cake castle (it's upside-down here). 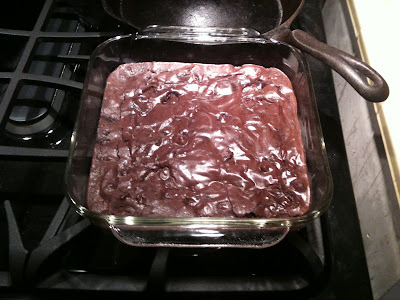 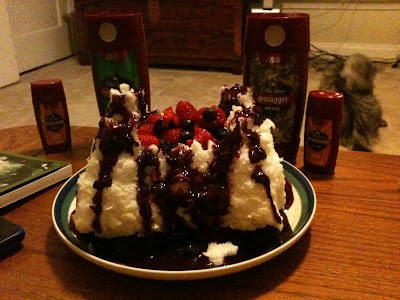 The final product, complete with a raspberry-blueberry compote. I'd say that qualifies as a gourmet cake! (Note Old Spice Body Wash options in the background.)

And that, dear readers, is why my man is just like the man in the Old Spice commercial. ;)

Oh, and in case you're wondering... yes, I have used the new oven. IT ROCKS! I'd just like to leave you with a before-and-after thought... 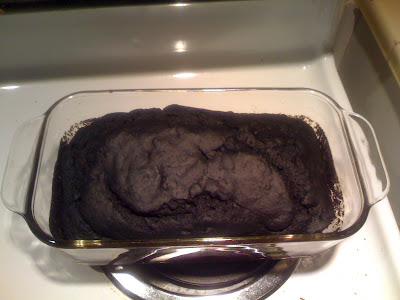 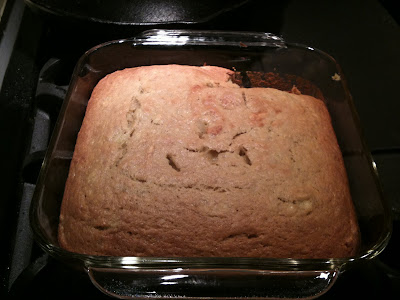 AFTER: New oven creates Perfect Banana Bread (minus the sample I had out of the back corner).
Posted by jenj at 5:42 PM