Artemis, queen of the hunt

Artemis was spayed last week, and she's healing well. So, I decided to let her out of the workshop for a few hours so that she can start honing her mouser-kitty skills and get the lay of the land.

Artemis is definitely much more of a huntress than Maddy is. She spent her time crouching and pouncing on all sorts of things, both real and imagined. The chickens were particularly interesting, although she aborted all of her attempts to pounce on them. I think she was just so excited to get out of the workshop that she spent all of her time running around! She even went under the horse shed and the guest house, and I know we have rabbits living under there. I expect we may have a present or two in the near future when Artemis is allowed out for longer periods of time. 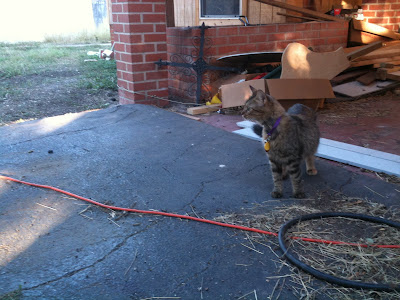 Exploring the carport (sheesh, do I need to clean up the scrap wood pile!) 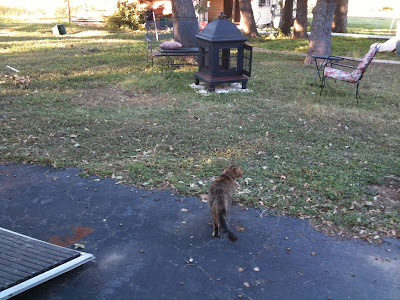 Contemplating going out the grass... 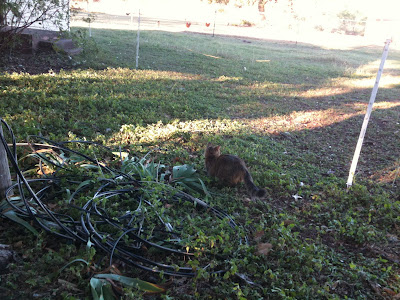 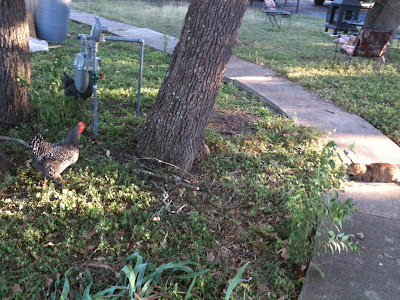 Preparing for the pounce! (which was aborted) 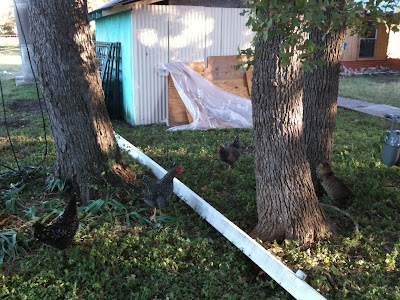 Nonchalantly sharpening her claws on a tree while being watched by three of the chickens.
As the sun was setting, I lured Artemis over to me, picked her up, and put her back into the workshop. She's not as willing to come when called as Maddy is, so I didn't want to leave it till dark. As I was checking food and water in the workshop, I saw a smallish brown scorpion - with no tail! Foxfire has a cat that can pull the tail off scorpions, so maybe Maddy or Artemis can do the same? That would be awesome! Or, if they just want to kill them while they're at it, that would be even better! Hopefully, they have already started their jobs as huntresses. I'm actually looking forward to the first "present" that someone leaves us on the doorstep, although that will probably lose its appeal fairly quickly.
Posted by jenj at 8:44 AM