Now, if we could just have a bit of cold weather...

One of the major problems with the house when we bought it was the fireplace. In fact, our inspector said it was in such bad shape that we should not use it and should even consider ripping it out. We're pretty fond of fires in the winter, so we decided to keep it, and we finally got our fireplace repair guy out this week to fix it.

First off, he replaced the damper, which was rusted through. He added a nice little pull chain so we can open and close it easily. Next, he added a bunch of bricks up behind the firebox - apparently there was nothing but space there before! Definitely a fire hazard. He replaced the chimney cap, and re-mortared all of the bricks on the back of the fire box, which were in pretty bad shape. 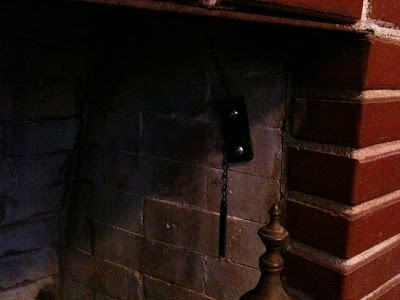 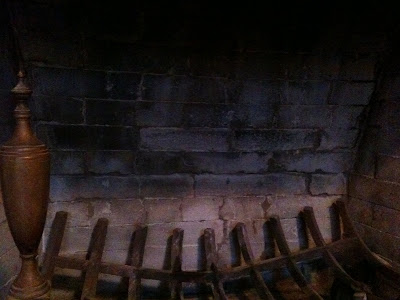 Bricks in the back of the firebox have been repositioned and re-mortared.

We'll actually have to have the fire box rebuilt in a few years most likely - it depends on how long the repairs he did to the brick hold up. However, we may end up turning this into a double-sided gas fireplace when we redo the kitchen - it's really not clear what the long-term plans are for the fireplace. For now, it's functional and safe. All we need is a nice cold snap so that we have an excuse to build a fire!
Posted by jenj at 8:39 AM