It was a long day - lots of driving to pick up two horses, and then lots of shuffling for introductions and figuring how everything was going to work out - but we did it and everyone is safe and sound. Many thanks to Fuzzypony and the hubby for all their help and hard work! 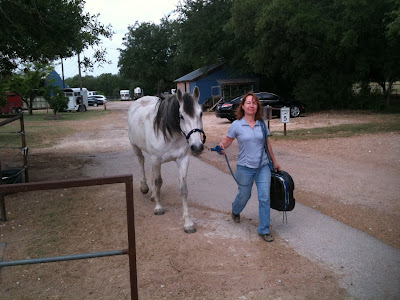 First we went and picked up Fuzzypony's boy Taran, who also moved in with us today. Then we headed over to pick up Cash. 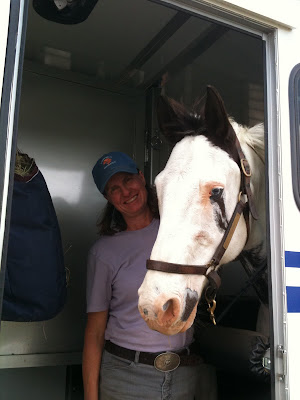 This is Claudia, the BO at Paint Creek. It was hard for us to say goodbye... she's taken such wonderful care of Cash for so long. She's such an amazing lady. I know she's going to miss Cash and he's going to miss her - they really have a great bond. 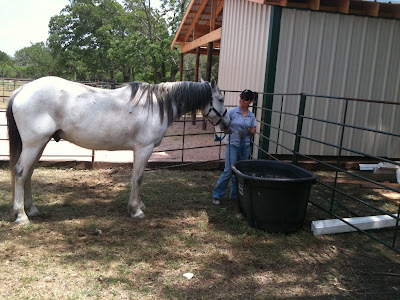 Once we arrived, we showed the boys around. Fuzzypony made sure Taran knew where the water was... 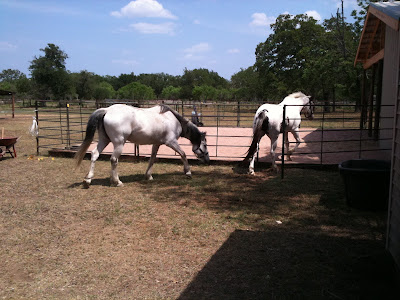 Checking out the new digs. 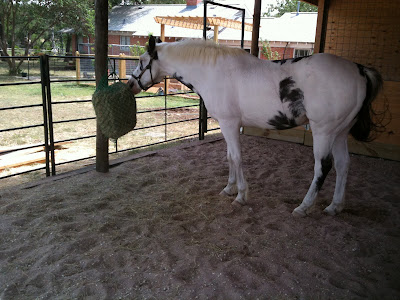 Cash makes himself right at home with a snack. 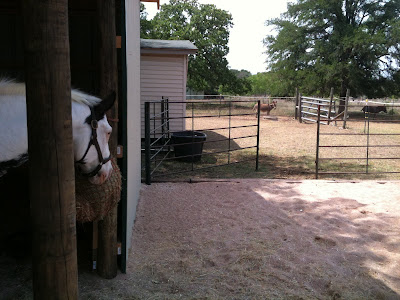 Cash spent part of the day hiding in the barn and watching the eeevil neighbor mini donkeys. 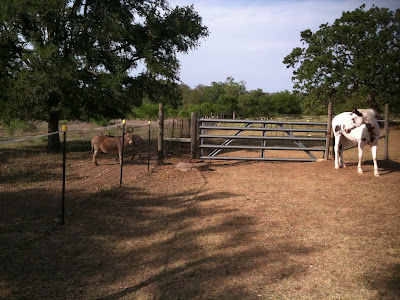 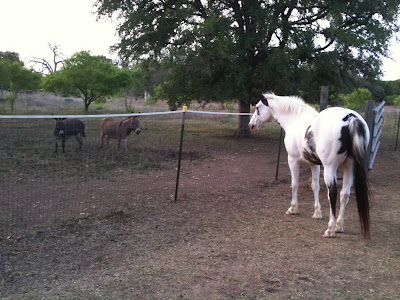 He was definitely not certain about them. I am pretty sure he thinks they are small space aliens... just wait till he hears them bray! 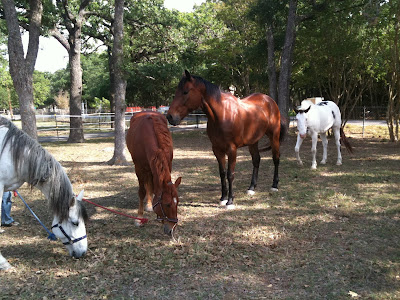 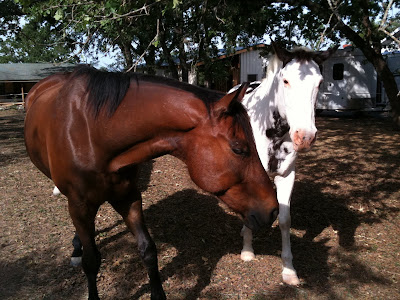 Saga and Cash seemed to get along well. 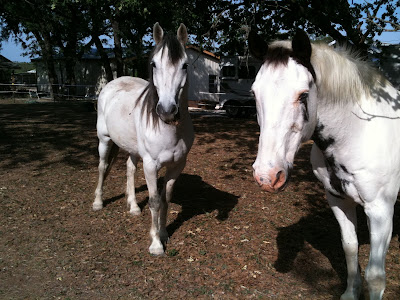 Cash and Taran were pretty much BFF after their trailer ride together. 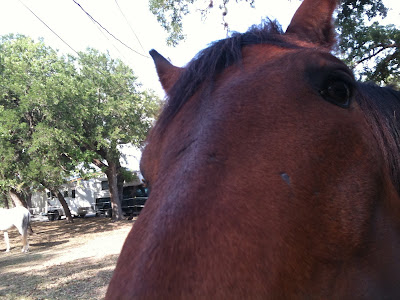 Saga did his best to soak up all the attention and sit in my lap. 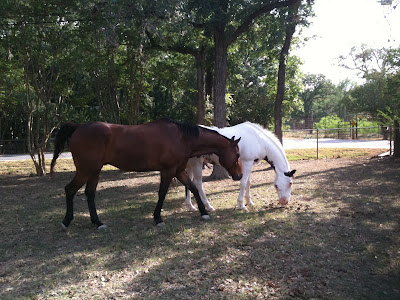 He's boss over Cash, but just sort of walks around with him. 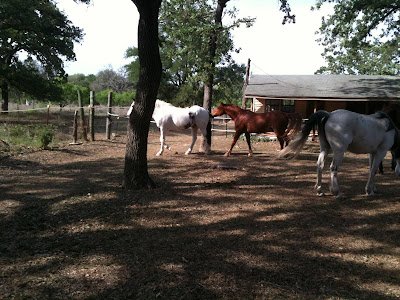 Unfortunately, Red's beating up on Cash - he kicked him twice and ran him through a hot tape gate (fortunately the power was off). Red's incarcerated in the stall tonight to consider his transgressions, while the rest of the boys enjoy night turnout. Bad Reddums! (The hubby would like to point out that as of April 19, Red is 18 and so can be tried as an adult.) 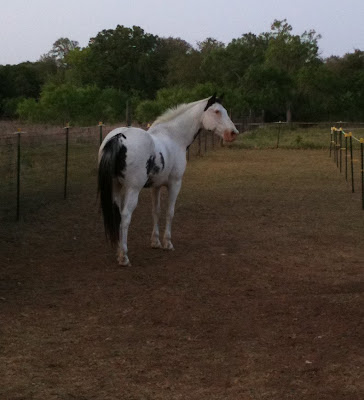 Cash was pretty standoffish initially - I'm not really sure he remembered me very well. However, after a few (dozen) treats and some very quiet behavior on my part (not looking at him, not turning to face my body toward him) he let me approach him more readily. I'd forgotten how sensitive he is about things like that. At night check, he came right up to me (awww) and I started to scratch him on his chest. We used to have these grand scritch fests when I'd turn him out, so I ended up scratching him pretty much all over. He made silly faces and maneuvered around so I could get all the itchiest spots - just like we used to do.

I've really missed him - it's so wonderful to have him home!
Posted by jenj at 10:58 PM