We interrupt this blog silence with an update... from France!

Apparently the Interwebs aren't terribly good in France - we've been here for four days and I FINALLY have access! We're here for a family wedding in the south of France, but spent a few days in Paris to see some of the sights. Both hubby and I have been to Paris before, so we skipped some of the "standard" tourist attractions like the Eiffel Tour and the Arc de Triomphe. However, it's been almost 20 years for us, so we decided to see some of the museums we didn't remember too well. 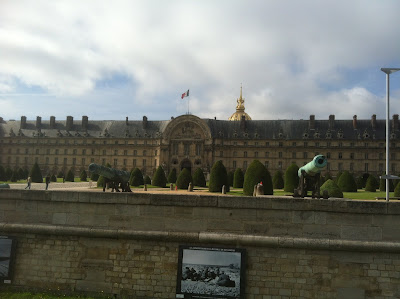 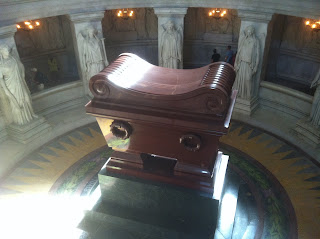 In addition to holding an impressive armor collection, Napoleon's tomb is housed in the Musee. Napoleon was adored by the French, but hated by European powers - since he and his armies kept, you know, invading their countries! This tomb is a monument to all the great social and political works he did, from building bridges and public hospitals, to enacting laws based on Justinian's code. It was a very interesting stop! 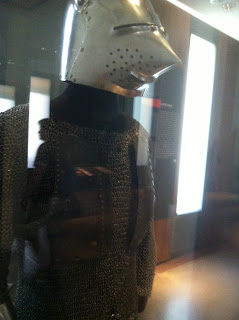 Then on to the armor exhibits! Hubby was very excited about this find. It's a suit of 14th century armor, which is VERY rare. I have a ton of pics of this including close-ups of the clasp mechanisms and other functional details, which I won't bore you with. :) 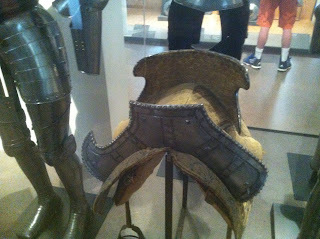 15th century jousting saddle. This one was particularly interesting because the pommel saddle steel is asymmetrical. My best guess is that the slightly hooked steel on the right helped the rider if they leaned over to the left for a better hit. More research is needed! 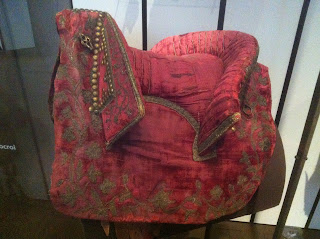 Late 16th/early 17th century saddle. Wouldn't you LOVE to have a modern saddle covered in velvet and gorgeous stitching like this one? I guess that's why I love fancy-schmancy saddle pads so much! 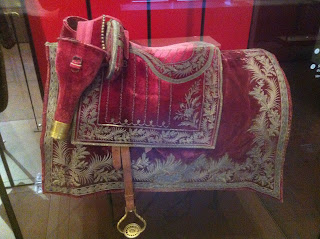 Napoleonic-era saddle. You can see it starting to transform to more of a modern English saddle style, as it's missing the thigh rolls and the very high cantle. 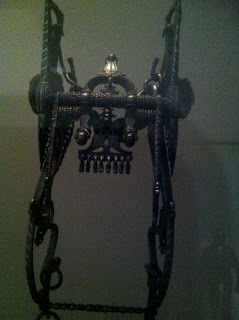 Ye gods, it's a spade bit with a port and rollers and little keys, not to mention the 12 inch shanks... I can't even imagine trying to stuff this into a horse's mouth, much less riding with it! 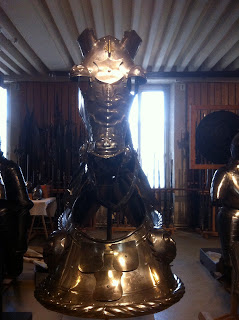 Oberon would look good in a suit like this, don't you think? 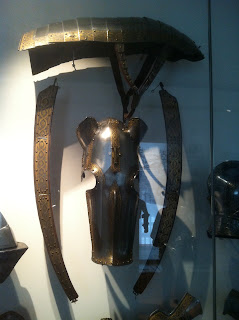 Crinet (top, it protects the horse's neck), chamfron (center, face guard), and engraved metal rein covers.  While we have functional chamfrons, we don't have the crinet or rein covers. Perhaps a new armoring project for hubby? 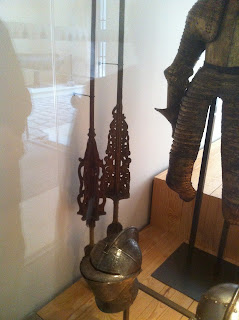 Ring and quintain lances from the 1500s. I've never seen a lance with such a fancy guard! 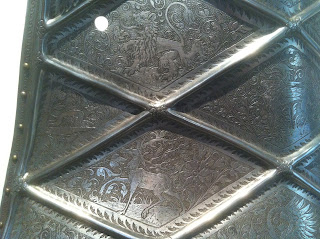 Detail of the engraving on a grande guard shield, used for jousting. These shields were used in the 16th century, and bolted onto the armor. Gorgeous! 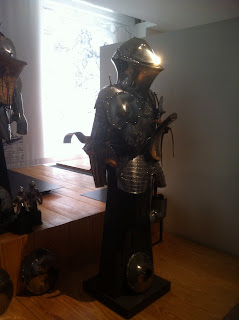 A frog-mouthed helm and jousting suit. This one was particularly interesting because it had a two-foot lance rest (the spiral sticking off the back) on it. I wonder if this made aiming the lance nearly impossible, since the lance would essentially be locked into place? 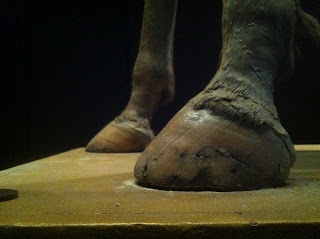 Napoleon's Arabian, Vizier, is stuffed and mounted, on display in the museum. I couldn't help but take photos of his front feet for all the hoof nerds out there! He needs a good trimmer to work on that long toe on the right front, don't you agree?

I have a bunch more pictures AND Internet access for the next few days, so I'll continue to post. In between drinking wine and eating brie cheese on fresh baguettes, of course!
Posted by jenj at 3:50 PM