Doing a wrap-up of this year feels kinda weird... it seems like everything went by in a blur, and we mostly just worked on the same things over and over and over and over again until they were really frickin' good. And then we went and showed in November and I got my bronze medal, the end. 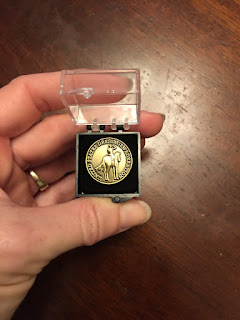 I am more proud of this little pin than I am of my Ph.D.

Ok there was a little more to it than that. We started off the year with Taran in training to figure out changes; meanwhile I rode Griffy and took him to a rated show where we did pretty well. Shortly after that my husband stole him back as a jousting horse and well... no more Griffy for me. 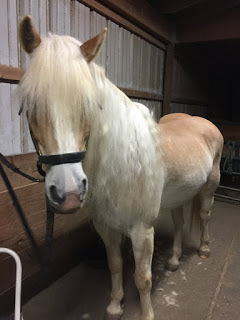 It's probably just as well, because all this hair is a PITA.

Taran eventually came home in May, and we started up with a new trainer since my GP trainer moved back to Virginia (still have not forgiven her for that). We struggled a lot with riding in the heat, and had two colic episodes due to dehydration. We decided that to keep T from overheating, I would only ride him first thing in the morning - which meant that trailering to lessons after work, or going to any shows when it was above 80 degrees, was pretty much out. 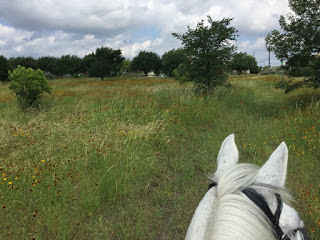 We got some nice trail rides in tho.

We were out of town for a while over the summer and to keep T fit while we were gone, I put him back in training with the new trainer.  When I had my first ride back, it immediately became apparent that *I* was the limiting factor in our progress. So I ended up putting *myself* in full training - five lessons a week, before work. It's probably the best decision I've ever made, because my riding finally began to improve enough so that I could really work on the third level things that Taran already knew how to do. 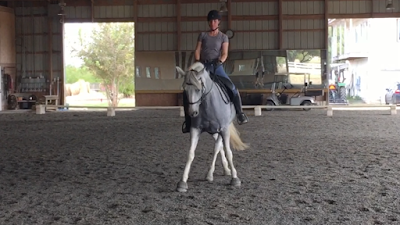 Leaning and collapsing like a pro, while my saint of a horse rocks a half pass.

We also became official Haflinger hoarders this fall when we added Leo to the collection. 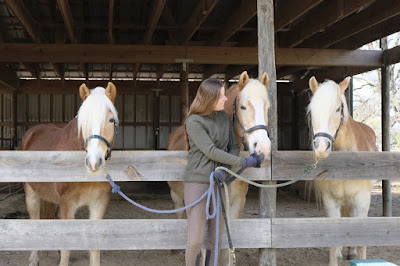 All of them are 100% more photogenic than I am

We had planned on doing our third level debut in October, but Taran tried to rip his eyelid off and recovery was super slow (stupid Cushings). Instead I attended a Mary Wanless clinic, which was really hard and really eye-opening. Maybe someday I'll get around to posting the rest of my clinic notes lol.

We finally, finally, got to show third level. I was nervous as usual (ugh will that EVER go away???)  but T absolutely rocked it with a 67+% and a 64+% on 3-3, good enough to qualify for a freestyle, regionals, and a bronze medal. 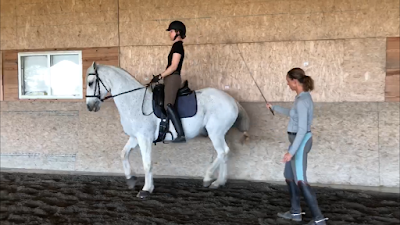 We also worked on piaffe at home, which I never posted about but which was absolutely amazing.

Unfortunately we are closing out 2018 with a bit of uncertainty - T came up bilaterally lame in the front after riding him in a sand arena. At first we thought it might be sore soles - he's only got 4mm and 7mm in the left and right fronts, respectively, but after some time off he continued to be short on the LF. Radiographs of the coffin and navicular joints were clear, but he blocked sound to the coffin joint (which communicates with the navicular joint and also some soft tissue in the area), so injections were recommended. OF COURSE T cannot have normal joint injections because they contain steroids (and Cushings horses cannot have steroids), so we did ProStride (IRAP + PRP) + HA. Right now T is about 98%, but it takes several weeks for full effect. He gets rechecked early in the New Year, so fingers crossed that magic happens, because I REALLY want to do 4th level with the best lil grey wonderpony ever!
Posted by jenj at 12:26 PM