Too lame to ride, too obnoxious to retire

As you might have guessed from the lack of Taran posts, things are not going quite as well as we had hoped after the ProStride injection in his RF coffin joint. 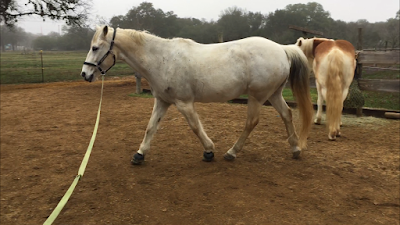 I'm not even sure how this horse did what he did.

We gave it a full month to take effect, but... he's not sound. Or I should say, not sound enough for much other than walk work. 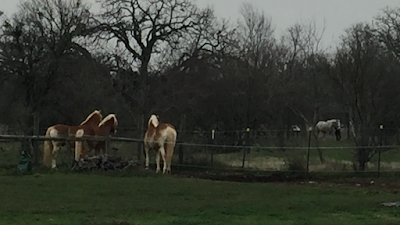 The haffies hate it when he goes for hand walks by himself.

So... we've been doing some tack walking to keep him from going stir crazy. Except, last week when we went out he took off at a MONSTER (lame) extended trot, stuck his nose on his chest, and took off bucking. I stayed on, but it was a little sketchy there for a minute. 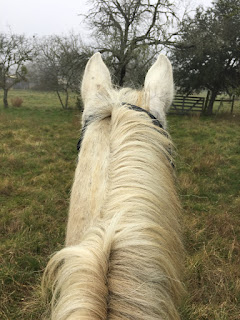 EARZ ON HIGH ALERT OMG (I risked my life for this pic, normally his ears aren't anywhere this near my face)

The other day I put the boys out to graze for a few minutes while I was doing chores, and when I called everyone in for dinner, Taran gave me a big old EFF YOU. The haffies all came running for food, but T just... well, ran. Like an idiot. Bucking, spinning... clearly whatever is bothering him isn't bad enough to stop him from doing dumb stuff on his own time. 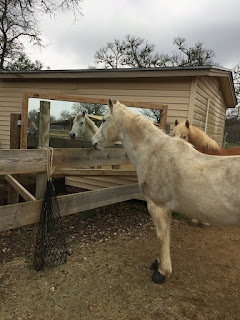 Admiring yourself in the mirror seems like a much more reasonable occupation SINCE YOU'RE LAME.

He's driving the other horses absolutely bonkers, because he gets everybody all riled up and then they just run and run. For some reason, he especially likes chasing Griffy, who is not super excited about Taran's attentions. 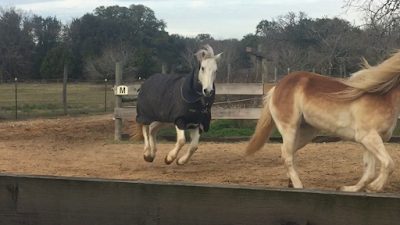 This is fine. Everything is fine.

Unfortunately, T seems going back to his bullying ways, I think because he's not getting as much attention and exercise as he is used to. 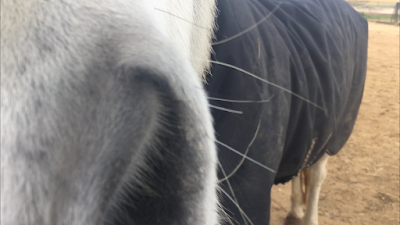 We discussed options with the vet, and at this point we would need to have MRIs done of both front feet to really understand where we're at, and then formulate a treatment plan. And... well, based on his history (nail through coffin and navicuar bursa in 2011, super-thin soles, ongoing struggles with Cushings, etc), we've made the decision not to pursue additional treatment options. 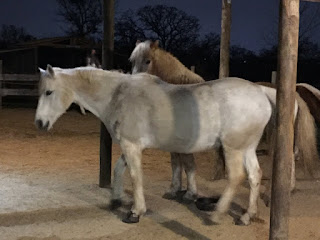 So technically he's retired, in that we're not going to be pushing toward 4th level or any other sort of goals. When/if he's sound, I'll do more with him riding-wise, and when/if he's not, we'll just tack walk. I have no agenda and no schedule for him. If at some point in the future, he's 110%, maaaaybe we'll think about legging him back up for competition. Maybe not. We'll take each day as it comes. 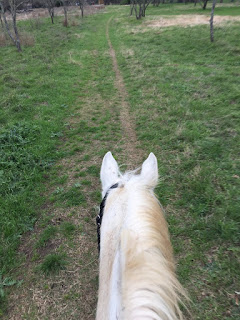 Honestly this is fun too, when he's not spinning and bolting away from the terrifying bunnies.

I rode him last night WTC both directions for the first time in two months, since he was feeling pretty good (a little NQR here and there, but overall good). We worked on straightness, balance, and self-carriage (fortheloveofgodineedtoletgooftheinsiderein), which honestly are things I will always need work on, but it felt good to work on ME and not have to worry about riding a baby. It was also kind of amazing to have power steering and brakes, and remember what a horse who is truly over his back feels like to ride. Not to mention feeling his biiiig, powerful, rolling canter under me again, even for just half a circle. (Ok I know it's not that big in the grand scheme of things, but it feels light-years different from Leo's flat unbalanced racy baby canter.) Oh, and the bucks were nice too.

So that's the state of things in Taran-land. He's retired, sort of... but maybe not really? 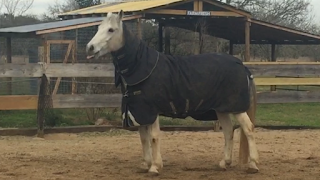 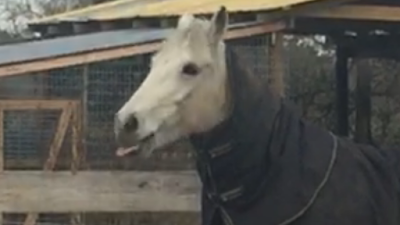