We cleaned out the shed this weekend and found a few gems that we'll probably put up on Craigslist for free. I just want them gone and not in the landfill if someone else has a use for them.

I've done my best creating cute captions that might encourage folks to come pick up these items, but if you've got any ideas, just drop them in the comments or send me e-mail. Remember, it's a personal life accomplishment if your ad gets posted on the Best of Craigslist. 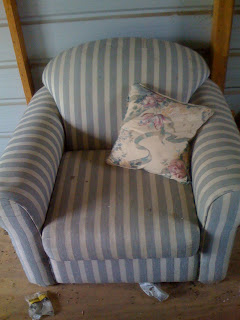 Striped chair. Not sure whether it's comfy or not as we've not been brave enough to sit in it, seeing as how it's been in residence with spiders and scorpions for who knows how long. Bonus floral pillow included. 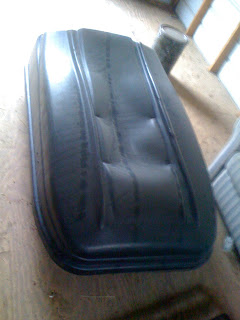 Car-top carrier with four bonus dents. There are also several small tears in the plastic that could be covered with duct tape to make it waterproof again, because we all know that duct tape fixes anything that can't be fixed with a hammer. 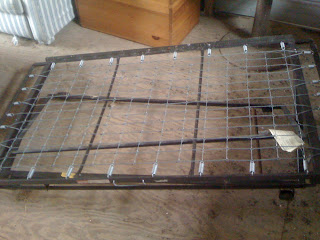 Trundle bed frame for drunken individual - it leans a bit port. Requires hammer to add a screw to make it level, if you want to use it for someone who's sober. 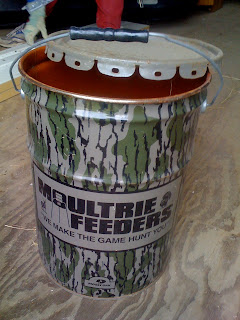 I'd say it's a bucket, but the dang thing has a hole in the bottom of it. If anyone actually used this to feed deer - which appears to be its intended use - they succeeded beyond their wildest dreams, because we have deer the size of my horse and lots of them. 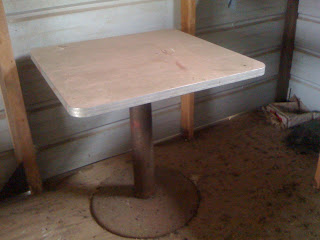 You could probably use this table for scrap metal. It weighs about 100 lbs. Go figure. 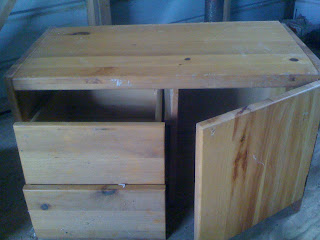 At one point this might have been an end table or an armoire for midgets. It needs some screws (ok, a LOT of screws) to put it back together, but the finish is in good shape, it's got all the pieces, and it's solid pine. Alternatively, you could use it for firewood. 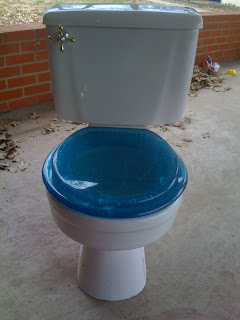 And the piece de resistance... a free designer toilet seat! You could go to Lowe's and buy this beauty for $39.95, or you could get it for free here! Not-so-designer toilet is included in the deal. ;)

UPDATE on the toilet seat: I was just chatting to a friend (who shall remain nameless) who commented that his mother had the exact same toilet seat at her house. I pleaded the fifth about her sense of fashion, then asked if she might like another (because hey, how else am I going to get rid of this thing???). His response was "Please God no. Of course, knowing my luck, I'll be talking to her and she'll say, 'I got this great new toilet seat for the guest bath! Some lady on Craigslist was just giving it away!!' And then I will put my head through my desk." I almost hurt myself laughing... but the toilet seat is still up for grabs.
The Disney Christmas characters are also available for adoption. Please, for the love of whatever deity you choose, get them out of my shed. I managed to prevent my family from putting them up as decorations this year, but I may not be so lucky next year.
Posted by jenj at 10:46 PM