How does your garden grow?

My garden this year isn't really doing all that well, so if you're growing a garden, I hope yours is doing better than mine. Mostly it's due to not getting started early enough, so hopefully next year I'll have more time and do better. And luckily, here in Texas we get two growing seasons, so I can try for a fall garden. 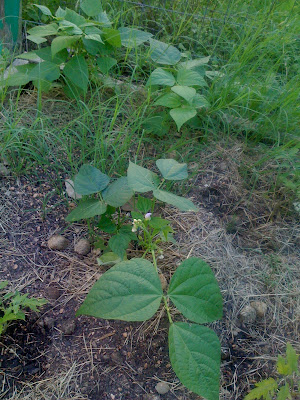 The three bean plants that were left after the chickens snacked on all my newly-planted beans are doing well. Unfortunately, they won't produce enough beans for anything other than a snack or two. 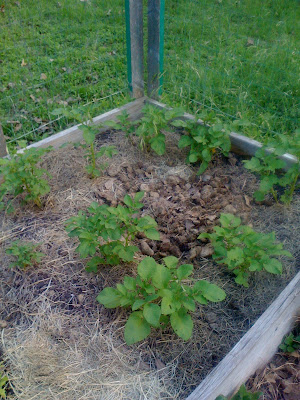 Potatoes. I put more mulch around them after I took this picture. Hard to say how they're doing as they keep all their secrets underground until harvest. I think they are a little light green though, so I gave them some organic plant food. 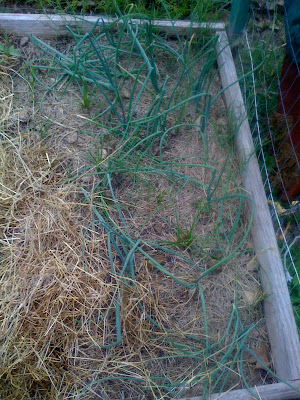 Onions. The stalks should start falling over soon, but I think I got them in the ground too late this year to have anything more than fairly small onions. 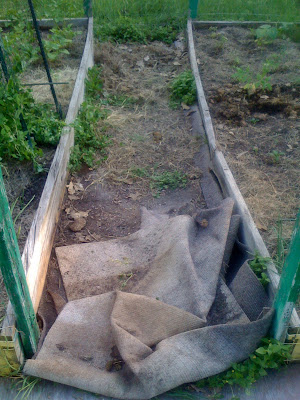 Someone laid down this nasty carpet in the walkway between the beds. Great for keeping down weeds, but NASTY. I pulled it out and tossed it on the trash heap to be removed on trash day and put down mulch instead. 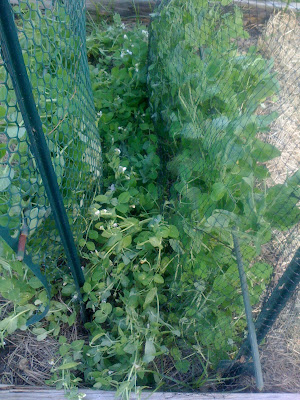 The one thing that seems to be doing well is the peas. Unfortunately, I planted two different varieties on three rows without reading the packages carefully, and the peas in the middle row are apparently a dwarf bush variety while the outer rows require support. I managed to untangle the plants and put in some netting to separate the rows, and they seem to be doing much better now. I even got a small handful of snow peas from the bushes in the middle row, but they were so tasty I ate them all before I even got back to the house.

What do you have growing in your garden this spring, and how is it doing?
Posted by jenj at 8:00 AM