In search of names

A bit ago, I posted about two kitties I had adopted from the Town Lake Animal Shelter. I apologize for not updating sooner, but yes, I did take the kitties home as planned, and they are both doing very well and settling in quickly.

Currently, they are lodged in the hubby's workshop. The marmalade was spayed and given her shots the day I took her home, so she needs to be kept quiet until her staples can come out. The tabby has kitty sneezies and can't be spayed until those have resolved, and I am not letting her out when she's still intact. So, the girls are making themselves at home, getting plenty of food and love. 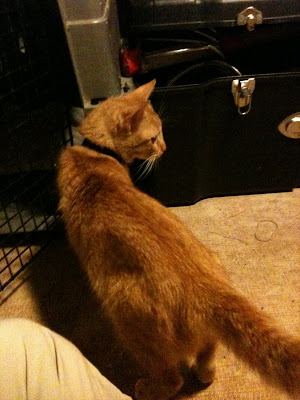 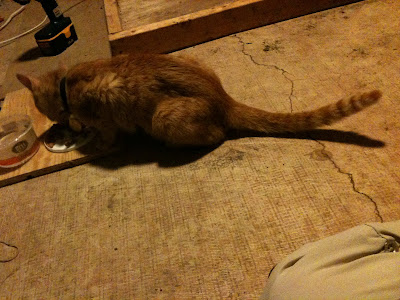 Is it just me, or does she have a really long tail? 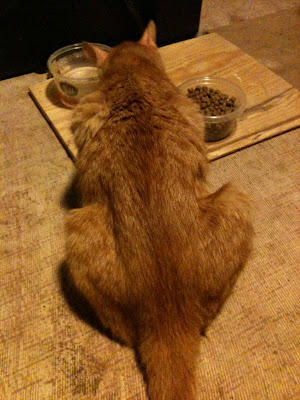 Poor thing - you can see how thin she is here. Fortunately, she's got a great appetite and is already gaining weight! 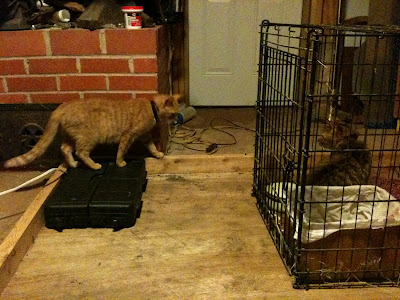 More exploring, this time in proximity to Ms. Tabby. 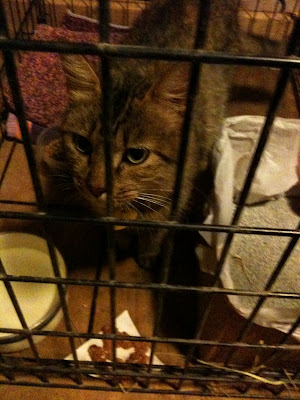 May I come out now, please? I kept both cats in crates for several days, mostly so that Ms. Tabby wouldn't infect Ms. Marmalade with the sneezies. Alas, that didn't work. However, they are both on antibiotics now and getting better. 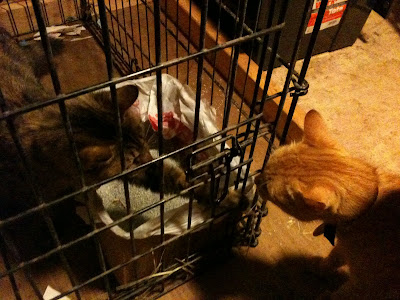 Ms. Tabby likes to reach out and touch things (people, other cats) with her left paw. It's an interesting trait.

So obviously I can't go about calling them Ms. Marmalade and Ms. Tabby forever - they need names! I keep wanting to call Ms. Marmalade "Madelaine" for some reason, so that may be her name. I haven't come up with anything to call Ms. Tabby though. So, I would love it if y'all would post suggestions in the comments. They've been with us for a week now, so the lack of names is getting more than a little silly!
Posted by jenj at 7:47 AM