This weekend, I let Madelaine (Maddy), the orange marmalade out of the workshop for the first time to do a little supervised outside exploring. I should note that her name is definitely Maddy, that's what I seem to want to call her, so we'll go with it. The brown tabby seems to be named Artemis, goddess of the hunt - or so says the hubby. However, Artemis not allowed out just yet since she's not fixed, but now that she's over the kitty sneezies that should happen this week. 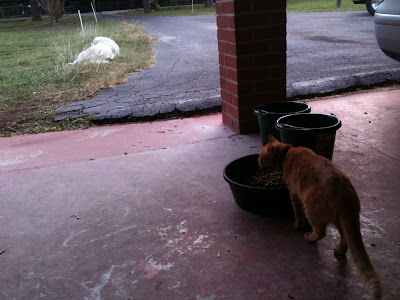 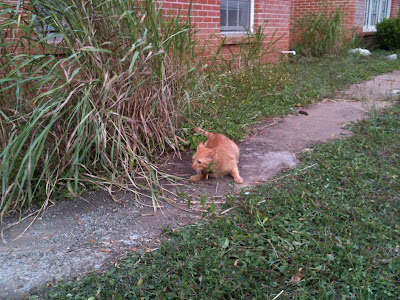 Pretending to be a fierce cat hunting in the tall grass. 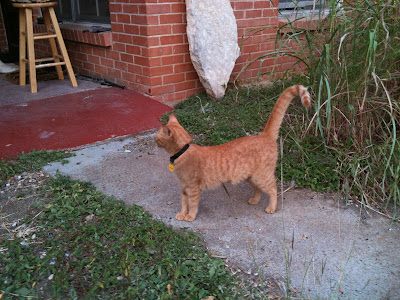 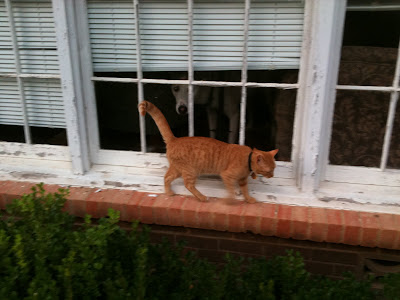 Ignore the peeling paint and focus on the cute doggy in the window watching the cute kitty on the other side of the window. 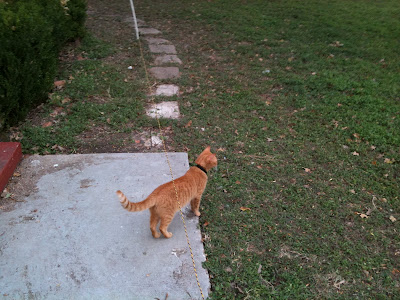 The grass is lava! Don't step on eeet!

Maddy did really well with her first time out - explored lots but came when called and was very willing to go back in the workshop. Of course, her food is in there, so that might have something to do with it.

Next time, I'll introduce her to the chickens!
Posted by jenj at 8:35 PM