The other day, Freya was almost eaten by the couch. Well, OK, really it was by our oversized chair. 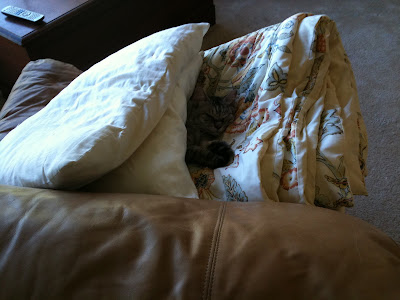 Gravity being what it is, she slooowly slid down the comforter onto the section of the comforter sitting on the seat of the chair. The pillows ended up on top of her. 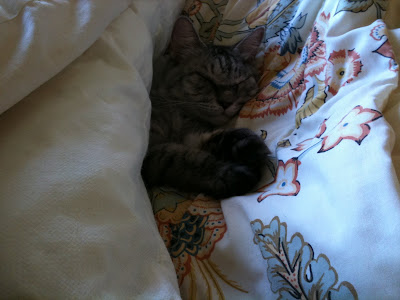 Freya was very worried about the entire process. In between naps, of course.

Fortunately, she managed to extricate herself before it was too late.
Posted by jenj at 6:15 AM