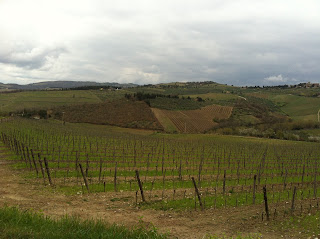 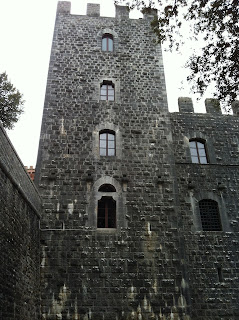 The original tower, built in the 11th century, of Castello di Brolio. 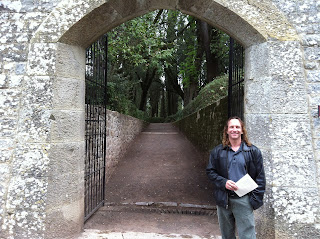 Hubby at the entrance to the castle gardens. 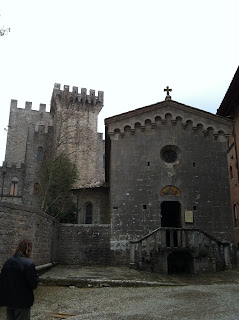 The chapel for the castle, with the tower on the left. 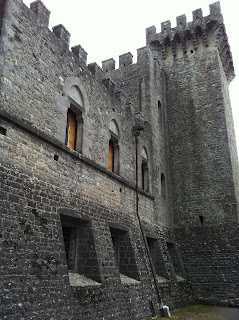 More of the castle - you can see where the stone changes color is where they built an addition. 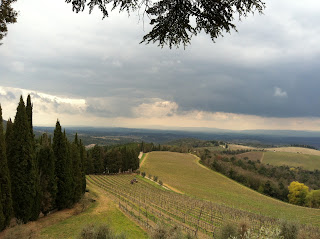 View to the south from the castle wall. 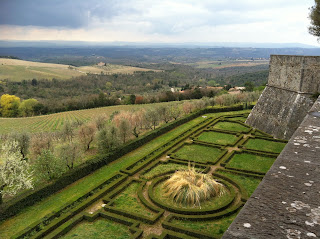 View north-west from the castle wall. The castle was a very strategic point - its owners backed the Florence republic, and Florence was constantly at war with Siena. You can see Siena from here, so they could always see if there was an army marching out from Siena! 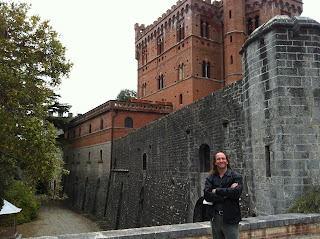 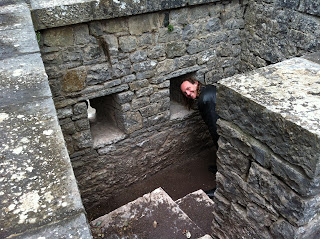 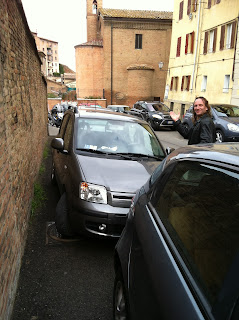 We are getting much better at parking our car. Note the classy job where we're half on the sidewalk (no kidding, this is how they park over here!) 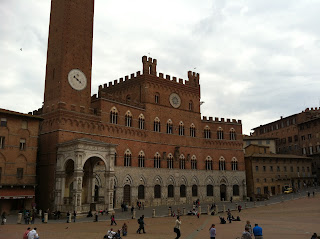 Next, we visited Siena. This is the central Piazza il Campo, with the Palazzo Pubblico. This Palazzo housed the town hall for hundreds of years, and is full of beautiful frescoes from the 13th and 14th centuries. The tower on the left is one of the tallest in the world of its type, built in 1296. Incredible! 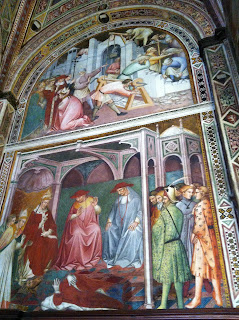 One of the many frescoes, showing how the Italians defeated Frederick Barbarossa of Germany. 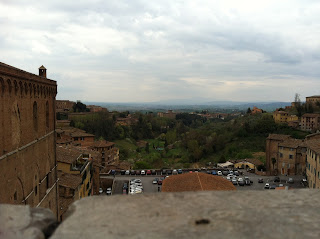 View from the Palazzo. 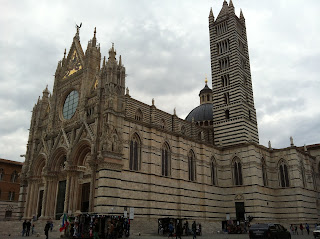 The Duomo in Siena, 13th - 14th century. It's famous for the black and white marble stripes, which are also all over the inside of the cathedral. 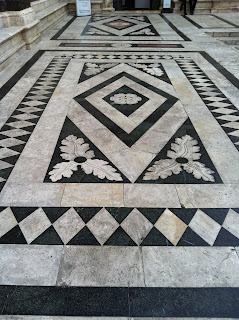 Inlaid marble walkway outside of the Duomo. 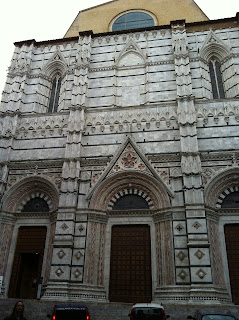 The bapistry around the back of the duomo. The doors are original, built in 1345. 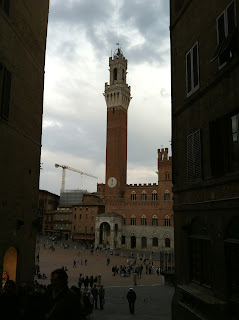