We've had Gus for just over a year now, and until recently, he's never shown any interest in a dog bed. Then, about a month ago, he started getting up on the couch at night.

Did I mention that we have a strict no dogs on the furniture policy at our house? And do you have any idea how much hair a Pyr can dump on the couch in one 8 hour sleeping period? It looked like someone had knitted our sofa cushions.

So off I went to Costco, to procure the largest dog bed I could find. This turned out to be a duplicate of Elias' 42 inch round bed. I'd show you a picture to prove that it was too small for Gus, but he wouldn't stay in it for long enough for me to take a picture, so you'll just have to take my word on it.

Next up, I visited a couple of local pet stores. Apparently a 30x40 inch bed is considered XXL. Gus said this was unacceptable.

So of course I ordered the biggest bed I could find off Amazon. This turned out to be a 47x38 inch Serta memory foam bed, which I was pretty sure we could use as a guest bed in a pinch. It arrived on Tuesday. 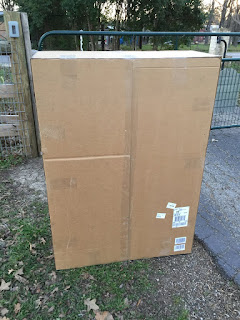 This is the biggest box I've ever seen. 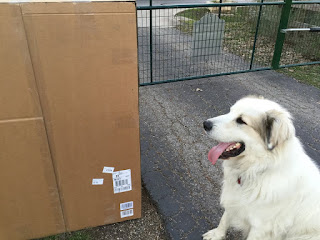 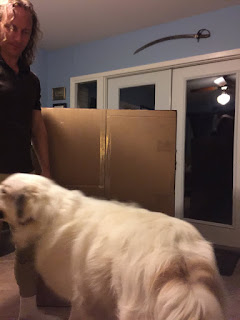 Husband and Gus for size comparison. At this point we were both wondering if I'd actually bought a human-sized TWIN bed by mistake. 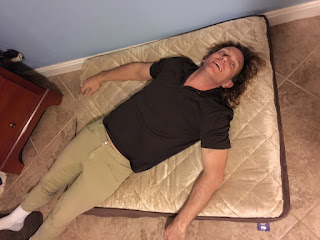 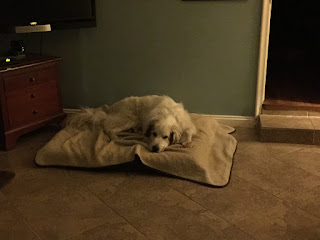 It kinda makes him look small... 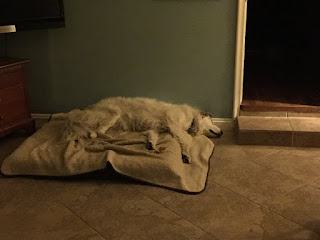 The Gus seal of approval.

The things we do for our animals.
Posted by jenj at 8:37 AM